The King of Impossible 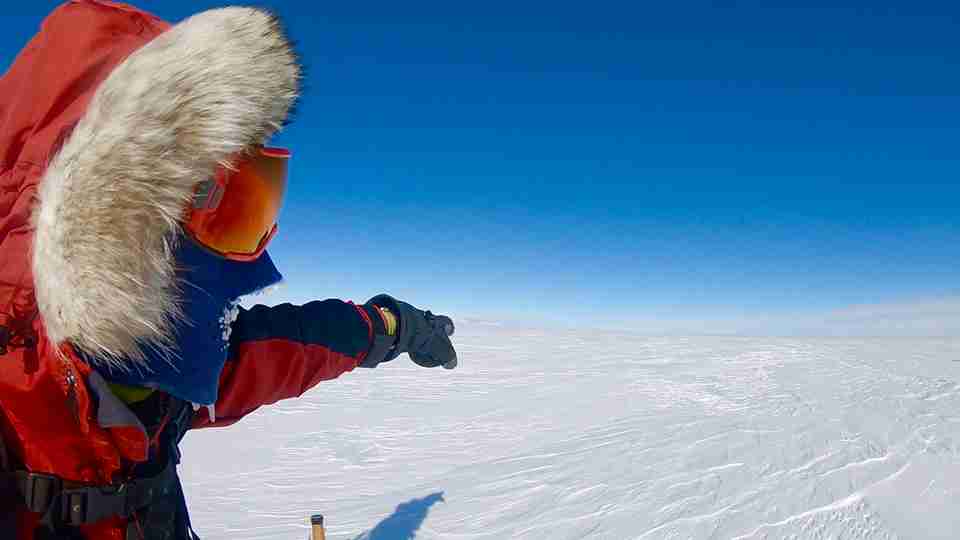 Here in the States, the day after Christmas is an amorphous time, a non-holiday that seems as if it should be one. On this day in 2018, it was a holiday like no other for Colin O’Brady. After spending 54 days utterly alone, with no support, no help, and pulling a 375-pound sled, he ended his 932-mile solo journey across Antarctica to become the first person to successfully traverse that wildly forbidding continent alone.

His quest, dubbed “The Impossible First” by O’Brady and his wife Jenna Besaw, was unthinkably risky, and some might say the 33-year-old was out of his mind, which, of course, he was. And that is one of the secrets to the success of his crossing: He is an expert at not letting his mind get in the way of reaching his goals.

In the year since O’Brady established his legend, he has spent his time and energy on imparting that lesson. “Growth happens outside the comfort zone,” he recently told BOSS. “We all have these fears that often hold us back, but I also find the reward of stepping outside that comfort zone, getting beyond your fear, there’s so much growth that can happen there. Even if things don’t go perfectly well, there’s so much tremendous growth.”

Personal growth is another realm of expertise for the Washington-born athlete, an avid swimmer recruited by Yale University who earned a bachelor’s in economics between meets. After graduation, he grabbed his backpack and surfboard and set out to see the world — until tragedy irrevocably changed the trajectory of his days. While he was in Thailand, a fire caused burns over 25 percent of his body, mostly on his legs and feet. Doctors were convinced he’d never walk normally again.

So much for conviction. Eighteen months later, O’Brady entered his first endurance race, the Chicago Triathlon, and won. As a professional triathlete, he went on to compete in 25 countries on six continents. Then, he committed his efforts to winning The Explorers Grand Slam.

No offense to Sir Edmund Hillary, but the Grand Slam makes his achievement seem quaint. To achieve the distinction, today’s climbers must scale the Seven Summits — the highest peak on every continent — and reach the North and South poles. Fewer than 50 souls have accomplished the feat. Not only did O’Brady do so in 139 days, he completed the mountaineering challenge in 132 days, setting the record for the fastest completion of the event in its history.

From Crazy Idea to Crowning Achievement 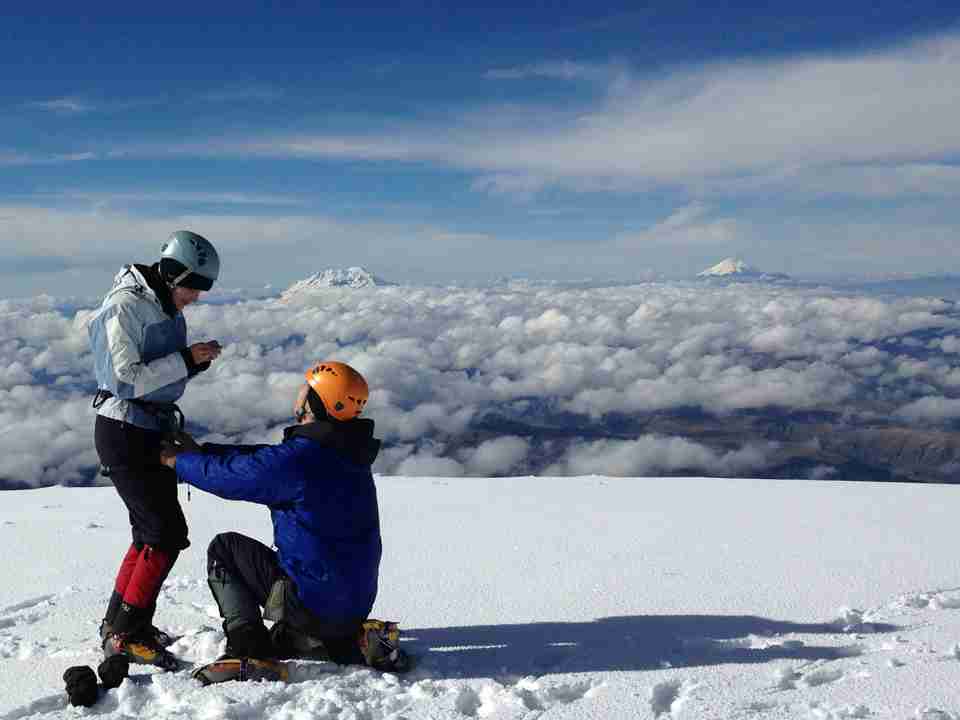 Despite shattering world records and earning his place in the pantheon of the greatest endurance athletes on the planet, getting the financial backing for the Antarctica trek was neither simple nor assured. “It was really the same challenge as any entrepreneurial struggle,” he mused. “For all my years, and for all my world records, it started out with me and Jenna sitting in a one-bedroom apartment with a whiteboard and saying, ‘What’s our dream? What’s our vision? What’s our goal? What are our values? How are we defining them?’”

Two years before the Grand Slam, the couple dreamed of winning the event then starting a non-profit venture to bring people back to whole and healthy lives. “That all sounds great, a world record and a non-profit! It was just Jenna and me with a laptop and a whiteboard, nothing else. No funding, no resources, no background necessarily in large-scale media and sponsorship. We really had to build it from scratch, which is something anyone reading this magazine can appreciate,” he said.

That’s familiar to anyone establishing a startup and hunting for backers. “You get a hundred no’s before you even get to one maybe, and 200 maybes before you get to yes, so it’s a process that oftentimes requires just as much perseverance as the physical peaks themselves,” he confirmed.

In addition to pitching for sponsorship, O’Brady also had to pitch to himself in order to take on an endeavor that could end his life, and his first stop at death’s door gave him the tools he needed to prepare for the trip. “It’s all about preparation,” he said. “I’m not a big believer in the fixed mindset. The difference between a fixed mindset and a growth mindset is that a fixed mindset says, ‘I do not have this set of skills, and this is who I am.’ With a growth mindset, I may not have the skills required to achieve whatever goal I’m setting, but I believe I can train and adapt my body and mind to get to a place where I can achieve these goals. When I set the goal to become the first person in history to cross the entire continent of Antarctica solo, before I made it, I wasn’t ready to do it. But I still believed that I could.

“For me, it all comes back to the mindset, to managing the objective fear in your mind. I’m pulling a sled across Antarctica, I’m completely alone, often it’s minus-80 degrees wind chill, with a 375-pound sled behind me. There’s nobody out there, and no one in history has completed the mission before. Unfortunately, people have died trying,” O’Brady recalled.

With funding and perspective achieved, nutrition came next. Surviving the trek physically and mentally meant he needed to consume 8,000 calories a day. O’Brady worked with the integrative clinical team at the Standard Process Nutrition Innovation Center to prepare his body. As a lifelong organic foods disciple, his partnership with the organic, whole food supplement developer was ideal.

Charles DuBois, the company’s president and CEO said of O’Brady, “(It is) his story and his accomplishments that inspire us. He uses his athletic pursuits to fuel his charitable work, encouraging others to lead active, healthy lives and pursue their biggest dreams.”

Terror is existential: We all feel it at the most dire, desperate points in our lives, and in the moment we choose to follow our dreams. “There are a lot of things that can lead you down a fear path rabbit hole pretty quickly if you let yourself get too targeted by the fear,” he explained. “I really worked on objectifying fear in my eyes, and what I mean by that is observing the fear, not pretending like I’m not afraid, not pretending that I’m not doing well. ‘I’m afraid right now. Why? What can I do to calm that down?’

“I find a meditative practice to optimizing my mindset to be calm both in the highs and in the lows has allowed me to keep one foot in front of the other, and I think that applies for any person in any business venture: It’s a state of mind. The fear originates in the mind, and when we set new goals and dare to dream greatly, commonly there’s the voice inside our head that’s going, ‘Is that really possible? Can you do that?’ Maybe there are external voices saying the same thing. ‘Oh, that’s not possible! You can’t!’”

Hence the name of the journey. “I was trying to do literally something humanly impossible, to capture the mind through fear, through strength, and get to a place where calmly and collectively I can access my training and figure that fear out in a way that will be successful in the long run.” 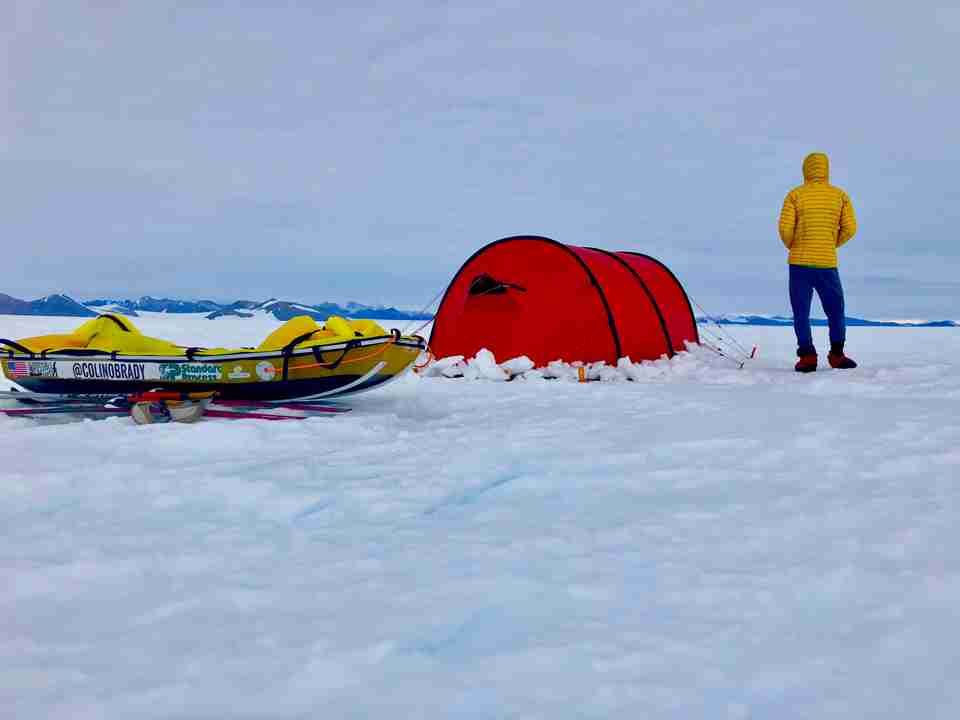 Today, O’Brady is one of the most in-demand motivational speakers in the country, his insights craved by Fortune 500 firms, TED Talk attendees, and those seeking to turn impossible tragedies into impossible firsts. When we asked him if he’d truly known how arduous, dangerous, and lonely his record-breaking jaunt would be, would he have undertaken it, he replied, “Would I take on the project again now that I’ve done it? Maybe not. At one point in time, that would probably be a no. But I find that the experiences that challenge me and test me are where I grow the most.”

The seminal experience of injury and isolation in a foreign country a decade ago was one hell of a growing pain. “I would never wish the emotional and physical trauma of that event on my worst enemy … that said, I learned some of life’s most important and valuable lessons from that process of recovery, the process of my mom surrounding me with positivity and encouraging me to set a goal, which ultimately led to me competing in the Chicago Triathlon, where I actually wound up winning the race, which came as a complete surprise to me.

“That’s really the moment in time that I mark in my life, 10 years ago. It’s not for myself, but all of us. All of us achieve and all of us have that potential to achieve amazing things. I would never want to go through that experience again. However, I wouldn’t be the person that I am or have the insights that I have or been able to do things like the world record without having that horrible experience. I look through all these challenging moments in my life, be it the expedition or other setbacks that I face truly as opportunities to grow and evolve that makes me weave the fabric of who I am.”