Interestingly, government officials and politicians of Iceland never mandated the energy switch to renewable sources. Instead, it was the citizens of Iceland that came together...

Interestingly, government officials and politicians of Iceland never mandated the energy switch to renewable sources. Instead, it was the citizens of Iceland that came together for a push towards change, from streets, to cities, to districts. This unconventional approach meant that local businesses had new opportunities to support the clean energy sectors, and individual entrepreneurs and companies powered initiatives for the country. Today, the citizens benefit from long-term fixed-price clean energy at a much cheaper rate.

It’s perhaps easy to understand why Icelanders are some of the happiest people in the world. According to the Third World Happiness Report, Iceland was the second happiest country across the globe. What’s more, the clean energy movement has helped to attract foreign investments to the country. Today, some of the most impressive data-storage centers, aluminum smelters, high-tech industries, and various thriving enterprises currently call Iceland their base of operations.

Clean Energy Is the Future

Though it is unlikely that Iceland will become the leading renewable powerhouse in the entire world, it does provide a starting point for teaching other countries the way forward. The world could learn from the resourcefulness displayed by this small northern island.

From a diplomatic perspective, Iceland has begun to inspire and develop partnerships with countries that are rich in geothermal energy, such as Indonesia, the Philippines, and Russia — helping them to copy its example. 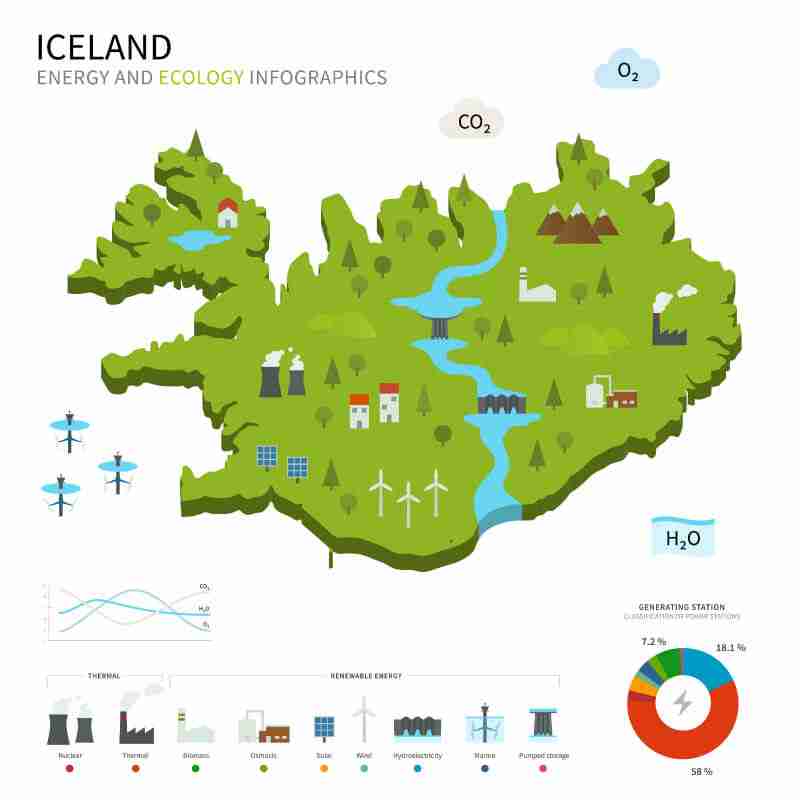 Indeed, Iceland is on track to becoming the very first country in the world to be powered entirely by renewable energy, and this reliance on sustainable power could both improve its economy, and create a bridge to a fossil-free, productive future. For example, Iceland is already taking its green economy to the next level by combining it with the stunning scenery of the country, to attract ecotourism from around the world.

Author Bio: Sam Alkass is a firm believer in solar power and its valuable impact on the future of our planet. Sam helps others generate their own clean, green energy while minimizing environmental pollution. For more solar news and tips, follow his Facebook.