Expanding the Company Amidst Industry Contraction

Expanding the Company Amidst Industry Contraction

The company has been around in various forms for over 50 years, and with a recent expansion plan in 2009 and 2010—with $600 million in investment—CITIC HIC has added tremendous value. The company is home to the largest mining factory in the world, allowing it to be in control of every part of the manufacture of its machinery. This means CITIC HIC can perform the melting for casting as well as fabrication and machining; the factory is even equipped to perform trial runs, making it the only factory in the world that can also support testing.

“We are the only company in the world who can control all of this from our workshop,” said Rajiv Kalra, CEO and global general manager of CITIC HIC. “It’s really put the pressure on our competitors because we don’t buy and sell—there’s no markup for our customers.”

The company’s deep knowledge, understanding, and expertise in China makes it well equipped to continue to capture the opportunities China’s growth brings.

About 30 minutes from its current location in China, CITIC HIC is expanding its brand with a new manufacturing plant. Construction is moving fast: Kalra shared that several buildings are finished, with overall construction about 60 percent complete in just six months since breaking ground on the site. One of the production lines is even operational.

Part of the new plant’s purpose is to become the foundation for CITIC HIC’s move into electrical Medium Voltage Drives, a first for the company. The choice to diversify into this new field was driven by the push for green technology and energy in China.

“Not only will this new field eventually provide a steady stream of income for the business, but in another few years we could potentially see CITIC HIC as a leader in the energy field because of this move,” said Kalra.

He also commented that it is CITIC HIC’s goal to comply with all international specification and regulations to be able to compete in the region on both price and delivery of their product. Currently the company is assembling a team of high-quality professionals to service the region.

The new manufacturing plant isn’t all that is coming out of CITIC HIC’s China operations: the company is looking to open up joint ventures and potentially acquire smaller companies to expand quickly in the market. With new technology always on the horizon, the company’s research and development (R&D) centres in China and Australia continue to service the global market with innovation and quality.

Expansion into the U.S.

Expansion into North America will provide a different set of challenges entirely, but CITIC HIC is prepared with a different strategy for the Western World.

“CITIC HIC has been a supplier to the region for a long time, around 20 years,” Kalra commented. “Once the company realises its expansion efforts, we have the opportunity to sell our products directly, whereas we dealt with middlemen previously.”

The company just started an office in Canada and has already received orders out of Mexico, with others in the pipeline. With a good network of people, CITIC HIC is hoping to grow its customer base quickly, eventually expanding into aftermarket large castings and large forging in the region.

An R&D facility in the U.S. is currently in the planning stages, but no indication has been given on the location or focus of the new location. 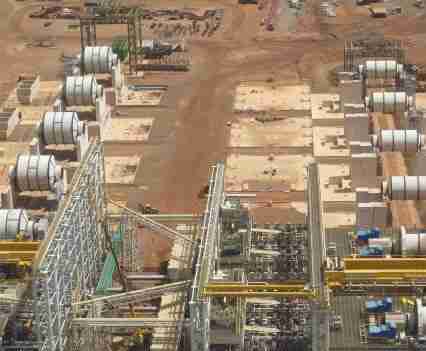 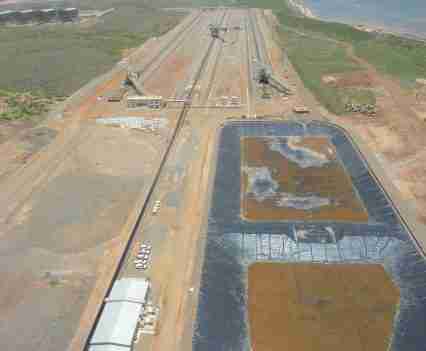 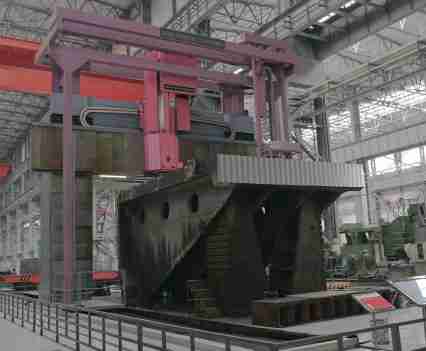 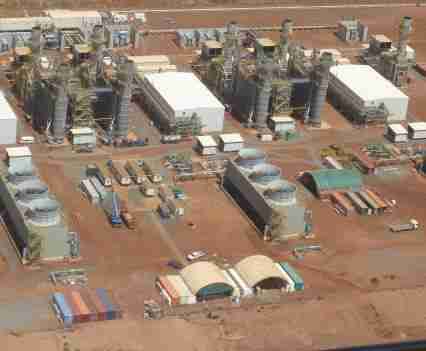 Although the Sino Iron Ore Project is run by CITIC Limited’s mining and steel businesses, it has an incredible impact on CITIC HIC. The project is one of China’s largest investments into the Australian resources sector, and is the largest project in magnetite—which is required for steel—in the world.

CITIC Limited used to buy magnetite from other iron ore projects to make steel for its businesses, but has made every effort to be in control of 100 percent of its operations, including the mining of iron ore.

The Sino Iron Ore Project saw rough times through the global financial crisis, but construction on the site started up again between 2009 and 2011. Since then, two lines have been put in production, with two expected to be completed at the end of this year and a further two anticipated for the middle of 2016. A concentrator area, port desalination plant, and power station are also complete.

“The site is very unique,” Kalra said. “It’s on the western side of Australia and has no water or power. This has necessitated the construction of a desalination plant, as well as gas power generators. We also have a dedicated port for importing equipment and exporting the commodity, as well as the world’s largest grinding mill. The site will be a thing to behold when it’s finished.”

The project has been able to survive through one of the harshest markets for the commodity because magnetite has the highest concentration of iron compared to other iron ores, meaning it is generally worth more per tonne than its counterparts. As it takes less power to make steel from magnetite, it’s a premium on the market.

Although the slide of iron ore prices has affected everyone in the mining industry, manufacturers are not bothered. CITIC has factories that are hungry for raw materials, putting the company in a prime spot for mining and manufacturing in Australia.

Although all reports point to a slowing down for manufacturing in China, CITIC is not worried about its future.

“We’re still a small force globally, compared to our competitors,” Kalra shared. “Whereas other companies may need to cut down on staff or employees, we’re actually looking to hire right now. Many companies are also looking to cut prices, which goes in CITIC’s favor. Customers have a limited amount of money, and now will not necessarily go for branded names, but for the best cost. CITIC Limited and CITIC HIC can provide great prices, and as we expand we will be able to continue to do so.”

CITIC HIC concentrates on improving its overall competitive strength, and will promote its growth by fast tracking development to aid its entry into the Global Manufacturing Industry.

CITIC HIC is quickly developing into a world manufacturing base, built on a platform of global economic integration and cooperation.
CITIC HIC will spare no effort to cooperate sincerely with all partners by utilizing global information, manpower and financial resources. We constantly improve our products in the continuing pursuit of customer satisfaction and the management philosophy of reform and innovation. With 50 years design and manufacturing experience, CITIC HIC provides comprehensive services with added value to meet the needs of customers from home and abroad, and share the prosperity brought on by technical advancements.