For Summit Project Management, the Chumash Casino Resort expansion project is a testament to collaboration, creativity, and community.

For Summit Project Management, the Chumash Casino Resort expansion project is a testament to collaboration, creativity, and community. 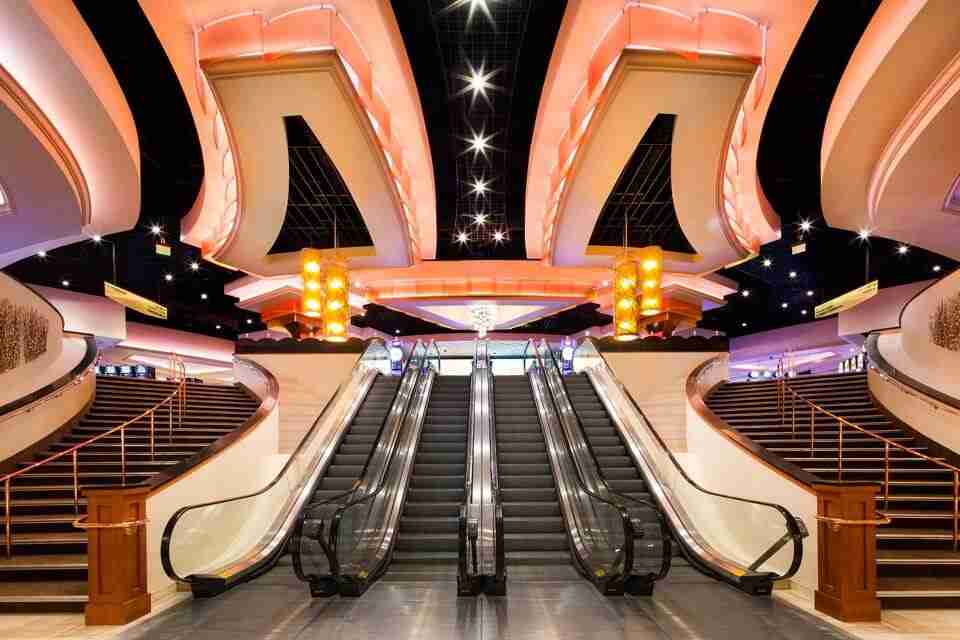 With the passage of the Gambling on Tribal Lands Amendment, California voters opened a vital pathway to economic self-sufficiency for American Indian tribes in the state—in the form of legal casino gaming.

Shortly after the ratification of the amendment in 2000, the Santa Ynez Band of Chumash Indians were granted the right to operate 2,000 gaming devices on their reservation, but there was a catch: the machines had to be in play just six months later.

That’s when Summit Project Management introduced themselves to the Tribe.

“At that time we were doing both architecture and project management. We were not initially selected as the architect for the project,” Summit Partner Steve Davis recollected.

A design-build company got the bid, but the Tribe soon found itself concerned about transparency issues. An advisor to the Tribe then recommended Summit, which became the owners’ representative and project manager.

“We began in October 2000 and assisted the Chumash in becoming one of a handful of tribes that actually got their 2,000 machines operating by April of the following year,” said Davis.

A year and a half later, the Tribe had a full permanent casino; the next year, Summit oversaw the development of the Tribe’s first hotel, opened in 2004. That initial project would prove to be the basis of a beautiful friendship between Summit and the Chumash. 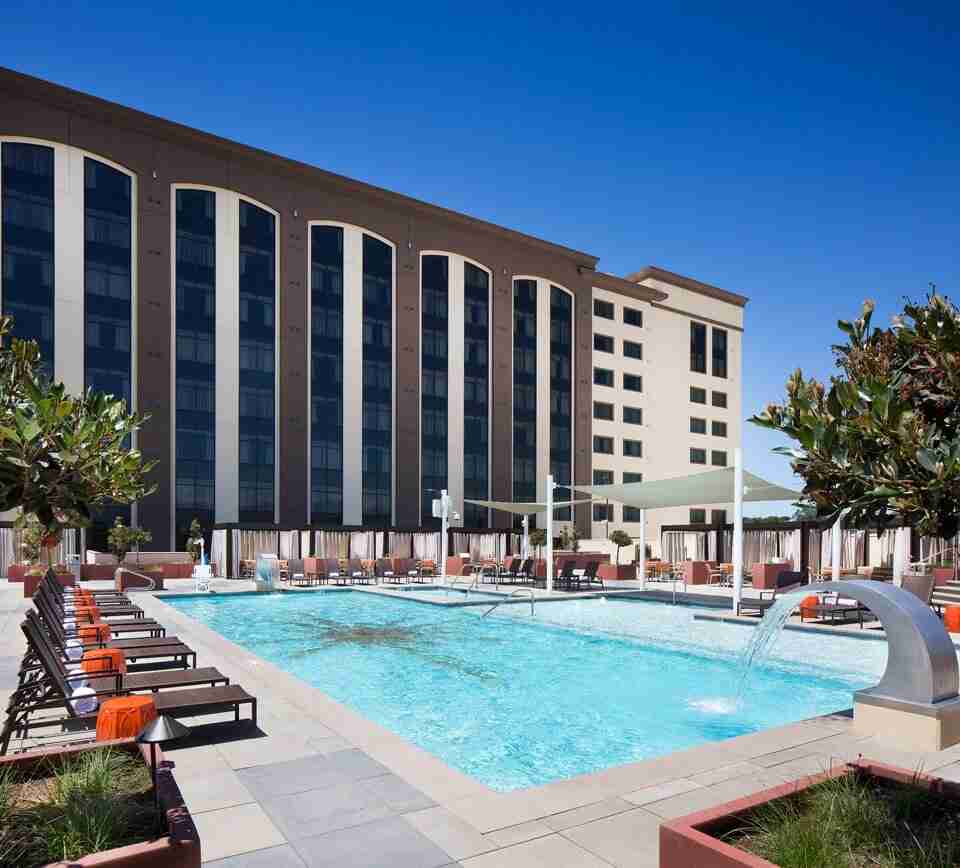 When Summit came in to oversee the first casino and hotel build, the company was faced with optimizing a small plot of land in the middle of a floodplain. Any significant rain brought flooding; in fact, the Tribe’s first informal casino, a small masonry building, would have to be sandbagged o keep floodwaters from rushing in.

“In the first round of projects in the early 2000s, we designed facilities to mitigate that, to make sure that the gaming floor was raised a level above the floodplain,” David stated. Flood-proofing throughout the resort became an essential project component.

For 16 years, Summit has assisted the Tribe with almost all of it’s major commercial development.

Summit has helped the Tribe create several highly significant civic improvements to the reservation as well, including an education center, a government building, medical facilities, and housing, all of which would have been impossible without revenue generated by the commercial enterprise.

Beginning in 2014, Summit and the Chumash again collaborated on a major gaming development; this time the $160 million expansion of the casino would transform the hotel and gaming center into a spectacular destination resort. Program components included construction of a new 220-room hotel tower, 60,000 square feet of expanded gaming floor and new restaurants and bars, remodeling of the existing casino floor and all the existing food and beverage venues, and an additional parking structure to accommodate 500 vehicles.

“For the first time the Tribe could have numerous venues that serve liquor as part of their entertainment,” Davis said. Prior to the expansion, only a single fine dining restaurant in the resort could serve alcohol.

“One of the key features of the casino is the center bar at the intersection of the existing and new gaming areas, and it becomes a focal point tying the whole floor together as one new design.”

To maximize space, the resort’s new luxury pool area, which features two hot tubs, private cabanas and its own restaurant and bar, in addition to a generous pool, was built atop the new casino building.

According to Davis, the resort experience “enhances the whole nature of what Chumash is offering to its clientele, with the addition of elements that enhance their cachet significantly. The challenge in doing so was to incorporate those elements in a way that didn’t alienate existing clientele who’d come to love the place as it was, but, rather, to enhance their existing customer base with a new market of folks that are looking for those kinds of amenities.”

“We had to keep the building within the angle that would allow an instrument flight path to occur successfully, and we had to fill the allowable building envelope with as much usable area as we could.” Today, the tower sits atop a 75-foot clear span over a creek that runs through the property. 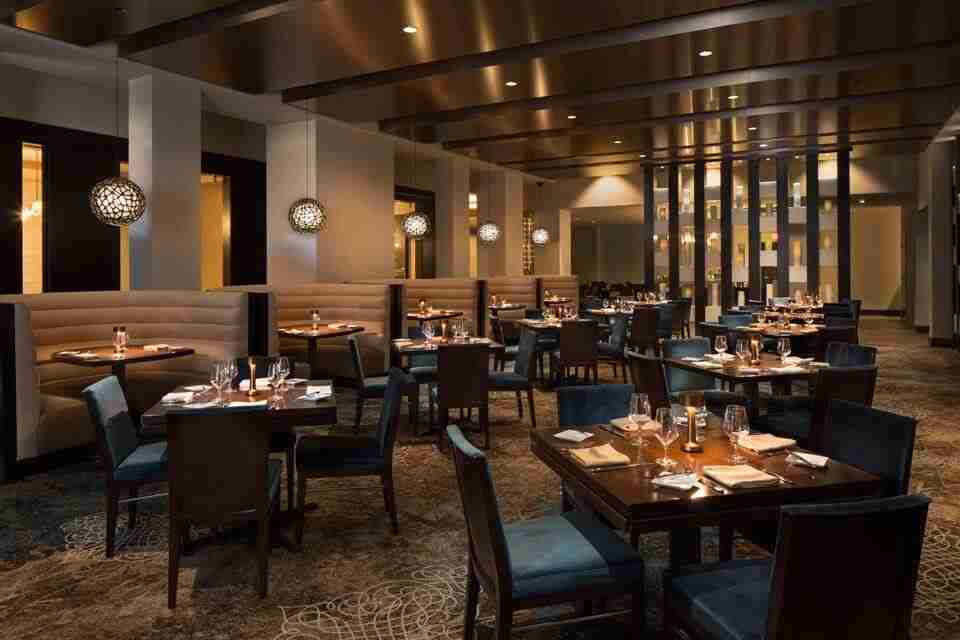 Summit worked together with tribal and Enterprise leadership, as well as its design and construction partners, to envision a project that met the cultural and marketing goals of the Tribe and its business entity.

“There was no part of this project, from the beginning vision to today, that was done in a vacuum,” Davis said. “We worked hand in hand with Chumash leadership, our architect, Delawie, and our general contractor, Tutor Perini, as well as dozens of sub-contractors and owner vendors, to deal with the myriad issues that arise in the course of designing and building a complex facility.”

Everything was handled in a way that maximized the customer experience throughout construction while minimizing cost and schedule issues. As a result, the resort’s grand opening, planned two years in advance, went off without delay.

Davis described working for the Tribe as a privilege. “In my experience the last 16 years of Chumash development have set the standard for what Indian gaming can do and what it’s supposed to do, not only for the members of a tribe, but for the local community,” he enthused.

“You see the fruits of this commercial enterprise paying off not only in terms of quality of life on the reservation, but in the contribution it makes to the surrounding community. The Tribe has contributed millions of dollars to various initiatives and nonprofits throughout the community at large; i.e. fire protection benefits, police protection benefits, and so on.”

In addition to the Santa Ynez Band of the Chumash, Summit has worked with the Yocha Dehe Wintun Nation, the Tohono O’odham Nation, the San Pasqual Band of Mission Indians, The Jamul Indian Village, and others. With the right leadership and commitment, tribal gaming projects like the Chumash Casino Resort drive robust community development.

“I’m just a big advocate, a real believer in this whole process,” Davis admitted. “It’s nice to see the results of what you’re doing professionally pay off in terms of people’s lives.”

Founded in 1986, Summit Architects Collaborative was renamed Summit Project Management in 2005 to reflect its comprehensive project development services and unique team-building philosophy. What sets this company apart as a mid-sized project management firm is the direct involvement of Summit principals with every client, and the proven ability to exceed the owner’s quality, schedule, and budgetary goals on every project.

Summit Project Management offers a full range of interdisciplinary services to respond to the unique needs of each project. In addition to construction and project management, the company specializes in owner’s representation, programming, master planning, and cost control to carry a project from feasibility analysis through occupancy. 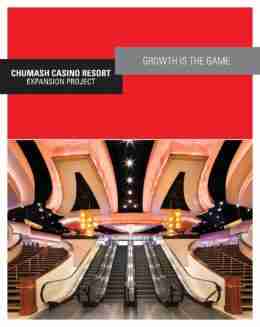