A Passion for Production

With revolutionary new models, Christensen Farms is continually focused on living up to its mission of being a leader in the livestock production industry, demonstrating...

With revolutionary new models, Christensen Farms is continually focused on living up to its mission of being a leader in the livestock production industry, demonstrating how real care and craft create sustainable operating practices and opportunity 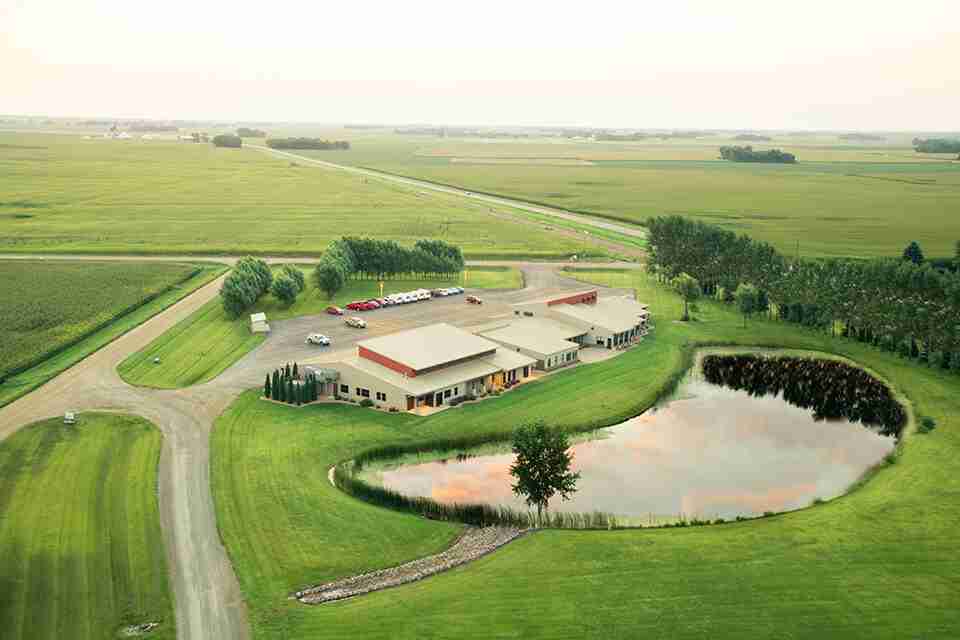 It started in 1974 with a pair of piglets gifted to a pair of Minnesota brothers. Lynn and Bob Christensen, both passionate about livestock production, established their family pork producing company that same year, when Bob was just 13. Today, the visionary firm is one of America’s top global pork producers, employing a core group of 1,000 employees. Until his untimely death in 2012, Bob Christensen led an inroad-making enterprise that has lifted the industry to new high standards of quality.

Christensen pioneered a unique farm-to-fork model that integrates every aspect of pork production, from proprietary genetics to the end products purchased by retailers and food service firms. Genetics are particularly important. As company president and CEO Glenn Stolt put it, “In certain parts of the world, consumers may like meat that has more marbling in it, more intramuscular fat than consumers in other areas, and we are able to work within our genetics and nutrition framework to make those modifications in a natural setting, crossing various breeds with one another to create what consumers like and want. As it relates to animal welfare, which is a critical element of our business, we’re also able to use genetics to create greater livability in our animals in terms of their structure, minimizing mortality throughout their life.”

How the Sausage Is Made

The majority of feed is made in the company’s own feed mills,  where high quality ingredients are transformed into complete nutrition for the company’s pigs. On the live production side of the business, including sow farms (where females are bred and give birth to litters of piglets), nurseries, wean-to-finish sites, and finishing facilities are fully integrated. The integration extends to the processing side, where the majority of pigs are transported to facilities that are partially owned by CF, such as industry-leading hog processor Triumph Foods, of which CF is a majority stakeholder. To a lesser extent, the firm is also integrated in its end-product creation. “In the case of bacon, we take the bellies out of our fresh pork plants or primary processing plants and further process them in our bacon plants and ultimately distribute it to food service or retail customers here in the States,” Stolt explained.

The traditional definition of family farming has shifted with the times. Echoing a comment made by former agriculture secretary Tom Vilsack, Stolt said, “A hundred years ago we were all farmers, and our role in farming was really to feed ourselves and our families and not that of our communities, much less the global environment,” he said. “Over that century farmers have become incredibly efficient allowing us all to pursue other careers and interests knowing that farmers will supply the food for our families.”

He stated that 98% of America’s pig farms are family owned. That number excludes processing firms that don’t produce their own pigs. “In Minnesota, some of our closest friends are multigenerational family owners of pork production companies,” he noted.

“The essence of what has happened in pork production, and Christensen Farms, is the use of technologies, best practices, and tools that have evolved over many, many years to essentially make what we do today the most efficient, the most sustainable and the least impactful to the environment of any time in the history of pork production. The best thing is that we're not done with that.” 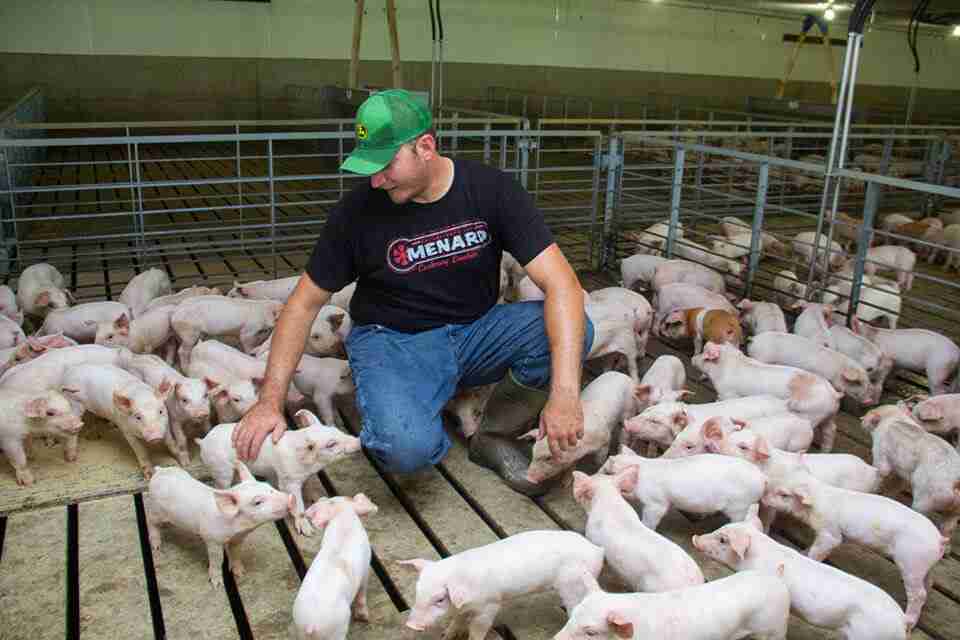 The evolution of best practices for a firm as dynamic as Christensen is thoughtful and complex. “The way we think about production practices and the human element continues to evolve in terms of our teams that are working with animals every day, and how we think about health management, environmental stewardship, food safety, worker safety—it’s a complex world of things that we are constantly working with and understanding.”

Stolt, who came from the finance sector to run CF, is incredibly impressed by the entrepreneurship in today’s livestock production. “They just continue to push the envelope of evolution, taking risks and building out their businesses. … It isn't so much about competing for the customer like you might see in other industries; it’s more about competing against each other to see who can do things the best way in an atmosphere of excellence. A must for long-term sustainability and viability for any  business, and even more so for a commodity business

“Our integrated platform is very rare for companies of our size in pork production,” he went on. “Branded companies like Smithfield and so forth are more heavily involved in processing and ultimately buy a lot of pigs from pork producers, but there is not the same level of ownership or equity integration there.”

CF contracts with local crop farmers by both buying their crops, such as corn for feed, and by helping them expand their businesses to include pig farming. CF provides pigs for these farmers to raise, and pays them for the space, time, and effort it takes to properly care for them. “Not only does that provide farmers with supplemental income for their overall farming operation, but it also gives them access to pig manure, a natural fertilizer they can apply to their crop land to cut their use of manufactured fertilizers. That’s an environmental benefit, but studies that we've done with our over 300 growers show they would see about a 10% yield advantage with natural manure as opposed to manufactured fertilizers. It builds a sustainable cycle of raising crops, feeding them to pigs, harvesting protein for consumers across the globe and cycling manure back into the land.”

Pork production is a complex undertaking at every level. “We are very labor-intensive. You can't automate the caring of a biological animal. In addition, we are very capital-intensive, and because of the biological nature of the animal that in itself is hard on those internal assets. That doesn't include all the external forces, whether it's commodity markets, or trade, or activism, or whatever may be going on in the rest of the business. It comes down to passion, culture, and good people,” he pointed out. “We have a great deal of social responsibility around animal welfare, food safety, worker safety, environmental stewardship and community support. It all links directly with the culture of the people, the talent and the passion within our company because they are hand-in-glove with one another.”

It’s not enough for the pros at CF to raise premium products and act as stewards of the land, the populace, and the industry. “We feel pretty passionate about changing how we communicate externally,” he admitted. ”Agriculture, and particularly pork production, has understandably spent more time perfecting their craft and working within their four walls to become better at what they do through technology, management practices, and so forth, but we haven’t done as good of job communicating all the good things that we do to the average consumer.” In addition to working with a host of vendors and contract growers, CF works in tandem with veterinarians and animal health companies on issues of biosecurity, vaccinations, and antibiotic use, as well as the logistics firms that transport their pigs, and equipment manufacturers that build and supply CF’s facilities.

“We’ve got a supply chain group that does a really nice job differentiating between those vendors that are very strategic in nature where we have to think about those relationships in a mutually beneficial way that brings value to the business as opposed to those suppliers that probably are more commodity-based, where what they bring to the table is critical and necessary but isn't highly differentiated from other suppliers.” 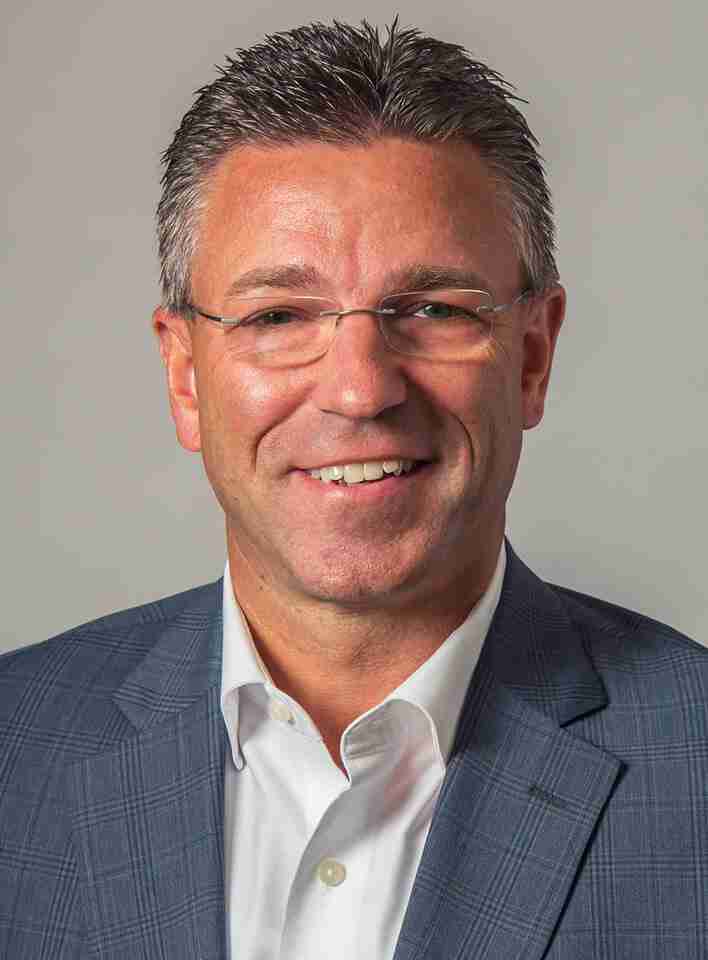 Honing the right model to attract young farmers to the industry requires a level of commitment to aspiring leaders that CF is only too happy to make. “Young farmers are interested in staying in a rural environment, but they need help economically and in terms of structuring to set them up for success. We are actively involved in working with those folks, whether it's somebody that is just starting off from scratch or whether it's part of a succession from their parents,” he opined. “We’re also seeing people that have grown up in farming communities or in smaller communities that have migrated to urban areas and are thinking about coming back to the farm and starting in the business. That's pretty critical to the future of our business, but it also ties into supporting them and instilling the level of confidence they need and that the lenders need to support their entrepreneurial approach.”

Fostering a culture that will attract and retain the necessary talent required to keep this passion-driven business thriving is one of Stolt’s key concerns. “Keep in mind that 25 years ago the majority of our employees grew up on a farm. Today a very small proportion of our employees grew up on farms, so it puts the onus on us to create training programs, engagement programs, and so forth to entice them to develop a passion for animal agriculture. The other element is to also continue to create a culture where people can create a career.” In Q1 2020, 21 employees out of 1,000 celebrated 20 years or more with the company, with the longest tenure being 36 years. “When you stop and think about that, it's a pretty darn noble commitment to the business. It’s pretty humbling actually.” 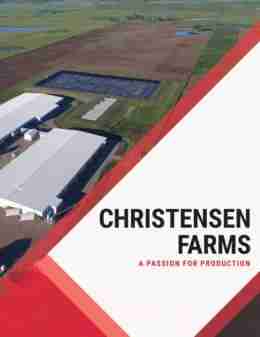 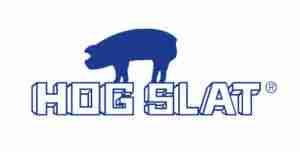 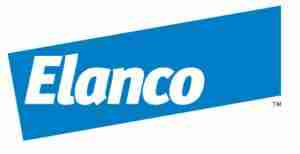 With revolutionary new models, Christensen Farms is continually focused on living up to its mission of being a leader in the livestock production industry, demonstrating...