The Suburban is the first vehicle to receive such an honor

The Suburban is the first vehicle to receive such an honor 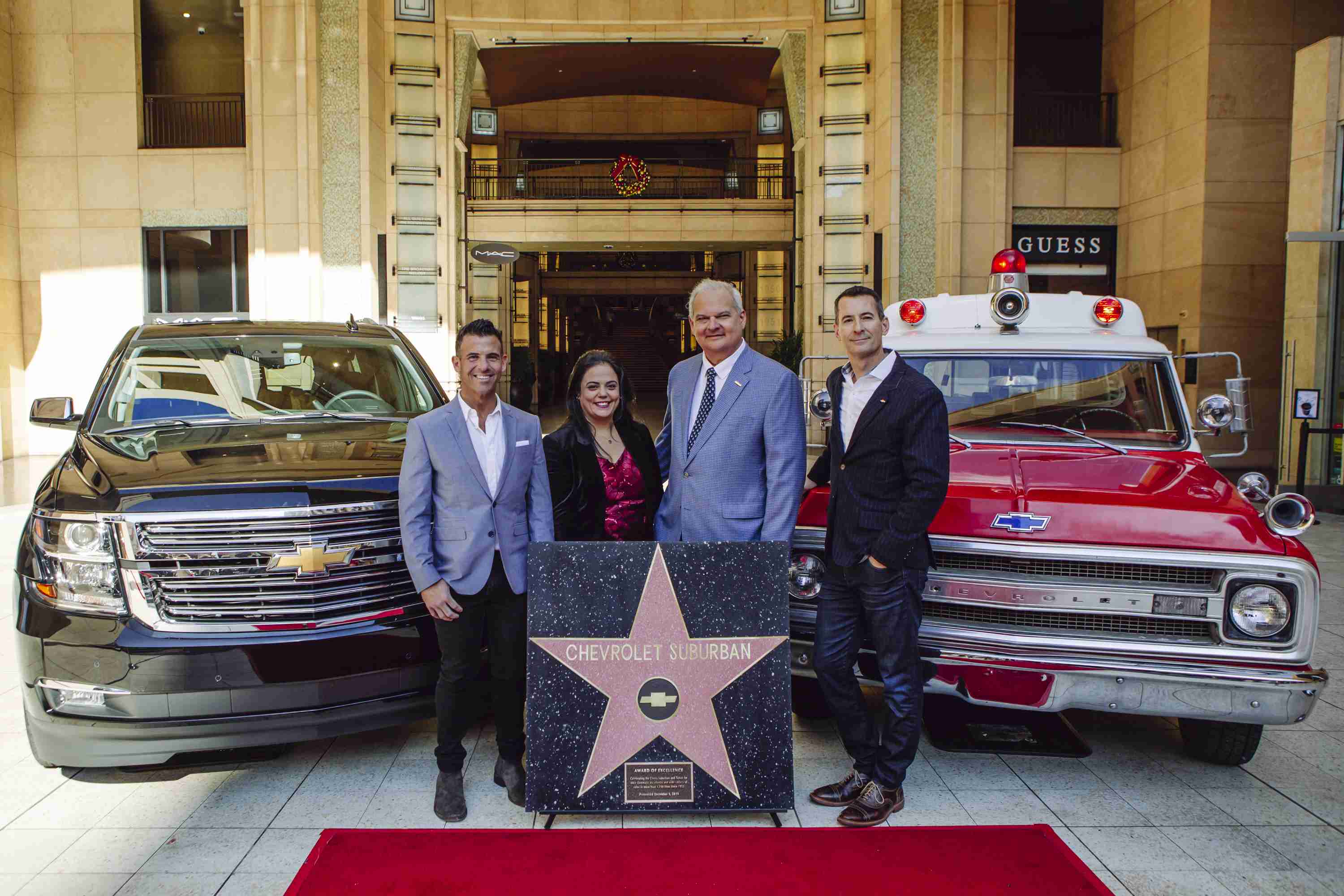 You’re probably aware of the Chevy Suburban as a versatile vehicle used by everyone from law enforcement to soccer moms. But, did you know it’s a famous movie star? In fact, on December 5, the Chevy Suburban achieved the distinct honor of becoming the first vehicle to receive an Award of Excellence Fame from the Hollywood Chamber of Commerce. The star was unveiled during a ceremony on Hollywood Boulevard in honor of the Suburban’s six-plus decades in entertainment.

The fact was not lost on Rana Ghadban, president and CEO of the Hollywood Chamber of Commerce, who noted, “For six decades the Chevrolet Suburban has been Hollywood’s longest-working actor. Appearing in classic feature films and on must-see television shows, the Suburban is a well-established industry mainstay.”

As for why the Suburban has become a go-to vehicle for television and cinema, Hollywood picture car coordinator, Dennis McCarthy has some explanations. “First, it’s one of the most versatile vehicles in the business, able to fit with any type of character. Second, it can help instantly give a scene added importance. When a convoy of black Suburbans appears on screen, you know that’s not the time to leave your seat to buy popcorn.”

Being the first vehicle to receive an Award of Excellence Star wasn’t the only significant achievement for the Suburban in 2019. The vehicle celebrated its 85th anniversary this year, cementing its legacy as the longest continuously running nameplate in the automotive industry. The Suburban is also the only vehicle to have reached the 85-year landmark.

Speaking of the Suburban’s longevity, Leslie Kandall, curator of the Petersen Automotive Museum, noted, “The name Suburban is so widely recognized that at various times over history it was used by a few vehicle manufacturers,” said Leslie Kendall, curator at the Petersen Automotive Museum. “But the Chevrolet Suburban – the forerunner of the modern SUV – has stood the test of time. From family road-trips to dignitary protection, to TV and film and everywhere in-between, over the last 85 years the Suburban has become a fixture of Americana.”

Clearly, the Suburban has left an enduring mark on American culture. Here’s to another 85 years.