The Urban Grape brings progress to the musty world of wine

The Urban Grape brings progress to the musty world of wine 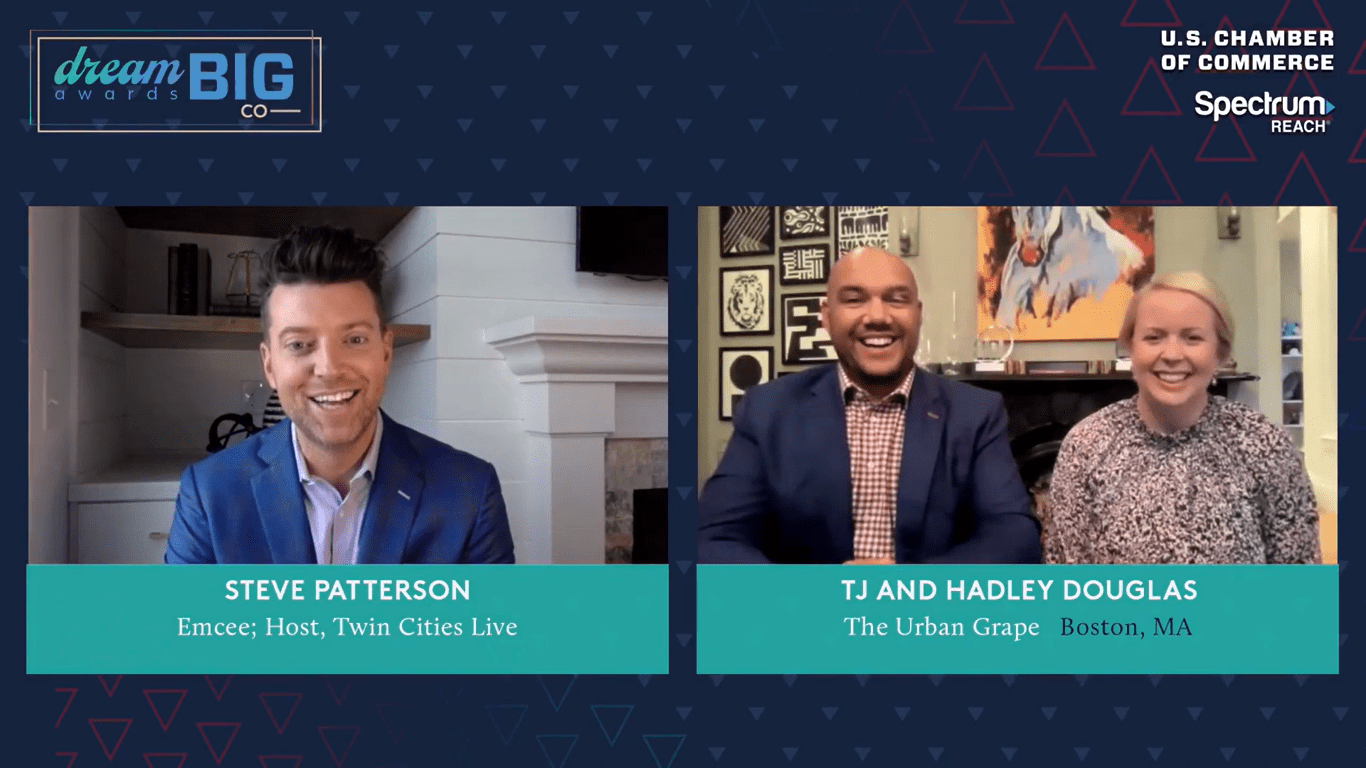 When TJ Douglas was preparing to open a wine shop, he wanted to call it Il Tavolo (“the table” in Italian). It sounded like a pretty good name, but it kind of sounded like the name of a traditional, stuffy wine shop. The Urban Grape, the name he settled on, is hardly that. The spirit of community and simplicity that “the table” conjures up is still very much at the heart of The Urban Grape, located in Boston’s South End. In fact, the store — which just won the U.S. Chamber of Commerce’s Dream Big Small Business of the Year Award — is literally centered around a 5’ x 14’ table that serves as a gathering place. You don’t need to speak Italian to have a good time, nor do you have to be an expert in terroir or anything else. The Urban Grape is all about inclusivity. 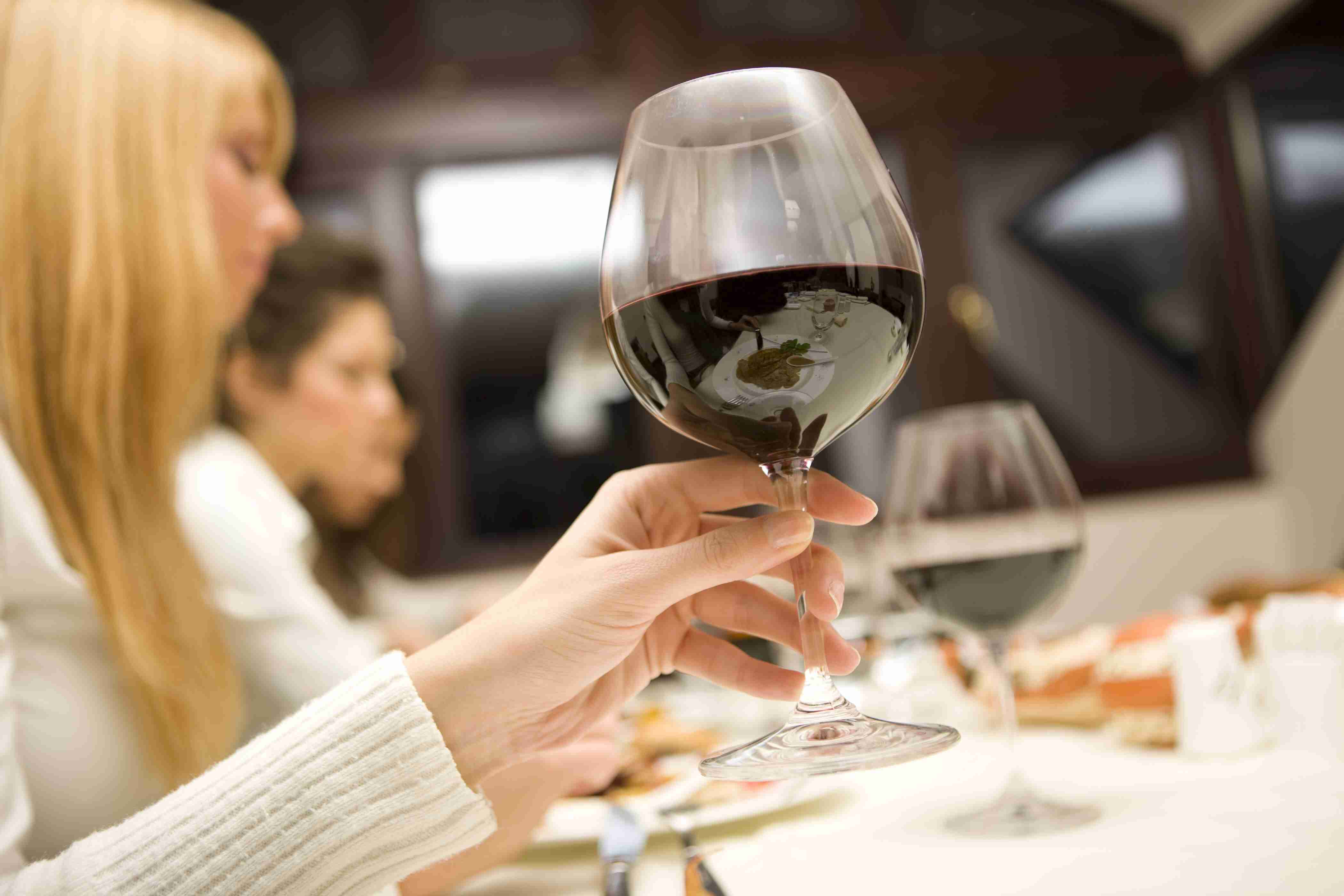 Walk into most wine shops, and you’ll see bottles categorized by country of origin or by grape varietal. This can be intimidating for neophytes because you already have to have some idea of what you’re looking for.

At The Urban Grape you’ll find them grouped by the body of the wine, sometimes also described as mouth feel or weight. This is part of what Douglas and his partner in business and life, Hadley Douglas, call the “Progressive Scale.”

“We have a scale of 1-10 for white wines and for reds” from lightest to most full-bodied, TJ, who tastes more than 6,000 wines a year, explained.

This lets people follow their own palates and see what they like, moving up or down the scale to discover new wines. Even self-styled connoisseurs can learn a thing or two from drinking progressively.

“We take really experienced drinkers and expand their horizons. It reinvigorates their love of wine,” Hadley said. “It’s not a one-way street. We don’t want to leave out a supermajority of wine drinkers.”

They do, however, want a diverse clientele that includes people from different ethnic and socioeconomic backgrounds.

“The idea of the ‘Progressive Scale’ has evolved to create access to the wine industry for people not traditionally a part of it,” Hadley said.

It’s common at an Urban Grape event to see newbies and longtime wine lovers striking up a conversation. For the Douglases, that’s a beautiful thing. 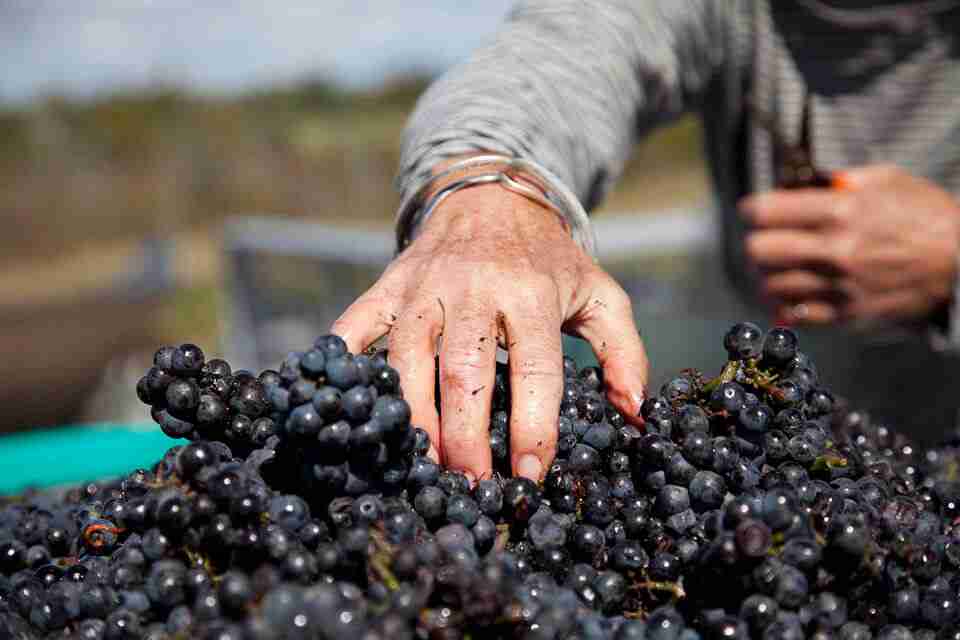 That emphasis on inclusion extends not just to consumers but to the wines they showcase and the people they help get started in the industry. The Urban Grape makes a point of featuring labels from winemakers of color and from the LGBTQ+ community who are trying to make a name for themselves in a business long dominated by older white males.

“If someone can see themselves in this space, if they can increase their comfort level with an archaic industry where a lot of places are 250 years old or more, that’s what we’re going for,” TJ said.

Coming up through Boston’s restaurant and wine scene, he didn’t encounter many other people of color. He also took a nontraditional educational path. Bearing all that in mind, in June 2020 as the shop’s 10-year anniversary approached, the Douglases created The Urban Grape Wine Studies Award for Students of Color, which so far has funded wine studies classes at Boston University and set up internships for four students.

Access to education and work experience aren’t the only barriers to making it in the beverage industry. Fundamental things any entrepreneur needs such as bank funding are often more difficult for people of color to obtain. A boost in getting those resources or even knowing where to look can help a fledgling business immensely.

“We wanted to create a new pathway for others to break into the industry. That’s where innovation comes from,” TJ said. “If we can use our platform to give them a voice, then we’re doing our job.”

“We’re one of the lucky survivors,” Hadley said. “We were already leaning into some (digital) trends, so we were prepared.”

That allowed The Urban Grape to support other businesses, from helping owners apply for PPP loans to hosting Tuesday night restaurant popups.

“Those might put $2,000 or $3,000 in a restaurant owner’s pocket and maybe allow them to keep their restaurant open another week,” Hadley said, with TJ chiming in to note that the pop-up program as a whole raised $80,000 for struggling restaurants.

It’s that kind of innovation, entrepreneurship, and community spirit the Chamber of Commerce looks for in its honorees. The Urban Grape was one of 27 nominees for top honors across nine categories — and one of three in the running for a $25,000 prize — at the Oct. 21 Dream Big Awards, the culmination of The Big Week for Small Business.

“Small business owners have faced challenge after challenge, yet the generosity, ingenuity, and determination of this year’s Dream Big finalists and winners prove that small businesses are, and will continue to be, the backbone of our economy and the fabric of our communities,” Tom Sullivan, U.S. Chamber of Commerce vice president of small business policy, said in a press release.

The Greater Boston Chamber of Commerce nominated The Urban Grape, Hadley filled out the award application, and things snowballed from there. Hadley initially misread the email saying they were in contention for the top prize.

“I assumed we were a finalist for the minority-owned or community support subcategory,” before the realization dawned on her, she said.

The whole pandemic experience has been “very uplifting and wonderful, as much as it can be among such trauma.”

There aren’t a lot of vineyards in Boston, so to sell local, The Urban Grape also showcases spirits and craft beers.

“It’s great to focus on local spirits and brewers,” TJ said. “When we have in-store tastings, the owner comes in and mingles with people. A lot of the more elevated things in the beverage world can be scary, but with these you can use your own palate.”

On The Urban Grape’s shelves, you can find anything from a $25 bottle of local gin made by a queer distiller of color or a $5,000 bottle of tequila from a cis-hetero white one. They’ll even sell you a bottle of sake and teach you how to best pair it with food.

“We have a product for everyone in our community,” TJ said. “You don’t have to spend money on alcohol, so even an $8 bottle of wine is a luxury good. We want to provide value.”

Whatever The Urban Grape does next — including deciding what to do with that $25,000 — you can bet it will be with community in mind.

“We’re really lucky to have such a creative neighborhood full of small businesses committed to social justice,” Hadley said. “Owning your own business can be really scary,” especially in a pandemic-cum-economic recovery. “There’s so much community spirit around us, it’s been incredible, and we’re so thankful.”

Here’s to many more gatherings around the table at The Urban Grape.