Chattanooga’s tech initiatives make it second to none 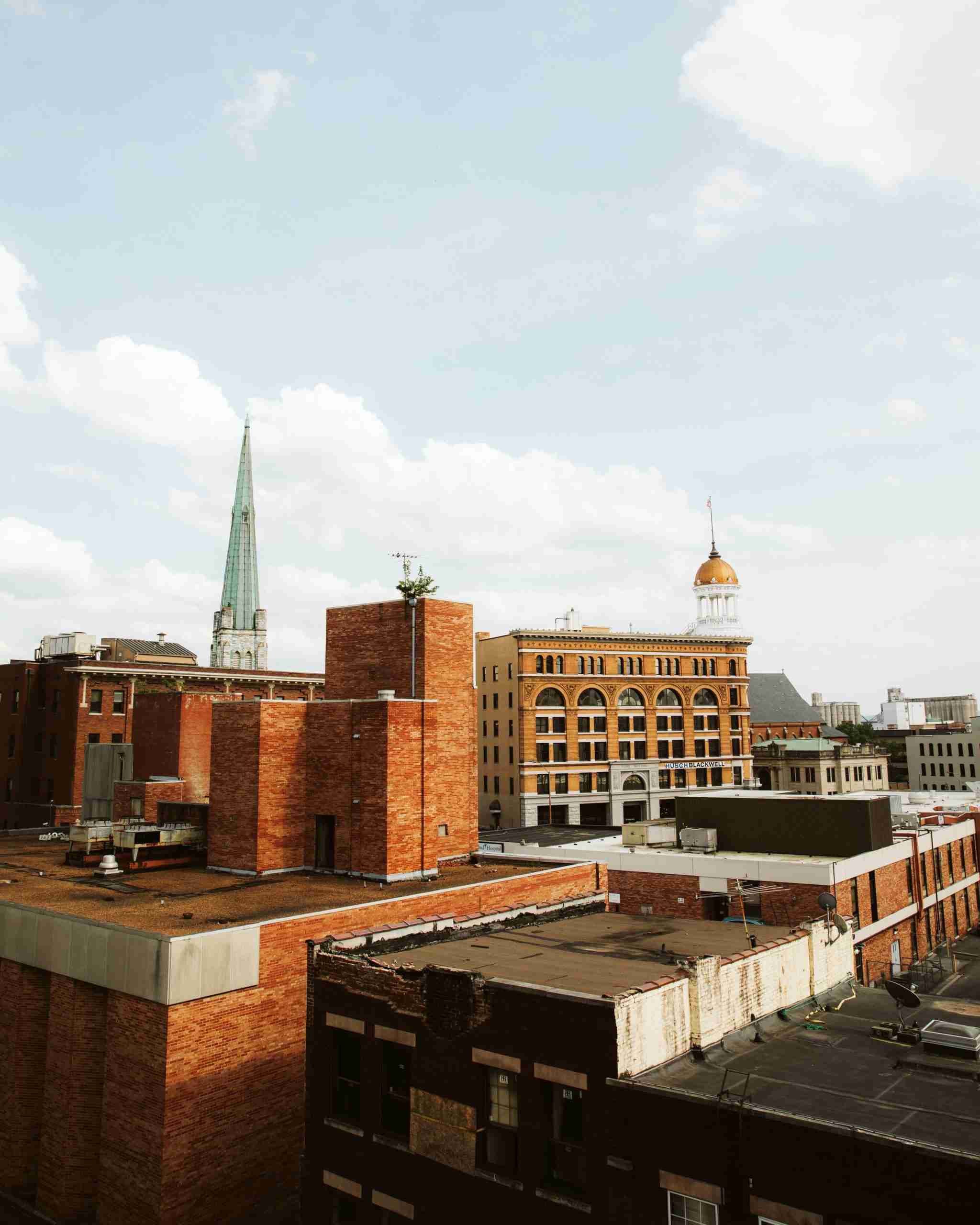 Tyson Morris has the good fortune of working in an innovation center. As chief information officer for the City of Chattanooga, that’s a literal statement about the building his office is in and a testament to the ambitions of the place he now calls home. Morris came to Chattanooga from Coca-Cola, where he most recently served as global head of architecture, platforms, and marketing operations. In 2010, Chattanooga’s EPB became the first municipally owned utility company in the U.S. to offer the public internet speeds up to 10 gigabits per second. Since then, the Scenic City has established itself as a smart city that municipalities and businesses look to for guidance, attracting talented people like Morris to its combination of natural beauty and tech prowess. 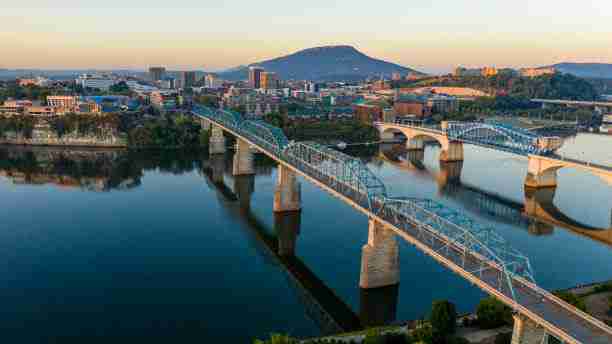 Chattanooga “caught lightning in a bottle” when it came to the timing of the gigabit network in terms of grant funding it was able to take advantage of.

“It really allowed for the city to create this technical prowess that no city had ever done,” Morris told BOSS. “The sheer fact that I can get 10 gigabits a second to my house is astronomical.”

Speeds like that give Morris – and plenty of others – a lot of leeway for innovation on a massive scale as part of Mayor Tim Kelly’s “One Chattanooga” initiative. Chattanooga has attracted startups, particularly in the transportation, marketing and tech sectors as well as corporate presences like a Volkswagen manufacturing plant, Amazon fulfillment center, and an Electric Vehicle battery facility.

Mostly an industrial city throughout its history, the Scenic City on the Tennessee River at the border with Georgia has built a strong reputation for its parks and recreation.

As remote workers relocated during the pandemic, Chattanooga saw a good uptick in residents as people were realizing what a fantastic place it is to live and even listed it as one of the top places to move.

Kelly strives to provide citizens with a responsive and effective local government that works “like a Swiss watch,” as he told Bloomberg. Morris feels that having a world class Technology Services department is going to be a key piece to this success.

“The whole city has been able to rally around his One Chattanooga plan and a set of common goals,” Morris said, something he’s seen in the corporate world but was refreshing to see this business mentality deployed in a government setting. 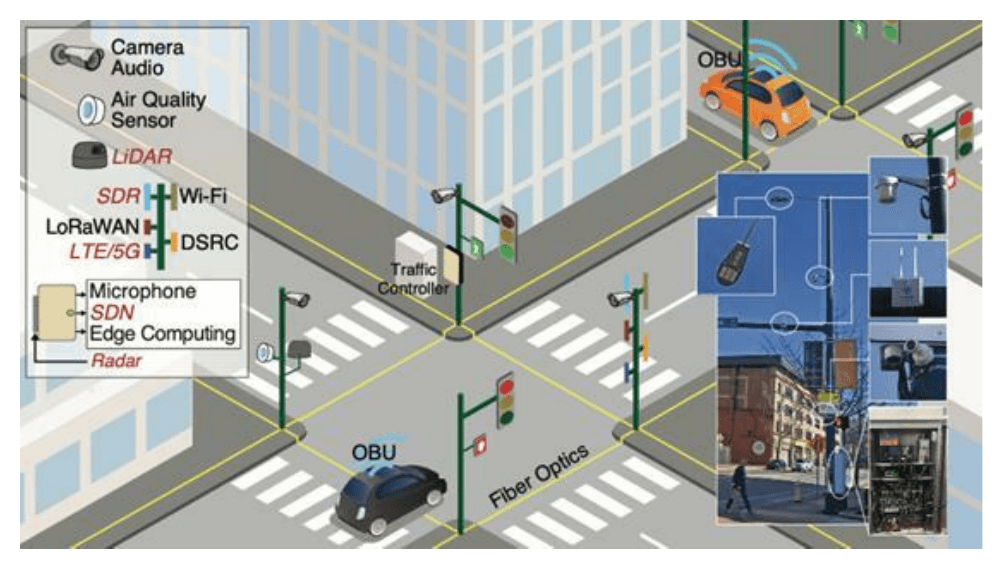 Transportation in a Smart City

The smart city concept historically stems around transportation. The fiber network grid across Chattanooga enables connected street intersections with multiple computer vision cameras and LiDAR sensors at each. Using IoT devices and edge computing, the network can make micro-adjustments in real time to optimize traffic flow. Chattanooga has built a “test bed” or “smart corridor” through the city which has served as the center for R&D. This year, the city is tripling the size of the test bed, further expanding the smart capabilities.

The city is also exploring vibration and acoustic sensors on bridges to redirect traffic around train intersections. Many of the “smart” initiatives enable efficiency and safety benefits people don’t even notice. They just get to their destinations faster and safer, by car, bike, or on foot.

Having cleaner air is something they notice in Chattanooga, which has come a long way from its past as one of America’s worst cities for air quality in the middle of the last century.

Sol Robotics provides a lot of the cameras and sensors, and Dell and Cisco help with the software. Tech partners, The Enterprise Center, the University of Tennessee-Chattanooga, and private philanthropic organizations all work collaboratively with the city toward the common goal of improving Chattanooga’s way of life.

They measure air pollution, noise pollution, and many factors around pedestrian safety. “We’re using data to build out traffic-predicting algorithms” in conjunction with Oak Ridge National Laboratory, Morris said. “That way we can mitigate congestion with those micro-adjustments at traffic lights. We leverage a computerized ‘Digital Twin’ of our city to simulate different traffic scenarios. Ultimately, we’re looking at many ways to reduce idling times at intersections to reduce emissions and make the air we breathe in Chattanooga clean.” 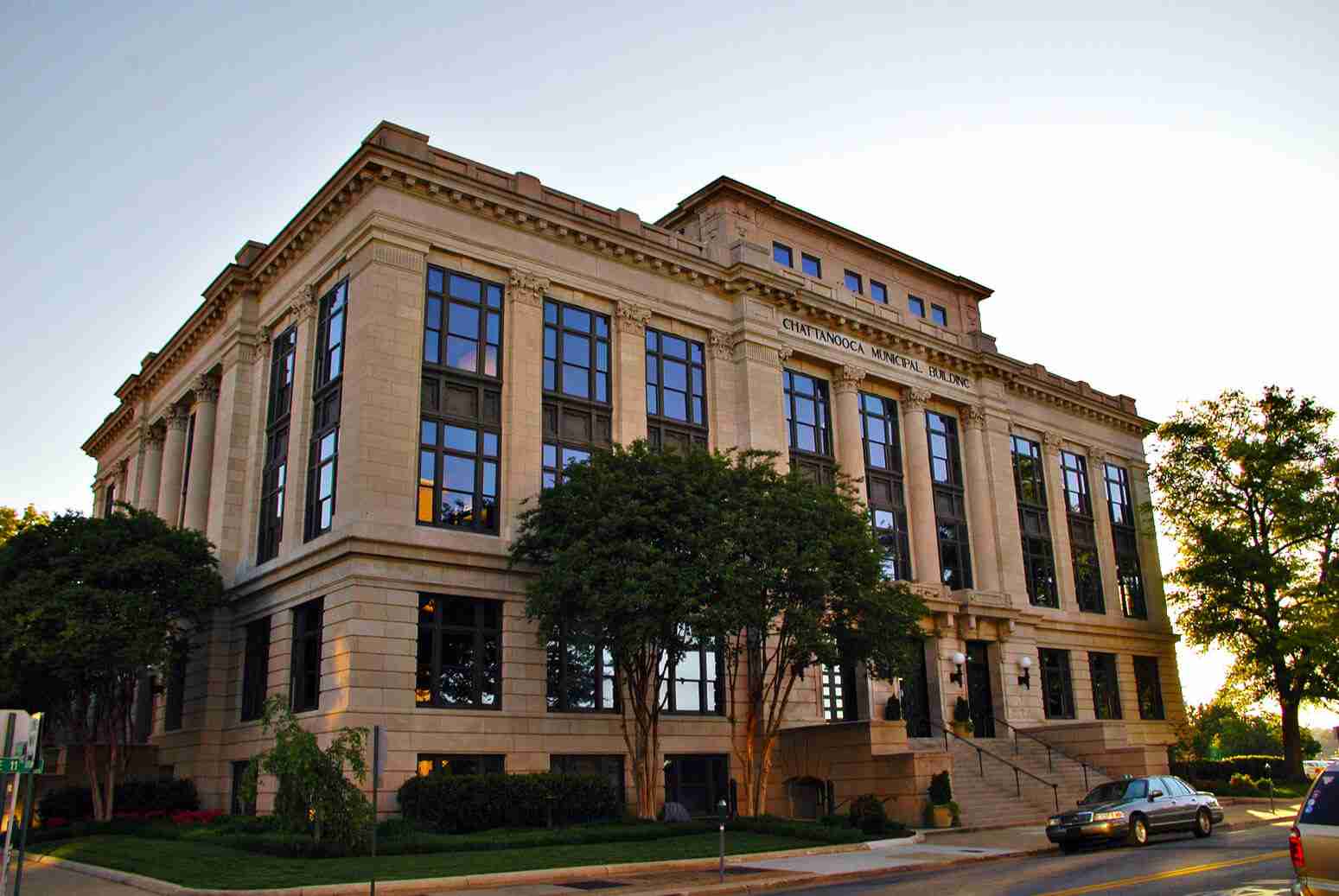 Working with the university’s Center for Urban Informatics and Progress, the city processes and analyzes all that data to improve daily life in Chattanooga and the surrounding region. Cities from as far as Singapore and China, along with Quebec and several U.S. cities, have come to see what Chattanooga has accomplished. Federal agencies including the Department of Energy, Department of Transportation, Highway Administration, and Joint Program Office are working with the city. Toyota, Ford and VW all come to Chattanooga looking to solve research and development challenges utilizing Chattanooga’s smart network.

Cities “all have very similar problems. ‘How do you better detect potholes? How do you help Emergency Responders arrive sooner? How do you find ways to save taxpayer money through the use of energy-efficient lighting?’ I really do think this use of smart technology is going to span out from transportation use cases into a much more interconnected intelligent community,” Morris said.

Chattanooga remains primarily focused on the R&D aspect of being a smart city, by striving for the adoption of open-source products and standardized technology protocols. From smart buildings to gunshot detections, to robotic lawnmowers, the possibilities for data driven innovation are endless.

Keeping all that data secure involves a lot of layers of cybersecurity, monitoring, patches, firewalls, and proactive measures like conducting cyber “war game” scenarios. Keeping the city safe is a full-time job, and a security first strategy applies to everything the city does. With so much to handle, Morris’ team is expanding, adding more security and data analysts, network engineers, technical architects, and more.

“I kind of look at technical talent in a government environment as unicorns” he said of the type of people who have the right stuff, “people who are bringing a very strong technical background to the table and really wanting to use those skills on projects that impact and do good for the community. We also can’t pay our team like Silicon Valley does. It’s hard to continue to attract talent, but I luckily already have a team full of unicorns.”

Having made his own transition to the public sector, Morris knows the challenges are different from the private sector, but the rewards are worth it.

“There’s a great sense of community in Chattanooga,” he said. In the city government and on his team, “We are very hyper-focused on what is going to be the best direction for the city. It’s ambitious, and it keeps us on our toes. I feel like that’s the best thing we can do for my whole team, is to feel like the work that they’re doing is adding value towards a larger vision for the city they call home.”

Chattanooga, the 4th largest city in the state, is located in Southeast Tennessee near the border of Georgia at the junction of four interstate highways. The city has received national recognition for the renaissance of its beautiful downtown and redevelopment of its riverfront. The city boasts the most productive affordable housing program in the nation and is notable for leveraging development funds through effective public/private partnerships, with significant civic involvement on the part of private foundations. Chattanooga was one of the first US cities to effectively use a citizen visioning process to set specific long-range goals to enrich the lives of residents and visitors. 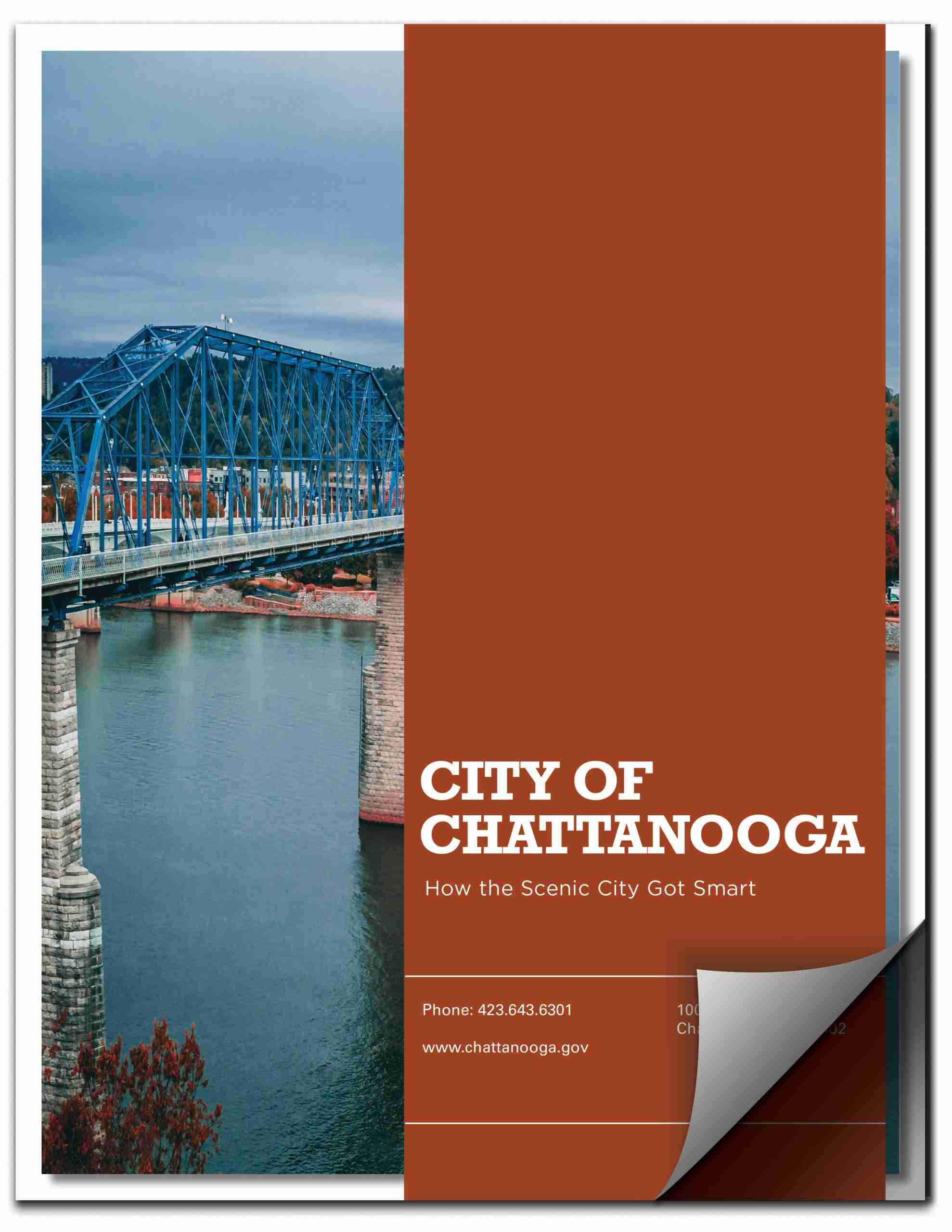