Charlamagne Tha God is turning his sights towards television

Charlamagne Tha God is turning his sights towards television

Lenard “Charlamagne Tha God” McKelvey is a household name when it comes to radio entertainment. Host and co-creator of one of hip hop’s most iconic radio shows, “The Breakfast Club”, Charlamagne has also taken television by storm. He has teamed up with Stephen Colbert to co-produce and create “Tha God’s Honest Truth”, a late-night television show on Comedy Central. Staying true to his colors, Charlamagne uses the show as a platform to push forward his unapologetic vision of the world, where he tackles social issues, politics, and current events. Undeniably honest, his comedy sketches are a breath of fresh air in a world filled with half-baked truths. Since the premiere, Charlamagne has covered topics that touch upon the racism present in the FBI’s treatment of Black people and communities, critical race theory, mental health and generational trauma, and the toxic effects of social media. 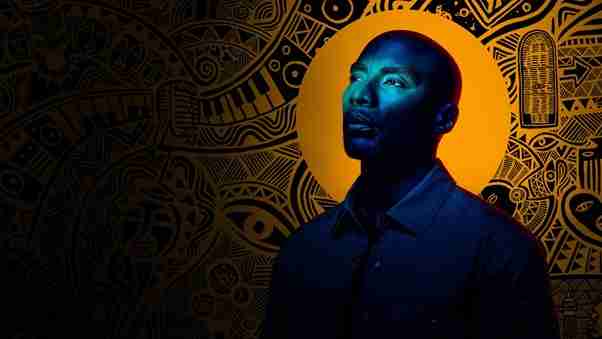 Charlamagne’s journey began appearing as a radio intern while attending night school. His tenacity and go-getter attitude allowed him to build up from small on-air stints to becoming second mic to the legendary radio icon Wendy Williams. In 2010, Charlamagne founded his brainchild, The Breakfast Club, alongside co-hosts Angela Yee and DJ Envy. The Breakfast Club went on to become hip hop’s most successful radio show and was recently inducted into the Radio Hall of Fame. Charlamagne’s secret to success always remained one thing: his relentless attitude when it came to chasing the truth and placing it in front of his audience, raw and unfiltered. This led to the radio show reaching unassailable heights in hip hop stardom.

Charlamagne has never shied away from speaking his mind and advocating for the underprivileged and underrepresented. He has used his platform to reach out to countless people in the Black community with a message of hope and resilience. In 2020, he founded the Black Effect Podcast Network in partnership with iHeartMedia. The Black Effect Podcast is the first podcast network built for Black listeners, promoting Black voices. The initiative has brought together many talented people who together aim to have vital conversations on social justice, pop culture, current events and more.

The year 2020 was important for the Black Community as well as Charlamagne, due to the announcement of Black Privilege Publishing, a collaboration with Atria Books at Simon and Schuster. Atria Book stated that the initiative will “focus on opening new doors in the publishing marketplace by amplifying Black and brown narratives, rethinking traditional approaches to the industry, and engaging with the audiences Charlamagne knows best: cutting-edge, connected, and culturally aware.” Before being hailed as hip hops “Howard Stern” Charlamagne was a boy with a dream from Moncks Corner, Southern Carolina, a state that once prohibited slaves from learning how to read and write. “Now, thanks to Black Privilege Publishing, we don’t just read and write–we read, we write, and we publish our own narratives”, said Charlamagne.

The imprint was launched with the premiere of Tamika D.Mallory’s book State of Emergency: How We Win in the Country We Built, which has received a Kirkus Star. Charlamagne has also authored two books under the Atria Books line. His book Black Privilege: Opportunity Comes to Those Who Create It, became Audible.com’s best-selling book of the year, and Shook One: Anxiety Playing Tricks on Me, was seen as Charlamagne’s own ode to mental health.

Advocating for mental health has been a recurring theme in Charlamagne’s life. His relationship with anxiety since childhood and his struggle to educate and uplift members of his community have shaped his understanding of the dire need for conversations surrounding Black mental health. In 2019, he launched a platform called Mental Wealth Alliance (MWA) – a forward-thinking foundation that has been created to destigmatize, accelerate and center state-of-the-art mental health outreach and care across the U.S. while building an unprecedented long-term system of generational support for Black Communities. The initiative aims to raise at least $100 million over the next five years and is looking to associate with other Black-led institutes to help create awareness regarding mental health.

This year, Charlamagne furthered his efforts towards mental health outreach by honoring the Foster Youth at the LA County Independent Living Program’s 2021 Virtual High School Graduation & Scholarship Award Celebration. He presented five scholarships to students looking to pursue a profession in mental health. The scholarships will help support their studies in majors such as Psychology, Political Science, Social Work, and Sociology. The five students are also going to benefit from free virtual therapy sessions, whereas a sixth student will receive free sessions as well as a scholarship from an organization partnering with MWA.

A philanthropist and an advocate for increasing the representation of Black people in the top ranks of educational institutes, Charlamagne also surprised students at the South Carolina State University with a scholarship cheque of $250,000. The scholarship, named after his mother (an alumnus of the university) was presented to excited students at the school’s homecoming game. It is directed towards providing opportunities to African American women who major in English or Communications. The university also conferred an honorary Doctor of Humane Letters upon Charlamagne at their Spring Commencement ceremony in May 2021.

Charlamagne’s most recent venture, “Tha God’s Honest Truth” also tackles prevalent issues of systemic racism such as America’s conservative backlash against critical race theory and the FBI’s lengthy history of protecting white supremacy. The show is a must-watch to gain a nuanced understanding of the struggle Black people face and the way forward. It has episodes that premiere weekly, with the latest one out on October 29th. Watch the show exclusively on Comedy Central.