When looking to take waste out of water, this company took water out of waste.

When looking to take waste out of water, this company took water out of waste. 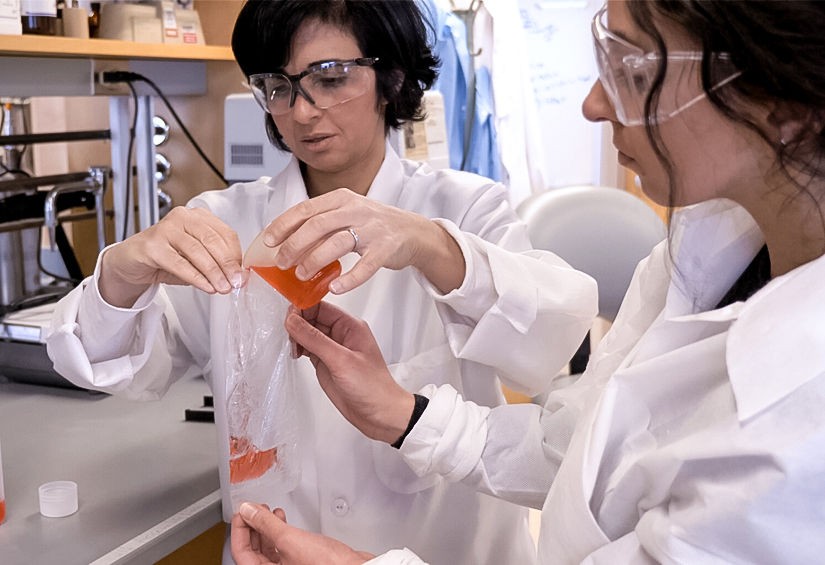 “I can’t just solve bite-size problems, ” Diana Yousef said to me about halfway through our passionate conversation surrounding her business and the global problems it addresses. She was supposed to be at a conference in San Francisco discussing her startup, change: WATER Labs, but the third Nor’easter of the winter season had other plans, and she was snowed in with her two kids in Boston.

Yousef is many things: an academic, a scientist, an entrepreneur, a consultant, a business founder, and a Finalist in the Cartier Women’s Initiative Awards. But most important to her is that she is a mother to two daughters.

A big reason she decided on her current career path was to provide an example for her girls.

“I wanted to show my daughters that it doesn’t matter where you are in life, you have the ability to decide. You don’t have to ask permission. You can decide who you want to be. The only way I could demonstrate this to them was to prove it in my own story.”

The Beginning of Curiosity 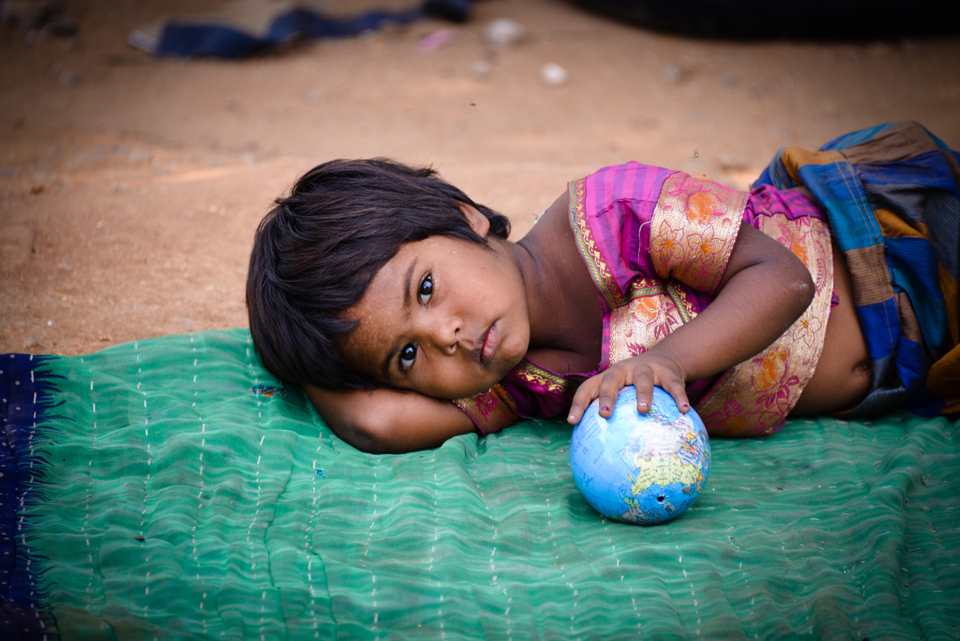 Yousef was curious, interested in nature and how things worked from a young age. The daughter of two parents with scientific backgrounds from Egypt, Yousef believes it was a foregone conclusion that she would get into the field in one way or another.

She received her AB in Biology from Harvard and her PhD in Biochemistry and Structural Biology from Cornell. However, she realized quickly that the life of a research scientist was not for her.

“I felt tucked away from people and the real problems of the world in a lab,” she said. “In the last couple years of my PhD, I had BBC News on in the background while I was doing my research. Hearing about how people were living, and what challenges they were facing, kind of pulled me back into the real world.

“My parents are from a developing country. Part of me exists in Egypt. I wanted the people in resource-poor settings to have the same opportunities I have had because I was born in the U.S.”

To assist her pursuit of a career outside of research, Yousef worked toward her MA in International Affairs, Economic and Political Development and an MBA in Finance and Economics, both from Columbia.

“I’m very much a person who wants to do the creative thing, but I want it to be relevant. My business degrees were my attempt to build pragmatism that would power the idealistic concept.”

She was continuously in search of a career that included creativity, discovery, and innovation, balanced with her big heart and desire to make an impact on the world. But finding a perfect mix of these things to solve problems and help those in developing countries was a challenge.

“I bopped around, trying to find the right mix. I expected there to be a job out there that ticked all of the boxes, but it was hard to come by.”

From World Bank to the UN, nothing fit quite right.

“None of these jobs were positions where I looked up at my boss and said ‘I want that job.’ I came to find out that there was no template for what I wanted to do.” 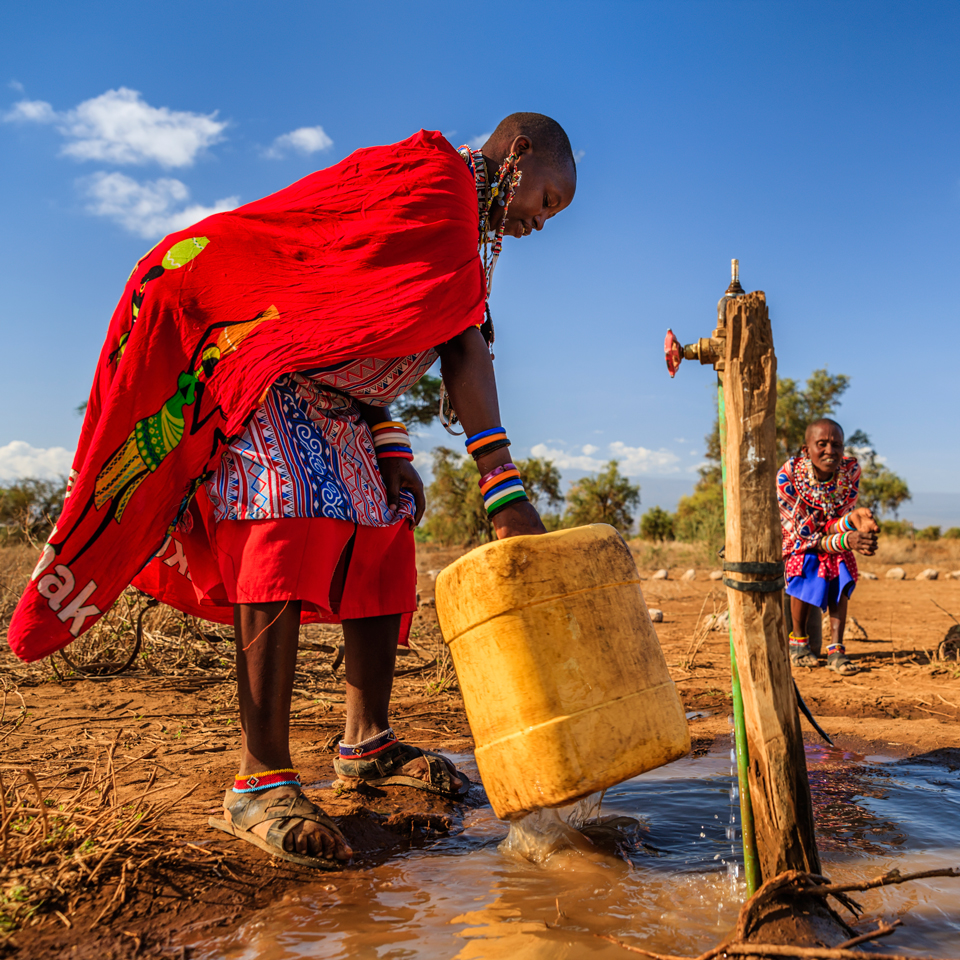 Everything changed for Yousef in rapid fashion: she moved to Boston, unable to find a job because she was at full term in her pregnancy. After having her daughter, she said she “fell off the career cliff”.

“I realized I couldn’t spend the next 20 years as a mom, and a professional in a new city, trying to do all the things I had done before when I knew they wouldn’t lead me where I wanted to go. I had a baby, I was breastfeeding, and it was hard to be excited because I was tired all of the time. I gave myself permission to reinvent myself and my career,” she said.

“I see a lot of women in this phase—they’re stuck in jobs that don’t ignite them, or are undervalued. We sometimes have an unwillingness to pursue something that lacks security where we’d have to say ‘Here’s what I know, but if I let it go I have to rebuild myself.’”

This reinvention was realized in 2012 when she founded change:WATER labs, an accelerator focused on developing transformative water technologies for developing countries.

“I established a platform for creative, smart people to come together, to leverage tech and develop solutions for problems that seem to be unsolvable in the developing world.”

She created a product accelerator to address issues specifically related to clean water and sanitation, something that over 40 percent of the world’s population live without. She wanted to create products that were low cost and wouldn’t take decades to finalize before deploying in the regions that need them.

change:WATER Labs was born from Yousef’s time as an advisor to a joint initiative between NASA and the United States Agency for International Development (USAID) dealing with how to solve problems around water access, for both astronauts and those in developing regions.

The joint initiative utilized breathable materials, something that sparked the curiosity of Yousef. If she could use it to purify dirty or waste water, she could provide a cheap, clean water alternative.

“The conclusion we came to, however, was that the breathable materials took water and evaporated it, which was the opposite of our goal.” 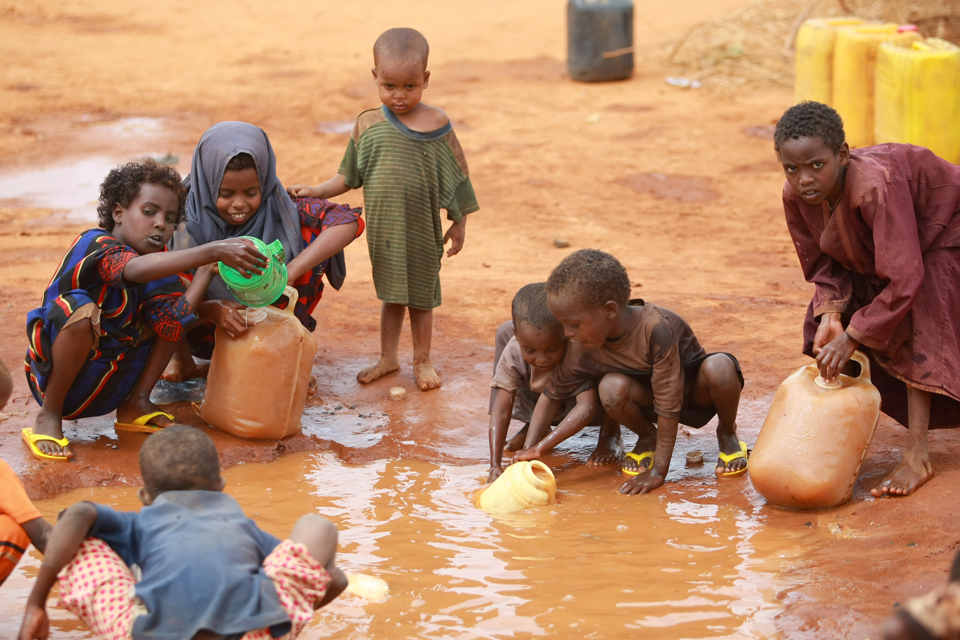 Yousef pivoted, changing her pursuit for clean drinking water to one that eliminated waste by evaporating its water content to leave behind a fraction of the waste.

“Our current sewage approach in the U.S. is taking waste out of water. What if we could take the water out of waste?”

Water is top of mind for a region like the Middle East: its availability dictates everything. To have accessible sanitary options, water and energy is necessary. But many of these developing regions of the world don’t have either of those commodities reliably, or whole communities live completely off the grid.

But change:WATER Labs is in the final stages of bringing to market a low-cost, compact, waterless toilet for non-sewered households and communities. A membrane—which Yousef and her team “lovingly refer to as shrinkwrap for crap”—evaporates the liquid from sewage.

Waste falls into the membranous pouch, which “flushes away” 95 percent of the volume of the waste. This small amount of residual solidas will make off-grid toilets lower maintenance: current options need emptying once a day or every other day,where the pouches in change: WATER Labs’ product need to be replaced once or twice a month. 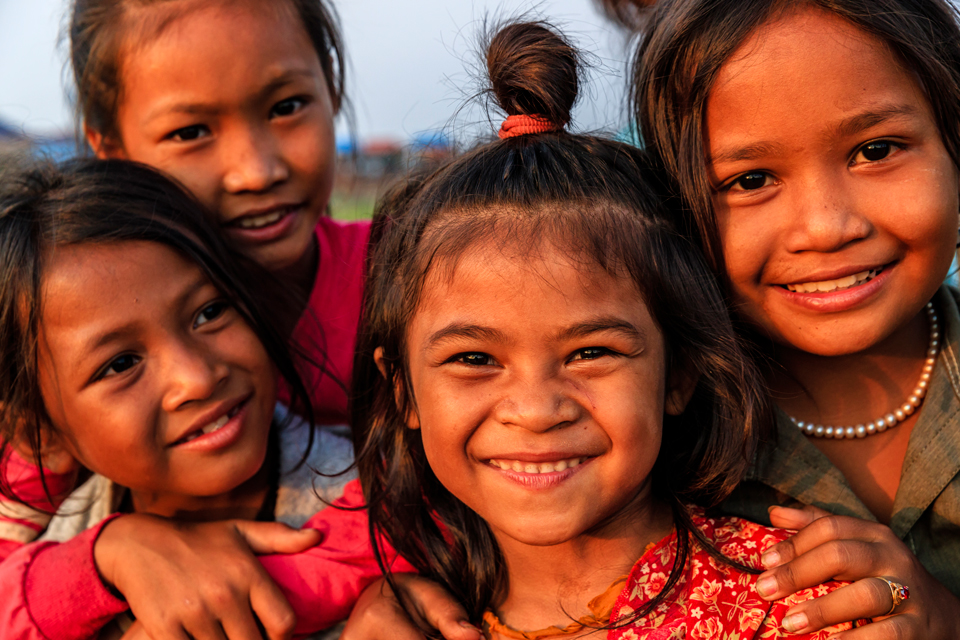 Yousef is looking to launch a full-scale prototype in the fall, and has three pilot partnerships solidified. But the last three years have been a challenge in terms of funding.

“We’ve been super scrappy. We’ve raised $200,000 in grants and awards in the last five years. This business has to be intentional—initially—about our funding. In order to keep the social and environmental mission at the center, we have to be in control. If we had taken certain money, our cause may have had to change.

“But there’s so much need for what we’re doing: everyday there are people suffering from not having access to a safe toilet in their home. We want to get it out as soon as possible.”

Cartier’s Women’s Initiative Awards could help with that. Cartier, the Women’s Forum, McKinsey & Company, and INSEAD business school created the joint partnership awards in 2006 to encourage women entrepreneurs. Winning the award means a grant and invaluable media exposure for Yousef and her cause.

“We could complete our pilot and validate the product—it would accelerate that validation to get this on the market.”

Even being a finalist has had its perks.

“The great thing about the Cartier Awards is that its provided a platform connecting me with other women who have done this. I can learn what they’ve been able to do. We’re so excited about being selected for this.” 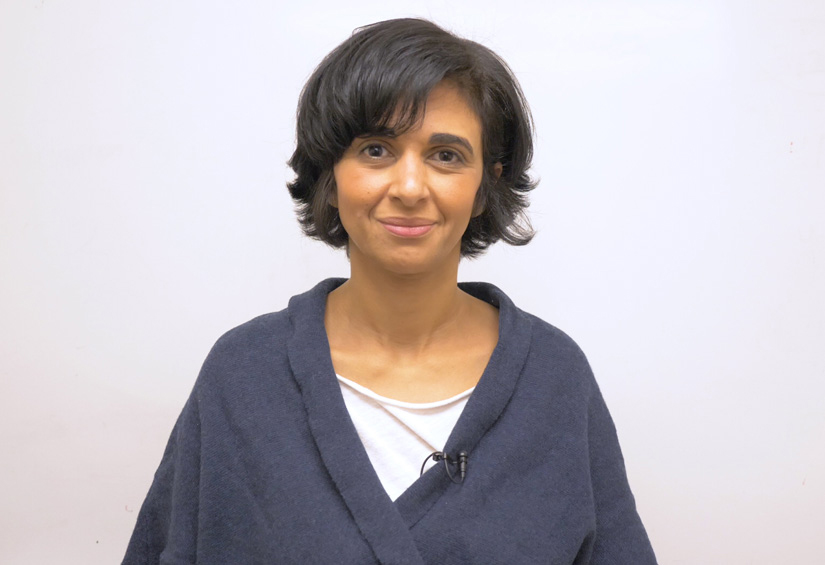 This toilet wasn’t developed in a vacuum. Yousef and change:WATER labs partners with D-Lab at MIT, an environment Yousef said was incredibly supportive. The Massachusets Clean Energy Council has also subsidized interns, who Yousef would not have been able to pay otherwise. Pro-bono legal service and a host of other people, including CTO and co-founder Huda Elasaad who hasn’t taken a salary for three years, prove that a good idea brings together the best of people.

When I asked Yousef what advice she had for people who had a heart for trying to solve some of the world’s largest challenges, one thing stood out: just go for it.

“When I look back on the path I took through the credentials and masters programs, I felt like I had to ask permission and be overqualified to be taken seriously. I think if you’re on fire about an idea, be brave, and just do it.

“When I started, I had a lot of people tell me it was never going to work. That it was a problem no one cared about. And to be frank, it sucks. For two years I had no encouragement, but the universe had this plan and I stuck to it. The same day I gave myself the permission to quit my previous career path was the same day I met my co-founder.

“Some days you just have to get one foot in front of the other: it doesn’t have to be a leap everyday. If you have passion and persistence, you’ll get somewhere.”