Canary Wharf is facing one of the most challenging periods in its history, but is determined to turn the tide and become a “24/7 city... 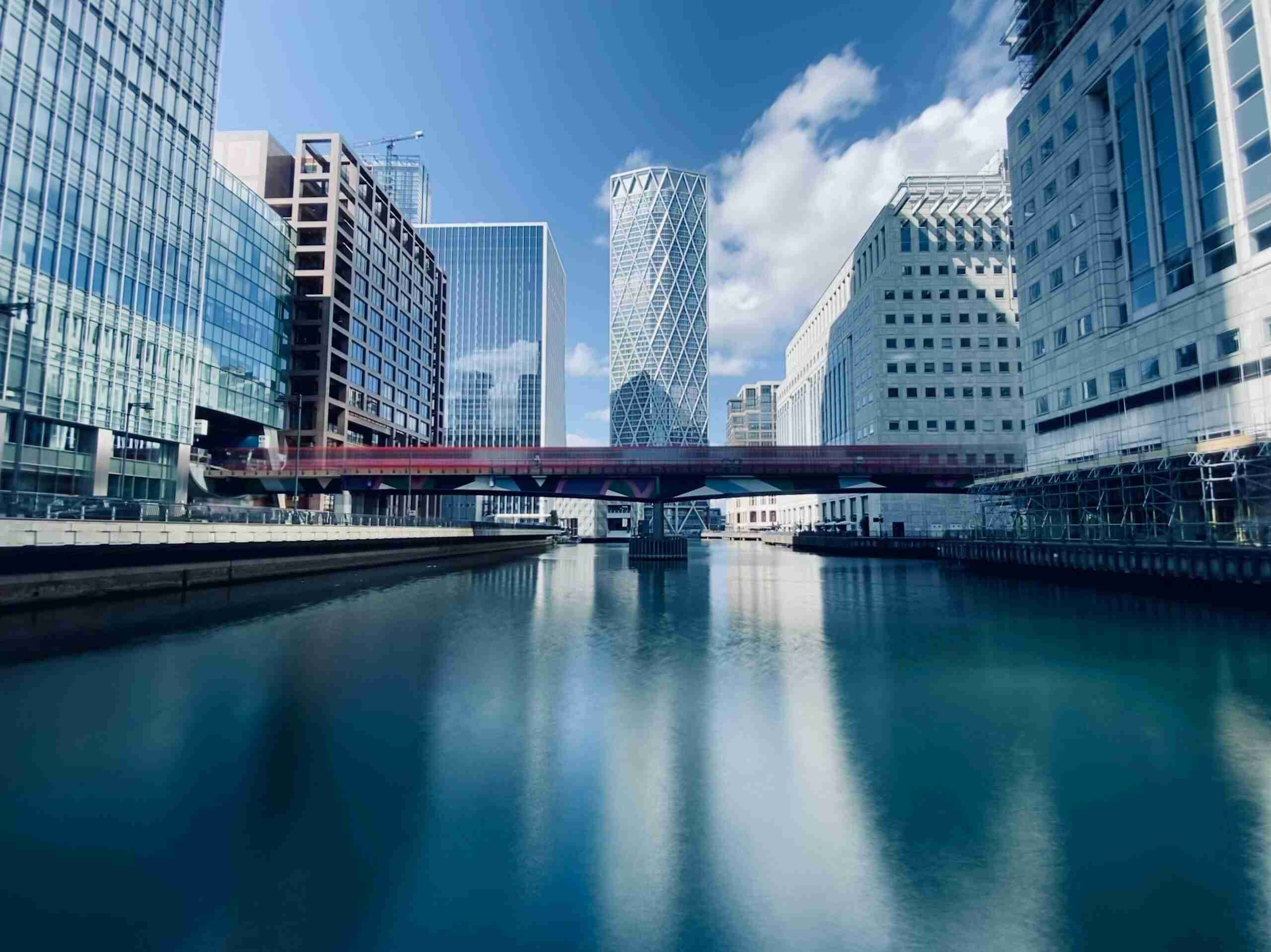 Canary Wharf is facing one of the most challenging periods in its history, but is determined to turn the tide and become a “24/7 city where people live, work and play” said Shobi Kahn – Chief Executive, Canary Wharf Group.

Turn the clock back to the 1800s, and Canary Wharf was one of the busiest docks in the world, taking its name from the trade in fruit and vegetables from the Canary Islands. Fast forward to the 1960s and the port industry was in decline with the last of the docks closing in 1980. Throughout the 1980s, a massive regeneration of the docklands area was planned, with construction starting in 1988.

In 1990 the landmark building One Canada Square standing 244m tall was opened, at the time the UK’s tallest building. By 1991 the first tenants arrived in Canary Wharf, famous names such as Morgan Stanley, HSBC, Citigroup, Credit Suisse and First Boston. These were giant financial institutions that soon established Canary Wharf’s reputation as a financial hub.

Facing up to the challenges of The City, Brexit and the pandemic

The City of London Corporation wasn’t prepared to sit back and see Canary Wharf eclipse The City as London’s financial heart and started to relax the rules on taller buildings. The popularity of Canary Wharf began to wane and according to Bloomberg, only three of the last 10 major bank relocations in London have settled in Canary Wharf, the remainder opting for the City.

It’s reported that many of the banking giants’ original leases signed in the 1990s are coming to an end, with around 15% having less than five years to go. Citigroup plans to merge staff from two buildings into one, Credit Suisse is subleasing surplus space and Morgan Stanley is considering its options for a new HQ.

Despite the challenges posed by Brexit, earlier in 2021 financial services consultants Bovill reported that nearly 1,500 EU financial services firms had applied for permission to operate in the UK, with c.1000 of those planning to set up their first UK office. This includes 400 insurance and insurance intermediary firms and c.100 retail and wholesale banks. Companies from Germany, France and Ireland were among the top countries seeking permission to operate in the UK, good news for the Capital.

Bovill Managing Consultant Mike Johnson commented, “Since many of these European firms will be opening offices for the first time, this is good news for UK professional advice firms across multiple industries including lawyers, accountants, consultants and recruiters. Business from these firms should provide a welcome boost to the service sector – the powerhouse of the UK economy.”

The reliance on banking organizations in Canary Wharf is diminishing and now accounts for less than half of Canary Wharf Group’s rental income. Energy companies, law firms and consultancies have taken office space alongside the banks, and the expected arrival of Crossrail in the first half of 2022 will be a welcome addition.

Following the huge disruption caused by the coronavirus pandemic, Canary Wharf is starting to come alive again as restrictions ease and workers gradually return to offices. Retail stores have reopened, and restaurants, pubs and bars are once again welcoming visitors.

Shobi Kahn said that “our jobs are to provide great real estate at good value and then whichever companies are growing will take that”. Fast-growing tech brands Revolut and Tesla are two companies that have committed to Canary Wharf. 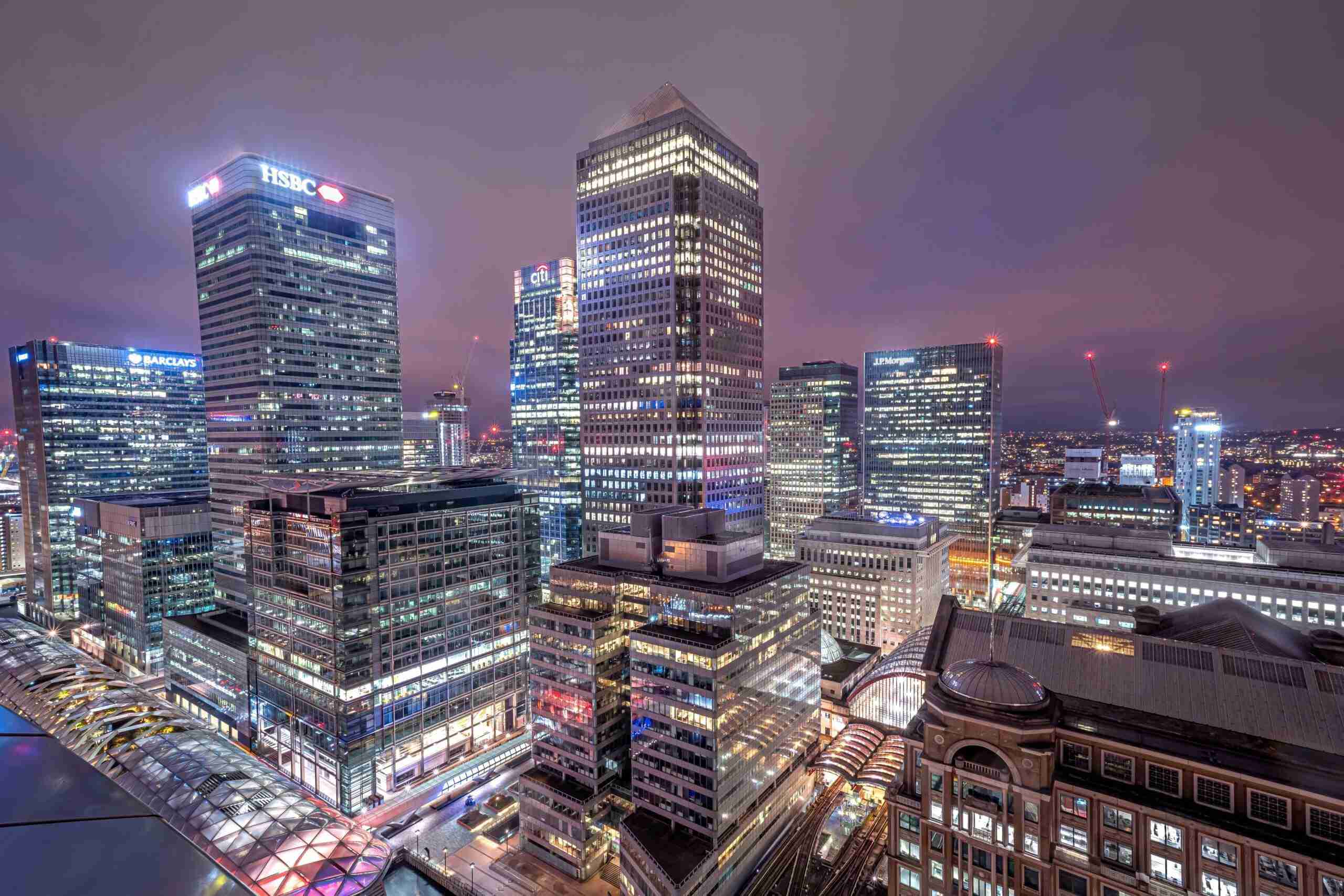 As the focus on financial business shifts, businesses from tech and other service sectors are being attracted to the many benefits of locating in Canary Wharf. Start-up and scale-up businesses value the buzzing atmosphere and wealth of good value serviced offices to rent. The shift towards post-pandemic hybrid working has led to an increase in demand for short-term flexible workspace.

Flexible workspaces are fully serviced offices, available for immediate rent but without the onerous commitments of a long-term lease. Businesses only pay for the space they need and upsizing or downsizing at short notice is easy.

Perhaps one of the most famous serviced offices in Canary Wharf can be found within its most iconic structure, One Canada Square, the 774ft tall skyscraper, the UK’s second-tallest building. A serviced office in this prestigious landmark building is available from as little as £375 pp/pm. Businesses located here welcome the fact that finding meeting space in Canary Wharf is easy, with 14M Sq Ft of office and retail space in the vicinity.

Richard Smith, CEO and Founder of global office broker Office Freedom commented, “Canary Wharf has gone through a challenging time but we’re seeing positive signs of a bounce-back. There are plenty of great value flexible workspaces in Canary Wharf currently, ideal for growing financial, tech and service businesses, with easy access to the DLR, Jubilee line and City airport. Crossrail is coming in 2022 and will be a game-changer for the area.”

There has also been a residential development boom in the area around Canary Wharf and old office blocks on the periphery have been replaced with modern apartment blocks. It’s now estimated that c.180,000 people live within a mile of Canary Wharf. The E14 postcode in which Canary Wharf is located accounts for one in eight of all homes being built in London, more than any other London Borough.

Viva Vertis, the property arm of The Canary Wharf Group, has developed three residential towers. In George Street residents began to occupy the 327 apartments housed in the 37-storey building last summer. 174 apartments have been added at Water Street and 636 more were added in the Summer when the Newfoundland Tower opened. There are also rumors that development of 1 Park Place could evolve into a new 60 story mixed-use apartment block, housing shops, co-working and around 624 flats.

Whilst major corporations creep slowly back to the office and embrace new hybrid working practices, local businesses are optimistic about the future. Birley Sandwiches have recently re-opened their five Canary Wharf branches and Pret A Manger, despite closing 36 of its stores last year due to the pandemic, has re-opened all nine of its Canary Wharf branches.

Neat Burger, the vegan burger chain which has Formula One Champion Lewis Hamilton as its Ambassador, is due to open a branch in Cabot Place soon. Get a Drip, the wellness chain that delivers I.V. vitamin drips and booster shots, has opened in Cabot Place shopping Mall, and Pergola has opened a 700-seat restaurant at Crossrail Place.

With great living space, employment opportunities and local amenities, Canary Wharf is hoping it has turned the corner on a difficult time in its history and is continuing to reinvent itself for a brighter future.

Habib-Ur-Rehman is well-known writer for tech, business, food and multiple topic writer with updated info for the audience, believe in the researched based content writing with outstanding writing style.