Canadian Wine is taking the Asia Pacific by storm, and Sina Tahamtan, President of Canadian Wine Exporters, says you shouldn’t be surprised.

Canadian Wine is taking the Asia Pacific by storm, and Sina Tahamtan, President of Canadian Wine Exporters, says you shouldn’t be surprised. 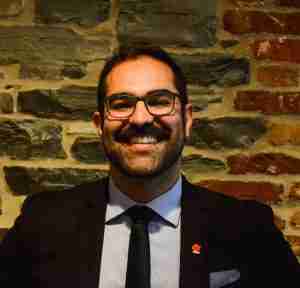 Sina Tahamtan is on a mission. His company is young, but it’s growing and evolving rapidly. He travels throughout Canada, and often to Asia, to meet with small and large business owners alike, keen on figuring out just what he can do for their products and their markets.

He’s built a strong network of players in Canada, and makes sure their products’ audience in Asia sits with rapt attention, anxiously awaiting the next shipment of Canadian goods in a variety unseen elsewhere in the world. Each shipment contains something new, delighting customers in the Asia Pacific and clients back home in Canada alike.

Sina Tahamtan deals in Canadian wine—and more recently, whisky and cider. The country, known more for its clichés of beer drinking and hockey, has seen incredible growth in the wine sector, and particularly regional and domestic wines; around a third of the wine Canada produces is consumed in the country.

Its wine is receiving praise, accolades, awards, recognitions, and winning more and more awards at international wine and spirits competitions than ever before. But Tahamtan, President of Canadian Wine Exporters, wants to share Canada’s boon with the world.

“Canada is producing some of the world’s best wines and spirits and we’re far from reaching our potential yet,” he said.

Canadian wine, he said, offers deeper refreshments, better harmony with food, and greater aging potential than many of the wines of the world. He attributed this to the ancient soils—including 12 meters of glacial clay and silt which have high concentrations of sugars, acids, and minerals that contribute to the quality of the growth. 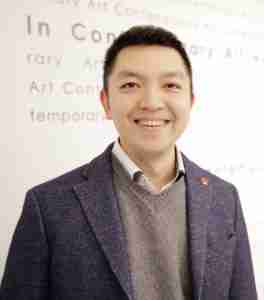 Canadian Wine Exporters, just two years old, started with a prophetic beginning: drinks with a business partner. Joe Huang and Tahamtan—two men with a passion for entrepreneurial initiatives—had worked together on a real estate transaction that had gone very well, and became friends after business was completed. Over these drinks, Huang shared with his friend that he believed they could create a market in Taiwan for Canadian wine.

“We wasted no time and dove in head first,” Tahamtan said. “Instead of discussing the initiative ad nauseum and sitting behind our computers to formulate a business plan, we decided to get out there and visit wineries to understand their existing market landscape and how we could leverage our expertise to help them explore and expand through new sales channels."

The idea quickly became real. Tahamtan had the opportunity to buy wine, and CWE had the support from wineries in the area to infiltrate a new market—Asia Pacific—for them.

Within three months CWE was incorporated, $50k worth of wine from local wineries was bought, and its first export was sent out. Tahamtan then went to Taiwan, rented a warehouse and an office, and began what he does best—getting the word out. He hired a marketing assistant and paid for ads, signs, and billboards, sharing the bounty of Canadian wine with a region previously unaware of the delicious option. 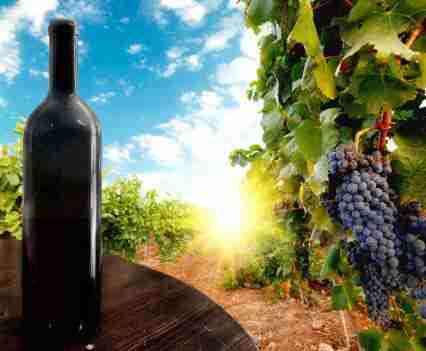 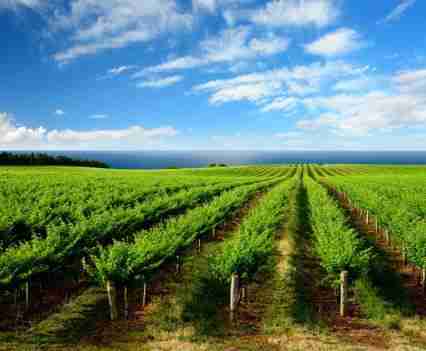 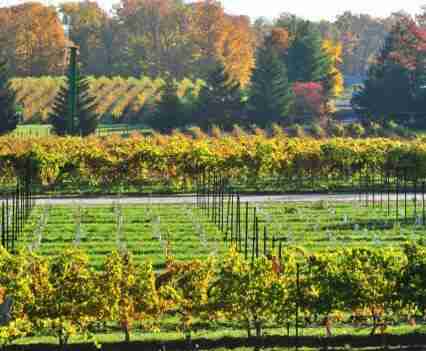 Less than five months later, CWE sent containers of wine and participated in its first expo. And less than a year after creating the company, CWE was more organized and structured than some of the largest export companies representing the biggest wine brand in the U.S., France, and Spain, and bigger than many of the companies showcasing at the expo.

“Most wineries were shocked at how serious, quick, and aggressive we were,” Tahamtan said. “Some thought we were crazy, but we knew that if we wanted to make a real go at this, we had to take the risk and start with one shipment and see how it went.

“The reason we succeeded was because we wanted it more than everyone else, and we spent countless days perfecting everything—the presentation, the goods, the marketing materials, everything.”

Now, the company is the leader in exports in Canadian wine to the Asia Pacific. It’s been a quick ascension for Canadian Wine Exporters, but it wasn’t easy.

Tahamtan realizes there is a lot to keep in mind to continue realizing growth and increase sales: education plays a big part. CWE teaches not just on the quality of Canadian wines but the awards and accolades it has won, as well as the country’s commitment to sustainable producing practices. The company also makes sure its customers understand that wines produced in Canada are strictly regulated by various authorities, which means that everything produced and sold is of the highest quality standards and approved using strict regulations as a guideline.

”All of our staff is trained,” Tahamtan said. “We work closely with wineries, associations, and industry leaders to develop a robust information package that will help educate and teach the public about our wine industry and the merits of our wine industry.” 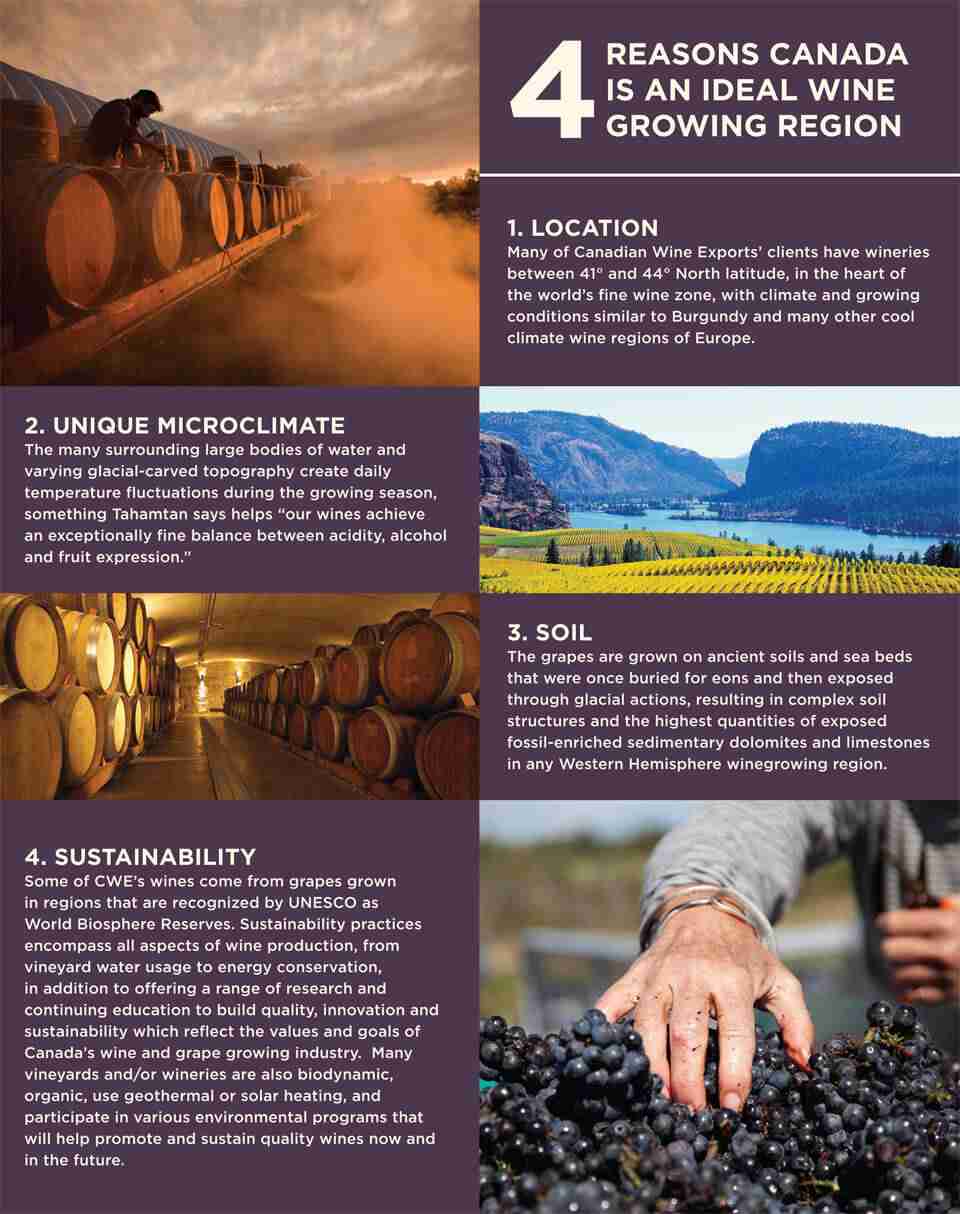 “We provide wine to the Canadian Trade Office in Taipei, the Canadian Chamber of Commerce in Taipei and other government bodies. We have developed good and transparent relationships with all of these bodies, and they and the rest of the public in Taiwan know that all the wines we provide to their market are reputable, legitimate and of the highest standard.”

CWE wants its suppliers to focus on what they do best—creating exceptional wines and spirits. Its role in turn is to do what they do best—developing the supplier’s brand and driving sales for them in new markets.

Tahamtan has built a portfolio of wines to be proud of. In fact, his company represents the largest portfolio of Canadian wines in the world. He knows that the wineries trust Canadian Wine Exporters to promote their wines, and he does everything in his power to make sure their needs and wants are being met.

“We went from doing a small test run in November 2014 to doing a full container in less than six months. Within two years, we have created five wine stores in five different cities. We have 15 staff in Taiwan, 3 in Ontario, 1 in British Columbia, and are now expanding into other provinces.”

The biggest part of Tahamtan’s message when promoting his partners in the Asia Pacific is for his potential buyers to explore something different and new in terms of wines and to make sure the source of the wine is authentic.

“It's important for people to explore new wines from different countries. But It's time for the world to be more avant garde and bold in terms of their selections, and to step away from the typical selections of old world wines that the media and mass marketing initiatives have made us feel are the only choices.”

CWE is continuing to expand within existing overseas markets and into Hong Kong, Japan, South Korea, and in a few years—India. With the immense success this young company has already seen, the sky is the limit for Canadian wine’s expansion throughout the Asia Pacific. His mission is not yet complete—and with the entrepreneurial spirit he has, it probably never will be—but Tahamtan doesn’t mind. He won’t stop until the world is drinking good, Canadian wine.

“We're not only exporting wines, we are also trying to bring members of our Canadian wine industry together so that we can, as a team, showcase to the world what the future of the global wine industry will be, and Canada is undoubtedly going to be one of the major players.

“What excites us the most is knowing that we are leading the way for the growth of Canadian wines in foreign markets. Nobody has done this yet: we’re the first.”

Canadian Wine Exporters Ltd. is a 100% Canadian owned and operated company and a proud member of the Canada Brand program developed by Agriculture and Agri-Food Canada. Our company benefits from a robust business network within and outside of Canada in addition to having strong relationships with Canadian Embassies in foreign countries.

We provide wineries with a full suite of services ranging from marketing support, sales, export management/logistics and investor relations opportunities. By fully managing their export needs, CWE can ensure that wineries will have more time to focus on what they do best - producing world class award winning wines.

We invite all Canadian wineries to contact us to discuss brand and sales expansion opportunities through strategic export initiatives. 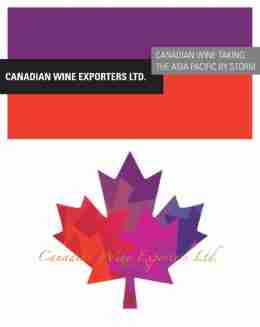