With the loonie’s precipitous slide continuing, opportunity would seem to beckon. Canadian consumers are struggling with their reduced purchasing power, but some manufacturers have set...

With the loonie’s precipitous slide continuing, opportunity would seem to beckon. Canadian consumers are struggling with their reduced purchasing power, but some manufacturers have set their sights on far more appealing prospects. The weaker Canadian dollar is making the field of exports more competitive than it has been in recent memory. 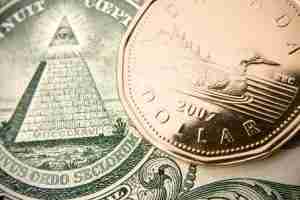 That is not to say that the situation is entirely straightforward, however. Unlike the last period during which the loonie traded at its current range—the Dotcom bubble of the late 1990s and the industry’s subsequent bust—manufacturing investment is not yet pouring into Canada.

There are several reasons for this. An especially unsettling one has been the speed of the loonie’s decline with a 20 percent loss in value since 2013, which is the steepest loss ever recorded. That has left some business leaders wondering when the market will hit bottom and others resolving to ignore such fluctuations entirely.

Jerry Chenkin, CEO of Honda Canada recently told Reuters, “We don’t believe making a strategy, or a business strategy based on exchange rates is sound business logic. Exchange rates as we’ve already seen, go up, go down and are impossible to control.”

At the same time, that perspective did not prevent the company from committing to a capital influx of nearly a billion Canadian dollars for an Ontario plant.

In some cases a loss of manufacturing capacity throughout the previous recession has meant that
gearing up again requires an extra surge of investment. Economist Mike Moffat of Western University 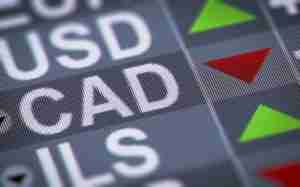 thinks this can be a real sticking point, telling the CBC that “people are not going to… start building new factories assuming that the currency’s going to stay low.”

Still another issue is the tight, NAFTA-bolstered coupling between the American and Canadian economies, especially their manufacturing sectors. Export-focused Canadian operations often rely heavily on production inputs from their neighbor to the south, with the need to pay in U.S. dollars eating away at any competitive advantage a weaker Canadian dollar would provide.

The manufacturers that are now benefiting most directly from the loonie’s plunge, then, are those that are less effected by the market drop.. Even though the company reports in American dollars, for example, Nova Scotia’s High Liner Foods recently set new sales records, improving nearly seven percent year on year.

Forestry companies and the manufacturers that refine their output are also riding high on the weaker loonie. Just as the Canadian dollar’s fall began to attract attention, International Forest Products’ Marty Juravsky reported that the development had already been “a net benefit to us as a Canadian-based manufacturer. ”For this company, this statement has only become truer since.

If the drop in the loonie’s value has not yet turned out to be a panacea for a sector that accounts for 11 percent of the country’s GDP, there is still plenty of reason to think that its potentially positive influence will be more widely felt. Between the Bank of Canada’s apparent commitment to loose, expansionary 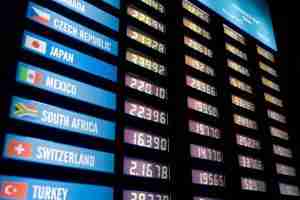 If the drop in the loonie’s value has not yet turned out to be a panacea for a sector that accounts for 11 percent of the country’s GDP, there is still plenty of reason to think that its potentially positive influence will be more widely felt. Between the Bank of Canada’s apparent commitment to loose, expansionary monetary policy and the continued strength of the American economy, analysts expect the country’s currency to remain in the same general trading range for some time.

According to Douglas Porter, chief economist of BMO Capital Markets, as uncertainty is resolved and manufacturing capacity increasingly maxes out, the kinds of investments that many associate with a drastically weakened loonie will become more likely. After January’s Detroit Auto Show, for instance, Canada’s Minister of Industry James Moore brought home welcome revelations in the form of two major deals. He was “very confident that we’ll have more good news to announce in the future,” a sentiment that continues to spread.