Overproduction of Solar Power Is More Harmful Than You Think 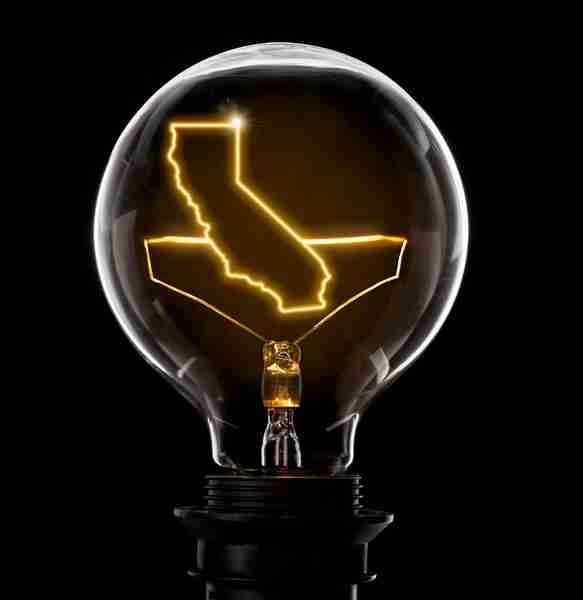 Investing in renewable energy is not new for California, The state has begun its use of hybrid power systems through Southern California Edison (SCE) and GE in hopes of it spreading statewide and beyond.

This unique system combines a hybrid battery with a gas turbine to make and store electricity for use whenever power demands rise, especially during the sweltering summer months.

Too Much Solar Power at the Wrong Time
Though solar power continues to be a strong weapon against the release of greenhouse gases, an oversupply leads to a reduction of solar power and other generation resources.

Currently, there is an overproduction of solar power taking place during the day, at times when it is least needed.

Ironically, recent records have shown that peak times are in the evening, after the sun has set, deriving energy from fossil-fueled peaker plants.

The trick is finding a way to match clean renewable energy generated in the daytime with actual demand for electricity. 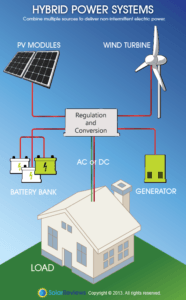 How Will it Work?
Hybrid power systems operate like a hybrid car—drawing first on the battery, then switching over to the gas turbine if power demands spike, explained Edison President Ron Nichols.

“Really, you need to look at it as a unique system. It’s not comparable to a peaker, or to a pure battery. A pure battery at the end has the limitation of how long it can be on—and the gas has a limitation of how quickly it can start up. When you put them together, to some extent, you can run them forever,” said Mirko Molinari, general manager of GE Digital Grid Solutions.

The introduction of hybrid power systems is extremely beneficial to turbines which, aside from having to adhere to California’s stringent air quality laws, can only run for hours at a time—ideally at full capacity.

In the production of hybrid power systems, a 10 megawatt battery is incorporated to an already existing turbine so that it may serve as a generator programmed to fire up at five and 15 minute intervals when needed, making these systems the first utility-scale applications of battery storage and gas turbines.

Creating these hybrid power systems is a complex process, which is why GE makes these themselves.

These systems help the state move toward their goal of being 50 percent dependent on renewable electricity by 2030.

“You don’t always get an opportunity to take an existing facility, add some new technology to it, and enhance the value and reduce the cost to customers,” explained Nichols.

Storage only facilities believe they should be prioritized, while others argue that the consumer will benefit most from solar-plus-storage facilities.

With the addition of technological storage to solar facilities, consumers will have more accessibility, making it easier to participate.

Despite the mixed reviews, it’s clear that hybrid power systems are an important step in the right direction for the sake of preserving our environment. In recent years, there has been a notable spike in general interest regarding where we source things such as labor and food.

Right now, it is just as important that we seek out answers and solutions for what the best source of energy is.