Humanizing Business Communication and the Future of Work

Polycom’s EVP of Engineering illustrates just why prioritizing the personal matters in business communication when video conferencing and remote work are the new normal.

Polycom’s EVP of Engineering illustrates just why prioritizing the personal matters in business communication when video conferencing and remote work are the new normal. 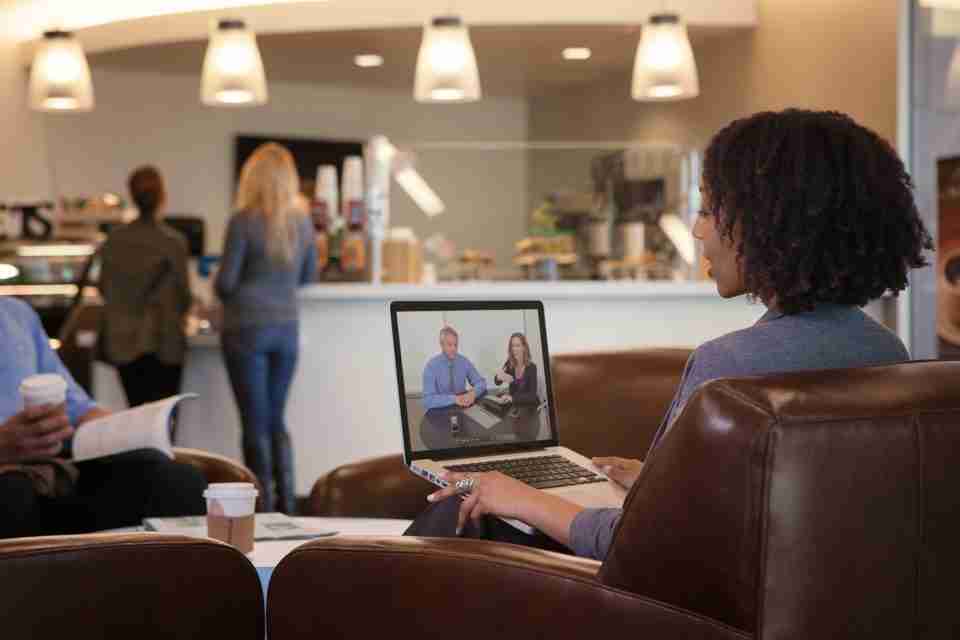 Among the world’s most notorious oxymorons—childproof, exact estimate, diet ice cream—few are as painful as business communication. Certainly, “Reply All” email chains and heavy-handed memos are partly to blame, but the real issue goes deeper.

The technology driving how we communicate has grown by leaps and bounds over the last decade. In step with popular culture, we’ve left behind in-person communication for the digital. For millennials and especially Generation Z, even phone calls are considered passé.

As any parent knows, if you call, nobody answers. But text, and a reply comes bouncing back in seconds.

By and large, these developments are positive. Asynchronous communication—whether by email, messenger, or app—allows us to collaborate free from the constraints of geography.

Unfortunately, what we gain in breadth, we regularly sacrifice in depth. For all its benefits, text-based communication is ambiguous. As Dr. Nicholas Epley explained in his book Mindwise:

“People using [these] mediums think they are communicating clearly because they know what they mean to say, receivers are unable to get this meaning accurately but are certain that they have interpreted the message accurately, and both are amazed that the other side can be so stupid.”

Thankfully, correcting these communication missteps comes down to three ingredients.

Prioritize the Personal
According to a new study of 25,234 workers commissioned by Polycom, 77 percent of employees now take advantage of “flexible working” in one form or another.

Thirty-two percent said they “work this way often.” Those numbers, as well as other studies, add up to a single conclusion: remote work is the new normal.

Often, the miscommunications Dr. Epley highlights are minor, resulting in redundant workflows or, at worst, missed deadlines. However, the touchier the topic, the more catastrophic the consequences.

This is where prioritizing the personal comes in.

Think of your communication tasks on a risk spectrum. On the low end are daily check-ins, project updates, and data requests. At the other extreme are full-fledged performance reviews and corrective actions. As risk increases, so does the need for what academics call “rich media.”

Difficult conversations demand one-to-one face time or at least the digital equivalent. Ironically, everything in us pushes back against this advice. By default, we’d all rather have hard conversations in the least media-rich way possible.

Sending an email feels so much less confrontational than talking face to face. But for leaders and employees alike, braving a phone call or a video conference is well worth the interpersonal struggle. After all, body language, eye contact, and tone of voice say more than our words ever could.

The only way to overcome the challenges of text is to leave text behind. This is true today but will become even more vital in the future.

The problem with dehumanizing business communication isn’t distance. Rather, it’s defaulting to what seems like the easy path. In truth, we can navigate hard topics effectively simply by prioritizing channels that bring humanity to life. 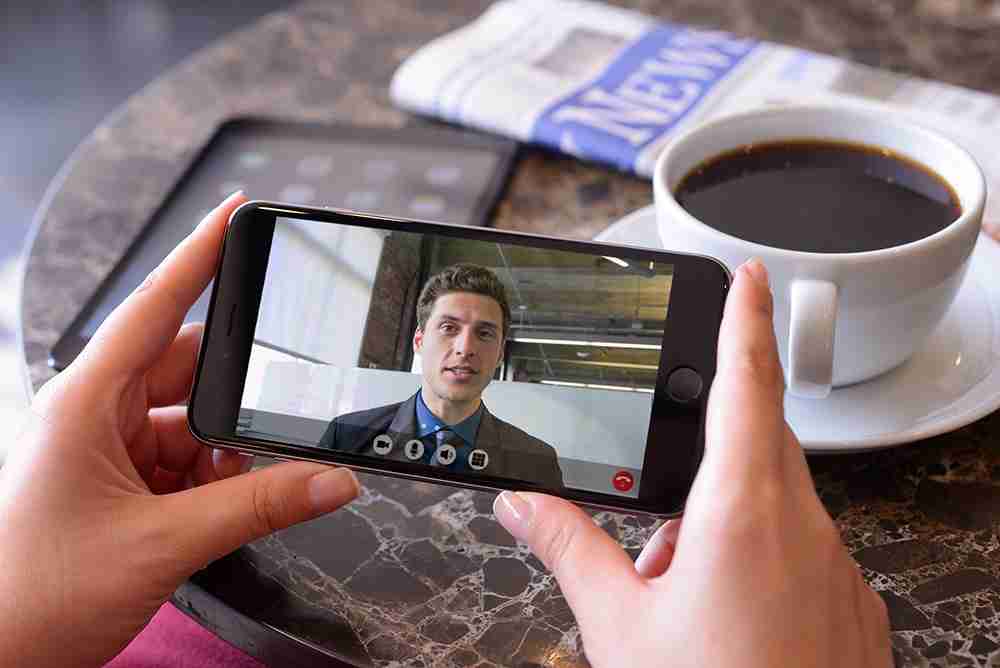 Conceal the Computers
Despite advances, tech is still far from perfect. In fact, the richer the experience you’re leveraging, the more fraught with technical danger it becomes.

Frozen screens, dropped audio, and background noise—not to mention videos that won’t play, files that won’t share, or slide decks that won’t advance—are just a few of the foes we face.

Amidst those challenges, one underlying truth dominates: when technology calls attention to itself, it stops facilitating human communication.

Another way to say this is that technology only works when it’s invisible, when it doesn’t interfere. This means selecting tools that prioritize responsiveness and ease of use.

Responsive tech mirrors the way people naturally interact. Cameras, for instance, that find the active speaker and focus automatically replicate what our eye does naturally. Audio software that cancels out background noise mimics how our ears and brain hear things.

And microphones that pick up on subtle changes in pitch and tone deliver our message as clearly as we do in person.

Ease of use, on the other hand, calls for software that starts meetings, invites participants, and integrates content with a single click. What’s more, to fight against the inevitable hierarchy of remote meetings—where one person dominates the screen—we also need the ability to change effortlessly between cameras, presentations, and “drivers.”

All of this should happen behind the scenes. Which is precisely what I mean by conceal the computers.

Ensuring that the tools we use to communicate include these features doesn’t appear obvious. In fact, when they work, nobody notices.

But their absence is costly. The more buttons we have to click, the more noticeable tech becomes … the less human the result.

Surround the Senses
The last ingredient is the most overlooked.

In February, The Register reported on a confidential video from Peluso “ordering unlucky employees to either come into one of six main offices and work ‘shoulder to shoulder’ – or leave for good.” Peluso’s reasoning?

“[T]here is something about a team being more powerful, more impactful, more creative, and hopefully having more fun when they are shoulder to shoulder. Bringing people together creates its own X Factor.”

In a sense, it’s easy to agree with Peluso. There is a certain “X factor” that comes from in-person relationships and work. Where we differ is the application.

Inhabiting the same space does unleash creativity. It also unleashes healthy competition, richer interactions, and more meaningful collaboration. Unfortunately, given the rising demand for flexible working locations, many leaders feel stuck between a rock and a hard place.

How do you navigate those choices? You reject them. Industries like healthcare and education have already done this.

For example, take Royal College of Surgeons’ Medical Training Sim, or mSurgery for short. The virtual reality app runs through Samsung’s Oculus and not only simulates the procedures medical professionals face, but the environment as well.

Recently, three world-class surgeons in Los Angeles and London virtually directed an eye surgery conducted live on a pediatric patient from an operating room in Yerevan, Armenia. A Polycom video conferencing system with HD cameras working with Microsoft Skype for Business captured intricate details of the child’s eye, resulting in a successful surgery for a child who otherwise would have been unable to receive treatment.

In education, augmented reality enables students to take virtual field trips around the world using nothing more than smartphones and Google Cardboard.

Elementary school students regularly interact with NASA and NATO without leaving their classrooms. Children in rural Colorado use RealPresence Centro to take music lessons from world-renowned guitarists in Mexico, via a 3D-camera collaboration system equipped with music mode to accurately transmit the sound of the live music.

But what exactly do these innovations have to do with business communication?

They vividly illustrate how surrounding the senses works in the most high-touch environments. If these innovations sound more like science fiction than business fact, that’s the point.

Carrying computers in our pockets with the power to “guide 120,000,000 Apollo era spacecraft to the moon” once sounded impossible too. Yet here we are with smartphones that can do just that, at a price so affordable, and availability so ubiquitous, that it’s an oddity when someone doesn’t have a smartphone.

Business communication technology will follow this path as offices increasingly adopt technology to feel like a natural extension to shoulder to shoulder human contact. The digital office will be constructed around technology’s ability to make ad-hoc interactions feel natural. 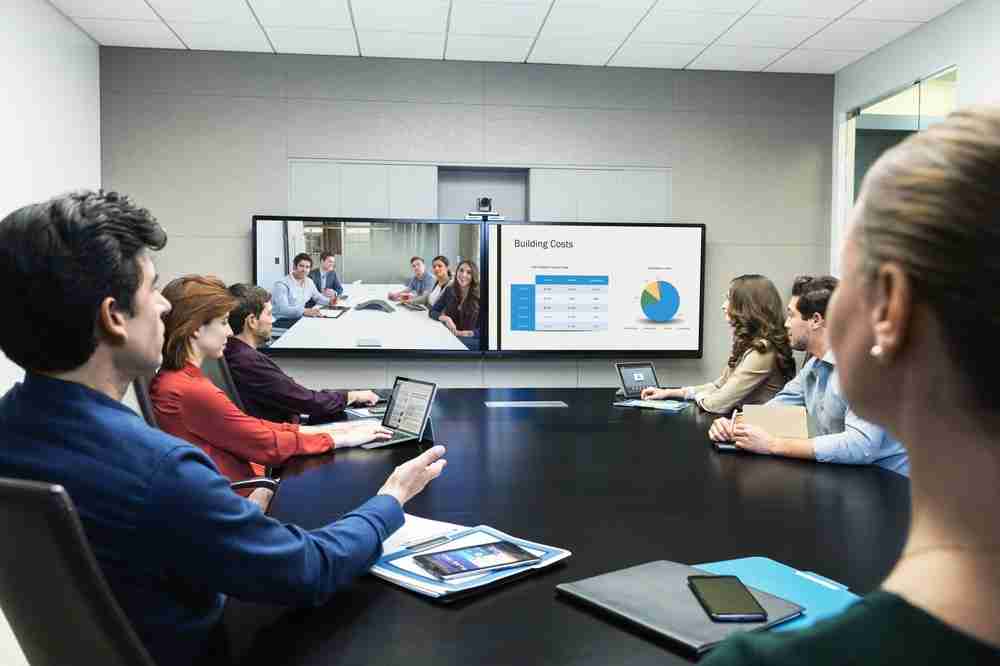 The future is Not About Location, But Experience
Think about this scenario: You’re working remotely and you have a digital view into the office where colleagues have gathered in a central workspace.

You’ve been meaning to ask one of your coworkers a question and you see her there in the room. As you call out—as if you were in the same room with her—she responds and the camera finds her and zooms in on her face.

Advanced audio technology brings her voice to you just as if you were there in person.

It turns out you need to collaborate on a blueprint, so your coworker goes to a small video conference room.

The blueprint automatically pairs with the screen in the room from her tablet onto your screen. Together, you annotate the blueprint using interactive whiteboarding features that mimic the standard whiteboard, marker, and eraser set found in most physical conference rooms.

Technology is facilitating the human interactions you would otherwise experience only in the physical office—no scheduling, complex dialing plans, or multiple attempts to share and interact.

Rather than bemoan technology’s erosion of our humanity, leaders focused on the future of work embrace technology’s potential to augment it.

By prioritizing the personal, concealing the computers, and surrounding the senses, we may even be moving toward a day when the phrase business communication doesn’t elicit the same response as genuine imitation or working vacation. 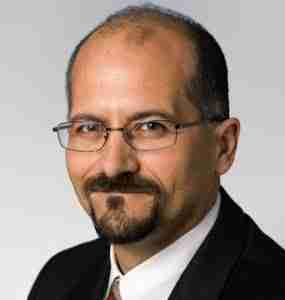