See how much cargo comes in and out of the busiest ports in North America.

See how much cargo comes in and out of the busiest ports in North America.

Do you ever wonder how those clothes from Vietnam, toys from China, and fruits from the Philippines make it to the U.S.? More than 90 percent of global trade moves by ship and the top 25 ports in North America account for a whopping 97 percent of total trade for the continent. And despite a traffic dip for the top two ports from the last couple of years, these two locations still make the top of the list. Read on to learn more about North America’s top ports*, and just what cargo they are bringing in and sending out. 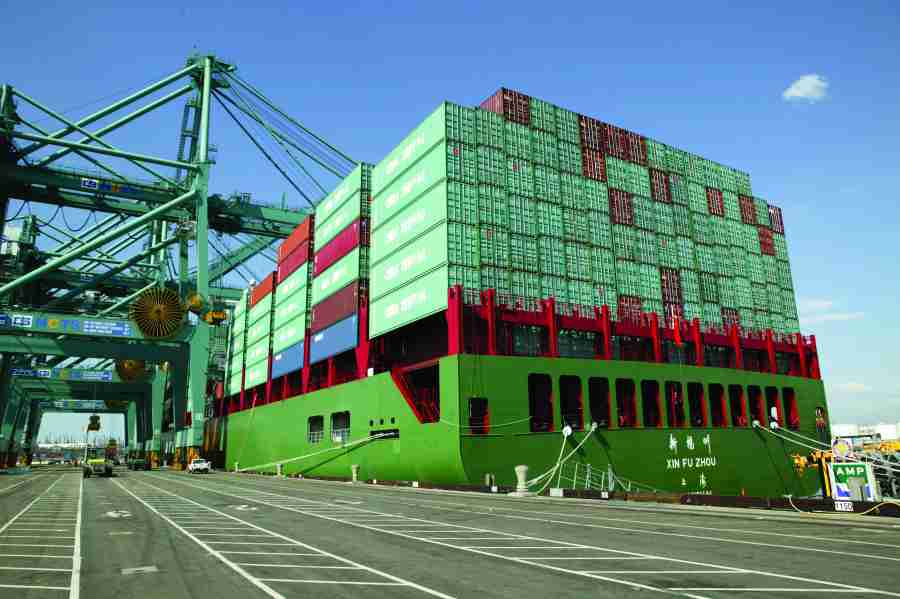 Market share: 13.5%
2015: 5,471,639 TEUs
The Port of Los Angeles has been at the top of the list for several years running, even after taking a 7.4 percent dive in TEUs (twenty-foot equivalent units, the unit of the capacity of a container ship). The number one container port and leader in container volume and cargo value sees furniture, auto parts, electronics, and plastics come in and sends out paper, waste paper, pet and animal feed, scrap metal, fabrics, and soybeans. 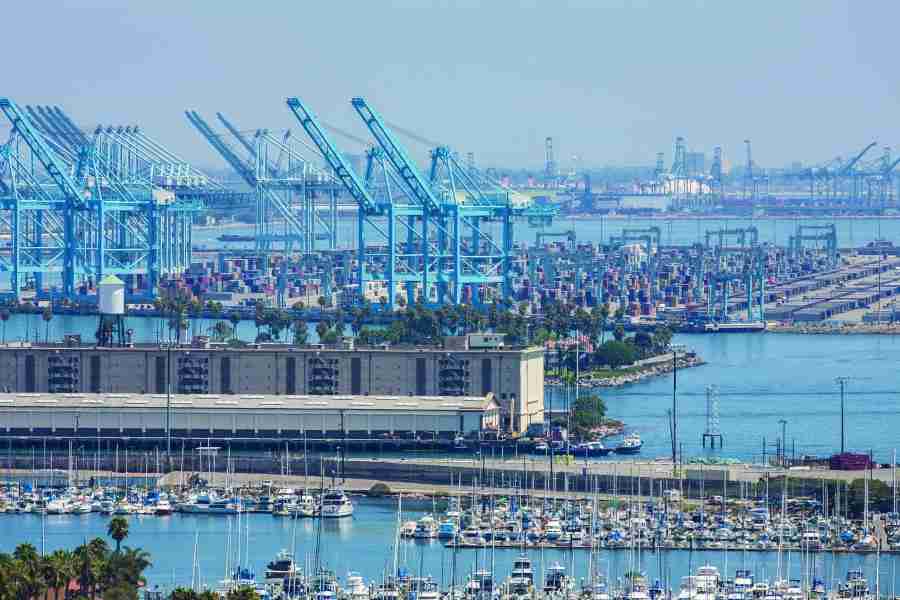 Market share: 12.1%
4,905,434 TUEs
The West Coast dominates the top two points of trade for North America and the U.S., with the Port of Long Beach taking a close second over LA. The port receives bulk petroleum, metal and metal products, furniture, machinery, and motor vehicle parts. Wastepaper, animal feed, and scrap metal seem to be popular outbound cargo for the West Coast; the Port of Long Beach is also a big exporter of bulk coke. 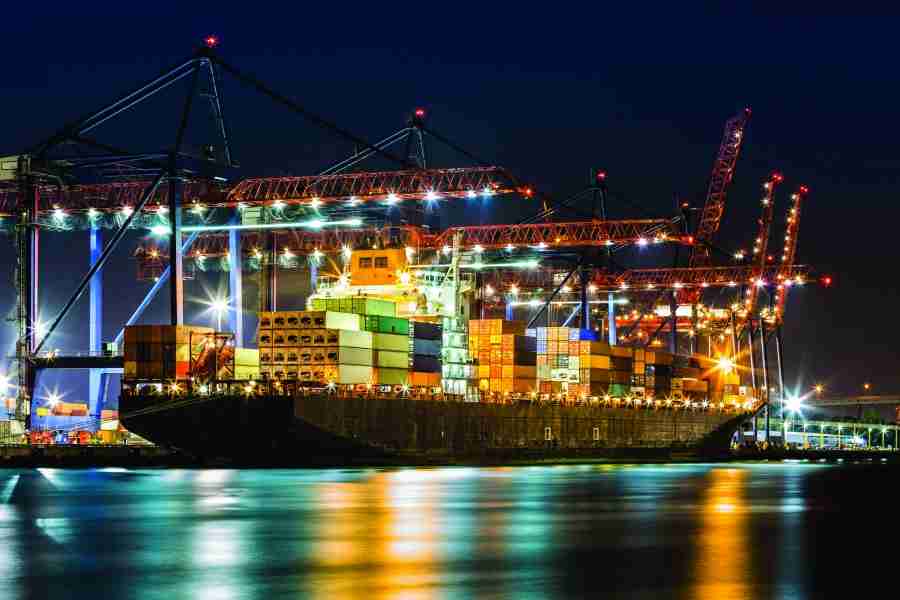 Market share: 11.1%
4,519,572 TEUs
New York and New Jersey have been operating in port harmony since 1921. As the third largest port in the U.S.—and the largest on the East Coast—the port authority has invested millions since 2000 into increasing the capabilities of the port. Imports include beverages, plastics, preserved food, furniture, and machinery; exports include wood pulp, vehicles, scrap and waste, and plastics. 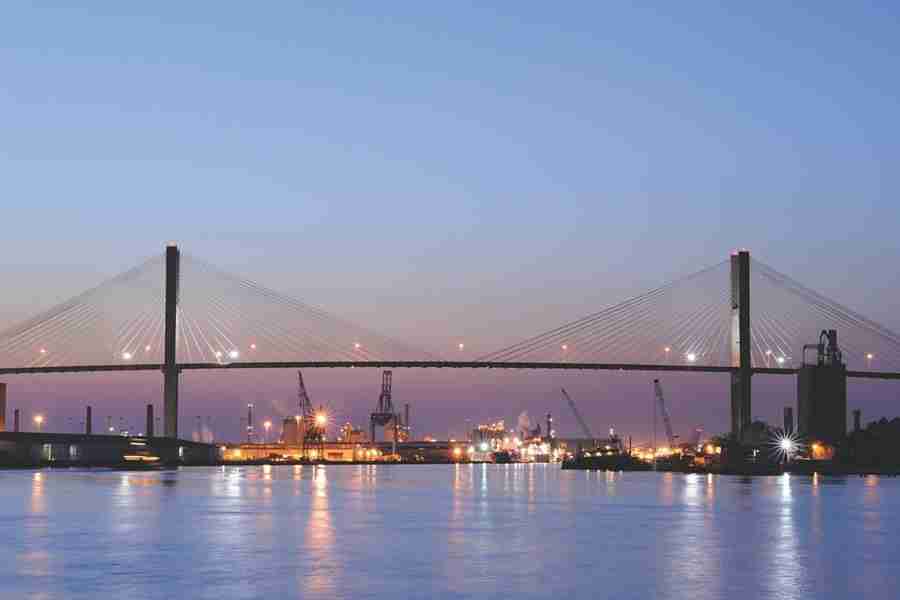 Market share: 6.9%
2,820,871 TEUs
Georgia Ports Authority is responsible for deepwater ports in Savannah and Brunswick and inland barge operations in Bainbridge and Columbus. The authority is one of the state’s largest public employers and brings in almost $67 billion in revenue annually. The Port of Savannah brings in chemicals, food, iron and steel, retail consumer goods, and minerals, and sends out food (mostly poultry and citrus), wood pulp, clay, and paper. 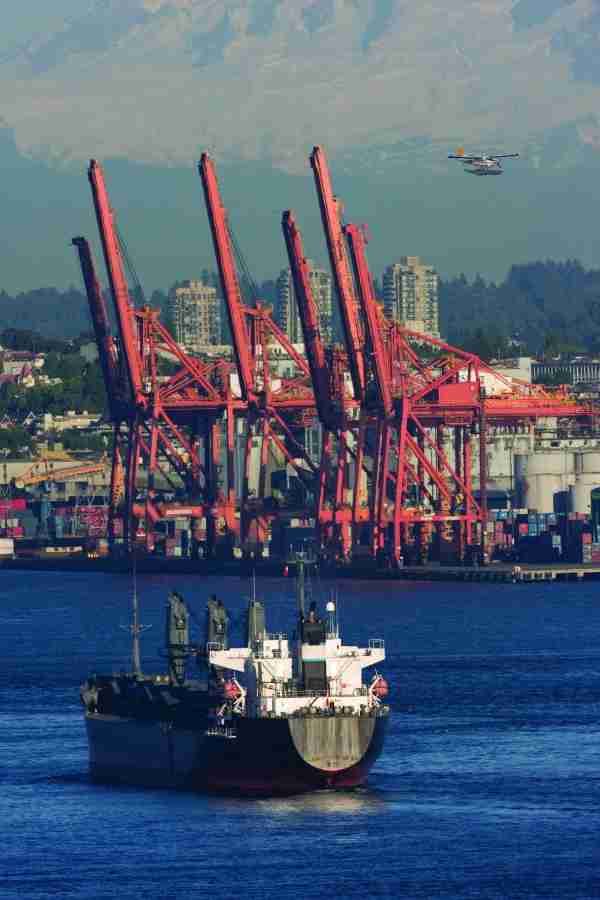 Market share: 6.4%
2,608,422 TEUs
Home to 27 major marine cargo terminals, three Class 1 railroads, and a full range of facilities and services for the international shipping community, the Port of Vancouver is easily the biggest port outside of the U.S. By bordering 17 municipalities, the port is one of the main importers to Canada, bringing in household goods, auto parts, construction materials, machinery, produce, and beverages. Lumber, specialty crops, wood pulp, meat, fish, poultry, and basic metals account for the cargo being sent out. 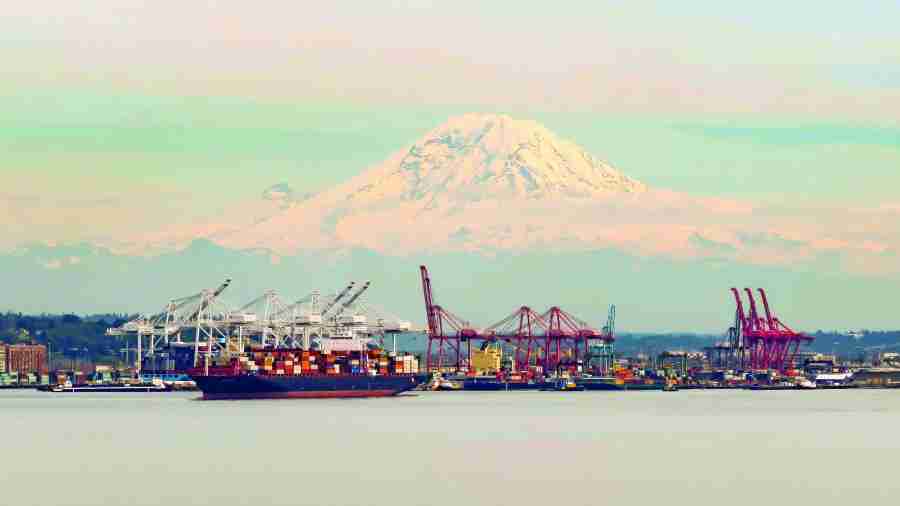 The Port of Virginia 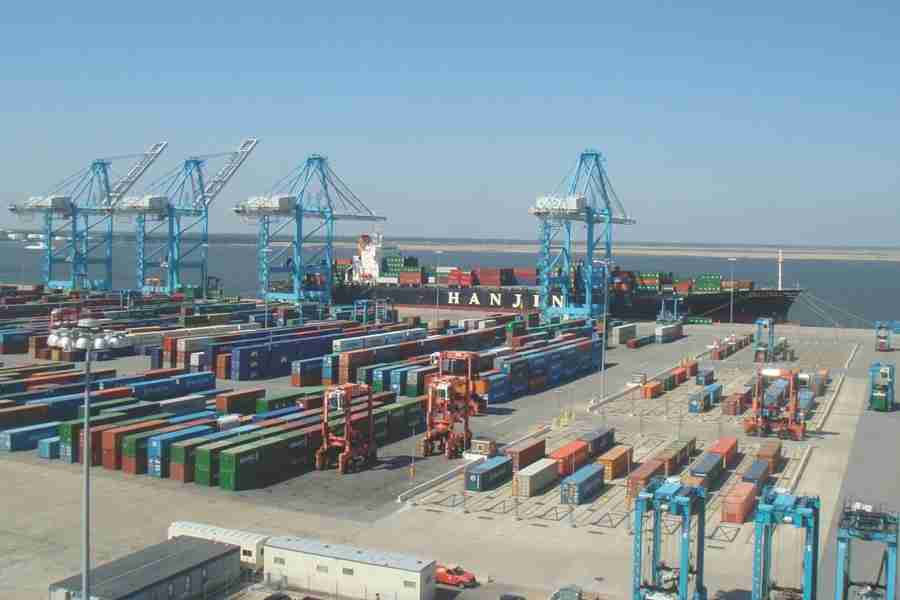 Market share: 4.8%
1,968,924 TEUs
In 2014, over $2.7 billion was invested in port-related economic development for the Port of Virginia—in short, it’s growing and growing fast. Over 30 companies have relocated to be near the port since its inception, and 9.4 percent of the state’s resident workforce hold port-related jobs. Furniture, auto parts, metalware, plastic products, granite, and coffee make up a majority of the port’s inbound cargo, while soybean products, logs and lumber, grocery products and bulbs hold the majority of outbound products. 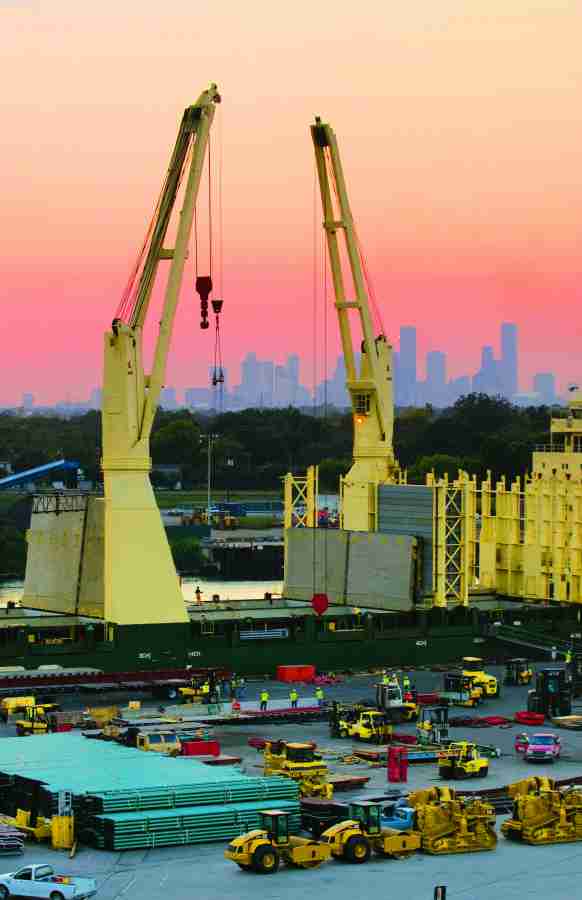 Market share: 4.3%
1,760,715 TEUs
Each year, more than 200 million tons of cargo move through the greater Port of Houston, carried by more than 8,000 vessels and 200,000 barges. The Port of Houston has been instrumental in the city of Houston’s development as a center of international trade, and is home to a $15 billion petrochemical complex, the largest in the nation and second largest in the world. Inbound cargo includes food and drink, machinery, consumer goods, iron, and steel. You’ll find plastics, chemical and minerals, food and drink, machinery, and automotive parts among the products going outbound. 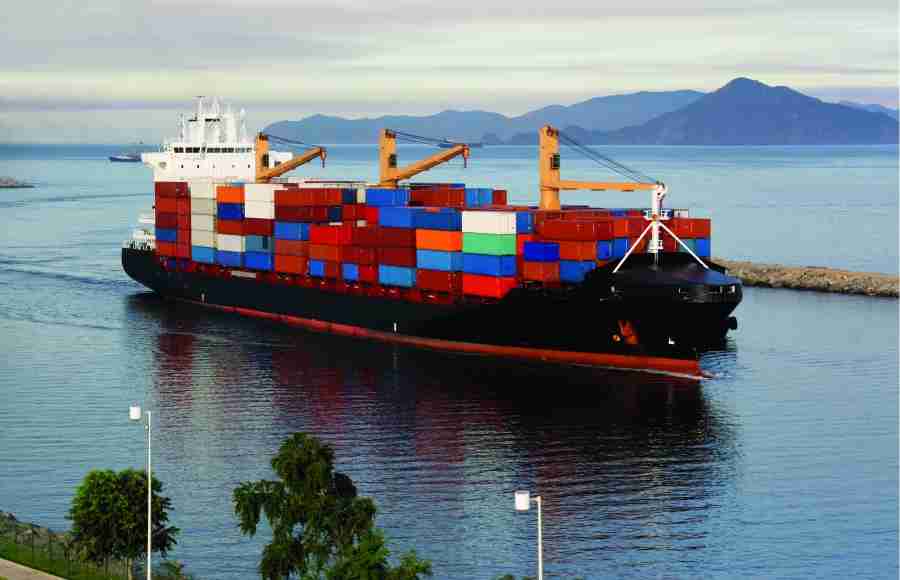 Market share: 4.3%
1,754,810 TEUs
The Port of Manzanillo is the only port south of the U.S. to make the top 10 and is Mexico’s largest commercial port. And like most of the ports on this list, Manzanillo also serves as a cruise ship port. Its primary inbound cargo includes rolled coils, steel, and canola seeds. Outbound cargo includes iron ore, zinc, copper, and clinker. 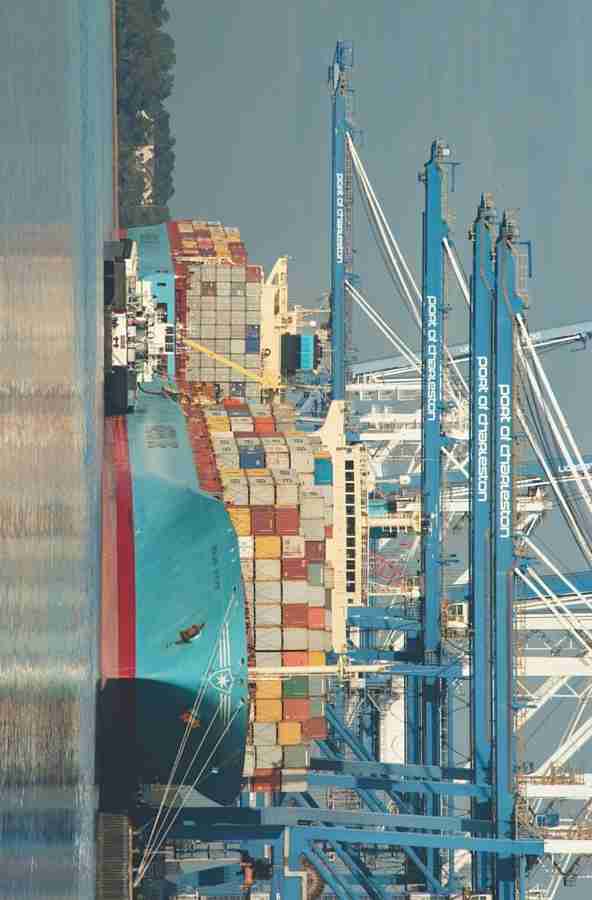