How Southern Nevada is Leading the Way to Connect Two of the U.S.’s Biggest Cities through Boulder City

How Southern Nevada is Leading the Way to Connect Two of the U.S.’s Biggest Cities through Boulder City 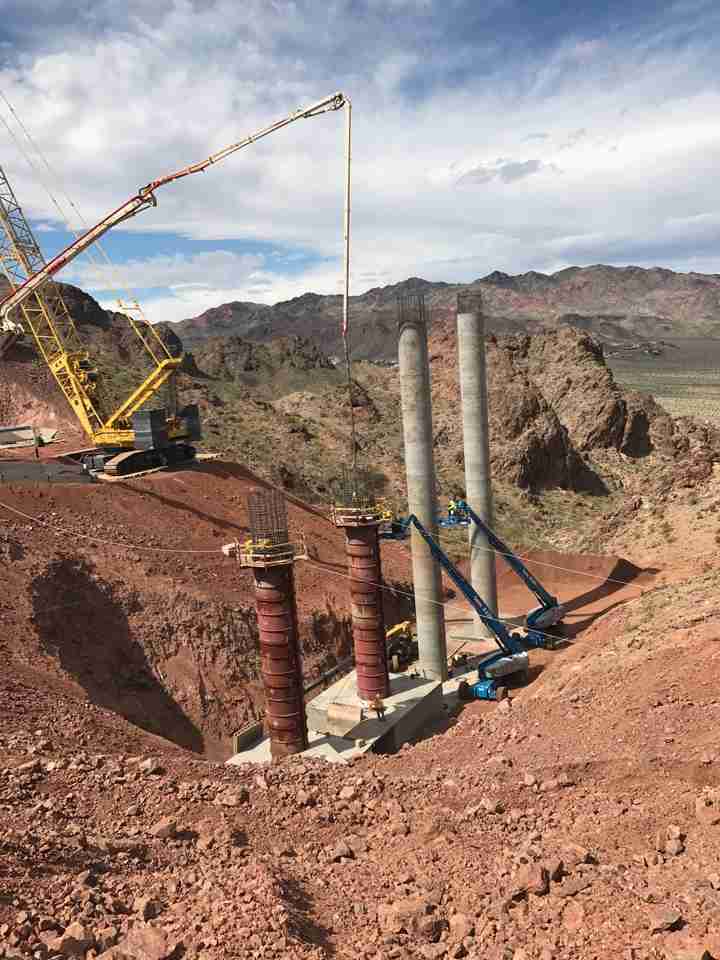 One of the most complex and formidable highway projects ever undertaken in the Southwest will include a direct link between Las Vegas and Phoenix, and may one day connect the U.S. from the Canadian border to Mexico.

When completed, the eponymous Boulder City Bypass will create safer conditions, decrease traffic congestion, enhance travel and commerce, and create an estimated 4,000 jobs in an area that has one of the highest unemployment rates in the country.

Recently, BOSS Magazine sat down with Mike Hand, Director of Engineering Services Streets & Highways for RTC, and Jared Wagstaff, Project Manager at Las Vegas Paving, the contractor selected by RTC to design and build the Boulder City Bypass, to get an inside look at this demanding critical infrastructure project.

Bidding Outside the Box
RTC took a departure from the low-bid approach often used in large federal infrastructure projects to find their ideal design-build partner.

“We didn’t just hire a designer, then go to 100-percent design with quantities and bid it out,” Hand recalled. “We issued a 30-percent set of plans and followed a two-step procurement process with requests for qualifications.”

After shortlisting three design-build firms with the most attractive qualifications and making the necessary requests for proposals, RTC selected Las Vegas Paving (LVP). 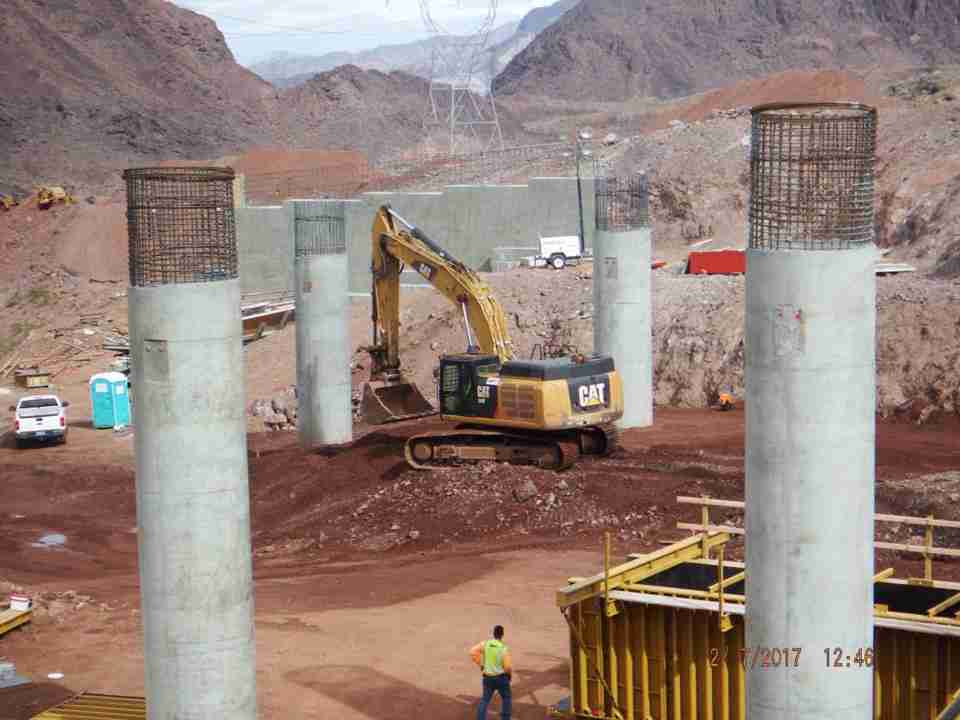 A Naturally Occurring Partnership
Creating a partnership ecosystem was Hand’s first concern. To that end, RTC made wide strides in mitigating potential risks during the pre-design process to optimize the effectiveness of the design-build team.

Hand’s team worked with the Western Area Power Association and the Colorado River Commission to move some heavy-duty transmission power lines out of the way, and completed most of the environmental permitting prior to Wagstaff’s arrival.

“A professor at the University of Nevada, Las Vegas published a report that identified the existence of naturally occurring asbestos, or NOA, in the project area,” Hand noted.

That discovery meant that the RTC and Las Vegas Paving, in addition to constructing a major freeway, would lead the first NOA mitigation project in the state of Nevada.

“We contacted some of the country’s top NOA experts. Then, under the National Environmental Policy Act, we went back and did a reevaluation,” Hand explained.

With guidance from the State of California, where NOA exists in 44 of 58 counties, Hand and his team came up with mitigation measures that were rapidly approved by the Federal Highway Administration.

Another issue was the need for massive quantities of construction water. Instead of passing the bucket to Wagstaff’s LVP team, RTC struck a deal with the public works department in Boulder City, who agreed to sell one million gallons of effluent water and 250,000 gallons of potable water a day for the project.

Understanding the risks being taken by contractors enables RTC to create stronger, more effective partnerships. Hand added, “If we can develop a spirit of partnership and reasonableness as an owner, it will be a better project for all of our stakeholders.” 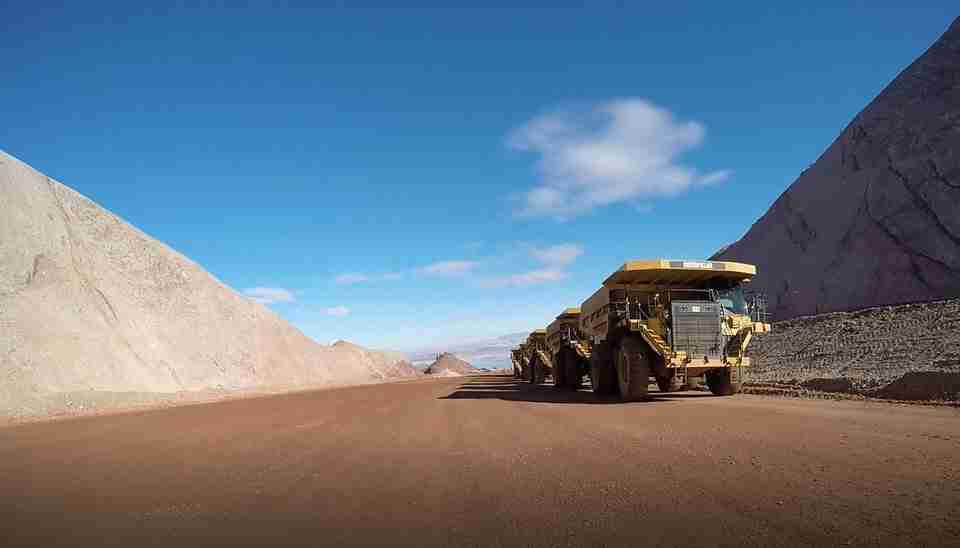 From the Mountains to the Desert
“Currently, we’re concentrating our efforts in the mountainous portion of the El Dorado mountains where we have four massive steel girder bridges that span canyons that are 100 feet or deeper, and we’re in the process of setting our first steel girders for one of them,” Wagstaff revealed.

The project requires over six million cubic yards of excavation, the majority of which is complete, including most of the blasting needed to excavate through miles of rock.

“We have approximately five miles paved but there’s still work that needs to go into those miles, like landscaping and aesthetics,” Wagstaff added. Despite dealing with a variety of complexities, including the relocation of several native species of animals and plants, and working through miles of National Park Service land, the project is moving right on schedule.

“Up until the last couple of months I thought we were busy,” he laughed. “In hindsight, we were jogging. Now we’re sprinting.”

The I-11 project is on track to be completed in 2018, no small thanks to the innovative partnership ecosystem developed by the RTC, a savvy design-build bidding process, and the expertise of the Las Vegas Paving team.

The RTC’s vision is to provide a safe, convenient, and effective regional transportation system that enhances mobility and air quality for citizens and visitors. The RTC encourages residents and visitors to use a variety of transportation choices to help reduce traffic congestion, clear the air, and improve the quality of life in Southern Nevada.

In 1958, Robert L. Mendenhall started what is now Nevada’s top heavy civil construction company, Las Vegas Paving Corp. With very little capital and a lot of desire, he could turn one hot plant into nine while expanding the company’s capability to complete any task associated with highway construction.

Now with 59 years in Nevada and the surrounding southwest, Las Vegas Paving’s success is undeniable.  In 2006, asphalt production climbed to 2 million tons with aggregate production eclipsing 10 million tons for the year. With our large inventory of equipment available for a variety of projects, Las Vegas Paving self-performs the clear majority of work contracted to complete. Our scope of work includes but is not limited to: mass grading of private home and commercial developments, producing and placing asphalt for surface streets and highways, aggregate crushing and material supply, flood control and underground facilities, forming and placing structural concrete, constructing runways for international airports and multi-million-dollar Design-Build and Construction Manager at Risk projects. 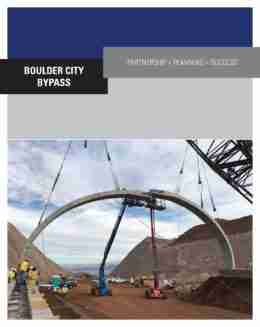