Google’s new Lead of Sustainability Kate Brandt tells us about leveraging the company’s amazing ideas to create a cohesive, zero waste strategy across the board.

Google’s new Lead of Sustainability Kate Brandt tells us about leveraging the company’s amazing ideas to create a cohesive, zero waste strategy across the board.

A data center does not usually inspire grand ideas of environmental initiatives for most companies, but we know that Google is not most companies. The Dalles in Oregon hosts the global tech giant’s first owned and operated data center, as well as the first one built from scratch after a $1.2 billion investment. It’s also the first data center Kate Brandt, Google’s new Lead of Sustainability, had the opportunity to visit. 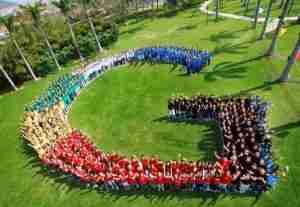 “Data centers don’t seem that interesting on first look, but then you realize with a company like Google, data centers are where the Internet lives,” she said.

Brandt has been with the company for about eight months now, and was truly excited about her first visit to The Dalles, largely because it is such a great example of the incredible work Google has been doing towards zero waste for years.

Its remanufactured data servers demonstrate the company’s recent adoption of company-wide circular economy strategies. The data center uses the same amount of power it did five years ago, but now gets three and a half times the compute ability from that power, proving Google’s nearly unmatchable commitment to energy efficiency and zero waste.

And I could go on. In fact, Brandt provided so many examples of Google’s sustainability programs that I could fill a separate magazine issue with those details alone. It’s not surprising that she was able to fit so much into our conversation—her passion for all things green was easy to detect immediately.

“It’s the advice I give out the most: follow your passion,” she shared. “I’ve been lucky through my whole career to find positions where I can work in a field I love, for great companies that are just as passionate about sustainability.” 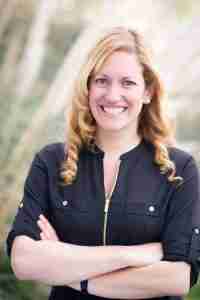 Brandt has been interested in the industry since she was a kid: growing up near Google’s current Mountain View campus gave her the privilege to spend a lot of time in the beautiful environment of Northern California. Even from a young age, Brandt knew she wanted to make it her mission to take care of this planet.

Her first experience with running an environmental initiative was “Brown is Green”, a campus-wide effort at Brandt’s alma mater, Brown University, with a goal to improve energy efficiency and sustainability options.

From there the only way her career could go was up. Her first jobs out of college were in energy and resource security: she worked for President Obama’s campaign, worked in the Office of Energy and Climate Change in the White House, and became the United States’ first Chief Sustainability Officer.

This granted her the opportunity to work with many different organizations within the government, as well as several leaders she admires and respects. Brandt worked closely with Ray Mabus, Secretary of the Navy, on several projects surrounding sustainability in the military. Secretary Mabus is dedicated to alternative energy options and set a goal of 50 percent use of renewable energy by 2020. Under his direction, the military will reach that goal four years early.

“He’s an incredible leader, and has really stood out as a mentor through my career. He instilled in me the want to lead from the front, something he’s successfully done in his position,” Brandt shared.

Brandt has put his advice to good use. Her trip to The Dalles and her constant communication with outside partners on sustainability opportunities are just two examples of her involvement with the company’s initiatives from a ground-floor level.

Even on her first day with Google, Brandt hit the ground running. Google signed the American Business Act on Climate Pledge on behalf of her new company, which was one of the first of the large corporations to do so. Funnily enough, she had worked on creating the initiative from the other side, when she was Chief Sustainability Officer for the White House. 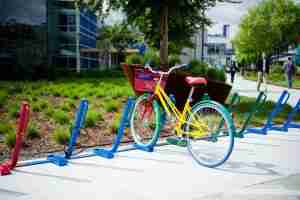 Many have said that her appointment was Google’s way of demonstrating the maturation of its in-house sustainability efforts. But for Brandt, it’s more about creating a cohesive strategy for zero waste than maturing a program that has already been in place since day one.

“Sustainability has always been at the heart of Google’s culture for its 18-year history. It is my job to establish a company-wide strategy that leverages the innovative work that all of the teams across Google are already doing. 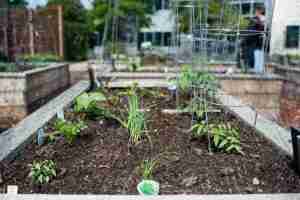 Which brings us back to the circular economy. For those of you who aren’t familiar with the term, it refers to an economy that produces zero waste or pollution. And yes, it is as daunting as it sounds.

This has been Brandt’s first big push as Lead of Sustainability. For a company as large a Google to have zero waste to landfill is a difficult task, sure. But with the company’s longstanding commitment to renewable everything, it was already well on its way before Brandt made it an official focus.

It’s an expansive initiative with strategies in all departments across Google. From utilizing landfill gas to powering the heating needs of the Mountain View campus, to utilizing recycled water from a sewage treatment plant for cooling needs at Google’s Atlanta-based data center, the company is dedicated to the message of zero waste across the U.S.

All of Google’s data centers are on board with refurbishing data servers to extend the useful life of the product, but it even goes further than that with the circular economy initiative. Once the company cannot get any further use from a server, Google destroys the sensitive information and sells what’s left to secondary markets. What can’t be resold is recycled. No waste to throw away, no waste in the landfill. 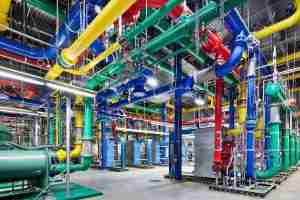 These are some of your standard energy efficiency and energy conservation options, and I’m sure many of you have heard of them. But Google is a company of Googlers—the insanely talented, think-outside-the-box, shoot-for-the-moon types of employees who leave no stone, or coffee bean in this case, unturned.

“A great example that I love to share is the food team’s focus on thinking through the circular lens,” Brandt shared. “We have a partnership with a company called Coffee Flour, which is looking at turning the coffee cherry [the fruit around the coffee bean] into flour that can be used for baked goods. In some of our cafes, 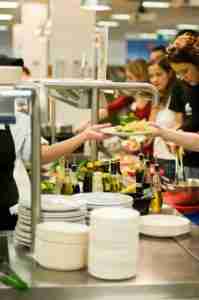 we are serving cookies that are made out of a product that was otherwise on its way to the landfill.”

The Ellen McArthur Foundation, a charity inspiring people to look at the world through the framework of a circular economy and reach zero waste universally, is also working with Google on a couple of projects. Sustainable construction practices are at the top of their list, with a more sustainable concrete option taking the focus right now.

“The price of blowing glass has been so cheap it has created a crisis around glass recycling,” Brandt said. “Google has the opportunity to be an early customer for a new technology that is taking recycled glass and turning it into new cement. The new cement is more sustainable, and is utilizing a waste stream that didn’t have another life.”

The opportunities the circular economy have afforded Google are not just affecting change in the environment: they’re providing the company and Brandt the chance to educate its Googlers, as well as its customers, about sustainability. Because for the company, its Googlers, and its customers who have turned the word “google” into a verb, it’s all about information, right?

“Google’s core mission is taking the world’s information and making it accessible and useful,” Brandt said.

And there is no end to examples of how the company is doing this, either. Project Sunroof utilizes Google Maps technology to help users determine if their property is a viable and financial secure location for solar panels, and connects them with solar providers that can perform the installation.

Google has also partnered with the Environmental Defense Fund to help control methane leaks around cities. With a methane sensor attached to the company’s street view cars, Google can send the collected information to local utility companies to help them prioritize pipeline upgrades so they are replacing the pipes with the most extensive leaks first.

The street view cars in major cities might also house an air quality sensor to collect information on smog and pollution. This information can be used in the long-term for case studies, city planning, and policy and regulation, or in the short-term for someone checking to see if they can do a bike ride with the current air quality. 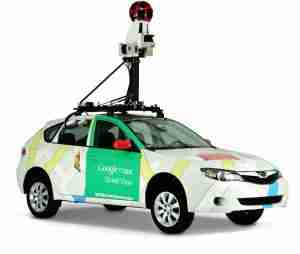 Even Google Maps is getting in on information sharing for sustainability’s sake. The division of Google announced a new option in its Maps application—next to public transport, biking, and walking—that would connect the user looking for directions to a potential ride share with Uber in the U.S., and other local options in other countries.

It is not far-fetched to say that Google is one of the few large corporations today that is leading the charge on sustainability and zero waste initiatives, and not just for profits’ sake. It’s one of the many reasons that Brandt and the company fit so well together: their passion to leave the environment better than they found it has made for a perfect duo of strategy and the resources to implement said strategies.

It’s not all sunshine and rainbows outside of Google though: the U.S. is nowhere close to leading the charge on sustainable initiatives in the global arena. So what’s it going to take to become a leader in this space?

“Google is a global company that is leading the way on sustainability initiatives, but at the end of the day corporate action from companies big and small are going to be key to the U.S. improving its standing.”

Google is one of the few organizations in this world that truly has the capability to do great things for the planet. Luckily, the company also has the desire—starting from its foundation and continuing with Brandt—to follow through.