Bo Parfet keeps on climbing, an interview with Richard Wiese

Richard Wiese is an American explorer. As an author, adventurer, past president of the famed Explorer’s Club, host and executive producer of PBS show “Born to Explore With Richard Wiese,” and podcast host of “Life’s Tough: Explorers Are Tougher,” Wiese has experienced some of the most dangerous and breathtaking journeys one can imagine. He has met many inspiring individuals who have pushed themselves to their physical and mental limits. 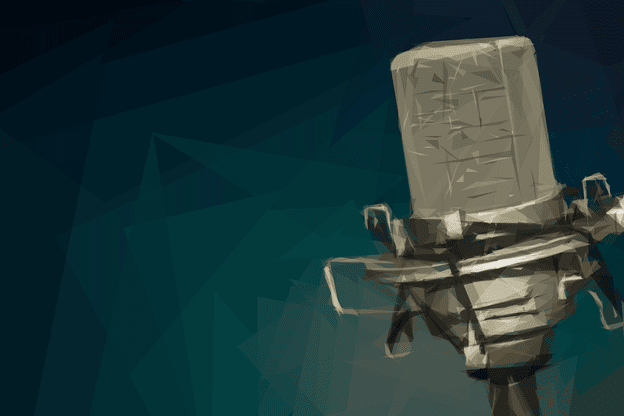 One of these individuals is Bo Parfet. Longtime friends and teammates, Parfet and Wiese have much in common, and in a recent podcast episode Wiese sits down to discuss Parfet’s experience conquering the Seven Summits and personal demons along the way.

In this season 2 episode of “Life’s Tough,” Wiese asks Parfet to start at the beginning. Life was not always easy for Parfet. He battled learning disabilities throughout his school years and struggled with emotional unrest at home. When discusses the challenges that he faced in early childhood, Parfet says that one of his core memories leads back to a second-grade parent-teacher conference. At just seven years old, living with dyslexia and a speech impediment, Parfet overheard his teacher telling his parents that she doubted that he would graduate high school; naturally, he was crushed. He explains that he went home that evening and cried alone in his bedroom.

With the help of tutors and his own strong will, by middle school his grades improved, and this time, his teacher said that he would graduate high school but would never graduate college. Struck down again, Parfet set out to prove everyone wrong. Now, Parfet is a proud graduate of the University of Michigan, and following undergrad would go on to earn his MBA from the renowned Kellogg School of Management at Northwestern University.

Wiese asks Parfet how he did it, and Parfet explains that he started by picking one thing that he was good at and continuing from there. For Parfet, his first love was basketball. He put in a lot of time, gave his full effort, and saw amazing results. He then took this determination and put it into his academic practice, realizing that he enjoyed math.

In the interview, as Parfet explains, “I slowly turned each stumbling block into [a] stepping stone,” as he made his way. Parfet also shares that his social skills helped him to succeed. He befriended the students in the class who were taking detailed notes and ask them to share. From there, he compared the notes to others and to the textbook and discovered a way to study that worked for him.

Wiese then shares with listeners how he and Parfet met. Parfet approached Wiese as he was putting together a team for a canoe race in Belize. Wiese shares that he was by no means an expert, but Parfet believed that Wiese was his guy. Consequently, Wiese also notes that this expedition was the closest he ever came to dying, and the pair discuss their trip and how unsuccessful they were at even coming close to winning.

Wiese tells listeners the death-defying story of how their boat was overturned by the rushing rapids and they and their third teammate were pulled under the rapids and pinned underwater. Parfet shares how he came up first, feeling like he had waited an eternity before seeing Wiese pop up from under the water. Wiese describes the next moments as what would define Parfet as a natural leader and adventurer. They all knew that they were in an emergency, and Parfet, having “created a bubble of calm,” quickly shook the initial shock before getting the team back in the canoe and in the race once again. Wiese says that Parfet’s determination was most inspiring to him.

The interview turns to discussing Parfet’s adventures on the mountain and how he came to conquer the Seven Summits. He shares stories of how he experienced the highest highs and the lowest lows while summiting the highest peaks on each of the seven continents. He says that there is nothing that can prepare you for the physical and mental fatigue that you will face, and every experience humbled him evermore.

Wiese asks Parfet about some of his toughest experiences and facing death. He tells listeners that Parfet has probably seen more dead bodies than anyone he knows and asks him to describe how he pushed himself through those disturbing experiences and why he didn’t just quit after realizing that the risks were so high.

Parfet says, “The obstacle is the way. There is great learning, and if you can push through it, you usually come out a better person.” He goes on to explain that there is always a major obstacle on every climb, and for every person you see struggling, anyone you help along the way, and anyone that you see perish, you learn to focus harder and feel that much more grateful for life’s simple pleasures when it is over.

They discuss Mount McKinley (now Denali) and the “death zone” on Everest. Parfet sadly recalls his teammate Rob Milne and his death on Everest. He tells Wiese and his listeners that on this particular climb, he passed Milne and they had a jovial exchange, discussing how excited they were to be climbing the world’s tallest mountain. About an hour later, Parfet heard commotion over the radio, and he and his teammates found out that Milne had died instantly.

The sherpas came to the rescue and, as in similar situations, they made the climbers retreat to the bottom, believing that the spirit of the mountain had been disturbed, and not wanting to risk agitating it further. Parfet explains that “the sherpas get weary because they believe[d] [we had] disturbed the spirit of the mountain, and [that] now it could kill someone else. The death zone is not a forgiving place, and you have to stay focused.”

Wiese asks Parfet to share how he feels about adventures like these now that he is married with two children. Parfet says that the equation has completely changed. He discusses how the toughest mountain that he has ever climbed was K2 in Pakistan, shocking listeners when he says that he did this climb when he had a three-week-old baby at home. Wiese even tells listeners that he told Parfet that “it wasn’t cool” and that even Parfet knew it was a selfish decision.

Parfet explains that exploring the outer world helps you explore your inner world, and the things you learn about yourself on each journey turn you into a better human. He did say, however, that if he had to do it all over again, he would not have left his wife and newborn to defy death on K2. He learned a lot of lessons in humility during that experience.

The podcast episode concludes with Wiese asking Parfet how he comes down from such a rush and what comes next for such an adventurer. Parfet explains that he turned to entrepreneurship and philanthropy. He launched a successful real estate development firm in 2007, Iconic Development, and now, he and his wife are co-founders of Denali Venture Philanthropy, which helps fund impact projects all over the world through an investment lens.

Lastly, Parfet shares a tidbit of what helped him persevere, from a child with learning disabilities to a man on the edge of a mountain, and what he tells his kids every day before school: “You don’t have to be the best, but you do have to be the hardest working.” He is a true believer in hard work, humility, and that it is inevitable that we will all face setbacks, but these are just opportunities to learn and come out stronger.

The final exchange between the two explorers? An appropriate quote from the film “Top Gun.”

Wiese: “Hey Bo, you can always be my wingman.”

Parfet: “Bullcrap, you can be mine.”

Bo Parfet is an adventurer, naturalist, and mountaineer. He is one of 127 people to climb all Seven Summits, the highest mountains on each continent. He has published two books: “Die Trying: One Man’s Quest to Conquer the Seven Summits” and “They Lived to Tell the Tale: True Stories of Mountain Adventure from the Legendary Explorers Club.” (Chapter Author).

Parfet is a real estate professional, philanthropist, and author. He and his wife, Meredith, are co-founders of Denali Venture Philanthropy, an impact investment organization that fosters partnerships to improve social impact. Parfet also serves as Chief Growth Officer at DLP Real Estate Capital.

Parfet is passionate about his philanthropic work and global civic engagement. He developed the Seven Summits Award Program to offer grants to outstanding students performing health care-related field research, and he was recognized with the Presidential Volunteer Service Award for completing 4,000 hours or more of global volunteer service.