A Lifesaving Database in the Cloud: Revolutionizing How Hospitals Locate and Buy Blood

Fewer blood donors means hospitals are constantly searching for the correct blood supply for their patients. Bloodbuy hopes to change that.

Fewer blood donors means hospitals are constantly searching for the correct blood supply for their patients. Bloodbuy hopes to change that. 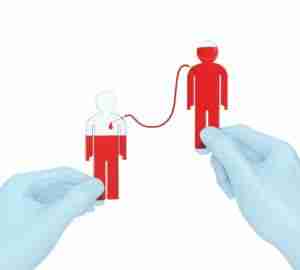 The United States is currently facing a deficiency of the very life force running through the veins of every citizen. In light of the more than 13.6 million blood donations being offered up across the nation every year, each with the potential to save up to three lives, you may find yourself wondering just how dire the situation could be.

Figure in all the follow-up forces at work in this sector, and the magnitude of the problem becomes a bit more clear.

The Gap Begins to Grow

A considerable portion of willing donors are turned away during the pre-screening process. They can be rejected for any number of reasons from low hemoglobin levels and elevated blood pressure to recently getting a tattoo or having set foot outside of the country during the last few months.

Blood from acceptable donors is forwarded to the lab to be tested for such issues as HIV, syphilis, Chagas disease, and Human T-cell lymphotropic virus. Donations showing even the slightest indication of antibodies associated with these and many other conditions are immediately discarded.

Though millions remain in play, the shortage continues to broaden. Since not all blood types are compatible, some are in higher demand than others; in turn, this leaves thousands of perishable units sitting on the shelf. While plasma remains stable for up to a year, red cells must be discarded within 42 days and platelets after only five.

As of 2013, the Red Cross noted after all is said and done, the organization is left with approximately 36,000 viable units per day. This falls frighteningly short of the 80,000 unit daily stockpile needed to keep up with the nation’s need.

Reports indicate a single accident victim could need at least 50 pints of donors’ blood while one bone marrow transplant might require 20 units of red cells and up to 120 of platelets. An estimated 80,000 sickle cell disease sufferers need up to four units per month. In short, there’s simply not enough to go around.

When it comes to keeping track of the available blood donors supply, hospitals have their work cut out for them. Calling up the Red Cross and placing an order for a couple hundred pints of B positive may not seem like a big deal, but the process is a bit more involved than you might think.

What if the Red Cross doesn’t have the type needed, and no O negative blood or AB plasma is available?

Aside from the single organization holding up half the nation’s blood product market, more than 650 other centers are on hand to answer the call for this life-sustaining elixir and its derivatives.

Cost is also a point of concern for medical centers. While you can’t put a price on saving a life, the Red Cross’ current going rate hovers around $150 per unit. As non-profit organizations, collection centers don’t charge for the blood itself: they’re simply recouping expenses. 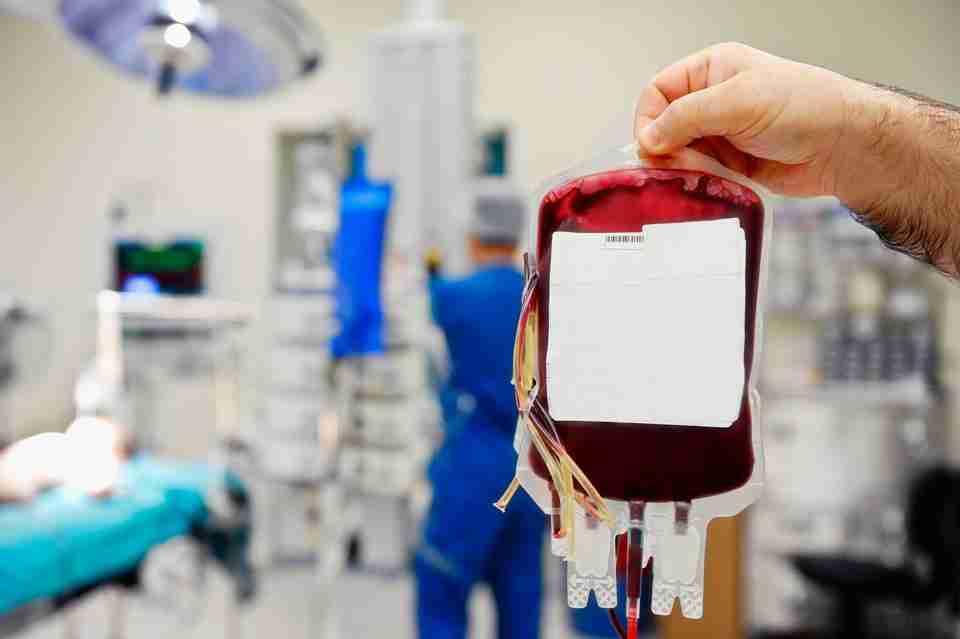 All those vital lab tests don’t come cheap, and personnel salaries, mobile collection units, medical supplies, and other necessities only serve to drive up the price to be passed along to facilities purchasing blood.

Regardless, an ample and adequately diverse cache needs to be kept on site while adhering to budgetary restrictions and keeping patients’ costs at a minimum. In an effort to comply with all those elements, hospital staff call around to find not only where the blood happens to be, but how much it’s going to cost them at any given time. You might compare the process to shopping around for the best car insurance price, but on a much larger scale.

Over the years, countless hospital personnel, and even patients for that matter, have believed there must be a better way. Entrepreneur Christopher Godfrey took it to an entirely new level, ultimately finding an efficient and effective solution in the cloud.

His Dallas-based startup originally founded in 2013 under the name BloodSolutions is now known as BloodBuy, and his innovation is receiving national acclaim.

BloodBuy allows collection centers across the nation to enter information about their blood donors inventory, such as types, supply levels, prices, and expiration dates, into the company’s database. This newly developed consolidation allows hospitals and acute care facilities to compare all those factors via a single source and place their orders accordingly.

It’s a plan capable of tremendously reducing the amount of time and effort involved in the search for blood products.

At the same time, BloodBuy’s platform has the potential to save medical facilities, as well as patients, millions of dollars over the long term. A representative from Boston’s Brigham and Women’s Hospital said the facility saved $100,000 during its first month-and-a-half experience with BloodBuy alone.

More than 25 hospitals initially jumped on board once Godfrey took his company to the national level in 2014, and the company’s following continues to flourish.

Earlier this year, BloodBuy entered into a $3.75 million strategic partnership with Premier Supply Chain Improvement, Inc. and St. Joseph Health. With this funding, the company intends to continue expanding its platform in an effort to further bridge the gap between hospitals and blood centers. This alliance could bring an additional 3,600 hospitals into the new era during the months to come.

In April of this year, BloodBuy was named winner of the first Harvard Business School—Harvard Medical School Health Acceleration Challenge. Godfrey and his team were chosen based on the company’s contribution to healthcare as well as its potential future impact.

The company was also honored in the Dallas Business Journal’s “Who’s Who in Health Care” back in 2015.

Until now, there was no universal collection center database from which medical facilities could draw. Godfrey filled the void with the launch of BloodBuy. At present, the company offers hospitals and acute care centers greater efficiency and price transparency in their ongoing quest for blood.

Godfrey has expressed intentions of taking the algorithms involved in his platform a step further with the hope of predicting shortages before they happen and possibly preventing emergencies. His only challenge going forward will be the limited number of people willing and able to donate blood.