Bee is an 11-year-old girl living in the northern region of Thailand, about 30 minutes south of the Golden Triangle. For fun, Bee enjoys catching... 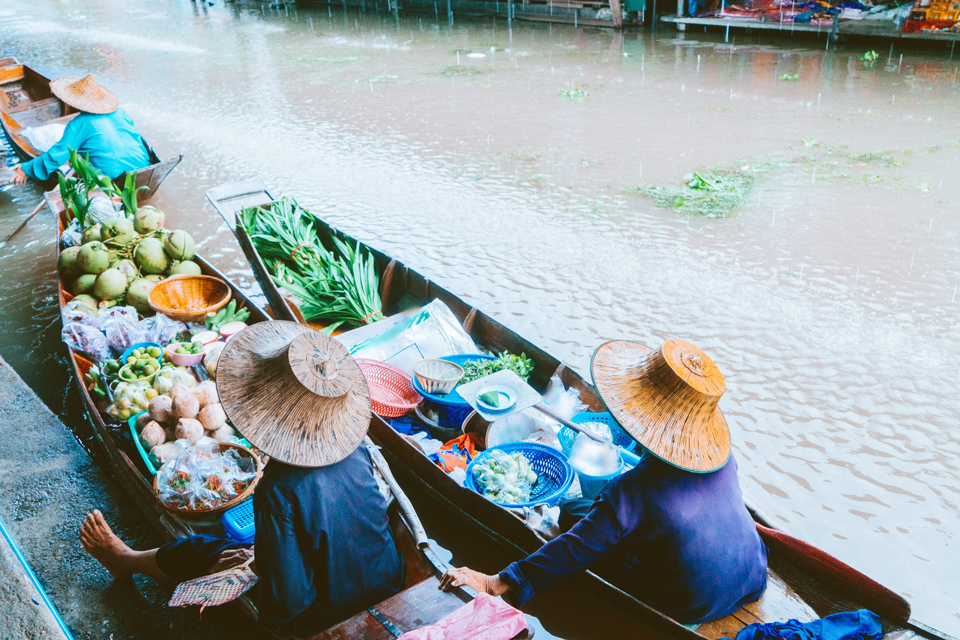 Bee is an 11-year-old girl living in the northern region of Thailand, about 30 minutes south of the Golden Triangle. For fun, Bee enjoys catching and taming king cobra snakes using a technique that involves grabbing their tail and flinging them in the air like a Texas cowboy doing lasso tricks at the Houston rodeo.

Bee is of Hill Tribe descent and has no birth certificate or formal identity. Her father has many jobs, including landscaping, construction, and being the school bus driver for the local community (which he sometimes borrows to pick up supplies at the local market).

While Bee dreams of being a famous artist travelling the world when she grows up, she also believes that her chances are next to none: without any formal documentation of identify, she will never be able to open a bank account, own a car, or even buy a plane ticket.

The truth is that there are currently approximately 2.5 billion unbanked adults across the world that share the same sentiment of being left behind from the modern economy.

But when Satoshi Nakamoto published the Bitcoin white paper in 2008, our world changed. With the power of Bitcoin—backed by blockchain—any person with a cell phone now has the ability not only to participate in the global economy, but to also become their own bank.

Similarly, the global supply chain industry will be disrupted, not because of blockchain as a standalone technology, but because blockchain combined with public distributed ledger systems and game theory incentives will allow new forms of supply to enter the market. 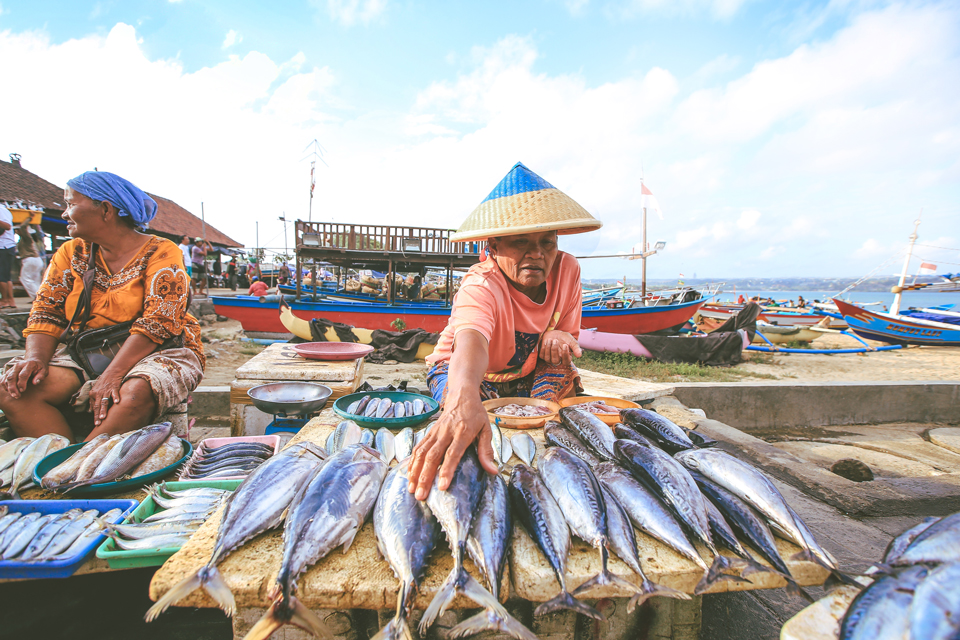 The trend more than ever these days is to write Bitcoin off as an anonymous underground payment system used by gangsters, hackers, and thieves to conduct illegal activity. Prior to Bitcoin, this definition appropriately described cash. Others praise blockchain as the wonderful technology behind Bitcoin that really has the potential to change the way many industries operate.

It’s important, however, to recognize that Bitcoin is more than just an asset transfer platform that allows a series of transactions to be bound together through a cryptographic hashing system—aka blockchain. Bitcoin eliminates the need for trust or intermediaries between two parties that wish to transfer digital assets electronically.

It does this by being an open-participation network that rewards those that play by the rules and punishes those that try to cheat, enforced using its proof-of-work consensus algorithm. Without the open-participation aspect of its network and its meaningful fair-play incentives, the same value outcomes simply are not possible.

Put simply, one cannot have a privately governed network of nodes that does not rely on trusting the governors. Therefore, be leery of those claiming to hold disruptive blockchain applications using a pick-and-choose-palatable-components approach.

While not claiming to be disruptive, this has been the approach of the banks in order to deemphasize the relevance of Bitcoin. For the sake of making the distinction, I refer to the cryptographic hashing system as “blockchain” and the open and govern-less combination of all three components as “the blockchain”.

Thanks to the blockchain, we will also see all kinds of new items enter the global supply chain market.

Business transactions—particularly in B2B—have historically been built on the foundation of trust. With the development of smart contracts, or programmable contracts capable of automatically executing the transfer of digital assets based on predefined business rules, trust can now be removed from the equation or at least become a less critical component of a B2B transaction.

With this new capability, why should payment terms exist? Why should service agreements exist? Insurance companies? Regardless of what scenario we end up with, the fact is that the nature of business transactions will change.

Then we apply this concept to supply chain. Any individual, from anywhere in the world, with the capability to add value to the supply chain can now participate without having to meet any of the other participants involved. Whether it is in the form of an automobile, a warehouse, a machine, or a digital asset, the same holds true. When these new forms of supply enter the market, one can only imagine the impact that this will have to service, pricing, and velocity.

Furthermore, the assets themselves can now participate. For the first time in history, machines have the ability to own money. Historically, bank accounts have been associated with living entities—this is why your bank requires one or more forms of identifications in order to open an account.

With cryptocurrencies such as Bitcoin, machines can have the ability to control distribution of its own funds without the need for human intervention. Combine this concept with the concept of open-participant supply chain networks, and we could be moving towards a world where driverless autonomous trucks have the ability to book shipments, pick up and deliver shipments, get paid, refuel and pay for maintenance, all without the need for human intervention. 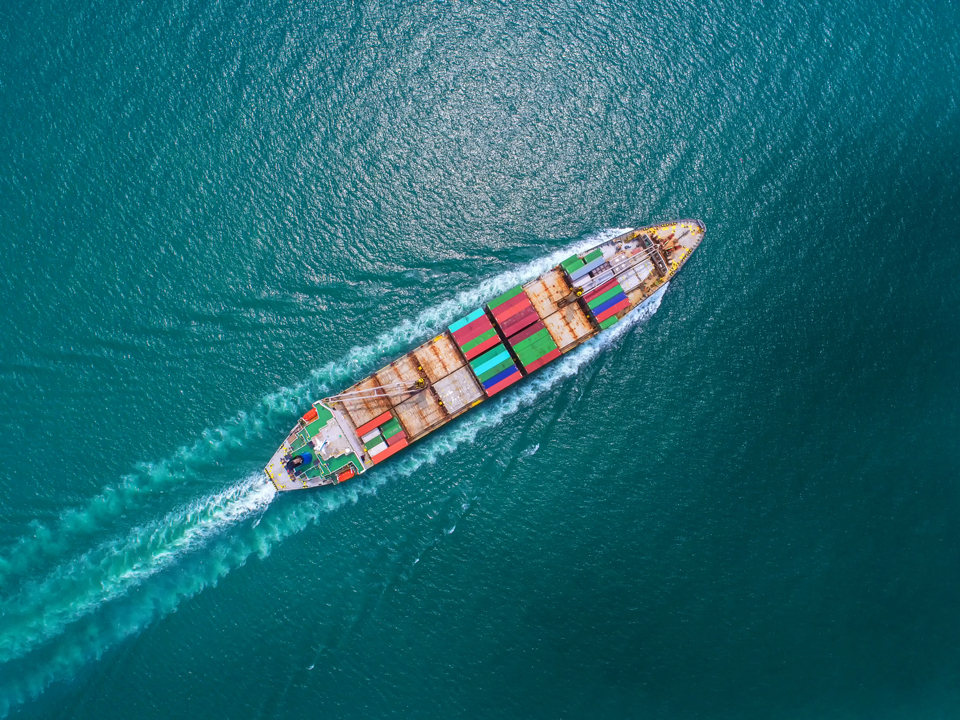 The concept of self-sustaining, fully autonomous machines brings all kinds of new challenges to the table, such as questions around legal ramifications and liability. What happens when an autonomous truck hits a pedestrian? Does the machine get sued? Or its creator? Or the creator of its algorithm? In what form should justice be served in a way that society will accept?

How quickly can our legal system adapt? If history is any indication, then most likely not fast enough. If regulations are adopted in other countries and not ours, will we be left behind on the innovation highway to such an extreme that the economic disparity is too great to recover?

Charles Darwin is famous for saying something along the lines of, “It is not the strongest of species that survives, nor the most intelligent that survives. It is the one that is most adaptable to change.” The blockchain has brought forth a new set of conditions for how entities will transact with one another, and in my opinion, individuals, companies, and societies that adapt will have a much greater chance of surviving than those that try to resist.

People like Bee will be ready to adapt, along with the other 2.5 billion adults around the world that remain unbanked and are sitting on the sidelines. There is no status quo to defend, only hope for a better life to pursue.

With the blockchain reshaping the way industries operate, Bee now has hope of not only being the famous artist that she aspires to be, but can now run an entire creative agency by copyrighting artwork directly on the blockchain, distributing the artwork using the blockchain, while funding other aspiring artists around the world through cryptocurrency and smart contracts on the blockchain, all from the comfort of her cell phone in the mountains of Thailand.