The concept of cryptocurrency is setting in for most people and Bitcoin is poised to have a good 2018.

The concept of cryptocurrency is setting in for most people and Bitcoin is poised to have a good 2018. 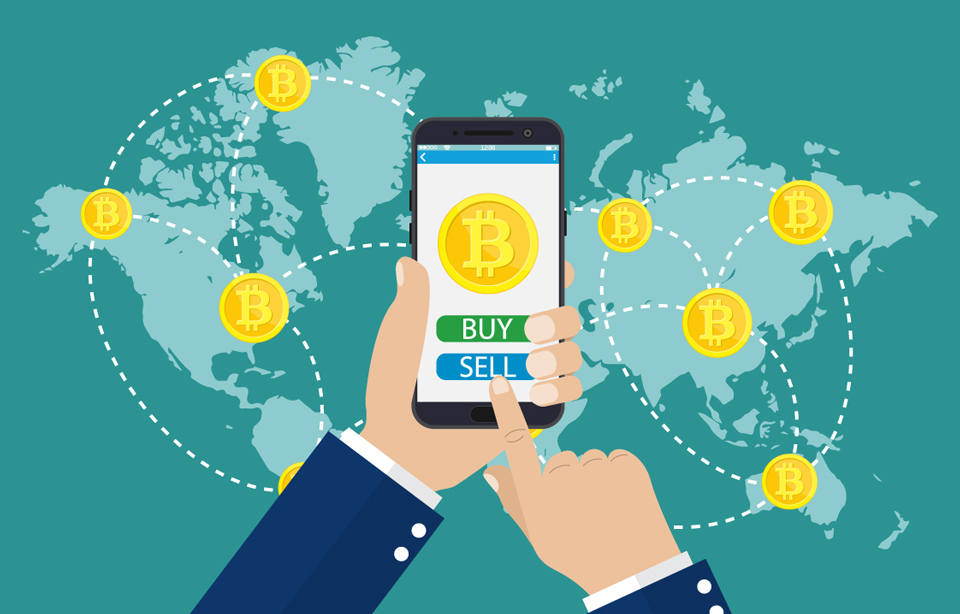 There are two schools of thought: one that says that the Bitcoin bubble is going to burst, much like the dot com bubble did back in the early 2000s. The other believes cryptocurrencies will be to the economy what the internet was to traditional media.

Some, including myself, believe that Bitcoin and other cryptocurrencies have the power to revolutionize world economies and challenge how we think about money, investing, and the economy in general.

Bitcoin used to be known strictly by those in high-tech circles. After the financial banking crisis of 2007, many saw the need to create a decentralized, yet organized, system that could conduct transactions without the middle man, while holding everyone accountable.

No one knows the exact number, but it’s estimated in the millions worldwide. A joint report by ARK Invest and Coinbase estimates that more than 10 million people worldwide hold a material amount of bitcoin. In the past year, Bitcoin has climbed from below $1,000 to a record $19,500-plus over a year; it’s believed that the steady climb has everything to do with education. In 2017, according to LendEDU, roughly 79 percent of Americans had heard of Bitcoin, with 14 percent owning the cryptocurrency.

Many questions still surround the world of cryptocurrencies, including how exactly they work.

Cryptocurrencies work by digitally enabling transactions between two parties without a middle man. Every transaction is digitally recorded in blocks that work as ledgers, called blockchain.

A blockchain is defined as a massive, decentralized ledger generated by transactions that use a specific cryptocurrency. No entries or data can be logged to the blockchain without using cryptocurrencies.

By having every transaction recorded, it creates a high level of security without revealing the information of the parties involved in the exchange.

Bitcoin might be the most commonly known cryptocurrency out there, but others like Ethereum, Litecoin, and Bitcoin cash are some of the most popular coins in the market right now. Despite their popularity, the key pieces that will determine continued growth are how they’re exchanged, how they interact with one another, and how they’re converted into cash.

Worldwide, there are currently only 180 recognized paper currencies, but a staggering 1,500-plus cryptocurrencies have emerged, with Bitcoin being the largest in market capitalization. Its value is up over 470 percent year-to-date. According to Coinmarketcap.com, Bitcoin’s recent market capitalization hit $96.7 billion and had a larger market cap than Goldman Sachs and Morgan Stanley.

Despite their popularity, however, not everyone is jumping on the cryptocurrency train.

Like everything else in business, there’s always a third that gets it right away, a third that will eventually get it, and a third that never will. This is what we’re seeing now.

When it comes to a non-state backed financial system, one should always be wary: it’s par for the course. There’s a saying that applies ‘buyer’s beware, investor’s beware.’ Like any other business partnership, you have to make sure the people you’re about to get involved with are reputable and above board. Once that’s done, you need to be ready to trust the system. 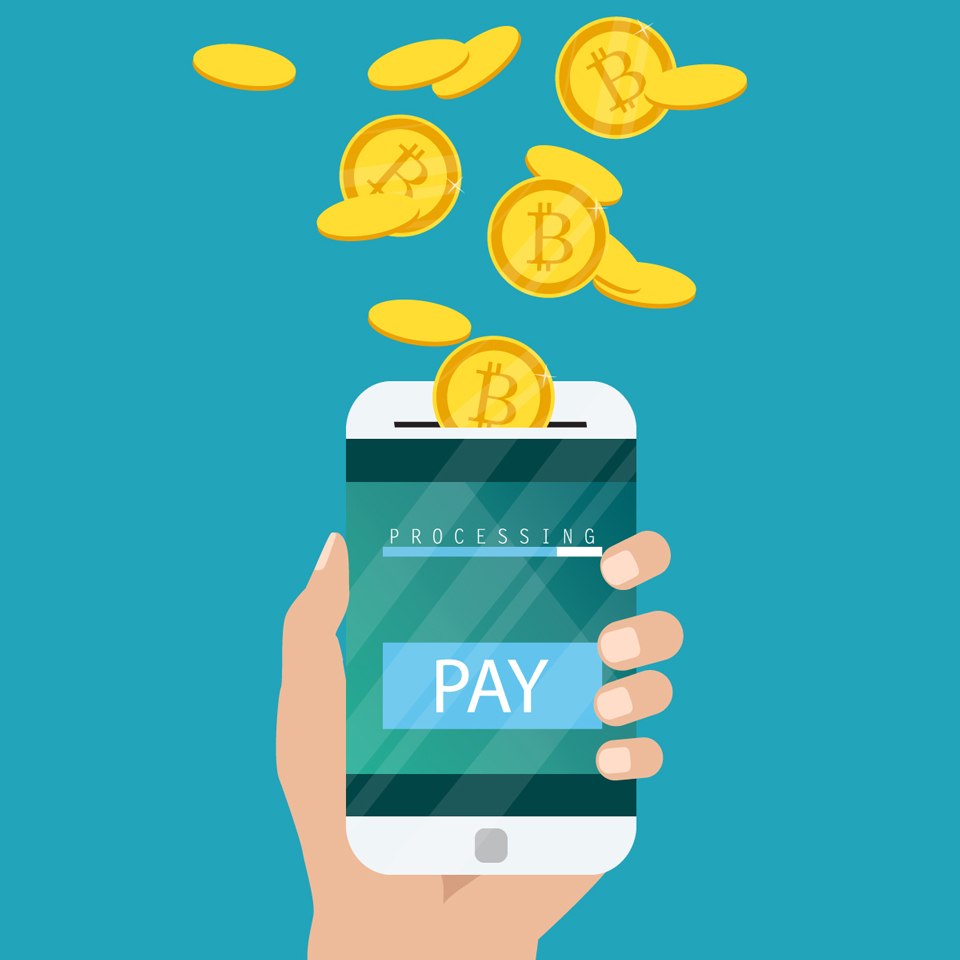 We’ve already established there are millions of people using some form of cryptocurrency, with more joining the fray every day. But it’s not just tech geeks or Fortune 500 companies. More and more merchants are accepting bitcoins as payment methods—among them is Whole Foods, CheapAir.com, OkCupid, Reddit, Virgin Galactic, Overstock.com, and Subway.

Cryptocurrencies are also being used in many ways: as an exchange for series, utility tokens, and even investment opportunities.

Until recently, VCs were the main type of funding available. Now, we have ICOs (initial coin offerings) to add to the mix. ICOs are the newest options for startups to raise capital and make it attractive for individuals to participate in the process. This year, ICOs have raised over $3.6 billion in digital tokens, a faster pace than any other early-stage venture capital funding.

Who Else Benefits from Cryptocurrencies?

Any organization conducting online transactions can benefit from using cryptocurrencies and blockchain technology. Cryptocurrencies are working the seams to allow us to operate in ways we never could have imagined. Everything in tech-related industries, as well as anything digital, benefits from cryptocurrencies. Anything that has multiple touchpoints and complexities also benefits.

While still in its infancy, there are some are some key advantages to cryptocurrencies:

Inflation plays a big part in why people gravitate towards cryptocurrencies. Rates are unknown with central banks, allowing them to print large amounts of fiat currency without the approval of the masses.

With the adoption of Proof-of-Stake protocols (PoS), a type of algorithm in which a cryptocurrency blockchain aims to achieve distributed consensus, currencies are chosen via random selection combinations, therefore decreasing the chances for inflation.

This decentralized system ironically creates a lot more safeguards than any other financial institution at the moment. While there’s still plenty of volatility associated with it and adoption will take some time, let’s remember that Rome wasn’t built in a day. There will always be skeptics: television was a fad, the internet was just a crazy invention, the cryptocurrency bubble will burst. But look how far we’ve come.

With all the good comes some skepticism. Part of that relates to cryptocurrencies not being part of everyday life for many people. But let’s face it, change doesn’t start in the middle. Change begins as a “crazy” idea someone had that eventually catches on and then society runs with it.

The big thing to overcome skepticism is separating bitcoin from blockchain. It’s the blockchain that has the biggest benefits. For example, it can be more secure, transparent, and holds everyone accountable—making everything more equal and giving more people the chance to get in and invest and be able to trace every transaction without the entire world knowing about it.

In the coming year, scale, acceptance, and legitimacy of cryptocurrencies will most likely have a bigger impact on how we all view cryptocurrencies. Many believe this technology is here to stay. The big question is will cryptocurrencies become as influential as fiat currencies? It’s too early to tell. Will it have an impact on the current economic system? Definitely.

Will 2018 be the year of Bitcoin, and other cryptocurrencies? I think so. 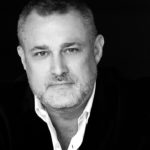 Jeffrey Hayzlett is a primetime television host of C-Suite with Jeffrey Hayzlett and Executive Perspectives on C-Suite TV, and business podcast host of All Business with Jeffrey Hayzlett on C-Suite Radio. He is a global business celebrity, speaker, best-selling author, and Chairman and CEO of C-Suite Network, home of the world’s most trusted network of C-suite leaders. Hayzlett is a well-traveled public speaker, former Fortune 100 CMO, and author of three best-selling business books: Think Big, Act Bigger: The Rewards of Being Relentless, Running the Gauntlet, and The Mirror Test. Hayzlett is one of the most compelling figures in business today and an inductee into the National Speakers Association’s Speaker Hall of Fame.