The creators of Fleet Farming want to transform yards across the nation into urban farms.

This sustainable trend is the perfect fit for a generation deeply invested in where their food is sourced from and how it’s treated.

Feeding Children Everywhere (FCE) has partnered with IDEAS for Us (IDEAS) to expand their Fleet Farming program nationwide.

The program offers to transform and maintain lawns across the nation into urban farms free of cost.

While a portion of the produce is given to the homeowner, the remainder goes to local food pantries, farmers’ markets, and restaurants.

“I want to farm the moon with SpaceX.” –Biologist Clayton Ferrara

Efficiently Solving Problems
“Why are we growing 40 million acres of lawn just to make them look nice when they can look beautiful and be productive?” said Fleet Farming Co-Founder Chris Castro during a segment on NBC News.

The average homeowner spends $157 on lawn care. What concerns Fleet Farming team the most, however, is that lawns are one of today’s largest sources of pollution.

The official Fleet Farming website points out, “With 40 million acres under cultivation, they (lawns) absorb three million tons of chemical fertilizers and 30,000 tons of pesticides, and use 800 million gallons of gasoline for mowing per year.”

Production and distribution of food in the country is proving to be another problem for our environment. 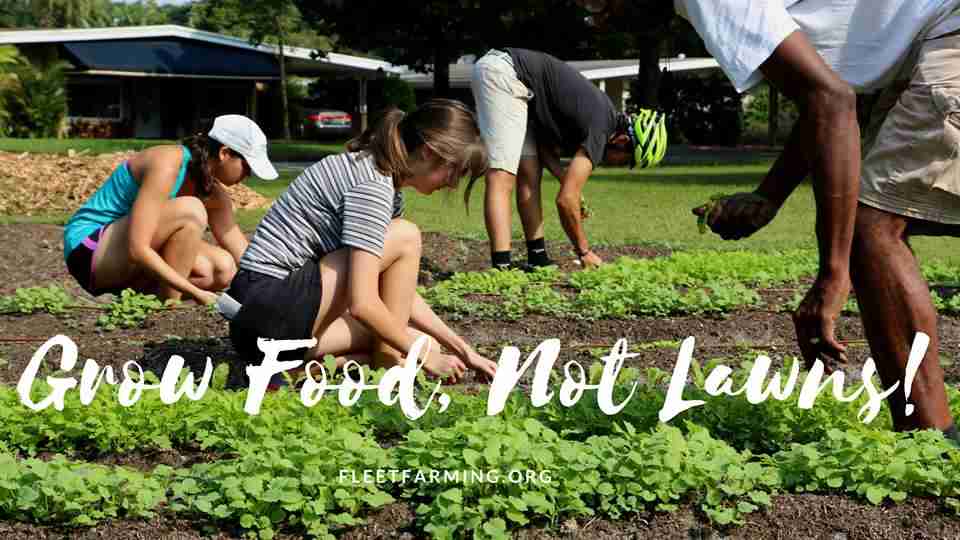 On average, a meal travels 1,500 miles from farm to table, putting 10 calories of fossil fuel energy into each food calorie consumed in an average American diet.

By providing this volunteer-led, bicycle powered fleet, urban farms will reduce the carbon footprint of the lawn care and food and beverage industries. The effort will also help to eliminate the use of harmful fertilizers and pesticides on lawns. 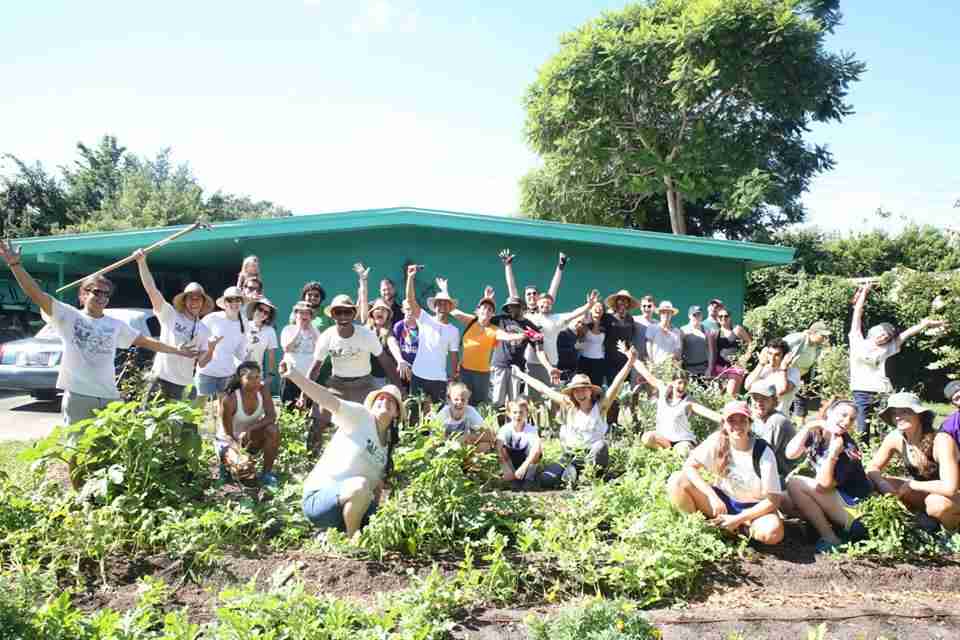 Feeding Families Across America
Urban farms will turnfood deserts into food producers by strictly delivering to vendors within a five- mile radius.

The farms also bring affordable, healthy produce to low-income communities who normally wouldn’t have access to any. 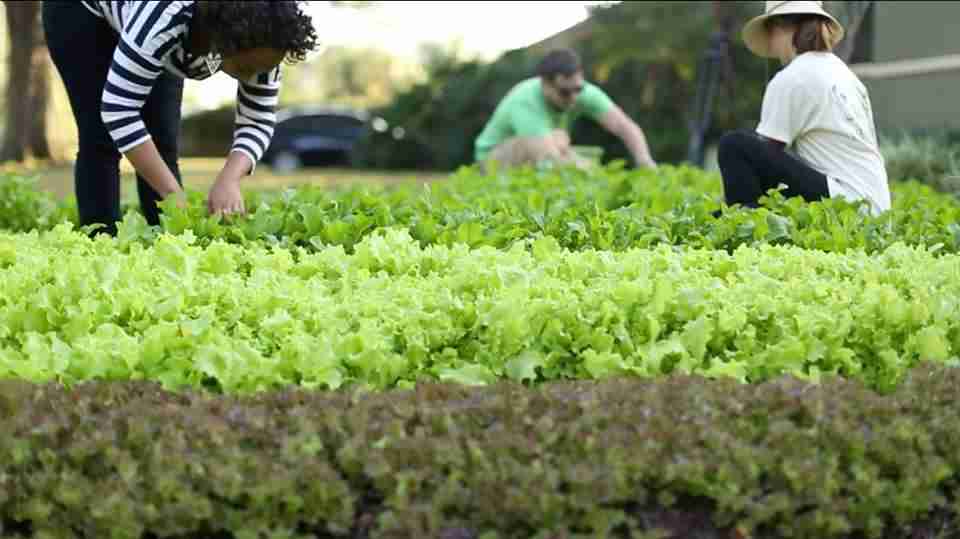 Fleet Farming will provide a sustainable micro-farming system to low-income communities, empowering them with a direct connection to their food.

The knowledge and involvement that comes with urban farms is a powerful tool in the education of impoverished communities. Low-quality food is often the most affordable and accessible option in these regions.

“There’s a poverty of spirit that exists with the absence of knowing where your food comes from,” Biologist and Executive Director of IDEAS For Us Clayton Ferrara says.

“People are happiest when they have a connection to their local food economy.”

Nutrition for All
According to Green, “if we have more efficient food systems, we produce more nutrition. The ore we can do that at a local level, the closer we get to creating a hunger-free world.”

He has found a perfect means to not only bringing food to low-income areas of the country, but establish up a steady flow of nutrition to inner city communities with these urban farms.