The Big Bend: NYC Concept Would be the Longest Building in the World

Oiio’s The Big Bend would be the longest—not tallest—building in the world while conquering one of the greatest challenges in elevator history.

Oiio’s The Big Bend would be the longest—not tallest—building in the world while conquering one of the greatest challenges in elevator history. 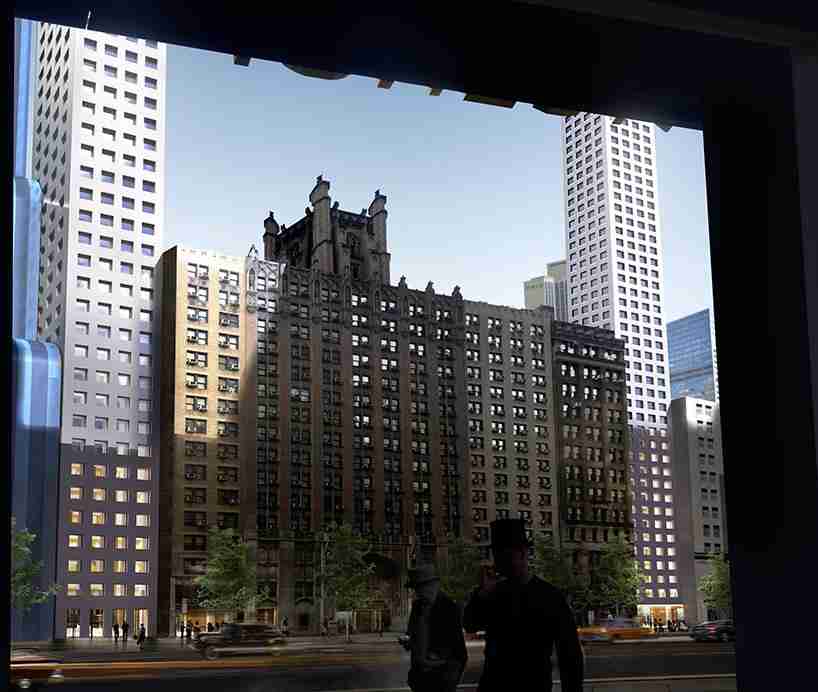 Oiio Architecture Office is known for imaginative designs, however, its Big Bend is certainly a concept for the history books. 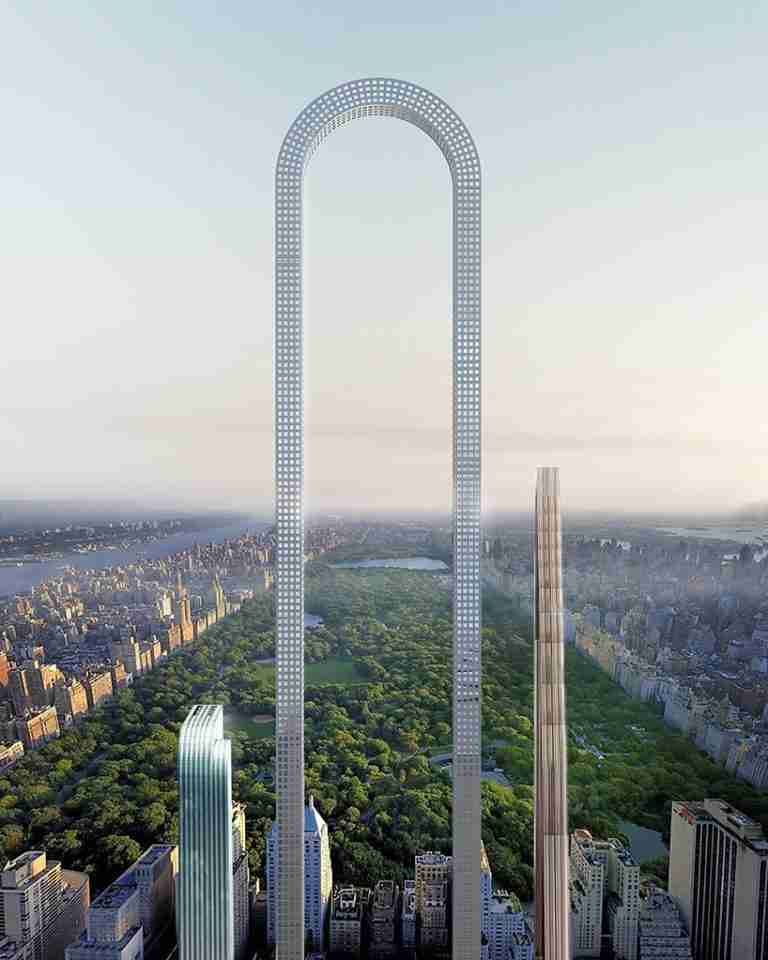 U-shaped renderings for the next project are rooted in the center of Billionaires’ Row, near Calvary Baptist Church, One 57, supertall Central Park Tower, and “the slenderest tower in the world”, 111 West 57th Street. The Skyscraper Museum nicknamed these, along with 53W53 and 432 Park Avenue, “super-slenders” thanks to their extreme base-width-to-height proportions.

The Athens-based architecture firm’s plans for the longest building in the world include a total length of 4,000 feet—making it much taller than the nearby “supertalls”, qualifying as one of the “megatalls” that the Council of Tall Buildings and Urban Habitat dubs structures taller than 1,968 feet.

Imagining The Big Bend
Oiio paints the picture of this new superlong concept—dubbed as “ideas not theories”—below:

“The story of The Big Bend follows a recent trend that has appeared in New York City: the emergence of myriad tall and slender residential skyscrapers. New York city’s zoning laws have created a peculiar set of tricks through which developers try to maximize their property’s height in order to infuse it with the prestige of a high rise structure.”

“But what if we substituted height with length? What if our buildings were long instead of tall? If we manage to bend our structure instead of bending the zoning rules of New York we would be able to create one of the most prestigious buildings in Manhattan.”

Designs include a grid of large windows, small floorplates, and legs that straddle a historic building.

Oiio’s The Big Bend is an ambitious undertaking with major obstacles like funding, finding passionate developers, and getting the okay from the community and preservation groups still remaining. 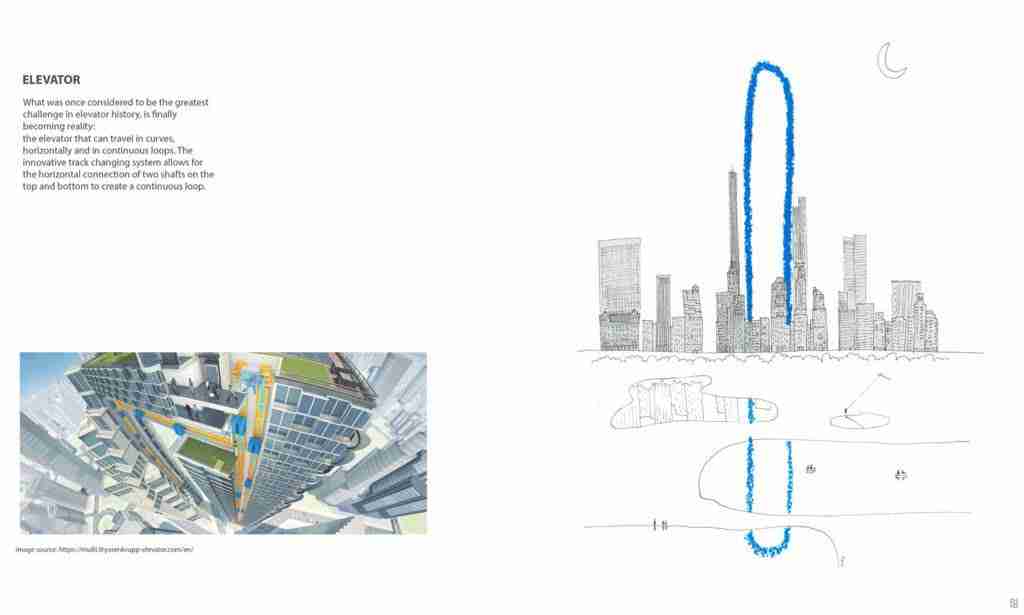 Making Elevator History
When it comes to elevators in The Big Bend, revolutionary ideas are at play. What Oiio calls “the greatest challenge in elevator history” is slated to become reality. The concept involves an elevator that can travel in curves—horizontally and in loops—due to an innovative track-changing system that enables the horizontal connection of two shafts on top and bottom. 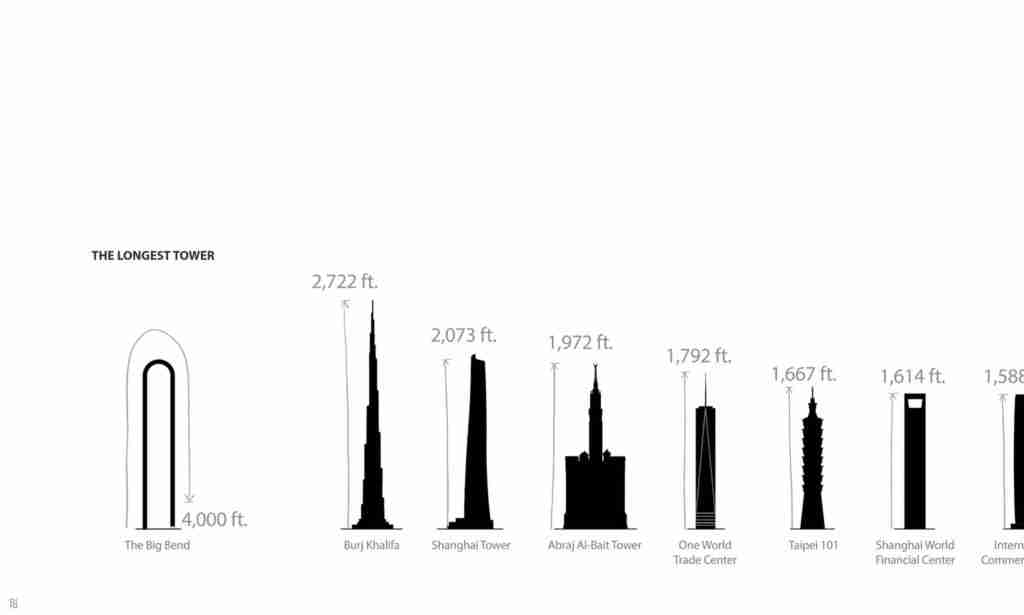 The Race for Air
Although the structure meets at two individual points, the concept has a relatively minimal footprint—it maximizes scaleable square footage while complying with New York City’s zoning laws and height limits. The Big Bend would underline the ongoing “race for height” taking place between Manhattan luxury condo developers.

“We usually learn about the latest tallest building and we are always impressed by its price per square foot. It seems that a property’s height operates as a license for it to be expensive. New York City’s zoning laws have created a peculiar set of tricks [through] which developers try to maximize their property’s height in order to infuse it with the prestige of a high rise structure. But what if we substituted height with length? What if our buildings were long instead of tall?” asked Oiio.

One Curbed writer said the plans look similar to “a massive Dyson bladeless fan to cool Central Park”… what do you think?