The world’s biggest tunnel boring machine has made history in Seattle.

The world’s biggest tunnel boring machine has made history in Seattle.

During its journey, the Bertha tunnel boring machine faced a slew of challenges. As of last month, it finally completed her mission, and what a whirlwind journey it was.

An Unlikely Solution to an Unfortunate Situation
On February 28, 2001, Seattle was affected by a magnitude 6.8 earthquake that took place just 60 miles south.

While most of Seattle lucked out with only minor damage—knocked over furniture—the city’s infrastructure did not fare as well.

Upon inspection, it was determined that most of Seattle’s bridges needed to be retrofitted with concrete sleeve reinforcements. All was well until it came to the Alaska Way Viaduct which had damages beyond repair.

In January 2009, city governments announced a new project by the Washington State Department of Transportation (WSDOT) and Seattle Tunnel Partners. The project was to demolish the Viaduct, and to reconnect the north and south stretches of State Route 99 by way of a $3.1 billion tunnel. The openings in Bertha can let a three-foot boulder pass through (Image: WSDOT)

The Birth of Bertha
Running under the city, the proposed tunnel would be 200 feet deep to avoid any pilings, pipes, or cables from the hundreds of buildings overhead.

The revolutionary tunnel was slated to be 1.7 miles in length— wide enough to hold a two-lane double decker road, fire-fighting and ventilation equipment, and an emergency pedestrian walkway concealed into one wall. 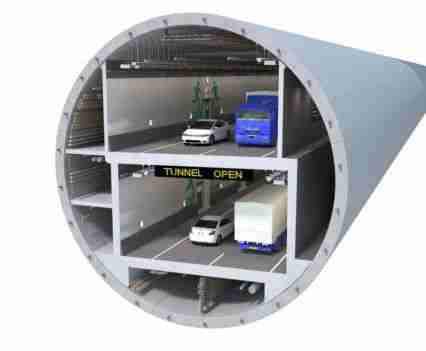 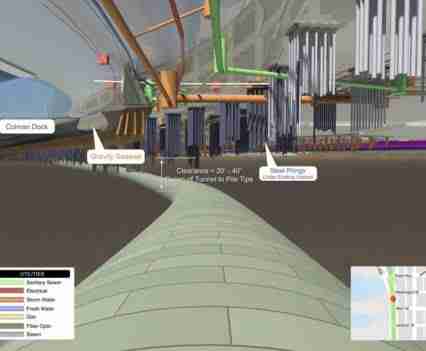 Breathtaking Behemoth
The Bertha tunnel boring machine was so large that WSDOT conducted a tour inside of it, complete with catwalks, ladders, stairs, a control room, and several break rooms.

Despite its size, the Bertha tunnel boring machine is automated, only requiring 25 people to operate it most of the time.

What sets the Bertha tunnel boring machine apart was not just its incredible size, but that it’s the first of its kind. There was no field test to refer to in Bertha’s case, except for the job itself. The unpredictability of its performance and how it would be handled is on a bit of a learning curve, according to New Atlas. 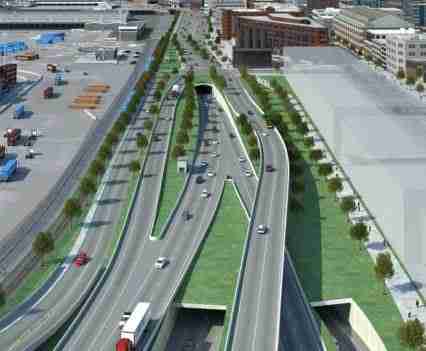 Artist’s concept of the entrance of the SR 99 tunnel (Image: WSDOT) 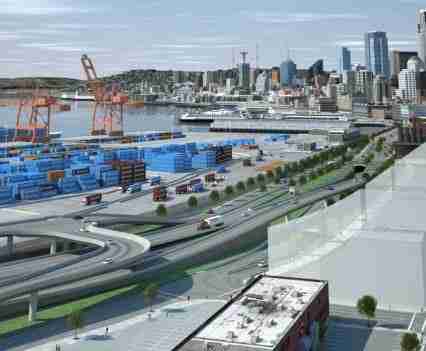 Artist’s concept of the new Alaskan Way made possible by the tunnel (Image: WSDOT)

Bertha Breaks Ground
The Bertha tunnel boring machine cut into the cement plug for the first time on July 30, 2013. Unbeknownst to all, it was the beginning of what would be a tough two-mile road ahead.

Bertha was expected to complete its job by September of 2015, but time would tell that her journey was not meant to be a smooth one.

Despite the route having been sampled and studied, it remained unclear if the Bertha tunnel boring machine would bode well against the complex geology that lay underneath Seattle. 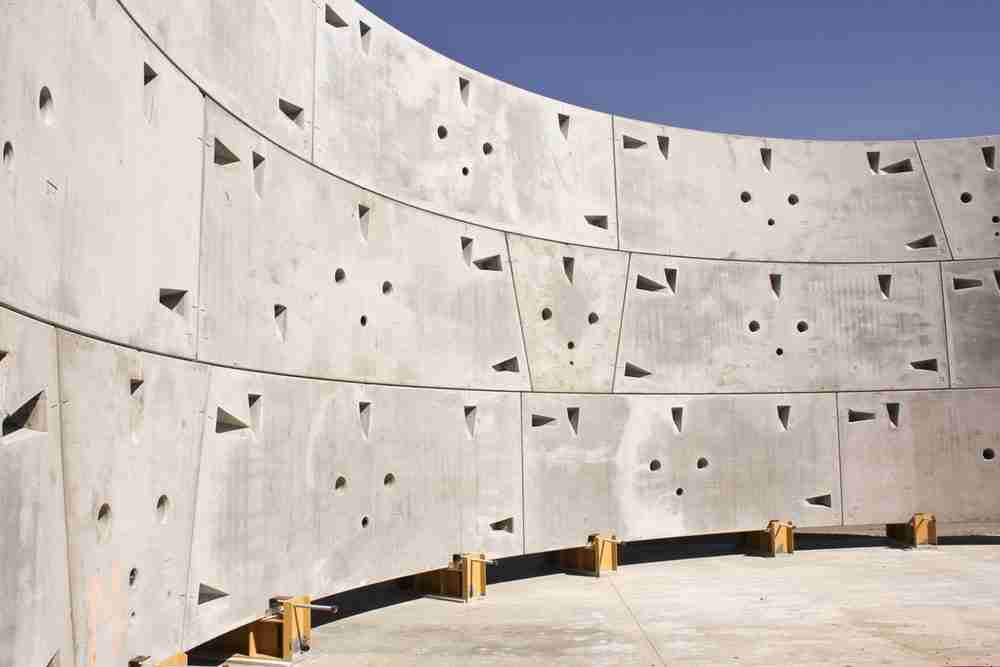 Three concrete rings assembled on the surface to show how the tunnel lining is assembled and bolted together (Image: WSDOT)

At an Impasse
The contractor shut down Bertha tunnel boring machine in December 2013 because the machine was overheating. The contractor later discovered damage to the machine’s main bearing seals.

Repairs included lifting much of the machine above ground and a delay to the project of more than two years. This incident would start a two-year delay, filled with lawsuits, demands to abandon the project altogether, political feuds, and a media frenzy fueled by frustrated citizens.

During this time, the Bertha tunnel boring machine’s manufacturer—Hitachi Zosen Sakai Works in Osaka, Japan—concluded that in order to repair Bertha, the machine would have to be dug out and dismantled.

In December 2015, after many delays and geological complications, the Bertha tunnel boring machine’s repair was completed. Bertha finally started to move forward once again.

However, less than a month later in January 2016, Bertha came across a layer of stiff clay mixed with sand and gravel, leading to yet another sinkhole. This incident caused a six-week delay and futher political disputes.

In the midst of all the conflict, the Bertha tunnel boring machine resumed its digging on April 29, 2016. Meanwhile, Seattle residents were unable to use the Viaduct. Over 100,000 commuters were forced to detour their routes for two weeks as Bertha silently continued its mission below. 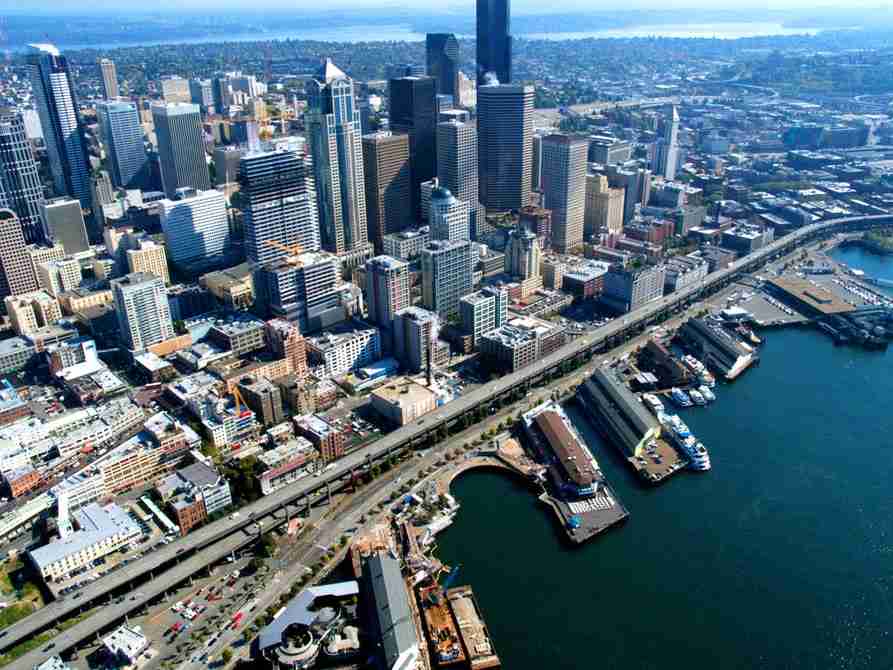 The Much-Anticipated Completion
In March 2017, the Bertha tunnel boring machine finally reached the end of its revolutionary journey. On April 4, after over four years of starting its journey, Bertha marked the completion of its tunnel-digging days.

In the wake of its victory, the biggest tunnel boring machine in history is about to see its end. Ironically the reason one would expect Bertha to be forever commemorated is the very reason it is being dismantled—it is much too big and valuable to keep stored away just anywhere.

Unfortunately for Bertha, this impressive mission is not enough to save it from being sold for parts. The upside to the machine’s dismantlement? Most of its steel will be reused in the making of the tunnel.

As for the tunnel, if all goes as planned, it will be open to traffic in 2019. Bertha will forever remain a part of its creation, helping the same 100,000 commuters it aggravated for four years make their daily commute 30 minutes shorter.