The Bridge That Defeated Hitler: The Legacy of the Bailey Bridge

How a bridge helped turn WWII

How a bridge helped turn WWII 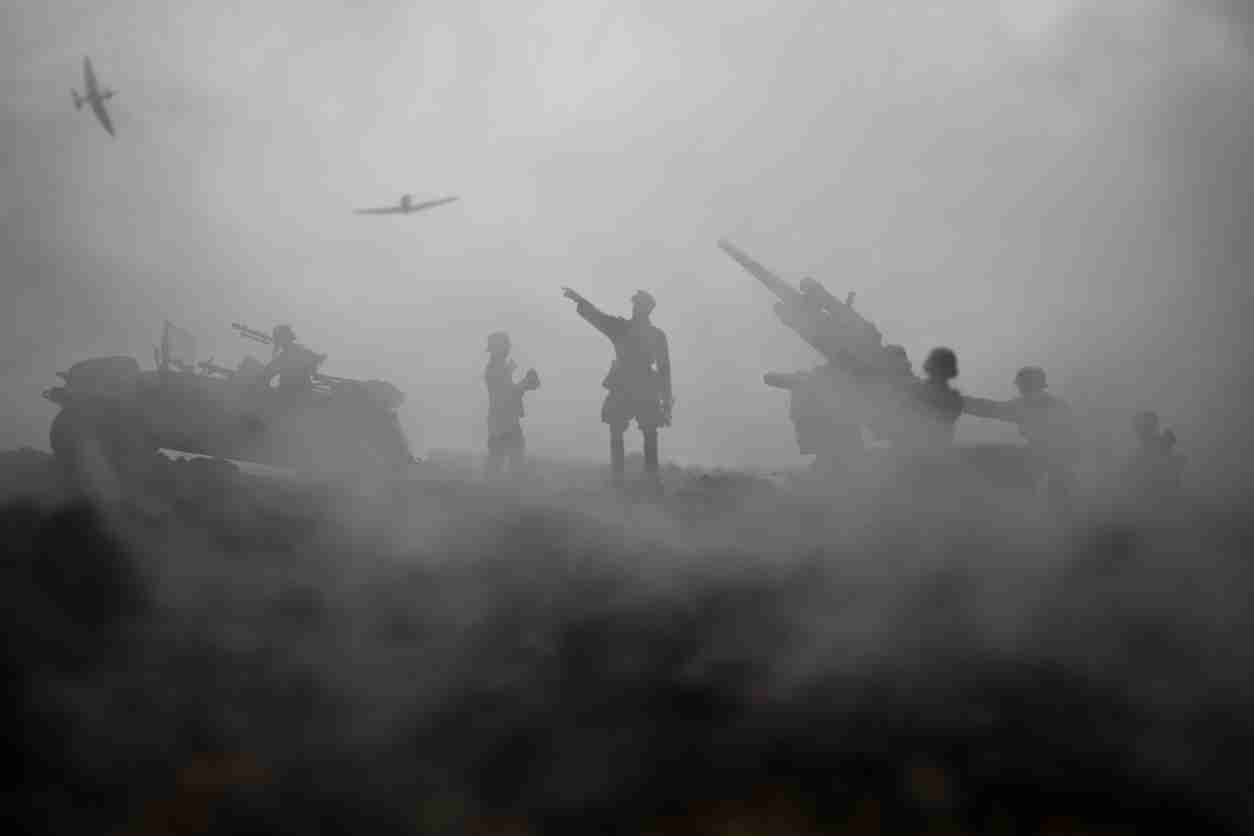 Winston Churchill once famously remarked that “never was so much owed by so many to so few”. He was, of course, talking about the pilots of the Royal Air Force and their recent triumph in the Battle of Britain, but he could just have easily have been referring to a set of steel beams and cantilevers instead.

At least, that’s according to the testimony of Field Marshal Bernard Montgomery who, to put it bluntly, wrote:

“Bailey bridging made an immense contribution towards ending World War II… I could never have maintained the speed and tempo of the forward movement without large supplies of Bailey bridging… Without the Bailey Bridge, we should not have won the war. It was the best thing in that line that we ever had.”

The Bailey Bridge was indeed necessary to supplying the Allied forces with the hefty military hardware they needed to cross the Rhine in Germany, and — during the Battle of Remagen — helped them to capture the Ludendorff bridge. This feat alone probably shortened the War by a couple of months, saving countless lives.

But what exactly is a Bailey bridge? And who is Bailey? As is so common with inventions, they are christened by their inventors. In this case, Donald Bailey: an engineer, Yorkshireman, and civil servant.

Bailey invented the Bailey bridge three years before the Second World War broke out in 1936, and scribbled the initial design on the back on an envelope. The appeal was this: it was a prefabricated modular construction, which could be deployed to a war zone, used in a makeshift and haphazard manner, and, once it had served its purpose, be detached and then re-deployed elsewhere. Soldiers could put the bridge together by hand; cantilever it at only one end over a gap, and then push the floating area out by rollers.

Bailey’s design was ignored until well into the War, in 1941, when it became apparent that similarly-purposed bridges from the First World War could not support the increasingly heavy combat vehicles of the Allies. Eventually, the War Department contacted Bailey, telling him to prepare for a full-scale trial of the bridge at the Experimental Bridging Establishment at Christchurch in Dorset.

From London to Leningrad

Within less than a month of testing, the Bailey bridge went into production. It was easier to use and deploy than expected, and the British, Australian and Canadian forces quickly set about implementing a new tool that the Axis powers simply did not have. Indeed, it was the Royal Canadian Engineers of the 2nd Canadian Corps who built the largest: the so-called “Blackfriars bridge” over the Rhine, which measured 558 meters in length. What is most impressive about this bridge is that the floating section alone had a Military Load Class 40 rating — which is sturdy enough for 40-ton tanks to safely advance over.

The modular panels used for the construction of the Bailey bridge meant that at the height of its use in the War around 20,000 panels were produced every month. Over the entire conflict, an estimated 700,000 panels were manufactured, shipped, and deployed in the form of modular Bailey bridges. End to end, enough to stretch from London all the way to the to Saint Petersburg (Leningrad) in modern-day Russia.

World War II and beyond: the lasting legacy of the Bailey bridge

It is no hyperbole to describe the Bailey bridge as an engineering marvel. It was light, and soldiers could assemble it within 24-hours. The bridge could support even the heaviest tanks for over a 60-meter span.

Testimony to this fact is that, over the last three-quarters of a century, the original design essentially still lives on and is widely used today, with only a few minor improvements. Examples include the Super Bailey, the Mabey Compact C200, and the Logical Support Bridge. Many of these new descendants are used in civilian as well as war-like circumstances, and only one site supervisor is needed to oversee the installation. Meaning the ‘engineers’ who construct the bridge can almost always consist of whoever is living and working in the area.

In today’s less war-ravaged world (wars and conflict have, despite their prevalence in the news cycle, have been steadily decreasing since World War II) the Bailey bridge is a great triumph for the civil engineering community — who continue to deploy it to establish critical connections and supplies to people all over the world. Examples include: helping children to go to school and helping with the return to normalcy after a natural disaster. In 2005, the British government sent 30 C200s to the Kashmir region in Pakistan for emergency bridging after an earthquake devastated the region.

The most widely-used descendant of the Bailey bridge is the Mabey Compact C200. This C200 model is much more efficient in that it requires less parts to put together — but in principle and function, it is largely still the same as the one the Allies used. The C200 can be manufactured in half the time, and there are much fewer components to put together by hand.

Other bridge types that are commonly used today include the Truss bridge, the Crane Mat bridge, and the Pedestrian bridge. All share largely the same principle and design, even if the functions are slightly similar.  As the old adage goes: “It it isn’t broke, don’t fix it”. Perhaps we shouldn’t expect anything more from a design so eloquent that it helped win key battles in the theater of war and yet, at the same time, could be scribbled on the back of an envelope.

Ben Fielding is a copywriter for RJ Lifts, a lift maintenance, installation and construction company based in Stoke-On-Trent, Staffordshire.