Non-radioactive Atomik Vodka is the result of years of research

Non-radioactive Atomik Vodka is the result of years of research 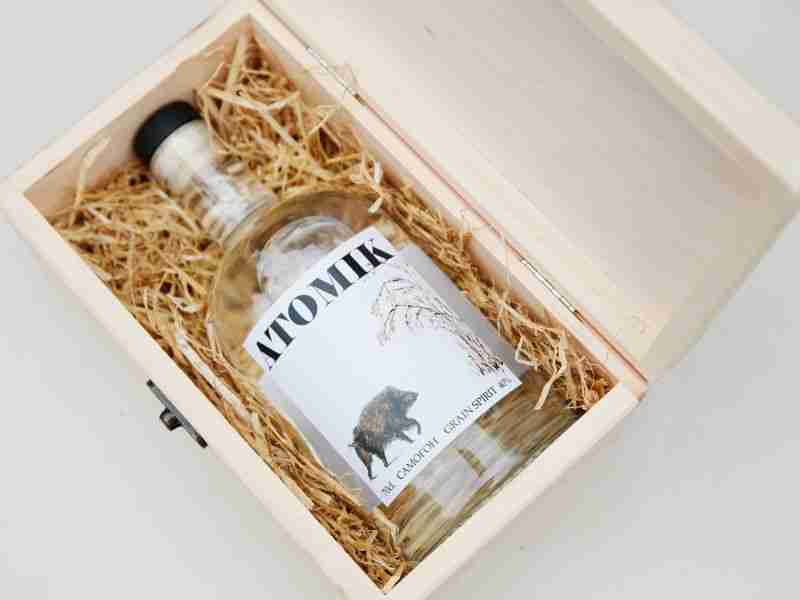 In April of 1986, the Chernobyl Nuclear Power Plant in northern Ukraine experienced a meltdown that released “at least 5 percent of the radioactive reactor core into the atmosphere and downwind – some 5200 PBq (I-131 eq),” according to the World Nuclear Association. Thirty-three years later, it is still considered the worst nuclear disaster of all time, and the area is still recovering.

To assist in the economic recovery of the Exclusion Zone — the area within a 19-mile radius of the disaster that faced forced evacuation and was placed under military control — a team of researchers from the UK and the Ukraine have distilled vodka from the region. Atomik Vodka, as the product is known, is made by the Chernobyl Spirit Company which hopes to have small batches available for purchase in the near future.

The Significance of Atomik Vodka

Professor Jim Smith of the University of Portsmouth led the research team which used grain grown in the Exclusion Zone in the distillation process and plans to give 75 percent of the profits back to the local community. Smith and his team tested the grain and found a higher level of radioactive strontium-90 than is considered safe. However, the distillation process removes all impurities and left the resulting vodka with no more radioactivity than liquor produced anywhere else in the world.

In a statement, Smith proclaimed, “I think this is the most important bottle of spirits in the world because it could help the economic recovery of communities living in and around the abandoned areas. Many thousands of people are still living in the Zone of Obligatory Resettlement where new investment and use of agricultural land is still forbidden.”

The potential of Atomik Vodka is not lost on Ukrainian officials, either. Oleg Nasvit, First Deputy Head of the State Agency of Ukraine for Exclusion Zone Management, stated, “We welcome this initiative to use abandoned lands to help local communities. It is important that we do everything we can to support the restoration of normal life in these areas whilst always putting safety first.”

Currently, there is only one bottle of Atomik Vodka that has been produced as a prototype and the company is not yet taking pre-orders. However, it looks like fans of HBO’s Chernobyl miniseries will soon have a new alcoholic alternative, made from the setting of the miniseries, to sip on while they watch.

Watch the video about Atomik Vodka, courtesy of University of Portsmouth, below: