Atlantic Constructors: Extraordinary, Through and Through 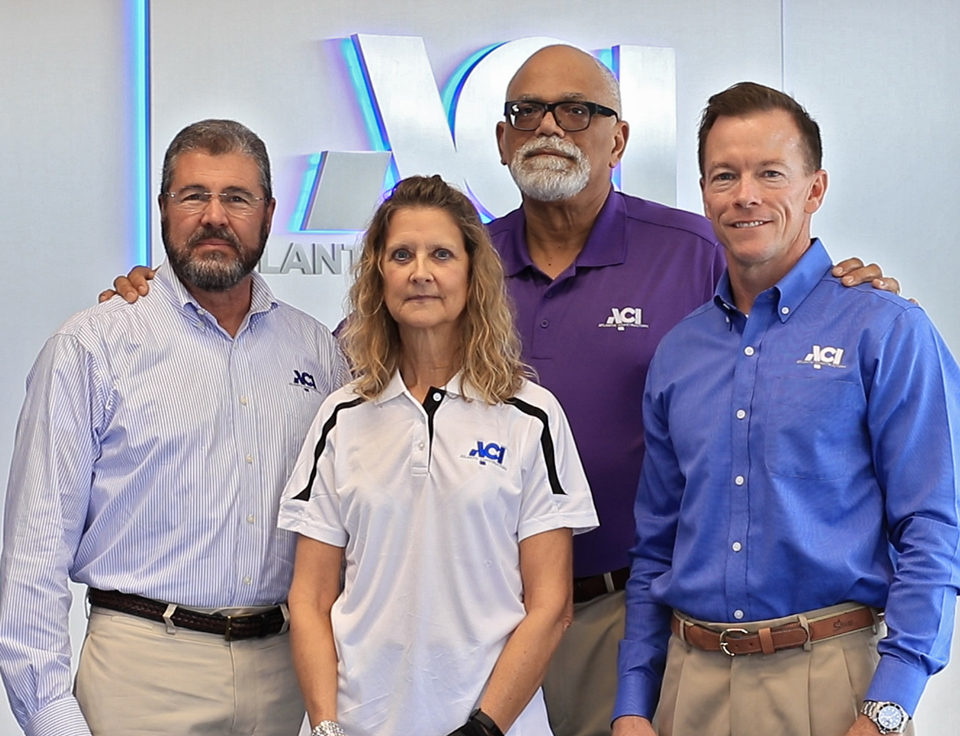 For many companies, diversity is a buzzword that has become too hard to ignore. From Silicon Valley and the world’s largest tech companies to smaller heavy industry players, employees and the community alike are demanding statistics on a company’s makeup, and, if a company doesn’t measure up on diversity, change.

“Diversity by itself is just a mix of differences, but true inclusion is making the mix work,” said Terrence Kerner, President of ACI. “If we learn to harness the power of people with different backgrounds and experiences, it makes us more innovative.”

With over 700 employees, the leading service and construction provider for commercial and industrial markets knows that it’s the people that set the company apart in the industry.

Bill Cooper, ACI's Director of Diversity Strategies, shared this after working with the company for a few months: “ACI builds not by counting people, but by making people count.”

It resonated and stuck.

“One of Bill's favorite things to say is, ‘we have to lean into discomfort,’” Kerner said. “This means let go of ideas or preconceived notions that we have in our head about things or people we don’t know much about.

“Discomfort is a prerequisite for discovery, which leads to creative ideas, which ultimately allows us to meet and exceed our clients' expectations.” 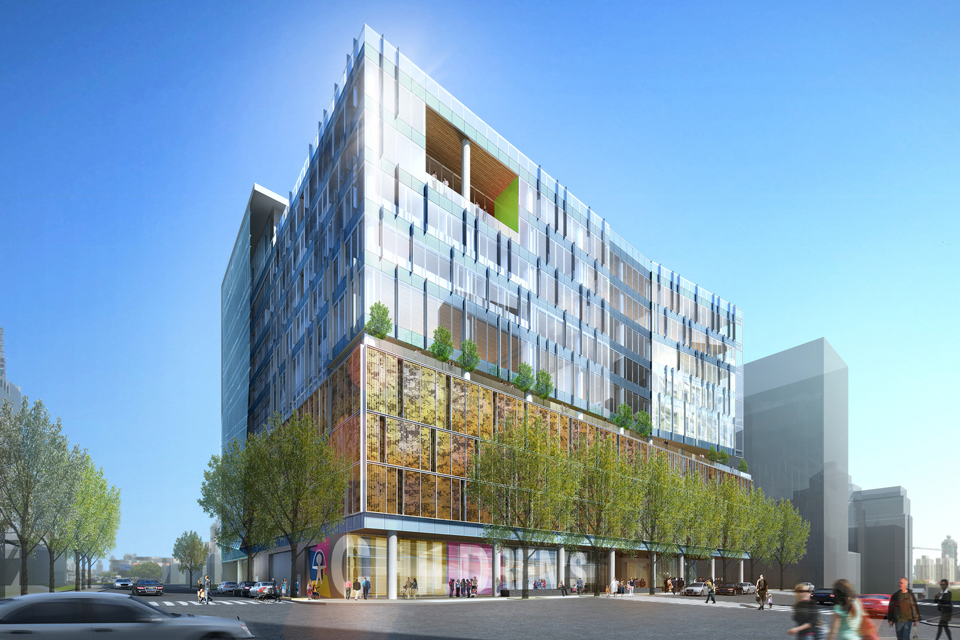 Although ACI always had a strong culture, a few years ago, senior leadership recognized that some change was in order.

“The majority of our employees don’t work in an office—they are building things. It’s difficult to find people who want to do that. To combat this challenge, we needed to find a way to put people at the center of all that we do as a company,” Kerner explained.

“Making people count needed to be part of all that we do, rather than something else we do.”

An area of continuous focus to support this mindset is senior leadership’s interactions with remote office personnel. For the last two years, these higher-ups have made a concerted effort to get out of the office and spend time with remote employees.

“We’ve done a series of ‘Lunch with Leaders’ and ‘Breakfast with Bosses’ where our leadership served the food and interacted with our field teams,” he said.

The company has also recently started a program that intends to catch people doing something right. The Looking for ACE’s Program—where ACE stands for ACI Extraordinarians—periodically recognizes and rewards star employees within the business.

“Every construction company can do better with retention. Currently it’s common in the industry for workers to move around. The more that we can make them feel like a part of our team, the more likely they’d be willing to stay,” said Kerner.

“We are working on [making people count] every day, and once we get there, we will have a more engaged and loyal workforce that will work to fulfill our mission of being ‘extraordinary through innovation, collaboration, and diversity’. We believe that by doing this, we will create a sustainable competitive advantage.” 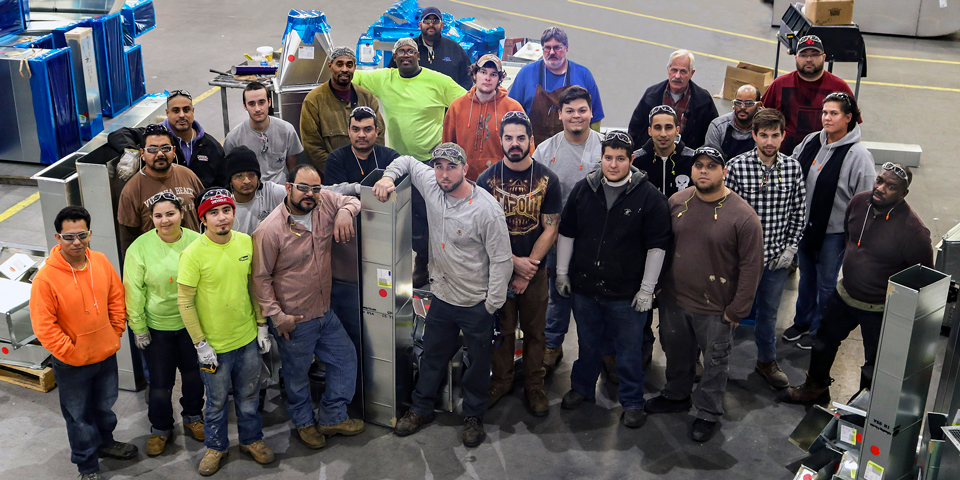 ACI's efforts for diversity and inclusion don’t stop with its employees.

“Many times we are tasked by our clients to provide diverse participation through our vendors and subcontractors specifically via minority and women-owned businesses. In our world, this is often referred to as SWaM (Small, Women, and Minority) participation,” Kerner explained.

But the reality in the construction business is that it's challenging to find meaningful participation from a lot of different sources. Kerner shared that too often, supplier diversity programs focus on the dollar spent with the diverse firms.

“This can lead to a false sense of accomplishment for the owner, with minimal impact on the diverse firm's experience, growth, wealth, and ability to create and sustain jobs. We want to focus on creating value for the owner and the vendor/supplier.”

ACI began working with one local, woman-led organization, Katilyst, to help them develop a business plan and get the proper certification for the business. In turn, the company has been working with ACI on a few projects.

GP Supply, a company that Kerner believes is one of the largest minority-owned plumbing organizations in the country, also works with ACI to get certifications. ACI also has made introductions between the company, other private sector firms, and government officials in Virginia.

“This is about building a relationship, not just completing a transaction,” said Kerner.

An Employer of Choice

Senior leaders within the company will continue pursuing ACI's mission—to be extraordinary through innovation, collaboration, and diversity—in 2018. The organization is looking to grow its current branches, including its four-year-old branch in Roanoke, and expand its customer base and services.

Through its mission and commitment to diversity, the brand is also trying to alter the perception of the construction industry to help attract younger workers.

“The perpetuated idea that you have to go to a four-year college to be successful just isn’t true,” Kerner said. “We want to prove that going into the trades is a great, practical alternative. Public schools are doing more and apprenticeship programs are available, but we have to grow this and market it.

“We are working to make ACI the employer of choice: a great place to work where people are safe, focused, and proud of their work and their company, he said.

“We want to work on projects where we can collaborate with our customers to maximize opportunity and efficiencies so the whole team is more successful. We want to capitalize on diversity…to use the backgrounds and experiences of our employees, vendors/suppliers, and clients to enhance our ability to be innovative.”

ACI offers a full range of self-performed services. Our highly trained employees are willing and able to make critical, timely decisions focused on your needs and to provide a turn-key, high-quality solution to meet the demands of your schedule. An unwavering commitment to safety and a passion for providing innovative, quality solutions, makes ACI a company uniquely positioned to provide something extraordinary to the customer. 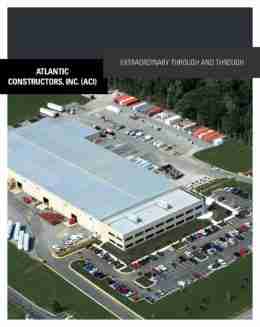 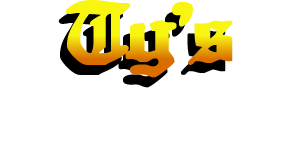