The Artificial Leaf: How Photosynthesis Could Power Your Home One Day

Several university research teams across the globe—from Melbourne to Massachusetts—have been exploring alternate forms of energy for decades. But in the last few years these...

Several university research teams across the globe—from Melbourne to Massachusetts—have been exploring alternate forms of energy for decades. But in the last few years these teams have made huge progress on an artificial leaf, which could be the solution to producing and storing green energy to power the future’s cities. 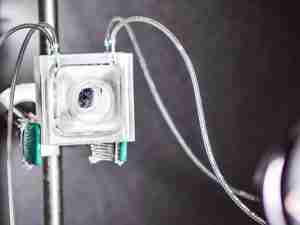 all, but the properties a leaf in nature uses to create and store the energy from sunlight (photosynthesis) is what scientists are after, not the appearance. It’s still in its very early stages compared to the established solar energy industry, but fuel made through artificial photosynthesis—hydrogen—could be the ultimate renewable energy source.

Hydrogen is potentially a better option for energy storage than batteries. As an inert chemical fuel, hydrogen can store energy for decades without degrading, and offers high energy density, especially in compressed or solid form (bound up in a metallic lattice or powder). For electric vehicles, for example, hydrogen could offer much more range than several tons of lithium ion batteries currently do. And refueling hydrogen is much more like putting gasoline in your car than sitting at a rest stop while your car sips from a charger.

Caltech’s Joint Center for Artificial Photosynthesis has been working on ways of turning sunlight, water, and CO2 into useful chemical fuels for the last half decade. The design by this particular team contains two electrodes separated by a membrane. 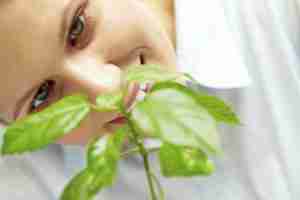 This model produced about 10 percent efficiency—not as impressive as solar power’s 20 percent, but a big leap in the filed—after running for about 40 hours straight. However, key to the success of an artificial leaf is stability, which is hard to come across right now. Efficiency on Caltech’s design decreased about 2 percent after 80 hours and experienced “catastrophic failure” sometime after.

The good news is that the researchers have identified the cause of the degradation, and they’re pretty sure that it’s a solvable issue. As the technology continues to be better understood, we hope that this is a technology that is readily available to the energy using public in the coming years.