Despite reports of an industry sector slowly asphyxiating before our very eyes, the death of coal production in the US has been greatly exaggerated. Just ask the leadership team fueling American Resources Corporation (NASDAQ: AREC), a firm committed to becoming America’s fastest, most efficient metallurgical coal producer in service to the global steelmaking and infrastructure industries.

Metallurgical coal, or met coal, is different from thermal coal used for heating and energy. Met coal is converted into a pure form of carbon (coke), a necessary ingredient in steel. Coal is also used as an important energy source in cement production and the coal combustion product fly ash is an important ingredient in manufacturing cement and throughout the construction industry. AREC extracts, processes, transports, and sells met coal and its related product, pulverized coal injection (PCI), which is also used in steel production.

AREC occupies an enviable niche in the sector as one of the few companies with the ability to scale through focusing on organic growth, as well as expansion through mergers and acquisitions. “Our expertise in setting up efficient operations throughout quality coal assets and running them very lean and efficiently which enables us to have a significant growth opportunity,” AREC CEO Mark Jensen told BOSS during a recent sit-down with the firm’s leadership team. “We continue to expand our business rapidly, where other, bigger companies have been burdened with too much debt on their books, way too much corporate overhead, and aren't nimble enough to take advantage of the market opportunities that they’re presented with.”

Those market opportunities center around infrastructure development. “Coal is an essential resource in modern day society for development. There's never been a society that has developed with intermittent power,” Jensen stressed. With a world built on and from steel and cement, the global need for coal is inescapable. India, for example, is expected to become the world’s largest importer of met coal as soon as next year. Anywhere there’s a need for met coal, AREC is highly likely to be there as a growing supplier.

“The unique thing about American Resources is that we are management founded,” Jensen clarified. “We were with the company from its inception, and we created the business model to capitalize on this growing marketplace and the demand for the product we produce. It was based on looking at the landscape that we operate in today and asking, ‘How can we do it better, more efficiently, more productively, and most importantly, more safely?’”

Triumph of the Turnaround Team 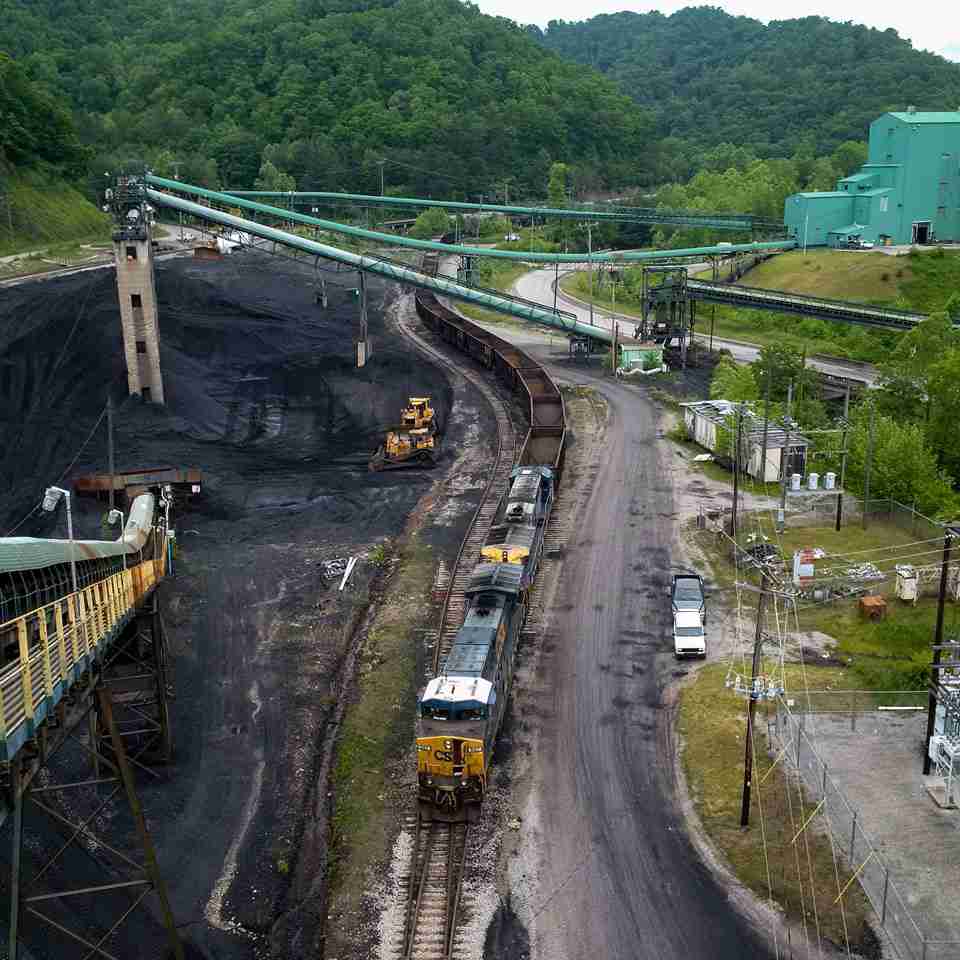 In 2015, the firm established a wholly owned subsidiary, Quest Energy, Inc. as it began a series of strategic acquisitions. Those efforts have kept revenue numbers growing year-on-year. Rather than purchasing active companies, AREC prefers to purchase the assets of struggling firms. “What has enabled us to be successful in our acquisition strategy is first and foremost our integration policy. When we acquire assets, we integrate them from day one so that they operate under our philosophy, our processes and procedures, and our culture,” Jensen said.

Unlike legacy mining firms with heavy debt loads that lack the agility to change course with market fluctuations, AREC survives and thrives through the peaks and troughs. In up markets, leveraging their infrastructure and asset base to generate cash is the focus. In down markets attention turns to identifying quality assets of operators that may be struggling with a higher cost structure.

“We grow our revenues post-acquisition when we bring these mines back online. We restructure them, cut costs out of them and then we start them back up,” said the CEO. “Today we have such an asset base of minerals that we can continue to expand our business from a revenue basis year-over-year two to three times based on historical revenue. Our ability to continue this revenue growth is already built into the business, we already own those assets and now those mines that we own today are being brought online.”

Faced with a limited amount of growth in the industry, AREC positions itself to be on its forefront. While large industry players weather bankruptcies and focus on returning cash to their shareholders, AREC stays committed to growth. “We’re operating today on six mine permits out of roughly 40 (that we currently hold). To bring that next mine into production is not going to cost us hundreds of millions of dollars; it's going to cost to $3 million,” Jensen posited. “We have a portfolio of assets that we can do that with, so we have the ability to scale at a lower cost than our competitors and bring that growth to our shareholder base.”

AREC’s 2016 acquisition of a former James River Coal asset, McCoy Elkhorn Coal in a 363 bankruptcy sale, “is a testament to who we are and how we do things.” The $150 million thermal coal complex was losing about $18 million annually in cash flow. “We shut it down entirely, restructured it to a metallurgical coal play, and we were able to stop that cash burn out within six months,” Jensen recalled. By integrating the assets from Day One, cutting redundancies in labor and operations and running it as a lean operation, AREC turned the high-cost thermal operation into a low-cost, high-quality met coal producer.

Perhaps the most essential ingredient in AREC’s success is the people. “We're all fighting for the same goals and looking to achieve success not at the expense of one another but because of one another,” Jensen concluded. “When everyone is helping the person next to them and helping the company be successful, then we all win together. It's really true that the sum of the parts is more than the individual pieces.”

American Resources Corporation is a supplier of raw materials to the rapidly growing global infrastructure marketplace. The company’s primary focus is on the extraction, processing, transportation and selling of metallurgical coal and pulverized coal injection (PCI) to the steel industry. The company operations are based in the Central Appalachian basin of eastern Kentucky and West Virginia where premium quality metallurgical products are located.

The company’s business model is based on running a streamlined and efficient operation to economically extract and deliver resources to meet our customers’ demands. By running operations with low or no legacy costs, American Resources Corporation works to maximize margins for our investors while being able to scale its operations to meet the growth of the global infrastructure market.

As a key component to its operating strategy, American Resources Corporation places a high importance on being a diversified, low-cost metallurgical coal producer. As a result, the Company is able to successfully operate in all market cycles.

The Company is a growth-oriented business targeting both organic growth and acquisition opportunities of both stable operations and turn around projects with a high return on capital. The company currently has approximately 300 company & contractor employees. 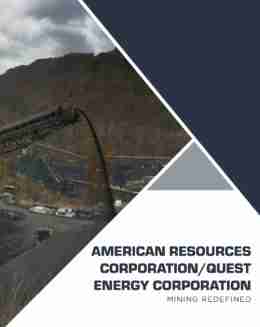