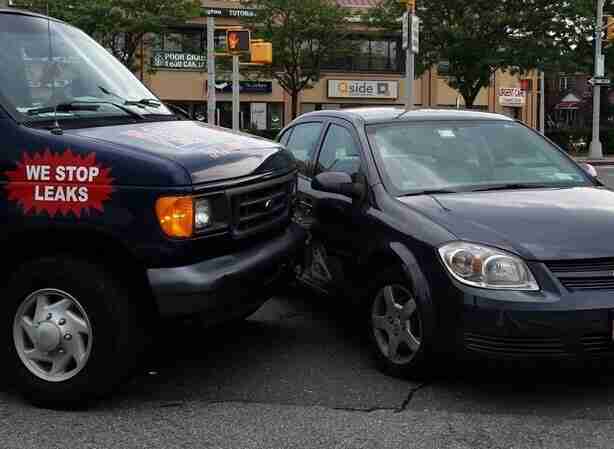 That’s perhaps because the employer may sometimes be held liable for resulting damages, especially if the driver was within the scope of their job at the time of the crash. An employee may also bear responsibility under some circumstances, especially if they were not conducting approved business when the accident happened.

In this post, we’ll help you understand matters of liability if you get involved in a crash with a company vehicle.

What to Do in an Accident While On the Job

When involved in an accident, the first rule is not to admit fault even when it seems obvious. Instead, as you wait for assistance, you need to take pictures and video footage of the scene, which can be used as evidence by the company lawyer in case of a lawsuit. Once help arrives, take advantage of the first aid offered on-site and ensure you visit the ER.

It does not always mean that the company driver is at fault. There are times when the responsibility lies with the other driver or a third-party such as the automaker.

If you have injuries inflicted by a negligent driver who causes an accident in San Diego, you are eligible for compensation. However, pursuing compensation can be complicated, so you may need to talk to a car accident attorney based in San Diego to help you with the process.

Situations Under Which the Employer Is Held Responsible

“Respondeat superior “is a Latin phrase meaning “the superior should answer.” Under this theory, the employer bears responsibility for accidents caused by their employees when engaging in activity within their scope of work.

Even in situations where “respondeat superior” may not apply, the employer may still be held liable for an accident if the claimant can prove that the employer was negligent.

A good example is if an accident results from a drunk company driver, while the employer knew that the driver had a history of DUI. In such a case, the employer could be said to have acted negligently.

Other circumstances that point to employee negligence include failure to train the employee on proper vehicle handling, failure to follow set regulations for maximum driver hours, and failure to maintain company vehicles per the schedule.

When the Employee Can Be Held Liable For the Accident

An Activity Not in Their Scope of Employment

If the accident occurs when the driver is engaged in an activity not part of their assigned duties, they will be personally responsible for causing the accident. Examples of activities not in their scope of work include running personal errands and driving to or from work.

An employee may also be held personally liable for an accident if the accident results from willful misconduct. For example, if an employee intentionally hits another vehicle in a fit of rage.

A driver is an independent contractor if they use their vehicle to do the job, are free from the employer’s control, and have a separate office at a location not at the employer’s premises.

Irrespective of who is responsible for an accident, victims of an accident are eligible for compensation. A fair payout must adequately compensate for economic and economic damages. Under some circumstances, the victim may also recover punitive damages if there is evidence to prove gross negligence as a cause of the accident.