Apple’s offering both high-tech and low-tech answers to collecting large samples of data for health care researchersWith its release of the Apple Watch and the...

With its release of the Apple Watch and the device’s health-related tools, Apple is delving into the realm of collecting DNA and other data to, ostensibly, enhance the ability of healthcare providers to improve diagnoses and deliver improved care options. While those goals have merit, there is an Orwellian element to consider as well. The question becomes, will the data be used as advertised? 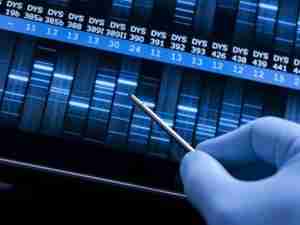 How Will Data Be Collected?

At this point, Apple is collaborating with health researchers to launch apps based on the ResearchKit platform. According to Antonio Regalado, Senior Editor of Biomedicine at the MIT Technology Review, the first app released by Apple—that tracks symptoms of Parkinson’s disease—was downloaded by thousands of people within a few days. This could potentially support valuable research efforts into the progression of the disease.

The collection of DNA is a little less high-tech: it requires those interested to spit in a cup and send the DNA sample to an Apple-affiliated lab. Several companies including Google, direct-to-consumer labs, and even the U.S. government are interested in collecting millions of samples of DNA. Why? This could potentially help scientists and researchers uncover clues about the cause of diseases.

“Apple launched ResearchKit and got a fantastic response. The obvious next thing is to collect DNA,” says Gholson Lyon, a geneticist at Cold Spring Harbor Laboratory, who isn’t involved with the studies. 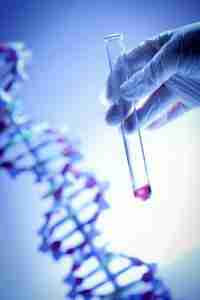 Who Will See the Data?

Apple has repeatedly stated it will only collect data for dissemination to research partners. Increasingly sophisticated software will, in the future, allow academics and industry researchers to mine the data for a variety of studies. Hospitals and other healthcare providers will, theoretically, have the ability to quickly access stored data as a tool for speeding up and individualizing patient treatment.

With the increased data availability, scientists engaged in genomics would reap considerable benefits, as they would have a broad range of information at hand. There is certainly a valid argument that medical research would be simplified by the collection of data in this manner. Genetic studies are key elements of research into diseases and other health issues, but where will the boundaries for who has access be established?

At What Point Does Data Collection Become Dystopian Rather Than Utopian?

Hospitals and physicians have been loath to share data in the past, as doing so has been viewed as compromising the privacy of patients. With the apps from Apple, as well as similar ones from Google and Microsoft, individuals are encouraged to provide data willingly. That is seen as differing significantly from data being surreptitiously mined. Compilation of mega-databases is touted as a boon to researchers and care providers, but there are those who portend unforeseen consequences of collecting such a vast array of data.

The apps currently considered do not fully map an individual’s condition or health history, but rather look for specific medically relevant elements. At the same time, labs participating in DNA collection will also only be looking for information relevant to disease study. However, this is an initial threshold and could change as technology evolves and more institutions become involved.

“The future lies in deep statistical analysis, also called deep learning, which will be used to find more profound patterns that relate elements in genome to cellular activities and disease,” said Brenden Frey, a researcher at the University of Toronto.

That suggests researchers will want access to additional, more complex data as it is made increasingly accessible. This is, understandably, a concern for privacy advocates who see the potential for misuse of information, especially with questions related to the security of data storage in the cloud. There will almost certainly be challenges to the use of specific data in the future, but the breadth of potential issues is yet to be fully identified. 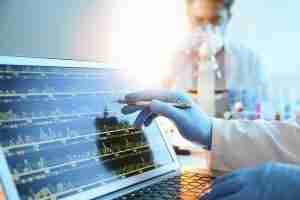 Will iPhone Users Utilize the Apps?

While initial responses are positive, it remains to be seen if a significant number of iPhone users will voluntarily submit the information needed to make the current apps statistically valuable. While there are advantages to providing data, there are also privacy concerns involved. Without widespread adoption of the apps, the benefits could be minimal. Users will have to see a personal value and be assured there is no threat to their privacy if long-term benefits are to be seen.