Technology is capable of doing great things, but Apple CEO says it takes us to achieve it.

Technology is capable of doing great things, but Apple CEO says it takes us to achieve it.

During his speech, Cook focused mainly on his concern about technology’s dehumanizing aspects.

“I’m not worried about artificial intelligence giving computers the ability to think like humans,” said Cook.

“I’m more concerned about people thinking like computers, without values or compassion, without concern for consequence.”

Social Responsibility in the Tech Industry
Much of what the Apple CEO said touched on a newfound sense of social responsibility that comes with the territory of navigating within a technological society. Those who program the machines must maintain a sense of awareness on the matter, and its potential impacts.

Cook spoke highly of the benefits of new devices and social media advancements but cautioned that the same technology carries many downsides. While it brings many together, technology can also divide them through security and privacy violations.

To the Apple CEO, technology will do nothing beneficial for our society without the influence of human knowledge.

A great example is technology’s potential to solve some of the biggest problems plaguing humanity today. While machines have the ability to achieve this they cannot do it all on their own, human intervention is vital.

Refocusing a Sector’s Vision
The Apple CEO also talked about an issue that often happens where a developer mainly focuses on the features and physical aspects of a new piece of technology. Long-term consequences—like users’ security—are ironically not considered when developing a new device.

Most times, developers focus more on making technology easier to use and inadvertently facilitate the way for hackers to wreak havoc through a botnet potentially.

The issue holds such importance to him that he even spoke with Pope Francis about it last year when the Apple CEO sought religious guidance.

Cook also credits Pope Francis for reinforcing his sense over our social responsibility to use technology wisely.

“Never has humanity had such power over itself. Yet nothing ensures that it will be used wisely,” said Francis to Cook. 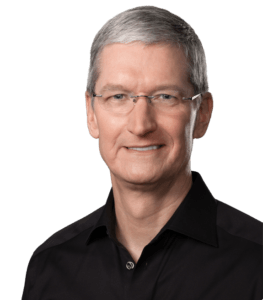 Considering Automation’s Impact
The Pope’s advice resonated with the Apple CEO enough for him to incorporate it into his speech for the MIT graduates. It is a fitting topic during a time when tech leaders are expressing their concern over automation’s rise causing job loss at a potentially devastating rate.

Universal basic income is a solution that several tech leaders have suggested because they believe it would fill the financial gaps for those losing their jobs to automation.

Choosing to instill humanity into the tech world will inadvertently change perspectives for developers. Cook is doing his part by pointing these MIT graduates in the right direction.

Considering these graduates have been shaped by an institution that pioneers in sectors like robots and computers, they certainly have the platform to set the tone for new generations of tech leaders entering the workforce.