Andrew Alexander makes his own distinctive mark on the comedy industry

Comedy producer operates behind the scenes to create comedic success

Comedy producer operates behind the scenes to create comedic success 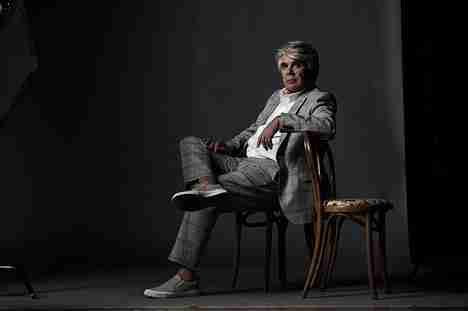 However, one notable comedy professional traveled a decidedly different path to success. Celebrated comedy producer Andrew Alexander has worked with dozens of rising comedians who later went on to headline national stages and star in television and film hits. Alexander has also successfully collaborated with major television networks and film studios over his decades-long career.

And yet, Andrew Alexander remained off the comedy stage himself. During his almost 50 years in the industry, he focused solely on sharing live comedy’s infectious energy with highly appreciative audiences across the United States, in Canada, and beyond.

Embarking on the Journey

Andrew Alexander hails from London, England, but he traveled to North America for his college education. Specifically, he studied at Indiana’s Tri-State College and Toronto’s Ryerson University.

Following his college years, Alexander worked at a succession of jobs while trying to find his career direction. He tried stints as a magazine editor, a tree salesman, a cab a waiter, and even a cab driver. Although none of these jobs particularly inspired him at the time, he later noted that the positions collectively influenced his comedy industry work.

Entre into the Comedy World

During the mid-1970s, Andrew Alexander unexpectedly discovered the comedy connection that would ignite his professional career. Improv comedy had begun to carve out its own niche, especially in its origin of Chicago, and one evening Alexander found himself in the audience at a comedy venue taking in the unscripted, outrageous energy.

As he watched the performers execute lightning-fast, reflexive routines on stage, Alexander felt a visceral connection to the highly creative ensemble. He wanted others to feel this inspired energy, which he thought would help to improve their lives in some way. He was on to something…he just had no idea how significant it would turn out to be.

Taking Comedy in a New Direction

Returning to his Toronto home, Andrew Alexander took bold steps to realize his creative vision and continue to bet on the power of improv. During the 1970s, Andrew Alexander assumed ownership of The Second City in Toronto, where his leadership shepherded an emerging brand of comedy.

As Alexander’s comedy prowess flourished, he and his business Len Stuart expanded their interests. They launched The Second City Entertainment Company in 1976, a venture that developed the landmark Emmy-winning sketch comedy television program, SCTV. And in 1985, the dynamic team took over the reins of The Second City Chicago.

After making a positive impact on Toronto’s comedy scene, Andrew Alexander came back to Chicago to continue to build on his success. He was happy to return to the city in which he had found his enduring love of improv.

Over time, he elevated the status of The Second City Chicago to an in-demand comedy hot spot. The company’s storied stages welcomed countless up-and-coming comedians who were versed in the art of improv, loved performing for nightly audiences,  and were hoping to transfer their talent to the all-important national stage by seeking their big break in comedy.

Under Andrew Alexander’s purview, The Second City Chicago has played a key role in the growth of North America’s comedy scene. The company operates multiple theaters boasting several resident stages, as well as world-famous improv training centers that welcome thousands of students annually from all over the globe. Both of these performance avenues have helped advance many comedians’ careers during the past several decades, as countless alumni of the institution have found success as actors, stand-ups, writers, directors, producers, and more over the last several decades.

In addition, The Second City (the company) supports United States and Canadian comedy productions. The company is known for its excellent shows, many of which have earned much-coveted industry awards.

In fact, many talented and renowned performers have graced the stages of Andrew Alexander’s live comedy theater productions. Quite a few of these comedians later appeared in national performance venues and headlined television and film screens. Iconic comedian John Candy, along with original Saturday Night Live luminaries Gilda Radner and Dan Aykroyd, were among the comedians who found their first taste of national acclaim in the 1970s.

Along with nurturing many rising comedians’ careers, Andrew Alexander also played a key role in award-winning television programs, often serving as the show’s developer and executive producer, a perfect match for his production expertise. Over the years, this producer’s reputation for quality work has positively influenced the entertainment industry’s creative direction.

As Andrew Alexander’s business circle widened, he began splitting his time between Chicago and Los Angeles. The world-renowned Pacific Coast entertainment hub provided him with a wide range of creative opportunities. Typically, he developed content and managed production for numerous television programs and films.

Alexander’s much-admired ability to develop a rapport with comedy audiences spurred multiple entertainment companies to inquire about working with him. He frequently partnered with nationally known media organizations and production studios.

While moving in exclusive entertainment circles, Andrew Alexander kept a firm hand on The Second City’s comedy endeavors. He managed the organization’s touring companies while also devoting time to a profitable corporate consulting and entertainment arm of the business.

During an entertainment industry career that spanned nearly five decades, Andrew Alexander has been on a first-name basis with top-tier media partners and comedy stars. He has helped develop many successful comedians’ careers. Known for his steadfast devotion to excellence, Alexander has earned awards and praise from many prestigious organizations.

During Andrew Alexander’s time in Toronto, he added a rich new texture to the city’s comedy scene. By attracting talented comedians, he helped to enhance the venues’ appeal and contributed to the larger entertainment community’s growth.

The Toronto comedy community recognized Andrew Alexander’s many contributions. He was the recipient of the Gilda’s Club Gilda’s Magic Award, and he also served as Chairman of the Gilda’s Club Toronto Honorary Board. Named for the late Gilda Radner, Alexander is proud to be associated with the legacy of his courageous and beloved friend.

The Canadian Comedy Awards presented Alexander with its Chairman’s Award, and he served on the Board of Directors for the Canadian Walk of Fame. In 2018, he received Canada’s most coveted honor, the Governor General’s Performing Arts Awards for Lifetime Artistic Achievement Award. Alexander accepted the award during an annual ceremony at Ottawa’s Rideau Hall before he and his fellow laureates were celebrated the following night with a star-studded gala at the National Arts Centre.

Several Chicago comedy industry groups and regional business partners recognized Andrew Alexander for his contributions. After serving as a League of Chicago Theatres’ Board member, Alexander received the organization’s Artistic Leadership Award in 2009. Also during that year, he earned the Chicago Tribune’s Chicagoan of the Year award.

In 2008, Andrew Alexander created a charitable alumni fund to support entertainment industry workers and actors facing economic hardship or illness. Since its inception, the fund has raised over $1 million in donations. Over the years, Alexander has also made contributions to groups with similar missions.

Alexander’s June 2020 retirement marked the formal end of his illustrious comedy and entertainment industry career. However, his contributions will help to positively impact the industry for many decades.