Standing the test of time

Have American manufacturing companies lived through times like the ones we’re living through? Yes, and worse.

Have American manufacturing companies lived through times like the ones we’re living through? Yes, and worse.

As fallout from the pandemic and the SolarWinds cybercrime continues to throttle American business, 2021 is setting up to be another white-knuckle ride for manufacturers. Deloitte’s 2021 manufacturing outlook points to a slower than anticipated recovery, projecting a drop in annual manufacturing GDP growth levels of -5.4% for 2021.

Lest you think there’s little comfort in this winter of our collective discontent, we’re taking a hopeful look at some of this country’s most enduring manufacturing companies. They’ve weathered it all: pandemics, wars both civil and world, financial collapses, political instability, labor woes, and social upheaval, and they are still plying their trades today. At a time when optimism is stretched tissue-thin, a look at these legacy leaders who survived the darkest days may be just the spirit-lifter we need.

Printing your own money is a bad idea, but for Crane and Co., printing the paper that becomes currency is at the heart of their longevity. Massachusetts entrepreneur Stephen Crane purchased Liberty Paper Mill in 1770, counting Paul Revere as one of the earliest customers. Revere used Crane paper to print the colonies’ first paper money, and in 1879 Crane began exclusively supplying paper to the US Treasury. In addition to producing banknote paper, the firm would gain a global reputation for creating elegant, 100% cotton writing papers and stationery.

A long list of luminaries choose Crane papers for their signature statements, from the Golden Gate Bridge inaugural invitation and sympathy cards from Jackie Kennedy, to the Queen Mother’s 100th birthday invitations and Jimmy Fallon’s cheeky thank you notes. A subsidiary of Mohawk Fine Papers since 2018, Crane and Co. is still located in the Berkshires, remains the sole supplier of banknote paper for the Treasury, and continues to create papers that are beautiful, functional, and sturdy enough to last being passed through millions of hands over decades. (Here’s a gem for your trivia file: According to the US Currency Education Program, it takes 4,000 forwards and backwards folds to tear a banknote. (A puppy can do it in about 5 seconds, though.)

The desire to create communities of like-minded souls fabricated our nation and one of our most prominent manufacturers. Publisher Samuel DuPont and his son, chemist E.I. DuPont, fled France to build a community of exiles from the French Revolution in America. In a certain light, the DuPont origin story bears some similarities to the dilemmas faced in modern political times, absent an actual guillotine.

Father and son were supporters of the French Revolution until their views changed, as political views are wont to do. In their turnabout, they helped Marie Antoinette and Louis XVI escape the storming of Versailles, protested the execution of the king, and clashed with revolutionaries who did not take kindly to their more moderate political views. E.I. DuPont, a gunpowder maker, studied chemistry under Antoine Lavoisier, the legendary co-author of the periodic table of the elements. Lavoisier’s fortunes were not as favorable as the DuPonts’; his head rolled in 1794.

In 1799 the family sailed to America, where E.I. honed his reputation as an inventor and scientist. According to DuPont’s company history, E.I. “broke ground for his first powder mills on the Brandywine River on July 19, 1802. He spent the remainder of his life persevering through accidents, floods, financial straits, pressures from nervous stockholders, and labor difficulties.” His work as a Director of the Farmers Bank of the State of Delaware and the Second Bank of the United States stands alongside his efforts to alleviate poverty, support public education, and help the blind.

The company would continue on its own revolutionary path, shepherding a seemingly endless list of scientific breakthroughs that formed a platform for progress, among them neoprene, nylon, Teflon, Mylar, Kevlar, Tyvek, and too many other advancements across disciplines to list. After merging with Dow Chemical in 2017, DuPont became a separate publicly traded entity. It remains one of the world’s largest chemical companies in the world. 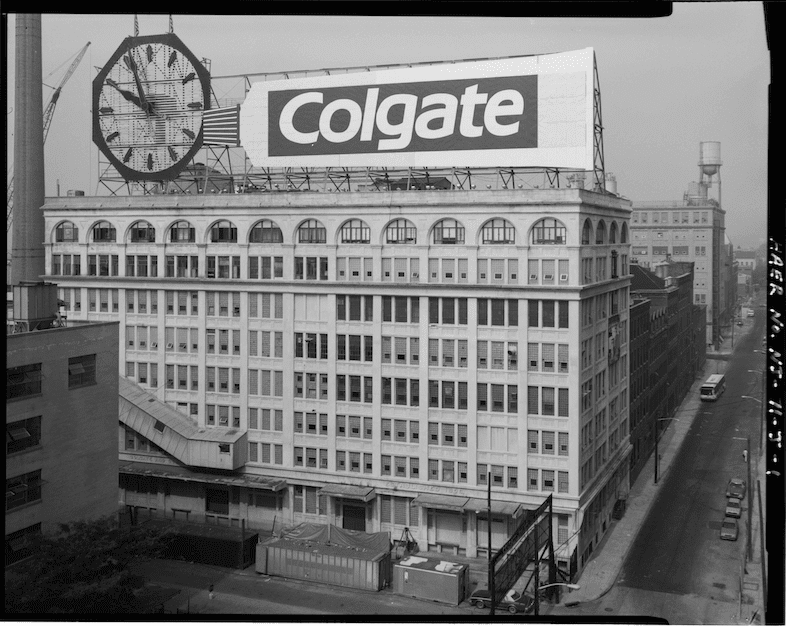 William Colgate started his New York-based business selling soap, starch, and candles years before the toothpaste that would create his company’s dazzlingly bright future. Son Samuel would lead the firm after William’s death in 1857, adding perfumed soaps and essences to its personal care business. 1873 marked the debut of Colgate’s canned tooth powder, followed by toothpaste in a tube in 1896. By its 100th anniversary, the company boasted 800 different products to its name. In 1900, Paris swooned over Colgate’s perfumes and soaps at the World’s Fair, awarding the company top honors.

Colgate’s brilliance relies in part on savvy acquisitions over the years. The careful interconnections resemble their own industrial-style soap opera, but one that has made today’s Colgate-Palmolive the fifth-largest consumer goods company in the world. Days of Our Buys goes like this: The B.J. Johnson soap company created and manufactured Palmolive soap in 1864 and shortly thereafter acquired the makers of Cashmere Bouquet, the first milled scented soap, to become the Palmolive Peet Company. In 1928, the two companies joined to become the Colgate-Palmolive-Peet Company. (Peet fell off the brand name in 1953. For the record, Peet was unrelated to Peet’s Coffee. Since early morning routines often involve soap and caffeine, that’s probably a good thing.)

Shaving and deodorant innovator Mennen, which developed shaving cream in a tube in 1912, became part of Colgate in 1992. In 1972 the company acquired Hoyt Laboratories, which became Colgate Oral Pharmaceuticals. Four years later, Hill’s Pet Nutrition, established in 1928, entered the mix as part of Colgate’s diversification efforts. Today, Hill’s is the leading pet nutrition and veterinary recommendation provider in the world. In 1987, Softsoap slid away from the Minnetonka Corp. and as part of Colgate became the global leader in liquid hand soap. The aughts brought Europe’s Sanax personal care and GABA oral care under the tent, as well as Tom’s of Maine, Hello Products, and anti-aging skincare brand Filora. All together, Colgate sells its products in over 200 countries and territories, operates six divisions, and has 50 manufacturing and research facilities around the world. 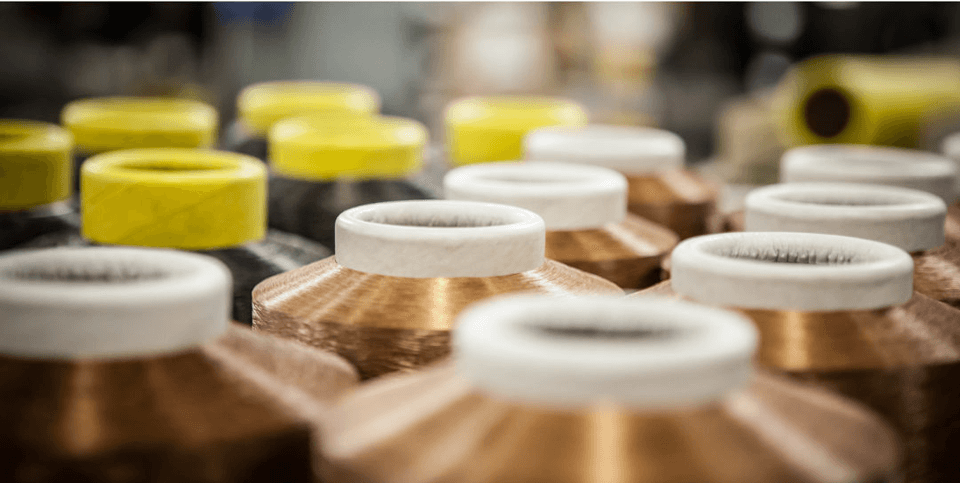 Just 8 miles south of Cincinnati in Covington, Ky., you’ll find a textile manufacturing firm that’s been in business for 203 years and has been owned by the same family for seven generations. Company founders John and Henry Pearce adapted cotton gin technology to make cotton manufacturing machinery. When trade blockades during the Civil War disrupted operations, they shifted to braiding candle wick. With World War II came the opportunity to manufacture parachute cords and other cotton goods, and the company produced 24/7 in support of the nation’s war effort.

A mere eight years later in 1950, the company pioneered the textile processing of glass fiber, shifting the firm into new heights of relevance. Remember that list of fiber innovations from DuPont? Atkins & Pearce works with Kevlar, Teflon, and other high performance substances to enhance their state-of-the-art textiles used in aerospace, automotive, electrical, medical, and military applications.

Candle wicks. Paul Revere’s “riding around” money. Nice smelling soap. The other, more unfortunate meaning of execution. From the simple to the sublime, concepts, skill sets, and the desire for freedom and choice will continue to inspire the nation’s manufacturers as they peer through today’s painful opacity to find better days. They are coming. They always do.