“The delicate balance of mentoring someone is not creating them in your own image, but giving them the opportunity to create themselves.” – Steven SpielbergAs...

“The delicate balance of mentoring someone is not creating them in your own image, but giving them the opportunity to create themselves.” – Steven Spielberg 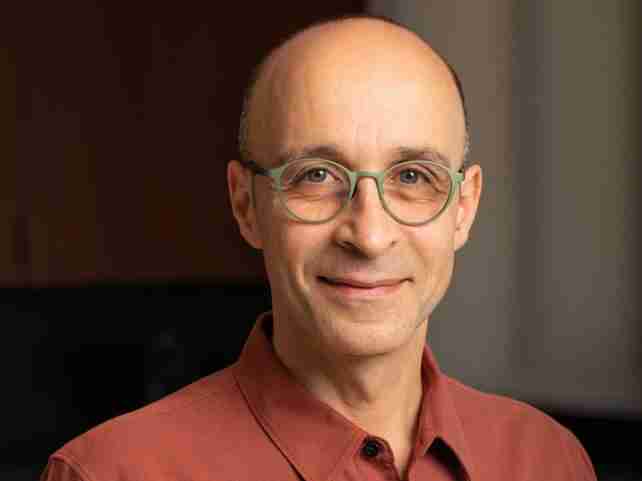 As we traverse the unpredictable waters of our professional careers, we come across many individuals. Some of these individuals leave lasting impressions, not just upon how we view the world but also on how the world views us. Only the truly blessed have mentors who nurture their skills and help discover the stepping stones for illustrious careers.

Amer Deeba is one success story in the software industry that was inspired by the mentorship of a visionary – Phillipe Courtot. A mentor and a true friend, Phillipe was one of those rare individuals who lead from the front. While he passed away in June 2021, Phillipe left behind a legacy that still inspires others.

Amer Deeba was introduced to his lifelong mentor while working as a software engineer at Verity. Courtot, the CEO of Verity, was quick to recognize Deeba’s talent and very early into their relationship, began encouraging him to get involved in tasks outside the ordinary scope of his work. “He started pulling me into customer meetings and product management work. He felt I understood customer needs and communicated well with them”.

Both soon parted ways, with Deeba eventually landing a job at Adobe – creating software such as Acrobat Reader – and Courtot finding himself as CEO at a payment services startup, Signio. At this juncture, Deeba was a decade into his career as a software developer and found himself searching for more. The search finally concluded when Courtot offered him a role on the business side at Signio. This was one of the most crucial milestones in Deeba’s career, as Courtot’s foresight enabled him to help create a rare skillset – someone who could write code and also sell products to customers who use that code.

Once Signio was sold to Verisign for $1 billion, Deeba became GM of payment and achieved many financial milestones for the company. Courtot, who had now moved to Qualys, a cloud computing company, once again recruited Deeba, who remained there for 17 years in several roles including Vice President of Corporate Development and Strategic Alliances and then the Chief Commercial Officer.

Courtot’s mentorship knew no bounds and Deeba has often credited him for his success after branching out into the business side of software. “I learned so much from him throughout the years: How to design and build a technology platform; How to run a business at scale; How to understand the customer’s point of view; How to deal with competitors; How to market a product; How to view things not from the conventional angle but the correct angle. And much more”, he told Forbes in an interview.

A pioneer in the space of internet security technology, Courtot’s legacy continues through the Eduarte Courtot Foundation. Formed by Courtot and his partner Freya Eduarte, the Foundation focuses on expanding educational opportunities for impoverished children, with a strong emphasis on technology.

After Courtot’s passing, the foundation is now led by Freya Eduarte, with Amer Deeba playing an important role as a board member and the Middle East liaison. Deeba regularly seeks out opportunities to provide aid to schools.

“I’m pretty active in helping Freya in making decisions,” Deeba says, “and to create the programs that we feel passionate about to support children in the Philippines and Lebanon.”

The foundation operates in a unique fashion. Each member works on seeking out opportunities in their home country. This brings a sense of ownership and familiarity to projects, with Deeba and Eduarte devoting a significant proportion of their time to ensuring successful implementation. Members spend time fostering a relationship with the students who will ultimately benefit from the programs, keeping a close eye on progress, and joining in on their milestones. The aim is to create impact in a direct, immediate, and measurable way.

These are the words that adorn the ‘Mission’ page for the Eduarte Courtot Foundation. “We believe that education is the key to resolving social problems, and that technology is critical to success. We know that successful people are not only knowledgeable but also creative in solving problems. We envision a future in which every person has a purpose, and every child is given the opportunity to realize their full potential.”

The foundation has several ongoing programs in the Philippines as well as Lebanon. One of the first grants released went to the Santa Margarita School District in Samar, Philippines (a school Freya Eduarte and her family attended), aimed at providing children with access to technology. The Eduarte Courtot Foundation’s initial donation of 50 computers and 50 television screens prompted the district to invest more resources in aging buildings, as well as ongoing internet access and security personnel. This initiative also aligned with the previous work experience of the founding members, who all hail from tech backgrounds.

Deeba’s portfolio also includes overseeing a higher education grant for Marjeyoun National College and Collège des Sœurs des Saints Cœurs situated in Deeba’s idyllic hometown of Marjeyoun, Lebanon. The grant aims to mitigate some of the lingering effects of the economic crisis in Lebanon, due to which many educational institutes have closed doors and students find themselves without the necessary funding. The foundation supports educational initiatives by covering the cost of annual tuition and textbooks for over 60 students at each school.

“I do a lot of research and talk to a lot of these schools,” Deeba says. “Sometimes if I can go in person, I’ll go myself and visit. I talk to students and try to scope the opportunity. Then I come back with a proposal for the foundation, so that we can agree on it, and give them a grant.”

The foundation also made a generous donation to the Bebw’Shebbek initiative. This initiative was born in the aftermath of the mass explosion that took place in a warehouse in Beirut, wreaking havoc in the city, with approximately 300,000 people left homeless. Bebw’Shebbek aims to rebuild and replace damaged or destroyed doors and windows in Beirut.

The Eduarte Courtot Foundation aims to continue its mission of providing opportunities to children so that they can realize their true potential. The foundation believes that, “.. access to quality education is the key to resolving social problems, and that investment in education has an exponential effect.”

For those looking to donate, the foundation has set out multiple ways in which individuals can participate, maximizing the benefits of their gift. For more information, you can visit their website here.