Amazon has made another definitive advance in the retail revolution.

In the e-commerce giant’s much awaited brick-and-mortar grocery store, don’t expect any checkouts.

The company’s new Amazon Go app lets customers walk into the 1,800-square foot space, simply take what items are needed from store shelves, and just walk out, without ever having to stand in a checkout line.

And “just walk out” isn’t just a way of life, it’s an Amazon technology.

As Amazon describes it, “Our Just Walk Out technology automatically detects when products are taken from or returned to the shelves and keeps track of them in a virtual cart. When you’re done shopping, you can just leave the store. Shortly after, we’ll charge your Amazon account and send you a receipt.”

(In case you were concerned: if customers put an item back on the shelf they aren’t charged.) 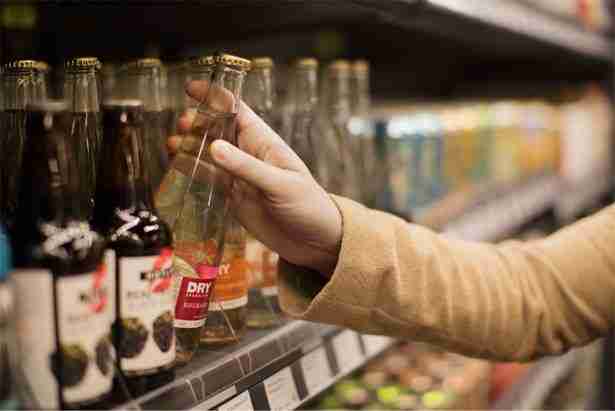 Did you know that cashiers are the second-largest occupation in the U.S., with 3.5 million folks employed according to the Bureau of Labor Statistics?

With Amazon Go, the company has eliminated the staff required to operate a store, which helps to keep costs lower than traditional competitors.

On average, shoppers buy groceries every week. This could spell massive opportunities for Amazon in the grocery sales realm, including tapping into the $795 billion food and beverage market.

Go is not the only brick and mortar store for Amazon to open. The internet giant has been steadily opening its bookstores called Amazon Books in different cities in the U.S., including Seattle, New York, Boston, San Diego and Chicago. It also has pop-ups at malls where it displays Amazon devices such as the Kindle.

Amazon has a unique advantage of being on the pulse of customers’ shopping habits—both online and offline—and can offer insightful solutions for shoppers. 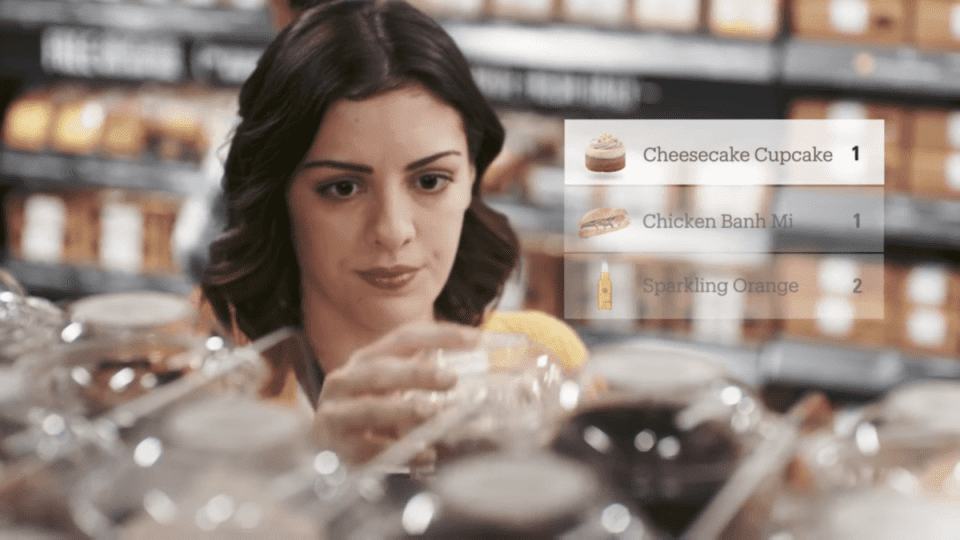 Walmart discovered that for every second it cuts from the checkout process in the U.S, it could save $12 million. The retailer therefore created a Walmart app to give customers the chance to scan items during shopping. The idea didn’t work: customers said it took too long to individually scan items.

While Stop and Shop’s customers have been using barcode scanning devices to calculate their total cart cost, this still requires a checkout desk to pay or give the scanner over to a clerk. Some stores offer self-checkout systems, but can still be a slower experience.

Meanwhile, Home Depot was relatively successful in implementing mobile and self-checkout features, such as in-aisle location. But the company suffered a data breach on its self-checkout stations.

In 2011, Apple introduced a feature on its Apple Store app, which lets customers pay for items at its stores without a cashier but customers are still required to manually scan the goods. 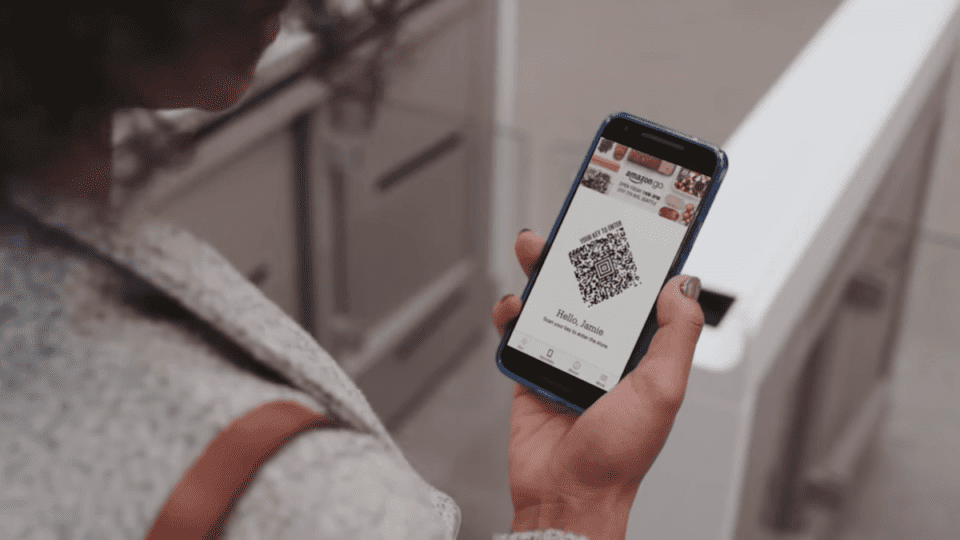 “If there were hundreds of these stores around the country, it would be a huge threat” to supermarket chains such as Wal-Mart and Target, said analyst Jan Dawson of Jackdaw Research.

If Amazon is successful with its Go app, the company will have succeeded in not only eliminating the checkout lines but also revolutionizing the entire buying process by automating it. 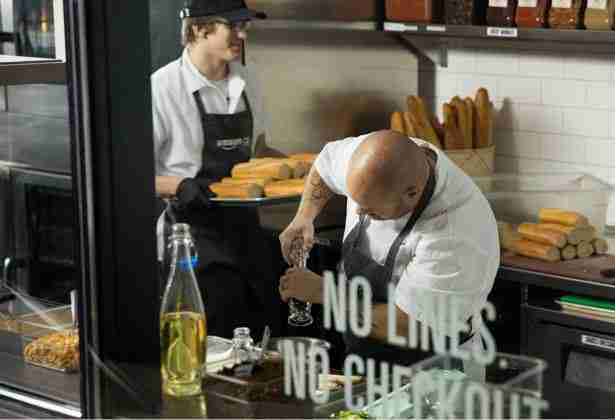 So what can you expect to quickly pick up at Go stores?

Freshly made, ready-to-eat meals—made on-site by chefs—as well as grocery staples—bread, milk, cheese, baked goods, and locally made chocolates—and chef-designed “Amazon Meal Kits,” containing all the ingredients necessary to cook up a meal for two in about 30 minutes.

These offerings are slated to establish Amazon Go stores as competition to fast-casual dining establishments and meal subscription boxes, alike.

And Amazon has already been in the grocery business nearly a decade now. It started AmazonFresh in 2007, a subscription service that offers quick doorstep delivery for online grocery orders.

In October, Amazon accelerated the expansion into e-grocery and introduced AmazonFresh to Prime members in Chicago and Dallas—the fifth and sixth markets added to the AmazonFresh service in 2016. This doubles the availability of AmazonFresh from 2015. 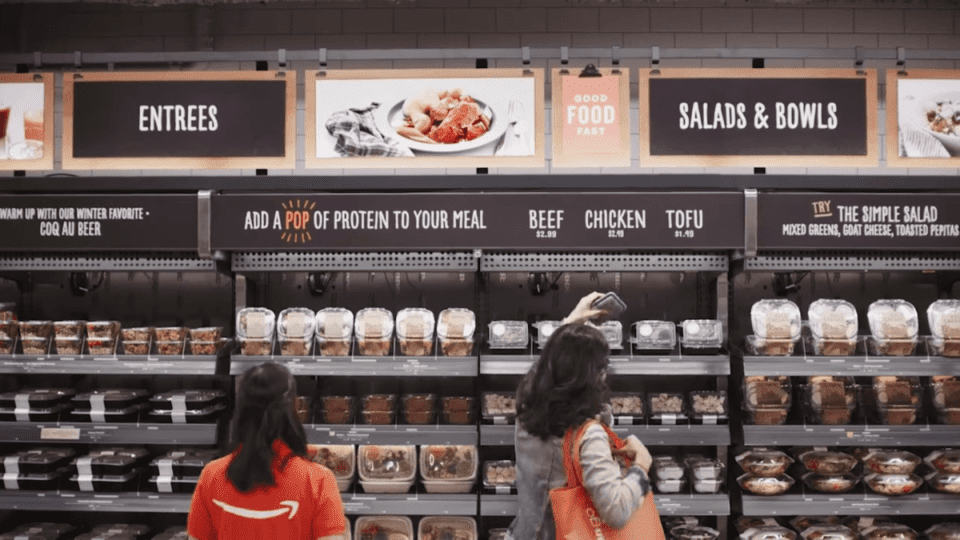 “This is part of its efforts to do everything possible to make the Amazon name synonymous with retail, whether it’s online or offline,” said James Cakmak, an analyst at Monness Crespi Hardt & Co.

When it comes to Amazon’s performance, the numbers speak volumes: the company is the leading e-retailer in the U.S. with a whopping $107 billion in annual sales in 2015 alone.

The first Go store is currently being tested with Amazon employees in Seattle and should open its doors to the public in early 2017.

So would you agree with Amazon that their new service is “the world’s most advanced shopping technology”?