Everyone has an opinion about drone technology: drones are invasive, drones are a danger to our privacy and security, drones could help us be more...

Everyone has an opinion about drone technology: drones are invasive, drones are a danger to our privacy and security, drones could help us be more secure—the list goes on. Amazon has been banking on the idea that drones could service a faster delivery time for some of its packages, but that too has been met with much resistance and controversy, particularly by the U.S. government. 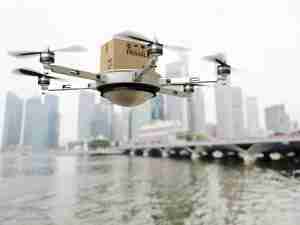 Testing drone technology in the U.S. is difficult. It can take months to get the proper approval, and even then the restrictions have all but knocked Amazon’s plan for delivery out of contention. Although Amazon received approval to test the technology in rural Washington from the Federal Aviation Authority, the U.S.’s aviation regulator, the green light came too late: six months later, the drone model Amazon filed for the approval with was already obsolete.

U.S. drones must be flown by operators with a pilot’s license. Drones cannot be operated if the pilot cannot directly see it all times. These are just a few examples in a litany of other restrictions. But Canada has provided an environment that seems to welcome the testing to its shores and borders.

“We are rapidly experimenting and iterating on Amazon Prime Air, working to make it a reality,” said Amazon spokeswoman Kristen Kish.

Amazon hopes to deliver packages of under 2.3 kilograms in 30 minutes or less using its Amazon Prime Air autonomous drones.

Drone Testing for (Almost) All

Amazon began testing their delivery drones at a secret location in British Columbia in January of this year, just a few weeks after it asked for the approval to do so from Canada’s Transport organization.  Transport Canada says it aims to process applications within 20 working days—much faster than the U.S.’s six-month wait. 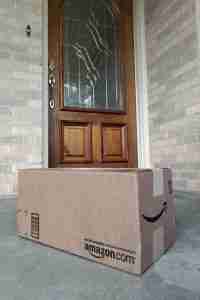 This isn’t a recent move by Canada’s government either—the country has been assigning permits for drone testing for the better part of a decade, and gave out over 1,600 permits in 2014. The U.S. only started this process last fall, only assigning a handful.

In Canada there are ways to test drones that aren’t within the direct line of sight of operators: Amazon obtained its own private, restricted airspace in B.C. This could be a big breakthrough for the company, provided that regulations in the country it plans on operating drones in could look past it traveling outside of the operator’s line of sight.

“It’s a great win for Canada,” Angela Schoellig, a drone researcher at the University of Toronto, said when asked about the country’s proliferation of drone testing in recent months. She and her colleagues at Massachusetts Institute of Technology have been stymied twice in the U.S. in their efforts to conduct drone tests and research in the U.S. Fortunately, Canada has allowed the team to do their outdoor tests.

“In Canada, it’s mostly about safety,” she said. “If you show that you know what you are doing, it’s very likely that you’ll get a license.”

Diane Cooper, an Ottawa-based lawyer who specializes in drone regulation, shared with CBC News that several prospective clients in the U.S. and Europe have been inquiring into drone regulations in Canada, trying to figure out what kind of testing their companies can do and how to set up testing.

This advantage Canada has over the U.S. could create a small industry boom with drone companies in the country. With the more open regulation and a similar climate to much of the U.S., Canada will be the place to be for many small tech companies looking to perfect their drone design.