Amazon will pay $13.7 billion in cash for Whole Foods Market Inc., the largest deal in the Amazon’s history.

Amazon will pay $13.7 billion in cash for Whole Foods Market Inc., the largest deal in the Amazon’s history. 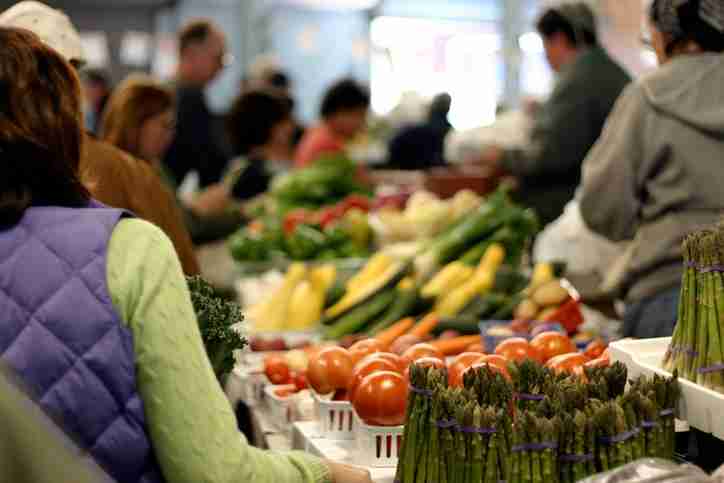 Amazon has made a deal to buy Whole Foods Market Inc. for $13.7 billion as the internet retail giant makes stronger efforts to shift into the food and beverage industry.

The deal—set to close in the second half of this year—states that Amazon will pay $42 a share in cash for Whole Foods Market Inc., making this by far the largest deal in Amazon’s history.

The announcement has not only left consumers reflecting how powerful the online retail giant has become, but how this deal will bolster Whole Foods Market Inc.’s value as well.

Amazon did not just buy Whole Foods grocery stores. It bought 431 upper-income, prime-location distribution nodes for everything it does.

If I ran a supermarket that’s not Whole Foods I’d be scared out of my mind right now.

A Look at Whole Foods
Whole Foods Market Inc. opened its first store back in 1980 in Austin, Texas. The organic-food chain now has 465 stores in North America and the U.K.

“Whole Foods Market has been satisfying, delighting and nourishing customers for nearly four decades,” said Jeff Bezos, Amazon Founder, and CEO. “They’re doing an amazing job, and we want that to continue.”

Amazon says Whole Foods Market Inc.’s Co-Founder John Mackey, will remain the CEO and that the headquarters will stay in Austin. Additionally, Whole Foods will continue to operate under their brand and products will still be sourced as coming “from trusted vendors and partners around the world.”

Whole Foods released its most recent earnings report in May. “Our business is strong with record revenue of $15.7 billion, and over $1 billion in operating cash flow in 2016,” said Mackey at the time of release.

However, this year has not gone smoothly on all fronts for Whole Foods Market Inc. with activist investor Jana Partners buying nearly nine percent of their stock in hopes that the grocer would make changes to boost its value.

Jana Partners’ actions led to friction with Mackey who vocalized his differing views and goals for Whole Foods Market Inc. during an interview with Texas Monthly .

Amazon considered a takeover of Whole Foods Market Inc. last fall. However, it was not until this week that Amazon moved forward with it. It stands to reason that Jana’s recent actions were part of the reason behind Amazon’s purchase. 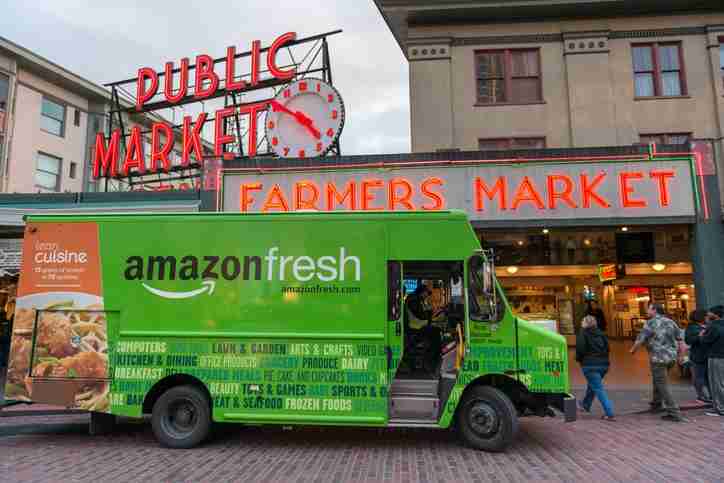 The Seattle-based online retail giant has been trying to transition into the grocery industry for years successfully. They have extensively invested in their Fresh grocery delivery business, but being that it exists exclusively online their share of the market is limited.

Because of challenges like consumers wanting to pick their produce and the need to deliver frozen, perishable, and fresh groceries to people’s homes, online retailers have had a harder time making it in the food and beverage industry.

The online retail giant has recently tested the concept of brick-and-mortar grocery shops—including two AmazonFresh Pickup locations in its hometown—in efforts to grab a bigger piece of the $600 billion consumers spend on food and beverage annually.

It is because of these hurdles that Amazon has pursued Whole Foods Market Inc. and its 450 locations—approximately. This deal would give Amazon a much bigger and stronger platform to reach food and beverage consumers.

Amazon Sets Sights On Slack
Not only is Amazon looking to dominate the food and beverage industry, but the software industry as well through its proposed $9 billion acquisition of corporate chatroom startup Slack Technologies Inc.

If Amazon acquires Slack, it will be the company’s second-largest purchase, only second to their purchase of Whole Foods Market Inc.

Considering Slack has four million daily active users as of last October, it is easy to see why Amazon would seek it out to compete with Google and Microsoft.

Their interest in Slack is another step in Amazon’s plan to further embed themselves into the daily life of consumers. They continue to progress in their goal as they expand their business and develop its multi-faceted services. The proof is in their expansions in the food and beverage industry, their music and video streaming service, delivery service, photo storage, and Echo—the company’s voice-controlled speaker—which makes it even easier to order from their website.

LinkedIn CEO Jeff Weiner summed it perfectly when commenting on why Amazon is so impressive recently:

Only 1 company on earth can buy grocery chain, be rumored to buy enterprise software company & in both cases be lauded for strategic vision