After 18 years in the Cayman Islands, Albert Voaden had thoughts about returning back to the mainland. However, the Canadian financial analyst has decided that...

After 18 years in the Cayman Islands, Albert Voaden had thoughts about returning back to the mainland. However, the Canadian financial analyst has decided that being in paradise has its perks.

Albert Voaden has developed an incredibly successful investment strategy. By leaning into a few foundational concepts, he’s crafted a strategy that has allowed him to build a portfolio that has consistently outperformed the S&P 500. 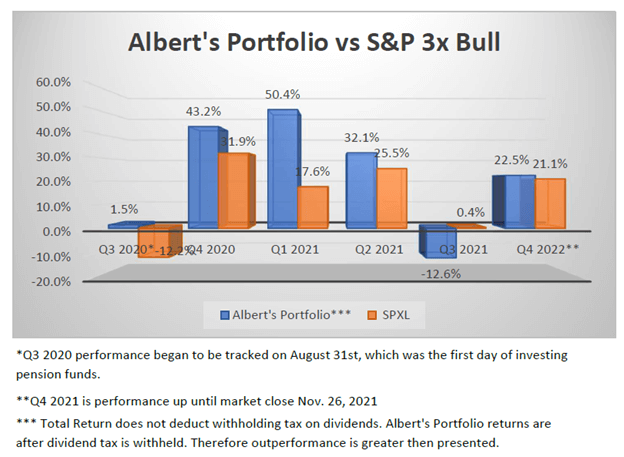 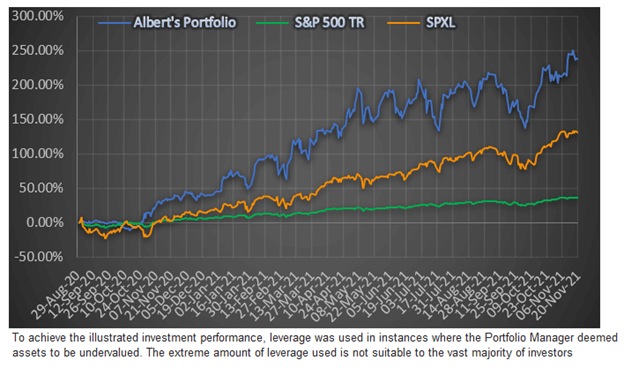 Too many portfolio managers think that outperforming the market means moving in and out between equities and cash. That’s where they are mistaken. People who think they can predict short-term movements in the market eventually wind up missing out on gains. A better strategy is rotating from overpriced stocks and sectors into stocks and sectors that have been heavily discounted.

As Albert Voaden puts it, he gets “shivers” when he hears a financial advisor give the same tired advice of “buy high, sell higher.” Unless you’re talking about a company like Tesla, eventually a business’s financial statements will play a factor in limiting its stocks’ upward trajectory.

Buffet was successful because he picked undervalued companies to invest in. And at the end of the day, the probability of a stock rising higher is typically greater when it has suffered severe price damage.

3. Sometimes a stock is cheap for a good reason

For Voaden, one of the best pieces of advice he ever received came from a professor during his CFA studies. As the professor explained, their former boss told them that if they ever felt like they should buy a stock because the price was so low compared to its trading history, they should ask themselves, “What is going to make that stock go back up again?” Sometimes, stocks are punished for good reasons and it’s unlikely they will go up again in the short term.

A good example of so-called “punished stocks” can be found in the Hang Seng Index. The onset of the pandemic along with strict new regulatory requirements pushed the index down more than 12% over the past 6 months. And while it may be easy to argue that these tighter restrictions are what exposed Evergrande’s overleveraged position that caused stock declines all over China, it’s important to go back to that previous question – “What is going to make this index go back up again?” When you ask this question, an answer emerges: a more moderate regulatory environment that’s friendlier to economic growth. And on some level, we can see this beginning to happen.

4. Always keep the short and long term in mind

In the long run, fundamental evaluation matters. Stocks will eventually align with their assets, current cash flow, and a realistic projection of future cash flow. But in the short term, these valuations can become disconnected from earnings or any other normal valuation method. When it comes to investing, it’s critical to remember that the market really doesn’t care about what you think – it only cares about what others think.

If you’re able to take a step back from your own opinions and can take a tally of what the majority of other investment managers are saying, you can generally get a good sense of what will happen in the short term. Like Buffet said, “In the short-run, the market is a voting machine.” If you’re good at counting votes, you can often get the short-term play just right.

Still, polls don’t always line up with the winning candidate. That’s why it’s important to look at long-term value as well. That way, when unexpected short-term swings do happen, you’ll still be left with holdings in a valuable company you believe in. In Voaden’s mind, it’s always best to limit your picks to only those that have both short and long-term potential.

Realistically, Albert Voaden understands that it’s common for a portfolio manager to be able to build a portfolio that outperforms the S&P 500, but only in the short term. What makes Voaden’s strategy unique is that it has the potential to keep his portfolio outperforming in the long term. To keep moving forward and upward, he hopes to catch up with Bitcoin’s investment performance given that many other cryptocurrencies and blockchain products are continuing to flood the market. Voaden believes that if he is able to continue to outperform the market given another year and a half, his portfolio management skills will be proven to be more than just luck. Ultimately, if he reaches that goal, Voaden’s plan is to start a hedge fund that will solely invest in charitable causes.