From bartenders to police officers, AI robots are entering our daily lives.

From bartenders to police officers, AI robots are entering our daily lives. 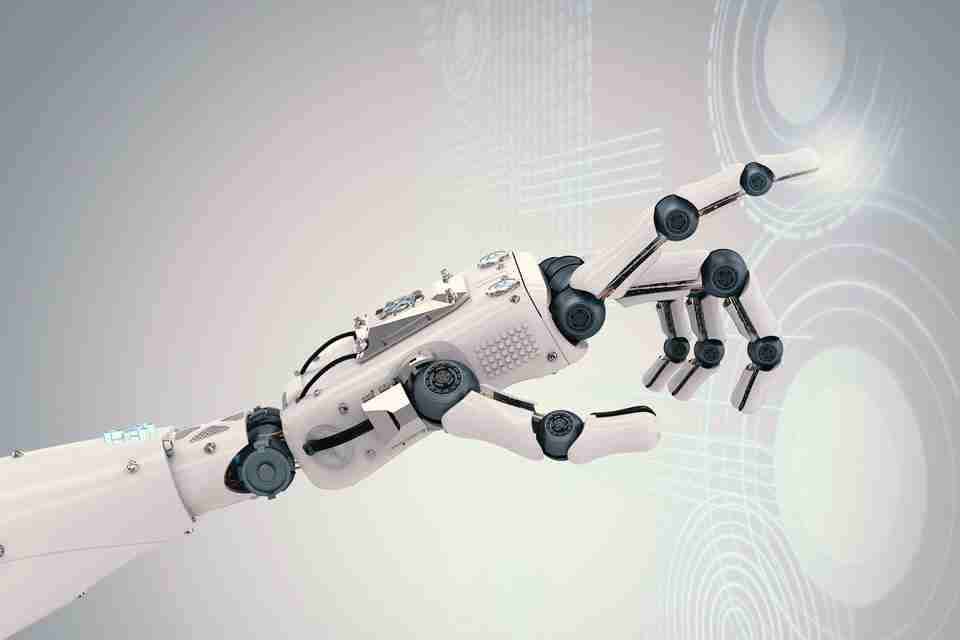 Reruns of the Jetsons, the pinnacle carton from the early 1960s, also makes us question where our robotic house staff is. While everything from sci-fi and commercials to kids’ cartoons has been hinting at a technologically advanced future, we haven’t quite reached peak Jetsons yet.

But we’re also not too far off. From a robotic police force to a polite bot, see which AI robots are currently taking the world by storm.

“It can recognize the shape of a small chess pawn, notify its brain, execute AI movements and interact with its opponent,” said division director Lewis Liu of the Industrial Technology Research Institute of Taiwan, the company responsible for building the machine.

The robot—which was showcased at Taipei’s annual Computex trade show—employs an intelligent vision system. Through this, the full-size AI robot can identify and pick up chess pieces, as well as detect how much is left in your coffee cup to determine if it needs to be refilled. Now that is truly important work.

The AI robot’s inventors have stated that they can see several different uses for the bot, from the more expected assembly line application to even helping around the house in a caregiver role.

The police force of Dubai, known for its supercar fleet of police vehicles, may now be known for a different kind of technology. The opulent city is one of the first to roll out the use of robots on its police force.

Don’t expect it on the mean streets quite yet, however. You’ll find REEM and other robotic cops patrolling Dubai’s luxurious malls and other tourist attractions. The reason for this limited use, of course, is the ethical concern of letting a machine make human decisions in intense situations.

“The problem is that you can’t make a machine responsible for its mistakes,” Alan Winfeild, Professor of Robot Ethics at the University of West England.

Dubai intends to have AI robots make up 25 percent of its police force by 2030. Their next application? Receptionists at the police station.

It’s hard enough for a human to navigate the busy streets of any metropolitan area, and it’s especially difficult to do so and remain patient and kind. But MIT is creating a robot that will not only be able to negotiate crowded sidewalks, but do so with some manners.

MIT researchers and engineers have built a droid with the understanding of the social norms of pedestrian movement including on which side to overtake a pedestrian, how much space to leave when passing someone, and what speed to travel.

Researchers have reached this next-level bot by attaching a collection of cameras and laser sensors to its top, which allows it to recognize humans and stay out of their way without slowing down the flow of foot traffic around it.

The polite bot makes new decisions 10 times a second, allowing a machine that navigates more naturally than a pre-programmed robot. This proved true during a test run at MIT, where the AI robot stopped behind someone getting coffee, and even moved out of the way of a group touring the building and campus.

This will be important for companies focused on delivering their goods in urban areas.

Have you ever wished that making the perfect drink didn’t require a mixology degree? Well you’re in luck, because there is now a purpose-built robot with the goal to pour you the perfect drink.

The Makr Shakr, launched in 2014, was designed by Carlo Ratti Associati in Torino, Italy, the birthplace of Martini and Vermouth. The company combines future AI robotics with classic Italian design roots, resulting in this award-winning machine.

You can find permanent installations of the Makr Shakr on Royal Caribbean cruise ships, including the Harmony, Ovation, Anthem, and Quantum of the Seas.

Mobile systems come in a shipping container and fold out into a beautiful bar setup. Over 170 bottles are mounted to the ceiling, with custom valves designed for precision pouring. The two waterproof arms mix and serve your desired cocktail and will even dance when requested. Try to get the bartender at your local to do that.

Six delivery systems move drinks away from the robotics to the drinker, while ice machines, soda and juice dispensers, lemon cutters, cup dispenser, muddlers, blenders, and washing areas are located on the sides.

Your drink ordering is controlled by an app, which comes loaded with several drink recipes or lists of ingredients to make your own.

Although not as flashy as a bartending robot or as in the public eye as the AI robots developed by MIT, DexNet 2.0 is one of the most important robots currently in development. DexNet 2.0 has been dubbed the “nimble-fingered robot”, whose high grasping success rate hints at a sooner-rather-than-later application in industry.

While irregularly shaped items—think shoes, rubber ducks, and even open boxes—are a cinch for humans to pick up, robots struggle with the understanding to apply a proper grip.

DexNet 2.0, created by Berkeley professor Ken Goldberg, postdoctoral research Jeff Mahler, and the Laboratory for Automation Science and Engineering, has an incredible 99 percent success rate when picking up unfamiliar objects.

Deep learning is to thank for this advancement. Researchers and engineers built an enormous database—containing 6.7 million data points detailing 3D shapes—which they then connected to a neural network.

That neural network was then hooked up to DexNet 2.0, allowing it to rapidly study a shape in front of it and then select a strategy to grasp and successfully pick it up and move it.

Think about all the applications on a shop or manufacturing floor, or even at a construction site. We’re excited to see the other applications DexNet 2.0 can be used for.