At Activision Blizzard’s annual shareholders’ meeting, held virtually on June 21, 2022, the company’s CEO Bobby Kotick was reelected to the board of directors for another year. As reported in the official filing, more than 553 million votes were cast to reelect Kotick as the CEO of the video game company he’s been running since 1991. The chairman and the other board members were also reelected by an average of 91% of the voting shares, according to the Form 8-K  Activision filed with the Securities and Exchange Commission.

According to a statement from the company, “Consistent with our ongoing commitments, we will carefully consider the proposal to enhance our future disclosures. Activision Blizzard remains deeply committed to a respectful, welcoming workplace for all colleagues.” Also during the shareholder meeting, approximately 88% of the shares present approved executive compensation, while about 95% voted against adding an employee representative to Activision Blizzard’s board of directors.

The company’s mission has always been to “connect and engage the world through epic entertainment.” According to a statement from Activision Blizzard, “Through communities rooted in our video game franchises, we enable hundreds of millions of people to experience joy, thrill, and achievement. We enable social connection through the lens of fun, and we foster purpose and a sense of accomplishment through healthy competition.” 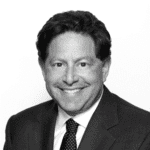 The statement continued, “The Activision Blizzard board remains committed to the goal of making Activision Blizzard the most welcoming and inclusive company in the industry. Under Bobby Kotick’s leadership, the company is already implementing industry-leading changes, including a zero tolerance harassment policy, a dedication to achieving significant increases to the percentages of women and nonbinary people in our workforce, and significant internal and external investments to accelerate opportunities for diverse talent.”

In April, the gaming giant confirmed the addition of two women to its board of directors. First, it elected Lulu Cheng Meservey, the vice president of communications at Substack, to the board and then nominated Bacardi Ltd. executive Kerry Carr at the annual shareholder meeting. The women replaced board members Casey Wasserman and Hendrick J. Hartong III, who weren’t standing for reelection.

Meservey will operate as part of Activision Blizzard’s new workplace responsibility committee. The firm behind Call of Duty, Tony Hawk’s Pro Skater, World of Warcraft, and Seiko: Shadows Die Twice formed that committee in November 2021 to keep an eye on the company’s efforts to establish new policies, commitments, and procedures to create a better workplace culture.

Kotick praised Meservey and Carr for bringing essential skills and experience to his Santa Monica, California-based video game holding company. According to Activision Blizzard’s lead independent director, Robert Morgado, the addition of Meservey and Carr to the board “reflects a continuation of the board’s refreshment process” because many of the directors have been connected to Kotick or the company for a long time. Morgado has been on the board since 1997.

“We have a chance to further enhance our culture and be the example other companies will follow,” said Kotick. “We are so incredibly fortunate. Connecting and engaging the world through joy and fun is a powerful mission. Accomplishing this in a welcoming, inclusive workplace ensures we will achieve our mission with excellence.”

He has said that “being able to inspire young people to go off and be entrepreneurial is something I get a lot of joy and satisfaction from. And then for the company, it’s a culture of really inspired, driven, creative, ambitious people. And so I come to work, and I get very energized by the people that I work with.”

According to Bobby Kotick, if you’ve ever wondered where the Activision name comes from: “I was in high school when the name was created. The company was founded by four ex-Atari engineers who wanted to build an independent software company, and their vision for the future of television was that it would be interactive. So they took two great words that worked together with interactive television and formed the name Activision. And I think it very much embodies that what we do is creating interactive television.”