The American Council of Engineering Companies’ (ACEC) Engineering Excellence Awards Gala set an all time record this year with over 700 guests, dignitaries, and council members in attendance.

Known as the Academy Awards of the engineering industry, the 2017 gala showcased 162 projects from around the world. Of those, 36 projects were selected for top awards by 30 judges.

“This is an incredible honor for a remarkable project,” said  Administrator of the SR 520 Bridge Replacement and HOV Program for WSDOT, Julie Meredith. “An amazing, collaborative group of people deserve credit for this.” 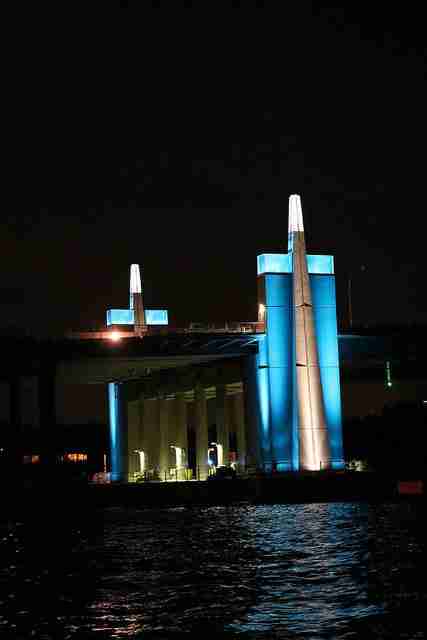 A Behemoth of a Bridge
Seattle’s SR 520 floating bridge measures a whopping 7,708 feet—1.5 miles—making it the world’s longest floating span of highway.

Surprisingly, it’s only 130 feet longer than the bridge it replaced, which originally opened in 1963.

While the concept of a floating bridge is unconventional, it’s the most practical for this particular location. Lake Washington has a very unique body of water. It has 200-feet deep waters and soft lakebed that render it the best spot for a floating bridge.

The new bridge is supported by 21 of the heaviest and widest pontoons ever built—each weighing around 11,000 tons. An additional 54 supplemental pontoons, cables, and anchors serve to further stabilize this floating bridge.

The SR 520 is also built to withstand winds of up to 98 miles per hour and over six-foot wave heights. To put that into perspective, a wave of that measure is the equivalent of a 100-year storm surge.

Basic features include its six travel lanes for vehicles and its designated transit and high occupancy vehicle lanes in each direction. Engineers have also designed this new floating bridge to include school buses, carpool lanes, and a 14-foot wide shared pathway for pedestrians and cyclists.

Hard Earned Recognition
Despite this floating bridge having been opened for traffic over a year ago reconstruction continues. Once completed, the bridge—and connecting highway—will reportedly experience a 10 percent increase of traffic during off-peak hours, and a 17 percent increasing during peak traffic.

Seattle’s floating bridge has drawn much well-deserved attention and recognition.

The floating bridge has been celebrated across the U.S. with awards such as: the APWA Washington Chapter’s Project of the Year for Transportation Projects over $75 million, the 2040 Vision Award from the Puget Sound Regional Council in 2016, and the Gold Award for Structural Systems from ACEC Washington in 2017, among others.

“This is one of the great engineering feats of our time,” explained Roger Millar, Secretary at WSDOT.

“The new bridge is an example of how our state is working to build a resilient, world-class, multimodal transportation system that will serve generations to come.”