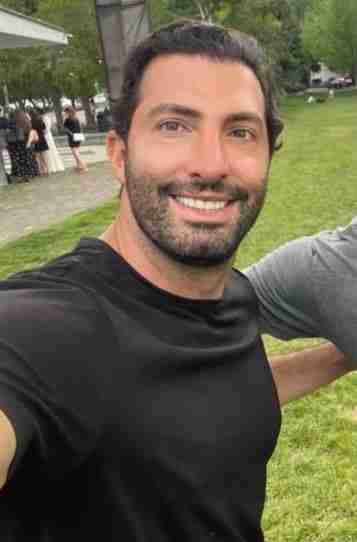 Abe Issa, lifelong solar energy expert and industry leader, talks about President Biden’s Inflation Reduction Act of 2022. The IRA, as it’s commonly called, is America’s single largest investment in climate and energy savings in American history.  “After much deliberation, it was signed into law on August 16, 2022,” Abe Issa recalls. The bill covers work done on the home before September 30, 2031. It’s pretty complex as far as a bill goes, and it’s very lengthy,” Abe says, “but the bottom line is that it allows a whopping 3.6 billion dollars back into the economy in the form of rebates and tax credits for homeowners who make the switch to solar energy.”

This is great news for entrepreneurs like Abe Issa who have been working their whole life to promote greener living. “It’s a tremendous step for the environment,” he says.  “The benefits can be used to upgrade a home’s energy efficiency, which in turn contributes to even more savings for the homeowner and reduces our carbon footprint at the same time.”

The domino effect from the Inflation Reduction Act is right in line with Abe Issa’s vision for America’s future.  “I see a full 15% of America’s homeowners using solar energy in some form or another by 2025, he says.  Not only does this mean increased savings for families, “it also reduces the carbon emissions we use, resulting in some very tangible long-term effects,” he adds.

“The bill gives incentives both in cash rebates as well as tax incentives,” Issa adds. It’s the biggest spending bill on helping to create clean energy for decades. “This bill gives both rebates and tax credits,” he explains. “Rebates are usually given at purchase or shortly after,” he says, “while tax credits are given when you do your taxes each year.”

He goes on to discuss some of the programs involved in the bill. “First, there’s the HOMES Rebate Program which provides multiple billions to the individual states to help their residents convert to greener energy,” Abe Issa explains. He goes on to say the rebates will depend on the type of changes that are made to the home, like adding solar panels or installing new windows.  “Some homeowners who can cut their energy usage by 35% will be able to get up to $4,000 in rebates, he says.  “It’s even more for the low-income families, who can get up to $8,000 in rebates.”

The second part of the bill is the High-Efficiency Electric Home Rebate Act, also known as HEEHRA.  Abe Issa explains this program is a massive rebate program aimed at the lower to middle-income families. ‘It’s designed to help them upgrade their homes by becoming more energy efficient. As the name suggests, the program is mostly for specific appliance purchases and other upgrades”, he explains. One such purchase he sees as becoming popular is heat pumps.  “This program gives rebates for homeowners up to $8,000 for those to make the switch to a heat pump,” Abe says. “It’s so much cleaner and less expensive than fossil-fuel.”. As an example, Abe Issa discussed how gas and oil heaters can use up to 50% more energy.  “It’s a great way to bring our energy footprint down and save the individual homeowner money at the same time.”

If someone is interested in learning more, there are a couple of things to know before you get involved, Abe Issa says. First, he recommends you understand all the provisions of the program before you sign up. “There are caps on these programs,” he says, “and the rebates and tax credits really depend on your income.” He explains that middle-income consumers can expect to get about 50% of their costs covered by the rebates while low-income consumers can look for up to 100% of their costs back, up to the $14,000 cap. “Be sure you know what you qualify for ahead of time,” he adds, “so there’ll be no surprises later.”

Either way, Abe Issa says homeowners should get prepared to take advantage of these programs as soon as possible.  “They’re going to really give the energy market a boost and we expect a lot of activity, so don’t delay,” he adds.  Start off with requesting an energy audit of your home. “Then, once you know what your options are, start talking to contractors about your choices.”  Education is always a good thing, he says.  “Once these programs become live, you’ll be ahead of the game and will be ready to take advantage of the savings.”