A year of COVID

My oh my, how things have changed

My oh my, how things have changed 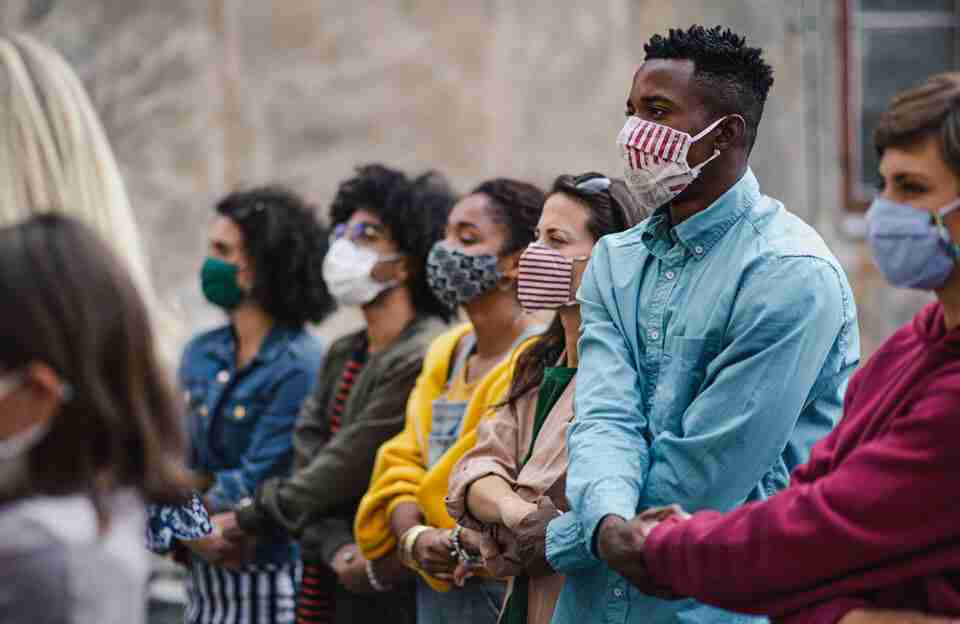 Whatever this is, it’s been going on for more than a year now. Whether you mark the beginning from March 11—when the World Health Organization declared a global pandemic, then-President Trump announced a travel ban on the European Union, the NBA stopped play, and Tom Hanks announced he had COVID—or a more personal date like your last day in the office or taking your kids to school, 12 months have come and gone.

In that time, we’ve seen more than half a million Americans die directly because of COVID-19. So many have died that collective life expectancy in the US dropped a full year. That doesn’t mean that those of us who survived will live a year less. But in meaningful ways, we’ve still all lost a year.

Not that a lot of events didn’t take place. We’ve seen tens of millions of people march in support of racial justice. We’ve seen government change hands, and not peacefully. We’ve seen every vulnerability in our society exposed. What we haven’t seen nearly enough of are our friends and loved ones. We’ve also seen that when we really need to, we can develop effective vaccines against a brand-new virus at mind-boggling speed. Even with that extraordinary shot of hope, we’ve seen how challenging it can be to go from creating effective vaccines to getting them to people.

What have we learned? Well, a lot about epidemiology. Though with that has come as much misinformation as good information. We still aren’t great, by and large, at discerning reliable sources of information from quackery. We’ve learned that while many professions can be productive while working remotely, living life online makes us all a little less human. On the flip side, we’ve been reminded just how much we depend on people being physically present to provide services we rely on even as we automate more and more. 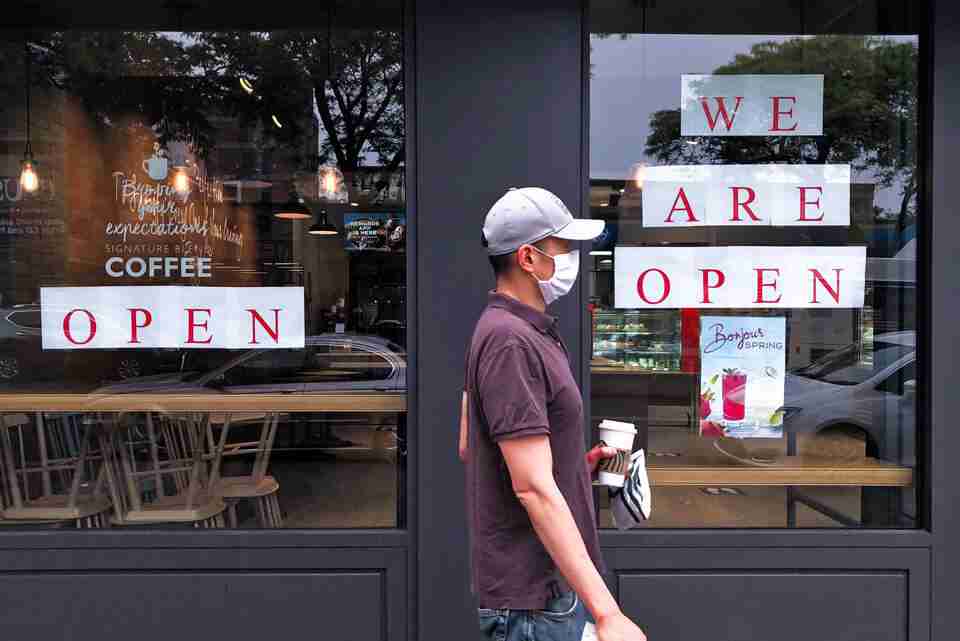 ‘Survival is the name of the game’

Last spring, when much of the nation shut down, we got an eye-opening look at whose work was essential to making sure the rest of us can live our lives. Yes, it was medical professionals, but it was also delivery drivers, workers in warehouses and meat-packing plants, and restaurant workers.

In late March of 2020, BOSS spoke with Nicholas Hammond of Pacific Coast Spirits in Oceanside, Calif. The distiller had just transitioned his operation to making gallons of hand sanitizer amid a nationwide shortage. A year later, Pacific Coast Spirits is back to what it does best, making handcrafted small batch spirits. Hammond said there is still some sanitizer, even after the big producers have long since recovered and met demand.

“It’s not our primary focus, but it’s a hat tip to what kept us going,” he said.

The distillery and farm-to-table restaurant never did have to shut down completely, but there were some low points. Hammond had to lay off workers who were more like family, and there has been a lot of attrition.

“There’s been a lot of angst for many people in the service business. Many people are scared to return to the service industry,” he said. “We have an entirely different crew now.”

While Hammond noted that Pacific Coast Spirits has been able to attract great talent, that has happened in large part because other places went out of business.

“For a while, there weren’t many businesses operating around us, so we were able to build up a base of customers. It’s been a mixed bag of opportunity and change. We’ve tried to look at the glass as half-full and look ahead to the future. Survival is the name of the game.”

More than 110,000 bars and restaurants in the US closed in 2020, and sales fell more than $240 billion. In a LendingTree survey, half of respondents said their favorite restaurant had gone out of business. Supporting local restaurants has been a rallying focus for direct action that’s easy to do for most Americans stuck at home. Even with indoor dining closed for varying lengths of time in different states, people could always order takeout or delivery (though third-party apps take hefty fees for delivery).

It hasn’t been enough to keep many places afloat. Hammond is thankful to have some factors working in his favor.

“We have a big parking lot outside and we’ve been able to convert about half to picnic benches and plants, so we’re at a similar occupancy to before the pandemic,” he said on Feb. 25, looking forward to being able to open partially for inside dining in early March. After opening in November 2019, Pacific Coast Spirits got just a few months of being able to welcome guests inside before everything changed. “We’ve been fortunate to have the California weather, and we’ve had heaters everywhere during the winter months, although there’s now been a shortage of propane heaters.”

It’s not that Hammond and his team haven’t also worked hard. Of course they have. It’s that there are so many external factors that are outside an entrepreneur’s control. A year ago, having a parking lot was a bonus, but it wasn’t the dining room. People breathing too close to each other isn’t a problem for businesses until there’s a highly contagious respiratory disease going around.

Just as we celebrate that local places like Pacific Coast Spirits are still here, we mourn the ones that have closed. We mourn for owners who lost their livelihoods and frontline workers who have had to make the impossible choice between their jobs and their health. We mourn for the intangible things we’ve lost too: gathering together, sharing a meal and a laugh, and forgetting about our myriad troubles if only for an hour or two. Being around other people is vitally important to us, so it’s jarring when the nicest thing you can do for someone is keep your distance. 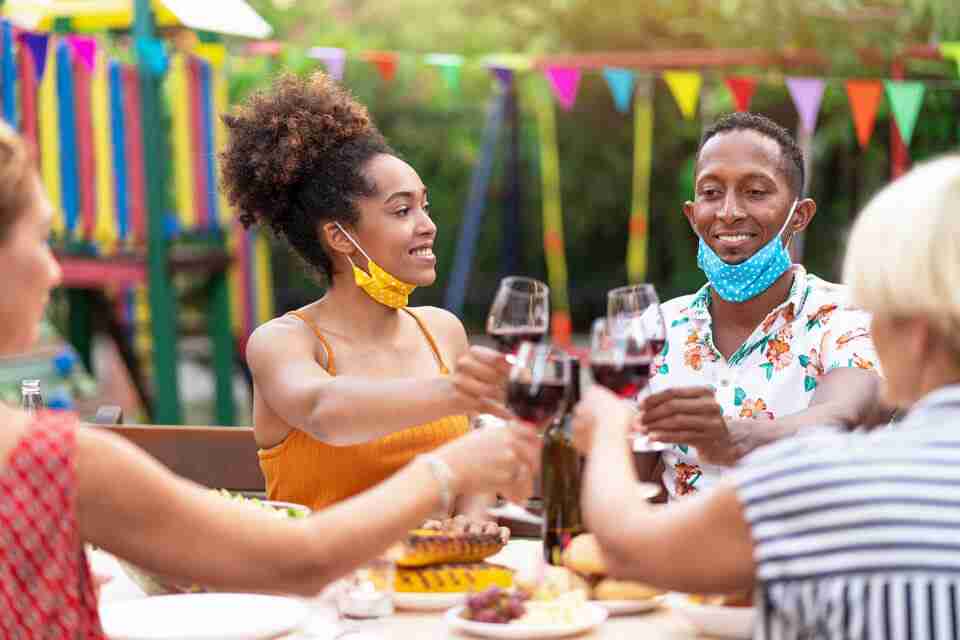 But for a moment, let’s take Hammond’s glass half-full view. The day we spoke, San Diego County had just informed him that vaccinations for foodservice workers were set to begin. He was amazed at how many locals and first-time customers came to support his business.

And while the last 12 months have brought a lot of bad, time, Hammond said, has been on his side.

“The whiskey has just gotten better.”

Like any business owner proud of his accomplishments, he was thrilled to talk about the new bourbon and single malts Pacific Coast Spirits had coming out. It was a sign that things could get back to some semblance of normal and we’d soon be able to have all those celebrations that have been put off a year.

“Making spirits has been a blessing,” he said. But he’ll never forget that moment in time when he was in the hand sanitizer business.