Defeating global climate change is going to take a combined effort. From governments to businesses to everyday individuals, working together to reduce carbon emissions and individual carbon footprints begins with a single step. 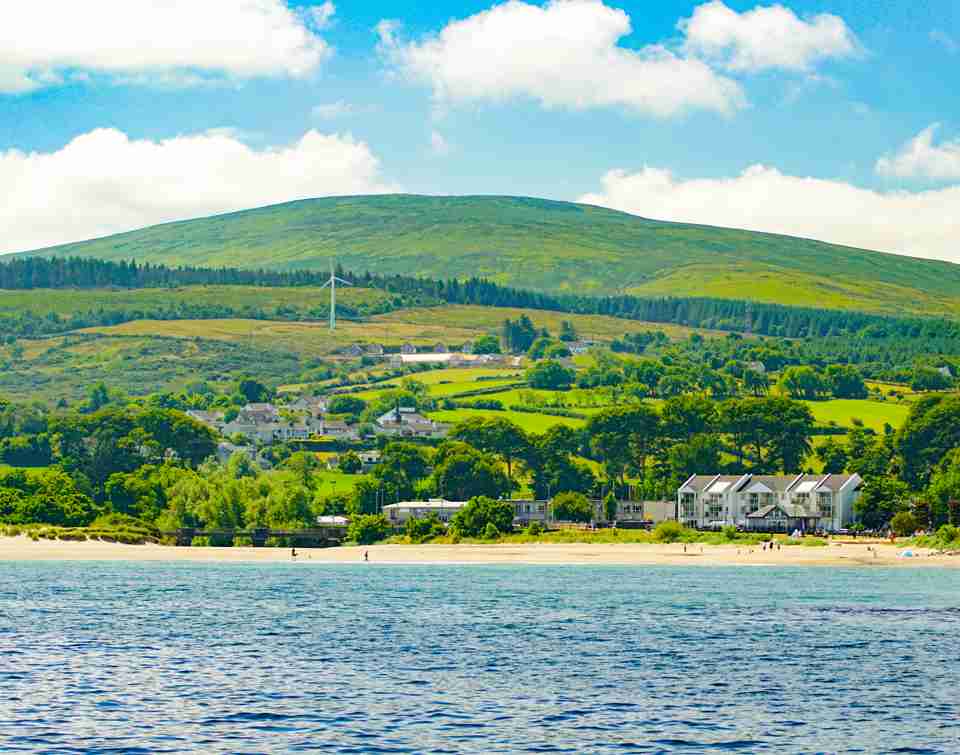 As the world’s biggest polluters come from the largest nations, one might hope they would lead the charge in defeating arguably the greatest danger we collectively face today.

While efforts are being made to reduce pollution at a mass scale, the place where one might actually find the most inspiration is occurring in some of the world’s tiniest places.

Small islands across the world are, in reality, leading the fight against climate change, taking the fight into their own hands as they make it their personal mission to reduce carbon emissions.

In guiding what is being called the “green transition,” these tiny islands are acting as a proving ground for what may need to happen on a mass scale if we are to ultimately ward off climate disaster.

Rathlin, resting off the coast of Northern Ireland, is one small island doing its part, with a stated goal of being entirely carbon-neutral by the year 2030.

Home to only 160 people, Rathlin started using wind turbines to power the island back in 1992, taking advantage of the near-constant windy conditions its residents face.

The turbines also gave the island electricity for the first time, with inhabitants previously having to use generators to complete tasks such as washing dishes or heating water.

Ultimately, the turbines fell into disrepair after around 10 years, but Rathlin, which in 2007 was finally connected to the Northern Irish electricity grid, remains contrite in its goal to return to clean energy.

“The island relies on its ferry service, home heating oil, diesel and petrol for transport on-island and gas for cooking,” Michael Cecil, of Rathlin’s Development and Community Association, told the BBC. “All of those things produce carbon dioxide and other gases that pollute the atmosphere. We’re keen to remove as much, if not all of that, as possible.”

Cecil said the island wants to lead by example with its climate goals, which, as of July of last year, included a plan by Rathlin’s Department for Infrastructure to get an electric car for the community along with 20 e-bicycles.

“If you look around, you’ll see the beauty and the nature that surrounds us,” Cecil told BBC. “The residents are keen to protect and enhance what’s here. If we can do our bit to reduce emissions and slow down climate change then we’re very keen to do that.” 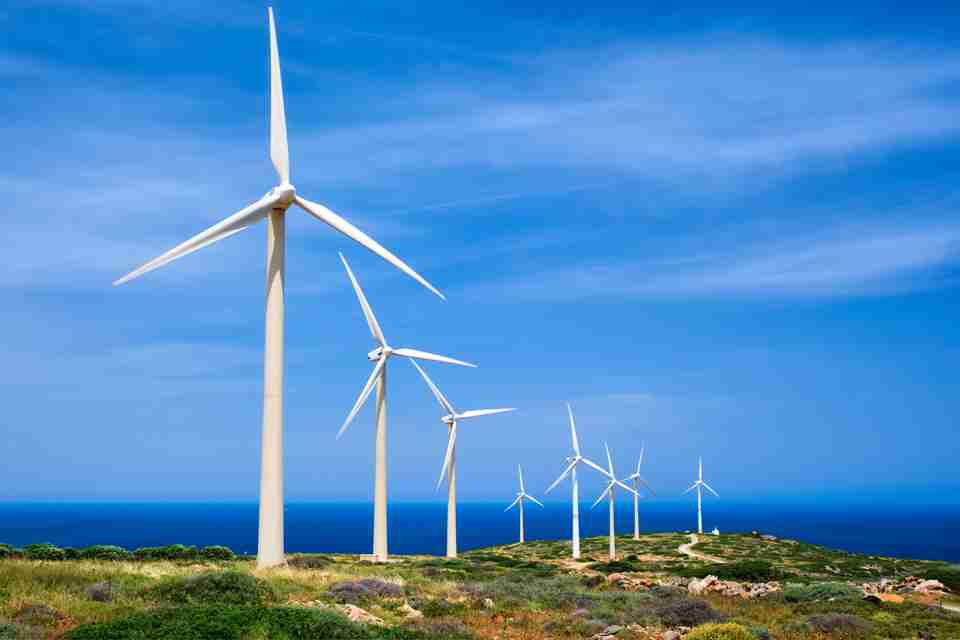 Other small islands are also doing their part, including the Danish island of Samsø, which has begun to embrace renewable energy sources to go along with electric vehicles and sustainability ambitions. The island relies entirely on wind energy to get its power and heat.

Samsø, home to around 4,000 people, combined islanders’ own funds — along with a bank loan — in 2000 in order to afford 11 wind turbines, which they use to help power their island, on their own terms.

“We didn’t like the idea that somebody would exploit the wind that we were living with,” Søren Hermansen, chief executive of the Samsø Energy Academy, told the BBC.

These days, Samsø sells the surplus energy it has back to the Danish grid, and long ago paid back the bank loan, according to Hermansen.

Samsø also takes advantage of its own renewable resources, burning waste straw from farms as a way to provide heat, for example, and has invested in a number of green projects which offer job opportunities and improve life quality on the island.

Hermansen says this clean way of living should encourage others to migrate to the island, in search of a greener way of life.

These so-called “eco-islands” have become beacons of hope by showing what can be possible for bigger countries, as they seek to mirror a world not reliant on fossil fuels.

Some have pooh-poohed the contributions of the islands, declaring that they are simply drops in the ocean when it comes to combatting climate change, and can even discourage bigger nations from fulfilling their own responsibilities.

These nay-sayers may be missing the bigger picture, however, as the islands serve as something of a control group for what can be possible on a larger scale. 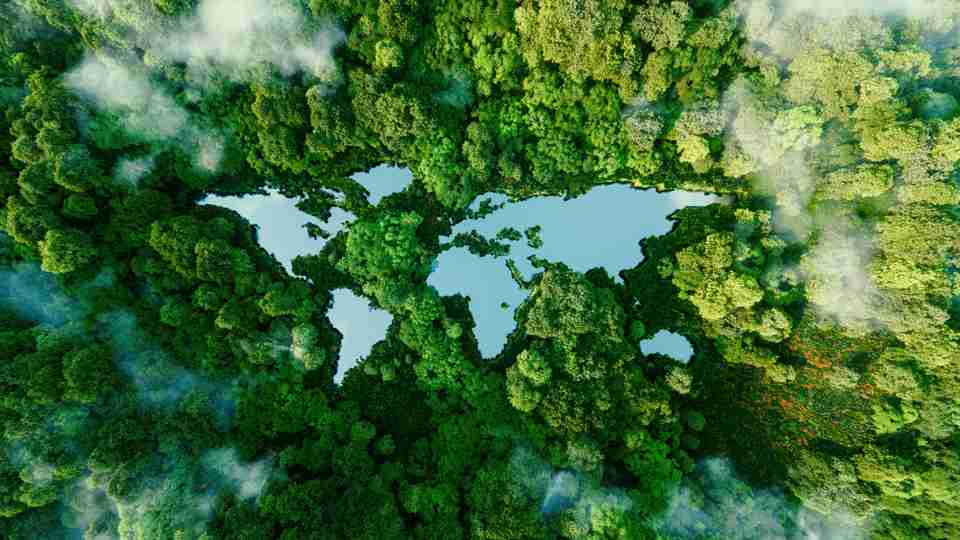 
Back in Rathlin, residents have become all too aware of the dangers of climate change, with storms surrounding the island becoming worse, fish supply decreasing, and fewer birds inhabiting the island.

Cecil said that, despite the degrading conditions, the island’s inhabitants are ready to take matters into their own hands to fight back.

To start, Cecil and his consorts are working to install a single wind turbine, which will be able to power around 100 homes on the island, and have begun encouraging residents to adopt vehicles that produce low emissions.

A system of solar panels is also already on the island, which will be able to help charge compatible vehicles, and Cecil says he hopes to install a wind turbine which can produce hydrogen from freshwater that can be used to power ships or sold to nearby organizations looking for carbon-free fuel.

While the work and investment by the islands is meaningful, the bigger question remains if the fight against global change is better served by smaller individual efforts or by sweeping government policy enacted by large governments.

In theory, both can work, however, ultimately, the island way of life is, while inspiring, limited in what it can do to halt climate change on a global scale.

“Islands are different,” Cecil told the BBC. “They have a long history of being left out and being left behind and not being supported. They have to do things themselves.”