A Generation of Voices for Change: Exclusive with UN Women

Today’s generation of young people is the biggest in history. Of the nearly 7.3 billion people on Earth, 1.8 billion—or nearly 25 percent—are young people.

The vast majority—87 percent—live in developing countries where the majority of the population is under 18. This demographic will grow the most in Africa: the country is expecting to see the next population bulge in 2025. 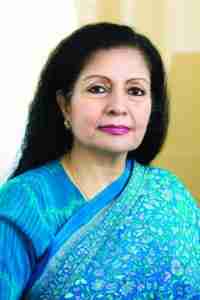 As Lakshmi Puri, Deputy Executive Director of UN Women, shared statistic after statistic concerning the young people of the world, I quickly realized just how passionate she was about the spirit of a generation of people that is generally lambasted by the media in the United States.

As one of the billion-plus people in this generation, I knew I had a lot to learn from someone who had been fighting for the rights of women and young people for much of her nearly 15-year career with the United Nations.

“I am inspired and energized when I meet the young people of today,” Puri shared. “I have the opportunity to meet a lot of young people in the U.S., and there’s no question that there’s been an explosion of youth awareness and engagement with issues that affect the world and people’s well- being.

“These are the issues of the UN. I’m very pleased to see young people engaging in advocacy campaigns and stepping up for gender equality. Young people can really contribute to building movements for change, just like they did in shaping the UN’s Agenda 2030.”

Puri has an impressive career of diplomatic service for India, which started at age 21 after she passed the country’s incredibly rigorous civil service exam—on par with the difficulty of the Bar or CPA exam in the U.S. Although being a diplomat presented many difficulties, Puri was honored to perform the duties.

“It was my dream to represent India to the world. There were many challenges to being a woman and being a diplomat. And every three years you move. Balancing family with these responsibilities and commitments wasn’t easy either. But I have no regrets—it was one of the most exhilarating experiences of my life.”

She served her second post as a diplomat in Geneva, where one of four main headquarters for the UN are located. It was her first real introduction to collaborating with the international organization, and left a life-long impression. Fourteen years ago, she made the move across the aisle—from diplomat to UN employee—and hasn’t looked back since.

“The UN is the only place where we can dream about an ideal world, and at the same time bring everyone around one platform to make change happen,” Puri said. “Some change happens slowly; sometimes it can happen in an instant. 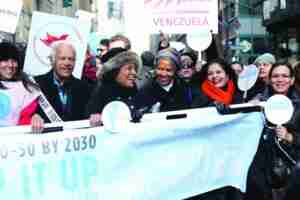 “I used to get impatient about what I was advocating for, like disarmament or heightened security. But I was told that no matter how long it takes, you have to believe in the power of ideas to change the world. That’s the sense of the UN, that it’s all about your values and ideas. And that really attracted me.”

She has been with the UN in different capacities during her tenure—including involvement with human rights, development, trade, and many other campaigns. But for the last five years she’s been an integral part of the leadership team at UN Women, the only entity created by the organization in the 21st century.

UN Women was established by the international community specifically to be a global advocate for women. There are several initiatives UN Women actively promotes, including Planet 50/50: Step It Up for Gender Equality, Agenda 2030, HeForShe, and many others.

HeForShe is the campaign that alerted me to the UN Women in the first place. Actress, feminist, and UN Goodwill Ambassador Emma Watson and her speech to the UN introducing HeForShe opened my eyes to modern feminism, gender equality, and why an organization like UN Women is so important for changeToday, much of the organization’s current focus is on the UN Women Youth and Gender Equality Strategy.

“We’re in the midst of the largest youth generation in the history of humankind, and we’re expecting to see even more youth growth over the next 10 to 20 years. Gender equality, education, sustainable consumption, and other issues must harness the power of youth in their solutions. 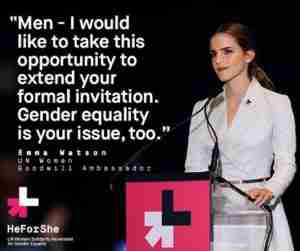 “If we want transformation, we cannot doubt the agency of youth.”

Puri shared that older generations do not have the propensity to change like newer generations. UN Women has recognized the context of youth and gender equality, and has built a strategy that targets young female empowerment. But the strength in the LEAP strategy lies in its engagement with young men to drive the movement.

The last five years alone have presented strides forward in many areas, including the age profile of people—specifically women—in business and government. The work is far from done, however. For UN Women, two areas of action are the focus.

Strategies are in place and consistently being redeveloped to push change with constitutions, laws, policies, and measures at both a local and national level. UN Women’s goals aim to change international levels of government so that young women’s rights are prioritized and protected, and local support is absolutely integral to this plan.

So is building movements in support of new legislation. You can’t change laws without local, grass-roots support, and Puri believes this is where the younger generations can really bring about change.

“The role of youth partners is to challenge old gender stereotypes and norms, which are detrimental to the success of women, and to replace them with new gender-inclusive policies. They are a strategic opportunity: a chance to tap into a wealth of new talent and advance national global development goals.”

There are a lot of different factors that contribute to the UN Women’s ability to encourage movement building among the younger generations. Technology has given people all over the world a voice where they may not have had one before. It’s also allowing more collaboration between generations than previously possible.

“Thanks to the information and technological revolutions, we are finding more similarities and more opportunities to bring everyone onto the same page in the fight for human rights and gender equality. And the best part of this is that young people everywhere can contribute through action on these broad human rights issues. Young people have the power to make change happen.” 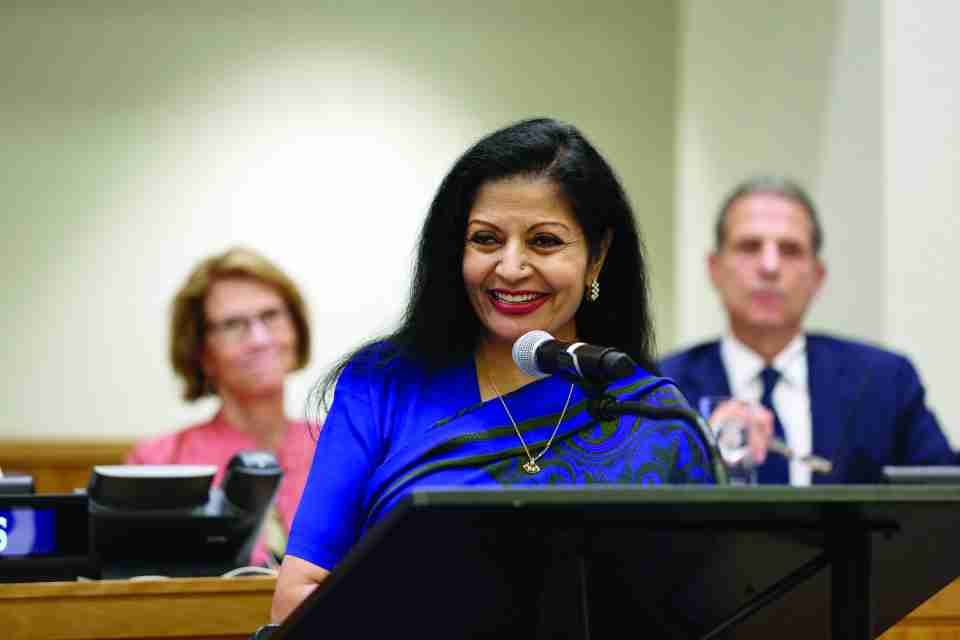 Gender equality is one area where no one country has reached the goals set forth by UN Women. The organization wants to reach its Planet 50/50 strategy goals by 2030, while many believe that full gender equality worldwide could take another century. Puri, and her colleagues at the UN, know this isn’t good enough.

The onus for this level of change can’t just rest on the youth, either. An intergenerational movement that bands together people of all ages—and genders, backgrounds, and economic levels—would create an alliance unlike any before.

“There’s a heavy responsibility that all generations have to help build and encourage the young generation to become agents of a gender equal society. Open conversation—not just in leadership—is crucial to have an effective successive plan.

“Young people can encourage this intergenerational conversation, and help bring about the disruption that will generate change.”

Puri knows that older generations can change their tune when encouraged by the younger generations from personal experience, and is just one of the many contributing factors to why she is leading a life of policy and fighting change for the UN.

“My mother used to tell me stories of the village she grew up in. Girls were married off at 10 or 11. But my grandfather, her father, was influenced by progressive preachers, young men going out and talking to villagers and communities, that education was vital.

“He sent her to an orphanage school to save her from the child marriage custom, and she became one of the first post graduate women in the state of India. Young people—both women and men—engaging with the older generation can bring about a revolution. And I would say that acceleration is only possible if youth are part of the movement.”