A rewarding career can also be a potentially dangerous one

A rewarding career can also be a potentially dangerous one

Finding the right career path can be daunting; imagine if that path was filled with not only the day-to-day challenges of a normal career, but also with challenges that involve life and death. 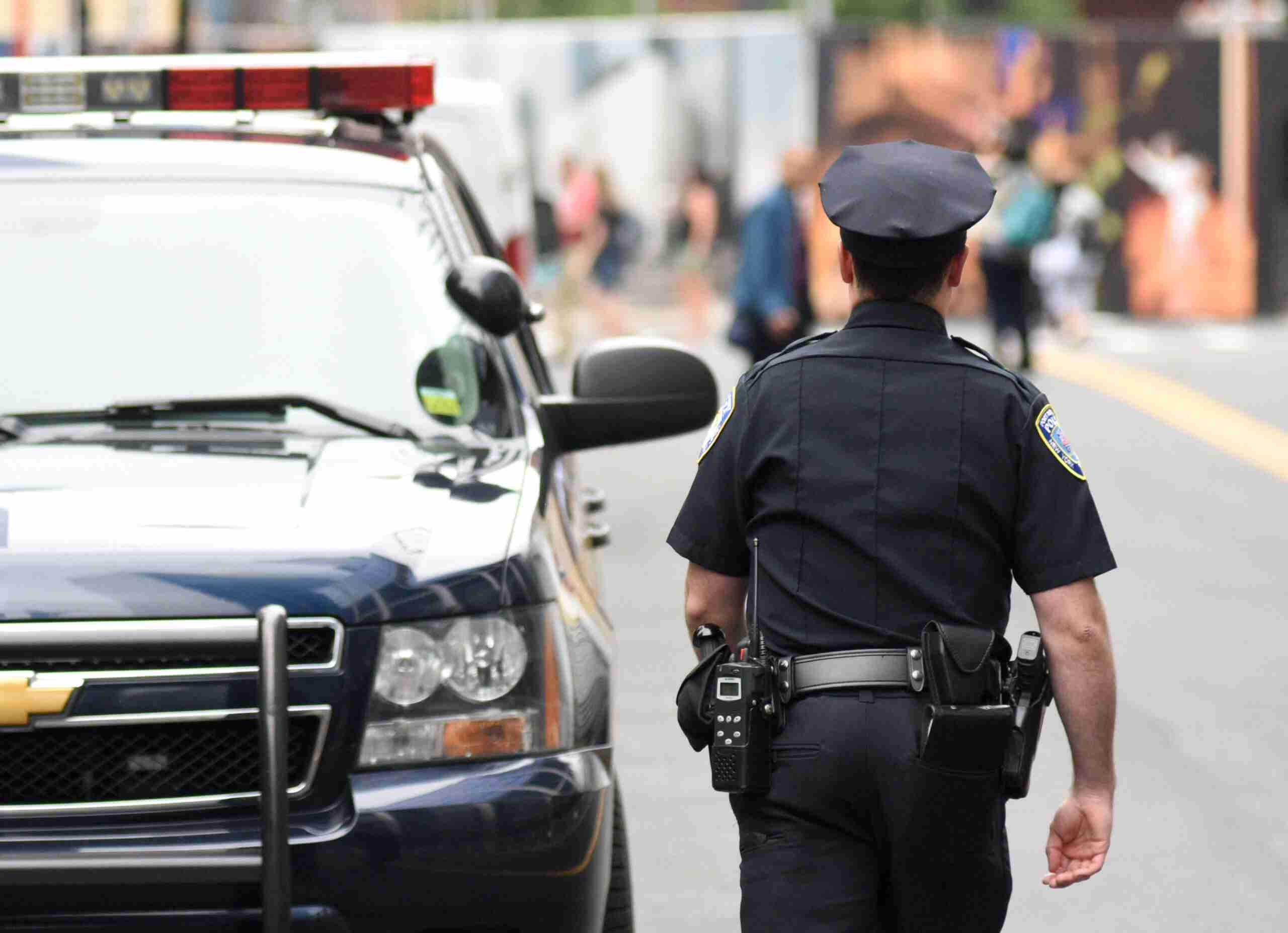 The thing about dangerous occupations, made famous on television shows such as “Deadliest Catch” and “Ice Road Truckers”, is that the pay is often lousy considering the risky nature of the work. The median pay for fishermen is roughly USD$1000 less than the median average. The fatality of fishermen, however, is many times the rate of most other occupations, making it one of the most dangerous in the world.

If you are going to put your health, body, and life on the line for a job, you’re going to want to be compensated somehow. Thankfully, there are professions that—while pretty risky—offer a hefty reward for workers, in the form of an above-average and sometimes even six-digit paycheck. Let’s have a look at the risk and rewards of some of the options:

Commercial diving makes up a tiny portion of the workforce, but takes on a heavy load. These high-risk workers perform construction and engineering tasks such as extraction and welding; there are many dangers of underwater welding, but much like for any other work done by a commercial diver, the reward is plenty. Commercial divers also inspect structures and rig explosives, but for doing all of this underwater they can receive up to 35% more than the national medium in the U.S. with the highest earners reportedly making almost USD$150,000.

You have to pass a diving physical to become a commercial diver, and you’ll also need a high school diploma or the equivalent, along with the proper certifications. The Association of Diving Contractors International and the American Welding society offer up programs for those thinking of pursuing a career as a commercial diver.

It pays pretty well to snoop, but the risks involved might have you thinking twice about donning that trench coat and fedora, and meeting clients in dimly lit parking lots. Most of what everyone knows about private detectives or investigators comes from the movies, but this job is no joke. The people in this profession sustain most of their injuries from physical altercations and car accidents. While the numbers of fatalities or serious injuries are relatively low, not knowing who or what you’ll come across is still pretty risky, so the pay can be quite substantial.

It is not necessarily the risk that bumps up the pay in this case; it has more to do with your experience and qualification. While the job doesn’t have an academic requirement, the ability to learn on the go and from previous experience may help immensely. In most states, however, you will have to have a license. Having a specialization in certain fields, such as computer forensics or insurance fraud, can also be beneficial, not only for solving cases but for pushing up your pay. High pay for someone in this line of work sits at nearly USD$80,000 a year.

Registered nurses are among those professions with the highest number of on-the-job injuries. These men and women endure thousands of injuries a year from overexertion, violence, and falls, both accidental and intentional—not to mention the illnesses and diseases that they’re exposed to on a daily basis. That said, registered nurses oftentimes miss fewer work days due to injury or illness than other workers. However, the typical wage for a registered nurse is 88% higher than the national median, a reward that certainly matches the risk. You will need a bachelor’s degree, an associate’s degree in nursing, or a diploma from a nurse program at the very least to become a registered nurse. If you take on a master’s degree, you can earn even more; the median annual pay for nurse practitioners sits at nearly USD$90,000.

Most people know about the dangers surrounding this profession, and while TV shows might exaggerate the coolness and edginess for audiences, real-life police work is much riskier business. The number of work-related fatalities for police officers is up there with the likes of taxi drivers, sitting at 18.6 per 100,000 workers. The payoff for late nights, dealing with the public, and possible physical altercations is having a salary that’s 59% higher than the national median.

You can join the police academy after high school graduation (or the equivalent) but some agencies require a level of college coursework or degree. The age requirement is 21 years old; younger recruits are considered cadets, and do administrative work until they reach 21. However, obtaining a college degree can beef up your pay check, and a bachelor’s in criminal justice could push your annual pay into six figures.

It may be true that flying is safer than driving, but gravity does win a battle here and there, as is evident in the many episodes of Air Crash Investigations. However, these situations are still quite rare, given the circumstances. The most common injury for a pilot is actually back pain, which is definitely made worse by the countless hours sitting at flight decks. Regardless of whether the idea of crashing or seeing a doctor for your back scares you, pilots are paid mighty well for their efforts, with the annual pay for a major airline sitting at USD$200,000.

Construction foremen suffer from the second highest rate of onsite fatalities of all the careers on this list. Foremen are in charge of entire teams of construction crews, as well as the liaison between owners and vendors, and monitoring the entire project from supplies, training, and machinery use. Construction foremen are often around heavy machinery, hazardous tools, large materials, and air pollution, all of which can pose a serious risk to their health.

According to Indeed, however, the national average salary for a construction foreman or manager is just over USD$85,000. The rate of onsite injuries and fatalities increased by 6% within the construction and extraction occupations between 2007 and 2019, with the highest figures they have seen in a long time. Luckily, these workers are earning well above the median average annual pay.

The life of a professional athlete is glorified in the media so much, it’s almost easy to forget that some sports are so physically demanding that they can cause permanent damage to players and even lead to fatalities. Athletic careers offer very little stability in the long run, and they are mostly short-lived. This is mainly due to the nature of whatever sport you are playing or the level of physicality involved. Fortunately, for most pro athletes, the high reward comes in the form of doing what you love and picking up a great pay check.

The annual pay for a professional athlete averages out to around USD$81,000, which is roughly five or six thousand dollars more than the national median. Pro athletes, if they are smart, however, have the potential to earn much more through paid endorsements. The royalties from these partnerships can see athletes make money right up until retirement and beyond. Michael Jordan is still earning more than most athletes even decades after his retirement; thanks to this Nike royalties back in 2012 his estimated income alone was 80 million (USD).

Miners work in some seriously risky conditions, and with dangerous machinery. Extraction workers – which is a broad term for workers who mine and drill for oil, gas, coal and such, recorded a record low 24 deaths in 2019, but this is the first time in over forty years that this number has been below thirty. Many of these extraction jobs actually pay very little compensation for such high risks, but certain mining machine operations and engineer positions may be a little more tempting. The average salary for a mining engineer is almost USD$93,000. The pay for mining machine operators is substantially less at around USD$50,000, but this is still above the national median.

A rig can be a volatile location with a risk of explosion or pollution. Pretty much everyone who works on an oil rig is putting their safety in the back seat while the job takes the steering wheel. Heavy equipment combined with grueling hours, remote locations, and digging seemingly endless holes into the earth under mass amounts of water, is always going to spell out danger. In many cases, as long as all safety procedures are followed, the risk is lowered; however, it is still a dangerous place to be, no matter if you’re working the switchboard or controlling the drill.

Unfortunately for oil rigs, if something goes wrong, then the coast guard is their only hope and that can take some time. The median pay for working in such risky conditions is roughly USD$51,300. However, 10% of oil rig workers are paid a nice sum of USD$94, 540 a year.

These figures reflect that there are quite a few high-risk jobs that do pay their workers more than fairly to compensate for any danger, injury or ailment that may befall them on the job. Extra challenges should mean extra pay, in some situations that’s not always the case, but the jobs listed above do provide some form of reward for everyday people risking their lives for their work.