Each construction project has added new innovations to the industry: see how.

Each construction project has added new innovations to the industry: see how.

Most buildings are relatively practical and utilitarian, and staying on the well-trodden ground often makes sense. Inside just about every architect or construction expert, though, lies a more creative, freer impulse.

When the world’s most ambitious designers and engineers set their sights on producing something unprecedented, the results can be truly astounding. Whether that means taking simultaneous aim at several long-standing global records or putting up a 125-foot treehouse that respects the beauty of the surrounding forest, these are eight of the world’s most exciting construction projects and ideas of recent years. 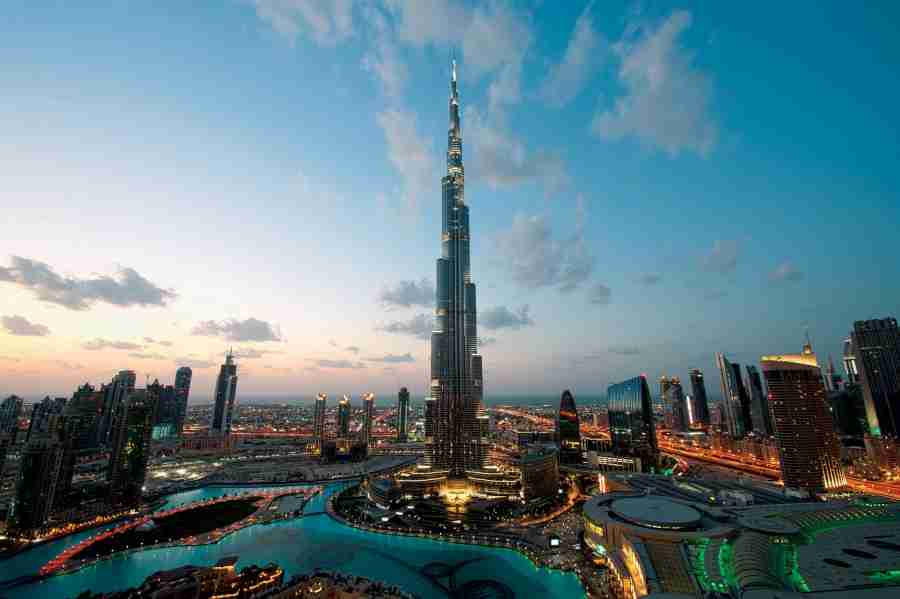 Some architects hope to set a single world record with a new project, but Skidmore, Owings, & Merrill aimed quite a bit higher with their plans for Dubai’s Burj Kalifa construction project.

Upon opening in 2010 after six consecutive years of work, the iconic tower became the tallest structure in the world—at least until 2020 when the Kingdom Tower of Jeddah is complete. Topping out at 2,720 feet above a base inspired by the Hymenocallis flower, this construction project hosts a mix of office, residential, and hotel space.

The Y-shaped cross-section of the Burj Kalifa affords fantastic views of the area surrounding it, with the 31,400 metric tons of steel rebar within capable of encircling a quarter of the globe. Owner Emaar Properties financed over 22 million man-hours of labor to put the record-setting tower up; it incorporates the world’s tallest elevator to serve its 163 inhabited stories, another world-leading total. 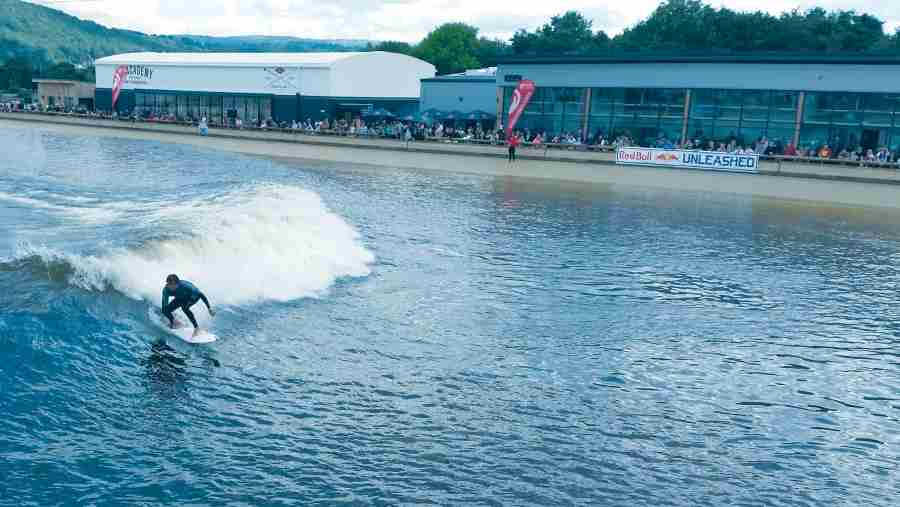 With a nearly $16 million construction budget, the firm crushed and reused over 82,000 cubic feet of material left on site from the property’s days as a sprawling aluminum production plant. With rainwater catchments keeping the chlorine-free, 300-meter pool supplied, daily cycles of ultraviolet disinfection ensure the water stays safe. That allows visitors to focus solely on the 6.5-feet-high waves that course over 490 feet in the span of 16 seconds, with up to 52 surfers enjoying the action at once.

It might not seem impressive at first that J57 Mini Sky City in China’s Hunan province was started in 2013 and finished a couple of years later. That two-year production schedule for the 57-story Changsha mixed-use building and construction project would hardly be anything to scoff at, but the reality is a lot more striking.

In fact, only three weeks of actual on-site work were used to erect Broad Sustainable Building’s most ambitious project yet. Making substantial use of prefabricated steel modules assembled in the company’s 18,000-worker factory in Xiangyin, BSB engineers did away with what would have been over 15,000 deliveries by concrete-bearing trucks.

While a year-long break in the action at the behest of regulators stretched out the schedule and lopped forty stories from the hoped-for total, the finished structure excels in many ways. 580,000 aluminum screws used to assemble the mostly-steel structural modules mean that 90 percent of the work was done off site in an energy-efficient environment. With J57 rated by an independent body to withstand earthquakes of a magnitude 9, BSB plans to build a similarly rugged, energy-efficient modular steel structure of 202 stories in Changsha next. 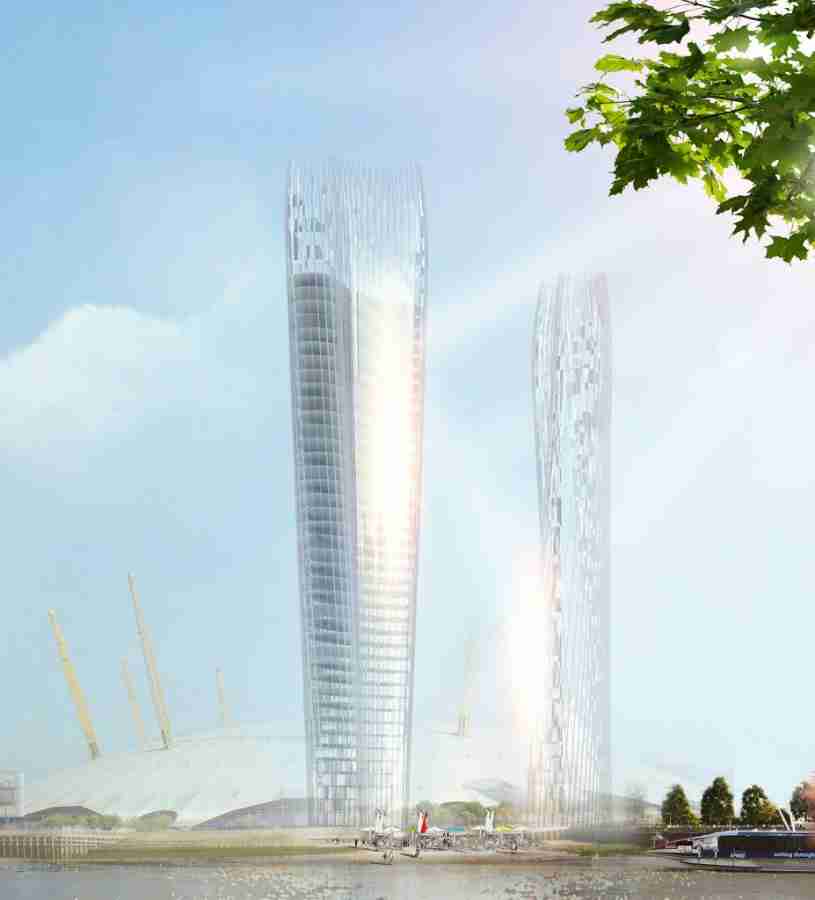 Cities can be cold, dark places, and not just in the figurative sense. Responding to a call for ideas by New London Architecture, London-based NBBJ came up with a solution. Instead of skyscrapers blocking out sunlight and leaving people below feeling morose, the firm’s designers thought, why not funnel that resource down to the ground intentionally?

Although still but a concept, the resulting twin-tower design uses carefully curved surfaces and thousands of individual reflecting elements to create bright, warm space on the ground below. While the curving lines of the towers will be easy enough to realize, each such project will have to make heavy use of complex computer simulations to account for the year-round sunlight patterns particular to every site. Individual reflecting elements will also be tuned to prevent hot spots and glare, deliver natural, comfortable light, and improve everyday life for people far below. 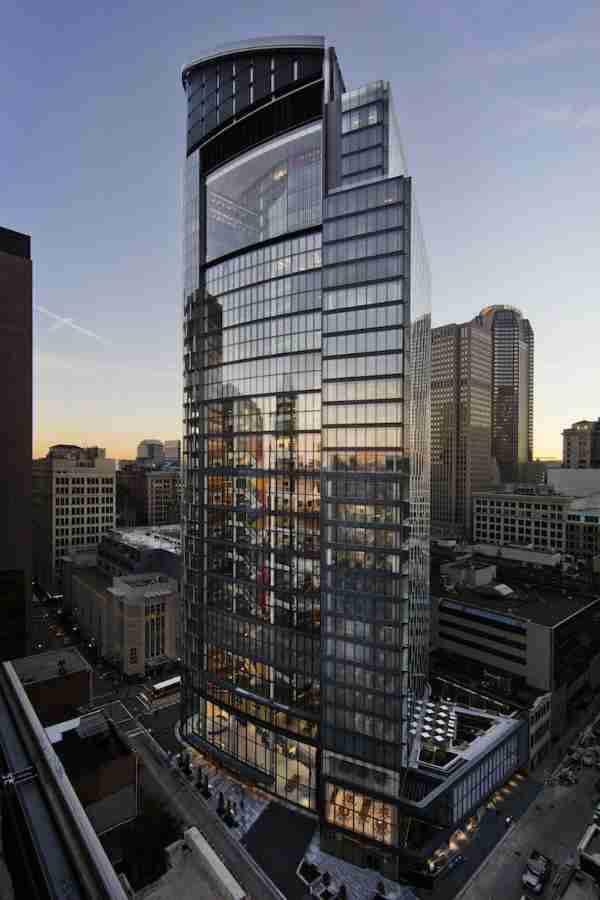 After touring some of the world’s most ambitious architectural projects for inspiration, Gensler’s experts came back with an innovative proposal: a double-walled design that cooperates with a roof-mounted solar chimney to encourage air movement from outside through the $240 million, 800,000 square-foot building.

Since opening in 2015, the new PNC Tower has allowed 22,000 occupants to enjoy natural airflow and sunlight, with a full 42 percent of annual office hours not requiring the use of HVAC at all. 92 percent of the working space within also receives natural sunlight from outside, while touches like stair-connected, two-floor sections that share a single elevator stop encourage employees to collaborate and come closer together. 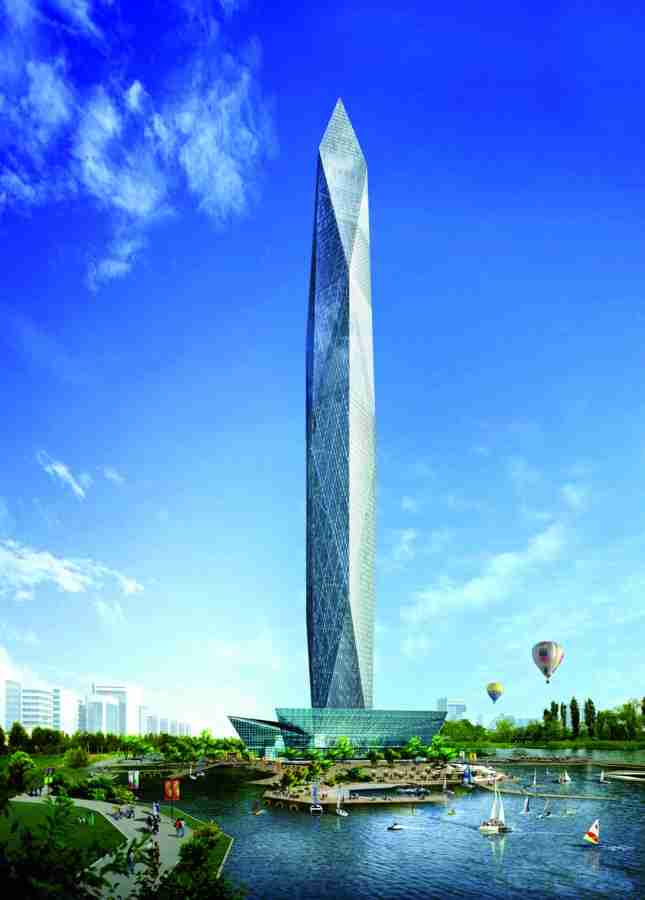 When the South Korean Land and Housing Corporation solicited designs for a building that would reflect the vibrant nation’s strengths, character, and ambitions, Pasadena’s GDS Architects took an unusually low-profile approach. Beating out over 140 entries that arrived from 40-plus countries around the world, the GDS prize winner aims at becoming invisible.

Approved by the South Korean government in 2013, the recreation-oriented tower will top out at over 1,480 feet when it is completed near the Incheon Airport outside Seoul. Only 15 floors will break up that considerable vertical space, making for indoor experiences of an especially awe-inspiring kind.

Even more distinctively, though, Tower Infinity will use high-definition cameras to capture live footage from one side of the building, projecting images across 500 large LED panels strategically positioned on the other. As a result, the finished tower will be nearly invisible from two kilometers away at the Seoul Bridge, despite being the world’s sixth-largest structure of its kind. With the effect only holding up from certain angles and distances, aircraft and birds will not be fooled. 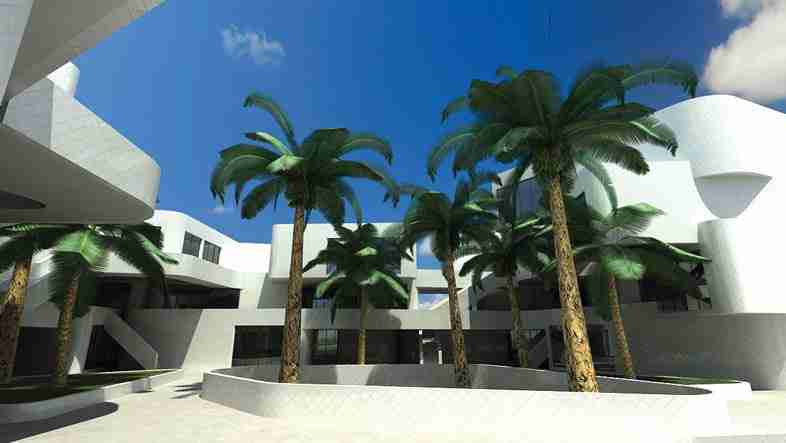 Experts predict that over 70 percent of the world’s population will have migrated to major urban areas by 2050. With more than nine in ten such cities today lying alongside water, population pressures will not always be of a land-based kind.

Based in a country with plenty of experience with such challenges, Waterstudio of the Netherlands has a long history of going a step farther and building successful floating homes.

At this moment, the company is hard at work on its most ambitious project yet. The opening of The Citadel will see 60 luxury apartments erected in modular form atop a single, floating concrete hull grounded on one of the Netherlands’ 3,500 dike-protected polders, or low-lying tracts of land enclosed by dikes forming an artificial hydrological entity. When construction finishes up, the dikes that keep the surrounding land dry will be relieved of duty, launching the world’s first floating apartment complex.

Water pumped through integrated pipes will keep the structure cool, contributing to energy-efficiency gains of over 25 percent. With plenty of parking spaces, terraces, and green roofs to cultivate, residents will be spread across two acres of highly usable floating space in ways that are designed to maximize livability.

West Virginia’s Summit Bechtel Reserve stretches across 10,000 pristine, forested acres and became a crown jewel of the Boy Scouts of America upon its 2009 acquisition. Wanting to equip the reserve with a “living classroom” that would serve visitors and Scouts alike, the group enlisted the aid of Seattle-based multi-disciplinarian Mithun.

The outcome of the partnership was the Sustainability Treehouse, a structure that inspires with its childhood-evoking design and its deep commitments to conservation and efficiency. With 3,357 feet of interior space spread across several levels of its 125-foot height, the Treehouse encourages visitors to move from sheltered, indoor exhibits into the open air and back again.

The Sustainability Treehouse opened in 2013 with a full complement of equipment meant to help it live up to the Living Building Challenge, one of the most demanding standards of its kind. A 6,500-watt solar array, twin 4,000-watt wind turbines, and a 1,000-gallon water storage and treatment system allow for full on-site provision and management of energy, water, and waste. With activity at the Summit Bechtel Reserve expected to pump over $25 million annually into the economy of the surrounding area, the Treehouse’s $7.7 million construction budget could be considered money well spent in more ways than one.