Although lower drug costs are not forecasted in 2017, the healthcare industry will see a rise in adoption of artificial intelligence, blockchain tech, and other innovative trends.

Although lower drug costs are not forecasted in 2017, the healthcare industry will see a rise in adoption of artificial intelligence, blockchain tech, and other innovative trends. 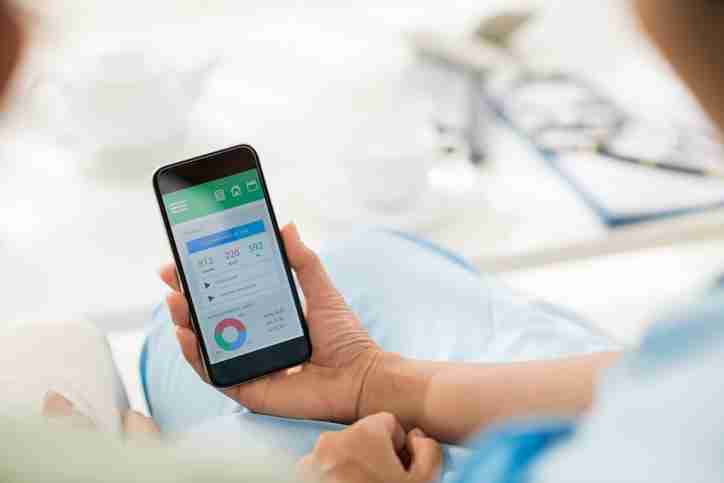 Today’s informed consumers are getting hip to healthcare tech, questioning authorities about everything from the high costs of drugs to their side effects, while demanding the quality care they deserve.

With every New Year, the role of technology widens in the healthcare space and 2017 will demonstrate a promising collaboration between the two industries having more benefits in store for the consumers.

The U.S. healthcare industry is valued at more than $2.8 trillion, and globally 70 percent of health care companies are anticipated to invest in wearables, mobile applications, virtual care, and remote health monitoring for customers by 2018.

Here are few predictions for the healthcare industry for 2017…

Government Fix for Rising Drug Costs
In 2017, prescription drug costs for citizens under 65 years old are expected to grow by 11.6 percent in 2017. Wages of Americans, on the other hand, are supposed to jump 2.5 percent in 2017, according to Segal Consulting.

Medicine costs are higher in the U.S. compared to other developed countries because the country allows drug companies to set their prices. “Increasingly, insurers are passing the cost along to patients through higher deductibles,” wrote the Los Angeles Times.The costs of cholesterol and diabetes medicines are comparatively more while low-cost alternatives are equally accepted.

Citizens expected Congress to tackle the rising prices concern, but they have been left disappointed. Valeant and Mylan, the controversial pharmaceutical companies, aggressively increased the prices of their drugs.

About one in 10 Americans avoid having all prescribed medicines because of the costs. President-elect Donald Trump has said that he is for bringing down drug prices but in the first week of 2017, pharmaceutical companies do not seem to be deterred—continuing to hike the costs.

Artificial Intelligence and Big Data
If you want to see how AI and Big Data improves quality of people’s lives, there’s no better place than the healthcare industry. North America is anticipated to dominate this market in coming years.

Big Data can help physicians in comparing a patient’s data with billions of anonymous, detailed patient records and against the latest findings in world medical research to provide better care. Dashboards with simple language will follow the customized care plan.

Artificial intelligence allows a digital device to recognize objects—like reading a barcode—respond to a request—à la Siri—make decisions as well as change its thinking and behavior based on the data stored in the cloud, such as IBM’s Watson.

Google, Amazon, Apple, IBM, and Microsoft are some of the biggest players in AI space.

AI is one of the greatest reasons behind the success of connected home appliances, autonomous cars, and personal virtual assistants but the impact of AI in healthcare goes beyond convenience. The technology improves and saves human lives.

AI can help in the examination of medical information, decision-making, integrating medical software and cognitive sciences, while providing a repository of the medical database for the future healthcare community.

Applications of AI in Healthcare
The most traditional use of artificial intelligence in healthcare is IBM’s Watson which helps doctors in different diagnostic and evidence-based treatment such as patient risk assessment and oncology.

If you need urgent treatment, you visit a nearby clinic in a local mall or chain pharmacy where you’ll meet a nurse who will pull up your secure and universally accessible, electronic health record (EHR).

For ailments which do not require urgent treatment, people will be able to share a picture or a video of, say, a rash on their skin to your doctor.

A computer will see the image and recommend how to proceed.People with chronic conditions will receive help from a nurse or a doctor but not in the flesh. They can chat with them via the laptop, smartphone, and television based on data from wearable sensors.

A person undergoing a major surgery will be provided affordable care in comfortable settings. For instance, there will be no such thing as an ICU; every single room in the hospital will be a self-contained ICU.

Voice recognition software will take notes and orders for physician notes and enter into the EHR.

AI will replace the need for 24/7 customer service handling administrative requests, such as billing, scheduling, and other clinical requests; and reduce the overall administrative costs for hospitals. AI can also help in finding mistakes in CT scans, MRIs, and other medical images.

According to CBI Insights, 22 companies are working on innovating imaging and diagnostics. 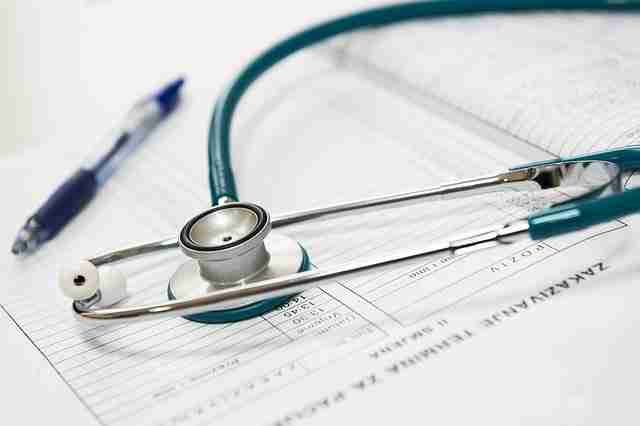 Apple, a Healthcare ‘Game Changer’
Apple has been enormously focusing on health in the past two years collaborating with leading hospitals such as the Mayo Clinic, Epic and Johns Hopkins along with top researchers.

Apple’s chief executive Tim Cook believes that the Apple Watch could serve as a warning system for our body, like those that alert drivers when something is wrong while on the road.

“What is the equivalent for the body? Well, it’s our mind, but our minds convince all of us all too often not to seek help. And many times we don’t know there is a symptom, so if you could have a device that knew stuff about you, it would be pretty incredible and would extend life and extend quality,” said Cook.

While the company faces fierce competition in mobile health and remote monitoring, Apple wants to be the ‘go-to’ for clinicians and patients alike.

Apple devices are a huge hit among physicians who bought the iPhone 5 at four times faster rate than the general public, according to Doximity.

Venture Capital To Revolutionize Healthcare
Even though largest part of the U.S. government’s budget is reserved for healthcare, venture capital funding has more than doubled in the last five years from less than $8 billion in 2010 to more than $16 billion in 2015 according to a Wall Street Journal article. The investments continued to increase right through 2016.

Beyond the financial benefits, these investors could resolve other healthcare issues by driving innovation, reducing costs, upgrading age-old systems, and helping healthcare function efficiently and smartly.

Biotech has been a lucrative sector for investment, but health insurance and revenue cycle management have the potential to emerge as equally strong and profitable markets. Investors are trying to bridge the gap between the tech start-ups and healthcare.

Entrepreneurs are excited to revolutionize healthcare by creating more gadgets and software solutions. Venture funds like Heritage Group, HLM Partners, and UPMC Enterprises are helping tech companies to understand the unique business challenges of healthcare companies while healthcare industry is slowly trying to adopt these innovations.

Blockchain Improving the Healthcare Network
Blockchain technology, which creates a permanent database of online transactions or exchanges, is transforming healthcare information management. The technology provides a better and secure way of storing and sharing health care records as well as paying for the service.

Gem, a blockchain company, created the Gem Health Network, a network for developing health applications and connected infrastructure for healthcare.

“This technology allows participants to move data in real-time, without the need for reconciliation, because each participant is connecting to the same network, working on shared information, and collaborating peer-to-peer  —  all without exposing these channels to theft, forgery, and malice,” says, one of Gem’s engineers, Julian Vergel de Dios.

“Disconnected parties — within an organization or across an entire industry—can now securely converge on the same information, allowing for the development of an entirely new class of applications that will unlock wasted resources.”

Other companies such as Blockchain Health and HealthCombix though taking different approaches to Blockchain—are also working in the same direction to make healthcare more efficient.

More Focus on Senior Care
Aging is synonymous to isolation these days considering the rise in the divorce rates and people avoiding to start a family.HomeHero is an emerging startup that partly deals with this problem but offers a range of vital in-home care services for the aging members. It “is the fastest, most affordable way to find quality in-home care for seniors,” states the company’s website.

HomeHero which started as a consumer app that connected elderly members with caregivers has now teamed up with hospitals to connect patients to home care providers. It is now working on a mobile application to help people track the health of their family members that are provided care by home care workers hired by HomeHero.